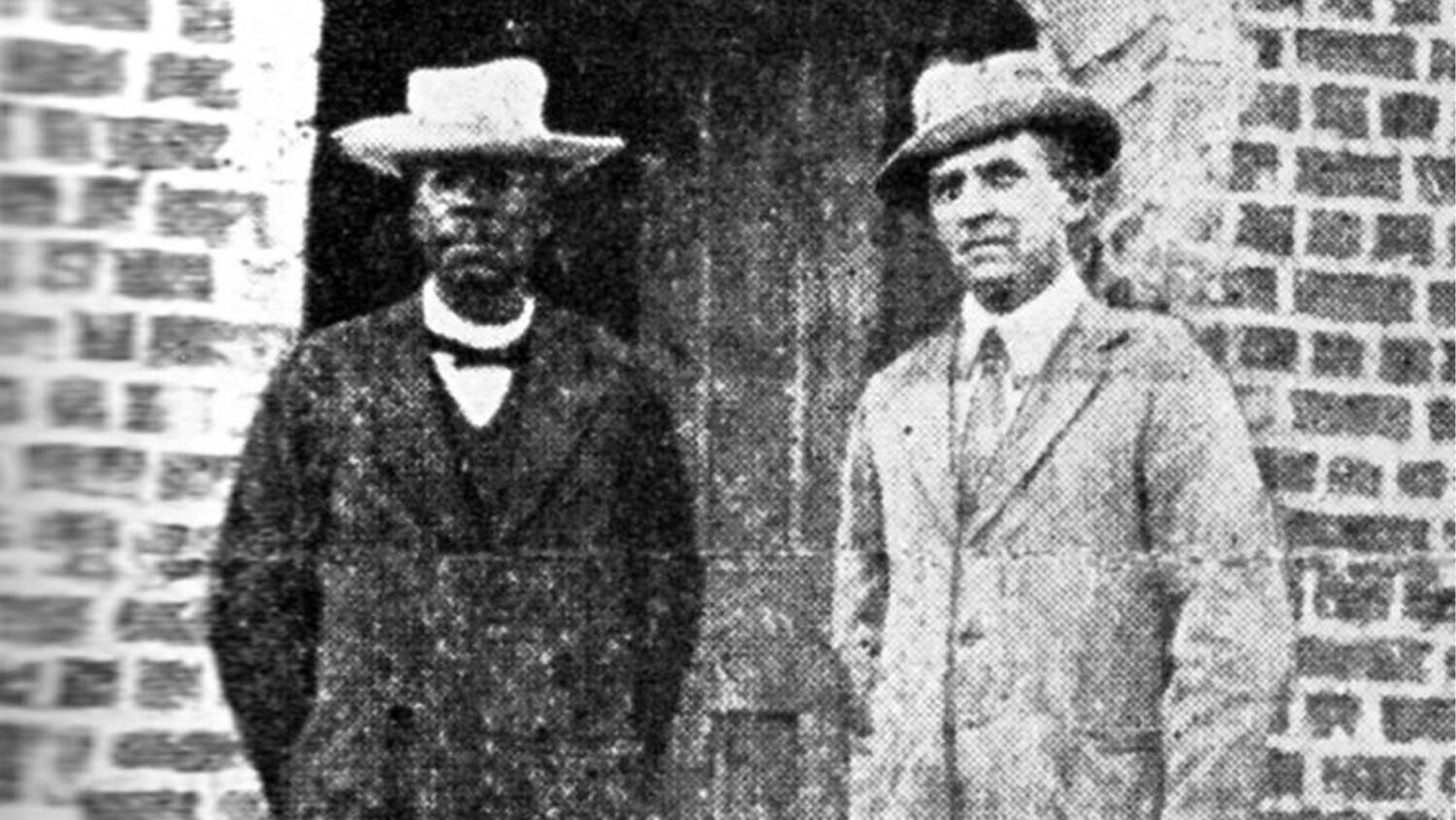 We’re all fed up with videos showing radicals tearing down statues. But in the heart of London, we’re getting a fascinating look at what statues they put up. Any of a multitude of sins can get you canceled from history. Woe betide the individual whose second cousin’s wife’s grandmother’s friend’s uncle once owned a slave. Who is morally pure enough to be worthy of esteem?

The answer, apparently, is John Chilembwe. He has been selected to stand next to Adm. Horatio Nelson in Trafalgar Square, the literal heart of London, on the Fourth Plinth, an area reserved for a rotating array of “artwork.” Its current occupant, a drone on top of a cherry on top of a pile of whipped cream, will be replaced in 2022 with a statue of Chilembwe and European missionary John Chorley.

What kind of man has London’s left-wing mayor, Sadiq Khan, selected for the statue? A racist terrorist.

You wouldn’t know it from the official write-up. “Antelope by Samson Kambalu restages a 1914 photograph of Baptist preacher and pan-Africanist John Chilembwe, and European missionary John Chorley as a sculpture,” states the London government website. “Chilembwe has his hat on, defying the colonial rule that forbade Africans from wearing hats in front of white people.”

They don’t mention that Chilembwe did much more than stand up against a humiliating rule. In 1915, he sent his followers on a mission to “kill all European men.” He aimed to provoke a mass uprising, but failed.

He did kill a handful of people though. One was William Jervis Livingstone, a local plantation owner accused of being a harsh taskmaster. Chilembwe’s followers hacked off Livingstone’s head in front of his wife and children. The next Sunday, Chilembwe preached a sermon with Livingstone’s head on a pole. But whites weren’t the only ones to die. Chilembwe’s men burned a mission, and a black girl died in the fire.

The next year, a government inquiry blamed harsh conditions at the local plantation for the rebellion.

I’m not saying Chilembwe was on the same level as Adolf Hitler or Osama bin Laden. But he did attempt widespread violence against nonmilitary targets in the pursuit of political ends—meaning he meets the standard definition of a terrorist.

The selection of his statue exposes a lot about the radical left’s agenda. Their plan for statues has nothing to do with holding a high standard for those held up as an example. Instead, if a statue unites people around a positive vision of British or American history, it is torn down. But if the left can spread division by erecting a statue, they’ll do that too.

This is the heritage that is really under attack.

The more you look at the statue removal, the less sense it makes. There is probably no force in the history of the world that has done more for the widespread removal of slavery than the Royal Navy. Yet plenty of people associated with Britain’s naval history are under attack. And hosts of foreign figures that advanced slavery are revered.

Last year, I covered this history in much more detail. As I wrote then, you need to see the spiritual reality to understand the new statue-destroying movement:

If you believe the Bible, you must accept the existence of an evil spirit being who hates God’s plan, and who hates what God is doing through Israel. This spirit works through human beings to “blot out the name of Israel” (2 Kings 14:27). He wants to wipe it out so thoroughly the name isn’t even mentioned.

That is what the attacks on Nelson, Drake, Washington, Jefferson, Lincoln, Roosevelt and more are all about: blotting out the name of Israel.

Britain and America’s history is a massive signpost that points people to God. Thus, Satan the devil hates it and works to blot it out, pushing a new message: God didn’t make Britain and America great. Slavery did! They only became wealthy because they stole it from everybody else.

This is why the protesters focus on Britain and America, not Portugal and Brazil. This is why Jefferson and Nelson are attacked, not Napoleon and Simon Bolivar. An attack against the two nations that led the world to get rid of slavery is not an attack on slavery. It is an attack on God.

To understand more about this agenda, read my article “The Real Reason Our Statues Are Under Attack.”