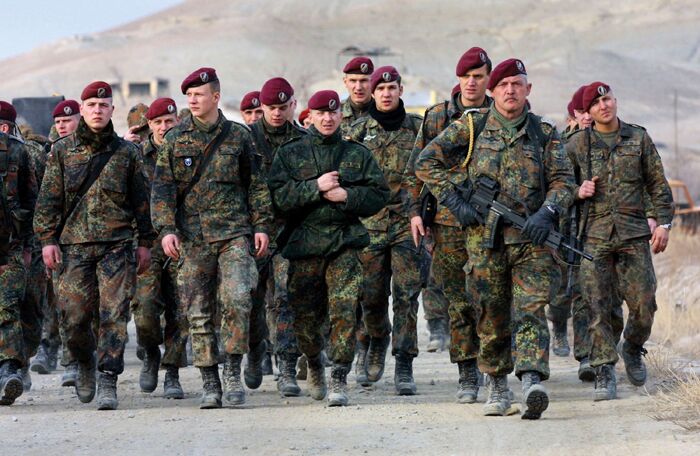 Evidence of an approaching clash of cultures turns up in a recent survey in Germany.

Europe and Islam are traveling a path that can only end in an unparalleled clash of civilizations.

As much as idealists may believe a widespread clash of cultures to be impossible in our modern world of sophistication and tolerance, the facts from Germany clearly tell us conflict is brewing.

A recent study commissioned by Germany’s Frankfurter Allgemeine Zeitung and performed by researchers from the Allensbach Institute for Public Opinion Research disclosed an alarming trend in Europe’s largest and most influential nation. “Experts fear new conflicts after a study published this week showed most Germans doubt the Western and Islamic worlds can peacefully coexist. Mistrust of the 3 million Muslims living in Germany appears to be growing” (Deutsche Welle, May 20).

The results of the survey are startling. Of the 1,076 Germans interviewed in early May, 83 percent of the respondents associated Islam with “fanaticism”—an increase of 8 percent from a similar poll conducted in 2004. Over 71 percent believed Islam to be “intolerant,” a rise from 66 percent in 2004; 62 percent saw Islam as “backward,” up from 49 percent; while 60 percent saw it as “undemocratic” (Jerusalem Post, May 24).

Only 8 percent of the respondents characterized Islam as peaceful.

Perhaps most striking was that 61 percent of Germans said they believed a “clash of cultures” already existed, and 65 percent said they counted on such conflicts to worsen in the future. These results are astonishing: According to this survey, most Germans expect a future clash with Islam!

Elisabeth Noelle and Thomas Petersen, who authored the Allensbach study, characterized the results as saying, “Germans are increasingly of the opinion that a lasting, peaceful coexistence with the Islamic world will not be possible” (ibid.). This survey shows that Germans are growing fed up with the intolerant ideologies and actions of Muslims in Germany and throughout Europe.

When asked if there should be a ban on building Islamic mosques in Germany, as long as the building of churches in some Islamic states remains forbidden, 56 percent agreed. Survey results even indicated that there is growing support for ending Germany’s constitutional right of freedom of religion with regard to Islam. Many Germans are growing so disgusted with Muslims, they are prepared to alter their constitution in order to curb Islamic ambition!

When asked if “strict limits should be imposed on the practice of Islam in Germany to protect the country, 40 percent said they would support such moves” (Expatica, May 18).

Though intolerance of Muslims in Germany has been on the rise since the 9/11 attacks in America, it has grown much stronger recently amid a torrent of high-profile stories in the German press. “Concerns over an ‘honor killing’ in Berlin, demands that schoolgirls be permitted to wear burkas, a surge in schoolyard violence involving Muslim immigrants, and the failure of Germany’s 3 million Muslim immigrants to assimilate have deepened a ‘crisis of cultures’” (Jerusalem Post, op. cit.).

As these events unfold, leading politicians such as Bavaria’s Edmund Stoiber are suggesting bold new initiatives to solve the problem. In Germany, the dividing line between Germans and Muslims is becoming painfully clear.

That a contingent of Germany’s population is intolerant of Islam is not startling. Many nations have small sectors of their population that espouse such sentiment. What is startling is that the results of the Allensbach survey suggest that anti-Islamic sentiment isn’t simply confined to a narrow segment of Germany society. The majority of the German people believe a clash of civilizations is already underway.

Bible prophecy assures us that this trend will only intensify in the coming months and years.

The soccer World Cup will be held in Germany beginning June 9. We should monitor the political and societal atmosphere in Germany surrounding this event. Even now, the German government is concerned that the growing radical element within the nation will be on the prowl for trouble. Outbursts of racially motivated violence are highly likely.

In a newspaper interview recently, former German government spokesman Uwe-Karsten Heye said that he would tell World Cup visitors that there were “no-go” areas in the eastern German state of Brandenburg and elsewhere where he “would not advise anyone with different skin color to go. They might not possibly leave alive” (Deutsche Welle, May 22).

Heye’s comments sparked controversy in German political circles, with many politicians expressing concern that the comments would hurt Germany’s public image on the eve of one of sport’s most popular events. Human rights group Amnesty International, on the other hand, backed Mr. Heye, saying that he had put the spotlight on “a serious problem” (ibid.). There is no mistaking that right-wing extremism and a fervent nationalist sentiment is once again rearing its ugly head in Germany.

The Allensbach survey results evidence a highly volatile anti-Islamic undercurrent in Germany. Watch for this trend to increasingly pervade Europe. At the same time, the Muslim voice throughout Germany and Europe shows no signs of quieting down.

The entire Continent is being primed for conflict.

Bolstered by the geopolitical preeminence of Iran and other Muslim nations, Europe’s Muslim population is increasingly bold in its demands on the national governments of Europe. Events such as the headscarf issue in France, the assassination of Theo van Gogh in Holland and the schoolyard violence in Germany show that European Muslims refuse to compromise their ideologies and expectations.

Despite the fact that large numbers of people throughout Europe are growing increasingly hostile to their presence and influence, Muslims in Europe refuse to succumb under the pressure. Clouds of tension have settled on the Continent.

With both sides refusing to compromise, tensions between Europeans and Muslim immigrants will continue to mount. This is a geopolitical event of extreme importance; European-Islamic hostility is bound to escalate. As the Allensbach survey noted, “in most people’s minds, the Kampf der Kulturen [clash of cultures] has already begun.”