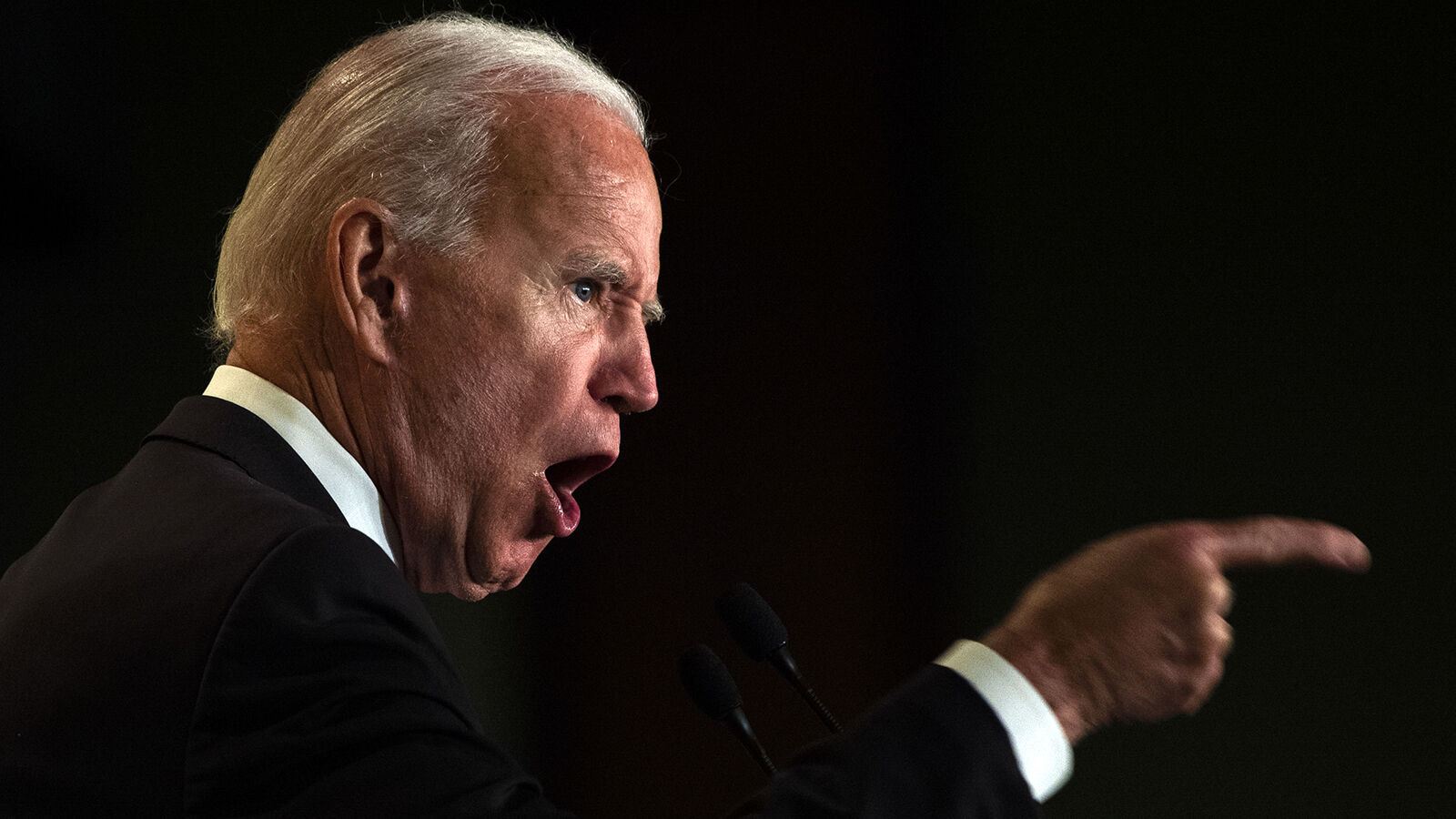 Election theft is being exposed, and Democrats are getting nervous.

Joe Biden flew to Pennsylvania on July 13 to prop up his illegitimate presidency by attacking voter integrity laws and election audits. “The Big Lie is just that: a big lie,” he told an audience at the National Constitution Center in Philadelphia. “The 2020 election—it’s not hyperbole to suggest—the most examined and the fullest expression of the will of the people in the history of this nation. This should be celebrated—the example of America at its best. But instead, we continue to see an example of human nature at its worst—something darker and more sinister. … The denial of full and free and fair elections is the most un-American thing that any of us can imagine, the most undemocratic, the most unpatriotic, and yet, sadly, not unprecedented.”

This is the fake president, visibly angry that people are still questioning the legitimacy of his election, even though new evidence indicates that more than 10,300 illegal votes were cast in Georgia and more than 74,000 illegal votes were cast in Arizona. These illegal ballots may end up being enough to delegitimize Biden’s victory in both states, so now Pennsylvania Republicans want to conduct a full-scale forensic audit in their state—which has been a hotbed of voter fraud for decades. Biden’s angry rant against “the most un-American thing that any of us can imagine” are the words of a con man about to be exposed.

If the audits are merely conspiracy theories, why give a publicized national speech attacking them?

A new Morning Consult–Politico poll reveals that three quarters of Republicans support state-level efforts to audit the 2020 presidential election results, and half of Republicans think these audits will uncover enough voter fraud to change the outcome of the election. Biden cannot stop these audits from happening, so he is doing everything he can to delegitimize the audits before they delegitimize him. Really, all the proof you need that Democrats do not care about full, free and fair elections is their insane push to do away with voter ID laws.

To call the For the People Act unconstitutional would be an egregious understatement. Along with the John Lewis Voting Rights Advancement Act, this bill overhauls the electoral system by requiring states to make Internet-only voting registration with electronic signature registration available to all voters so people can register to vote without leaving their homes. This is an invitation for people to falsify names and commit electronic voter registration fraud. The bill also bans the requirement to provide a full Social Security number for voter registration. Not having to provide proof that you are eligible to vote, that you are alive, or that you are real will make it easier for not only illegal aliens and felons to vote but also for people to use the identities of dead people and fictitious people to multiply their votes. Yet Democrats favor these fraudulent voting conditions because they know that fraudulent votes will favor them.

Biden is not pushing this legislation because people want it; about 4 in 5 Americans favor requirements for voters to show valid identification. He is pushing this legislation so that people will be unable to audit future elections. You cannot prove whether a ballot is real or not if people do not have to present any proof of their identity when they cast it. Therefore, the deceitfully named For the People Act would legalize election fraud and allow people who use voter fraud to rule America for centuries to come. But before Democrats can get this act enshrined into law, they have to convince Americans that the 2020 election was legitimate and that Joe Biden is the real president.

“The speech Joe Biden delivered Tuesday in Philadelphia was not the rant of a righteous or confident man,” reports Conservative Treehouse. “Instead, the speech was a bitter, angry and divisive plea for help from those extreme leftists who supported his installation. The need for control is a reaction to fear. That fear was what Biden displayed above all other attributes. A fear that more American people will begin to see the false construct of his installation. A fear that those who perpetrated the fraud of his election will be exposed because the scale of their manipulation is far too great to continue hiding. The fear that a small amount of actual investigation, with more audits looming, will reveal how a few key corrupt counties coordinated a massive election fraud.”

The Democrats are fearful that their theft of the 2020 election will be exposed. That is why Biden is condemning election audits as “the most un-American thing that any of us can imagine.” And it is why he is condemning voting identification laws as the greatest threat to American democracy since the Civil War. He knows that if every county in the country requires voters to show proof of identification, there is no way Democrats will remain in power.

The fact that Biden is so afraid of audits should tell you all you need to know about this past election. The Apostle John wrote in John 3:20-21: “For every one that doeth evil hateth the light, neither cometh to the light, lest his deeds should be reproved. But he that doeth truth cometh to the light, that his deeds may be made manifest, that they are wrought in God.” If Biden really won the 2020 presidential election, you would see Democrats offering to help Republicans conduct the best recount possible. Instead, they condemn the audits as “the most un-American thing that any of us can imagine.” They hate the light because their deeds are evil—and the light exposes them!

For an explanation of the Bible prophecies that show Donald Trump will regain the presidency, read my father’s article “What Will Happen After Trump Regains Power.”