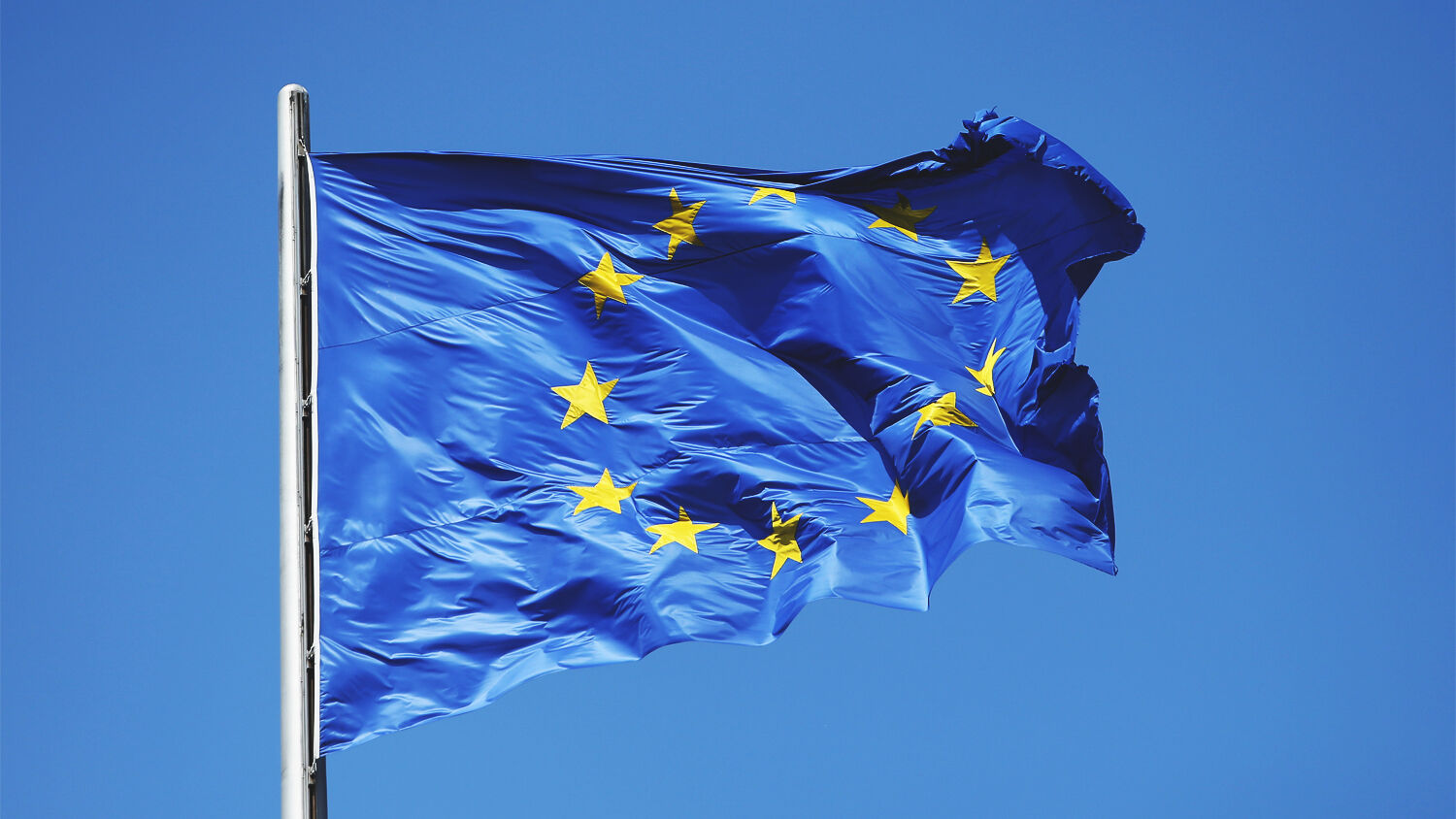 The flag of the European Union flies over the Reichstag.
Sean Gallup/Getty Images

Has the European Union finally answered Henry Kissinger’s famous question: “Who do I call if I want to speak to Europe?”

Since the 2008 financial crisis, it looked like the answer was Berlin. But not everyone was happy with that answer.

Over the last few months, a serious tussle has developed over who is the final authority. Whether it’s finance, foreign policy or even religion and morals, a battle for control of Europe is slowly unfolding.

The euro crisis made Berlin’s dominance clear. On paper, Germany has no leading role. But if you were an indebted nation in need of a bailout, then Germany was the only nation with serious amounts of spare cash. Naturally, its voice was loudest in determining how it was used.

In foreign policy, too, Germany’s clout meant Berlin got its way. Germany wanted a new gas pipeline with Russia. Many EU member states and those at the EU’s headquarters in Brussels didn’t want it. EU law forbade it. The pipeline is now almost finished.

But Brussels resents its loss of control and is pushing back. The European Commission picked a fight with Germany’s Constitutional Court and, by extension, Germany’s financial dominance of the EU on June 9.

Last year, the German court ruled that the European Court of Justice (ecj) had overstepped its mark. The German court said that it, not any EU institution, had final say in Germany and could overrule European law and European courts if it felt they violated the German constitution. It backed off slightly—declining to stand in the way of the bailout in question. But it still held to its power, in principle, to prevent any EU law from applying to Germany.

Now the EU is hitting back. The Commission has begun infringement proceedings against Germany, referring it to the European Court of Justice. Both the German court and the EU court claim to have final authority, and the two will now duke it out. It could lead to the ecj leveling massive daily fines against its biggest member state.

“The European Union essence remains a community based on law, and the last word on new law is always spoken in Luxembourg,” stated a European Commission spokesman, referring to the location of the ecj. Germany disagrees.

“It is an epic power struggle between the two most powerful courts in Europe and it goes to the existential core of the European project,” wrote Ambrose Evans-Pritchard.

But it will be a slow fight. Germany has two months to respond—and that’s just the first step in the infringement procedure.

The German Constitutional Court’s veto power over all EU law within Germany is a key plank of Germany’s European dominance. The German court’s judges can block any bailout if they believe German taxpayers don’t have enough say in how the money is spent. That veto forces other EU countries to meet Germany’s conditions any time a bailout fund is put together. If surrendered, it could lead to EU countries helping themselves to Germany’s cash.

This isn’t just about Germany. This is about European bureaucracy—based in Brussels, but also with outposts in Luxembourg and Strasbourg—trying to put itself in the driver’s seat.

For some of that bureaucracy, the Commission isn’t moving fast enough. The day after the proceedings against Germany began, the EU sued itself.

The European Parliament attacked the European Commission for not doing more to rein in Poland and Hungary. Members of the European Parliament want the EU to cut off funds to these two countries, unless they change laws that M.E.P.s don’t like. It’s a massive power grab—disguised by accusations that Poland and Hungary are violating “the rule of law.” Once again, it’s the first step in a slow procedure that will see the Commission taken to court.

Brussels also wants to be in the driver’s seat on foreign policy. Germany’s Nord Stream 2 pipeline demonstrated where the power really lies in Europe. It also marks a clear decision from Germany to shift away from its alliance with the United States and move closer to Russia.

As part of this wider realignment, Germany wanted to hold an EU-Russia summit. France has, at times, opposed Germany’s shift, but now it’s fully onboard and seconded the summit proposal. Summits with Russia were suspended in the aftermath of Russia’s invasion of Crimea; the last one was in January 2014. Recommencing them would have been a major shift.

Central and Eastern European countries, as well as the Netherlands, banded together to block the deal. The Brussels establishment was also working against Berlin. While Germany was moving closer to Russia, the European Commission was threatening more sanctions against Russia.

The Machiavellian hand of Russian President Vladimir Putin is behind some of this divide. He has treated European officials with deliberate contempt, while being scrupulously respectful of Germany. Perhaps he spotted the gap between Brussels and Berlin and hopes to destroy the EU by wedging it even wider. But he should be careful what he wishes for.

The EU can pick a fight with Germany, but it may not win. In confronting Germany, it could end up simply confirming the fact that Berlin is the real boss.

But there’s another competition worth examining: a showdown between the Vatican and the Italian government.

Italy is in the process of passing a new law to criminalize “hatred” against several minority groups, including homosexuals. The Catholic Church is worried this law could be used against it, classifying its teachings on homosexuality as hate.

Last Tuesday, the Vatican confirmed it had sent an unprecedented letter to the Italian government. It said that the law would interfere with the liberty of the Catholic Church and, therefore, violate the concordat that Mussolini signed with the Vatican in 1929. The next day, Italian Prime Minister Mario Draghi responded by telling the Senate, “We are a secular state, not a religious state. The Parliament is free to discuss, obviously, and make laws.”

The Vatican has long enjoyed a lot of influence in Italian politics, even playing a key role in bringing down the government over this same issue in 2007. This is about more than homosexual unions or free speech—the Italian government is directly challenging the Vatican’s role in Italian politics. For the Vatican to bring up a treaty signed in the fascist era shows how desperate it is.

Both German and Vatican power are under attack at the same time.

For decades, we’ve been forecasting that these two powers would lead a European superpower. Does that mean we’re wrong?

In the November 1965 Plain Truth, Herbert W. Armstrong wrote: “European nations speak different languages, have different aspirations, different customs, different traditions. Europe is often called a ‘crazy-quilt’ of nations. How, then, can they agree together and unite?”

Mr. Armstrong saw that the process of European unification had descended into a series of messy squabbles. Yet he was confident in the final outcome. Why?

His forecast that Germany and the Catholic Church would lead Europe were based on Bible prophecy. This prophecy shows it wouldn’t always be a harmonious relationship. In his April 2006 article “How Europe Will Unite!”, Trumpet editor in chief Gerald Flurry wrote:

Throughout Europe’s history, what has helped it to overcome its division has been a unity of purpose between church and state. Charlemagne showed how strong Europe could be when he formed a partnership between Germany and the Roman Catholic Church to create the Holy Roman Empire. That empire has risen up repeatedly since that time.

But this church-state union hasn’t always been a happy marriage. Usually the two have been drawn together because of a crisis—an emergency.

Charlemagne’s relationship with the Catholic Church emerged out of this kind of crisis. Charlemagne’s family was not the traditional kings of France: They needed the Vatican’s approval for their legitimacy. Meanwhile, Rome was literally under attack, and the Catholic Church needed Charlemagne’s armies. The mutual need drove the two together and forged a relationship that transformed Europe. Could we see a similar crisis develop today? Mr. Flurry continued:

Herbert W. Armstrong believed the same pattern would occur again in our time—that European nations would unite suddenly because of a crisis, and that the Roman Catholic Church would play a huge role in solving that emergency. In times of crisis, religion has a way of pulling people together! …

Crises are developing that could lead to this “emergency” that will cause Europe to look to a newly strengthened Germany and end up bringing church and state together—from the weakening of the U.S. economy to danger brewing in the Middle East.

The road ahead in Italy and Europe is chaotic and uncertain. But the Bible makes it clear that this is the final destination for Europeans: a union of church and state that forms one of the strongest powers in history.

Bible prophecy does not tell us the outcome of all the individual battles that have recently begun. But it tells us the end of the war. As the financial crisis rocked Europe, in February 2009 Mr. Flurry wrote: “However it happens, Germany is prophesied to come out on top in this financial crisis. Social unrest and riots will eventually force Europeans to succumb to a strong united government of Europe, led ultimately not from Brussels, but from Berlin.”

Now is the time to understand these prophecies so you can watch them be fulfilled. God the Father recorded all this prophecy, in such great detail, thousands of years ago to point mankind to Him. He is ultimately in control of world events, ensuring they meticulously follow His designs. Understanding this prophecy and watching it unfold points us to Him—and the detailed involvement He wants to have in our lives individually.

Our free book The Holy Roman Empire in Prophecy is a great resource to understand Europe’s role in God’s plan. You can read it online or order your own free print copy.