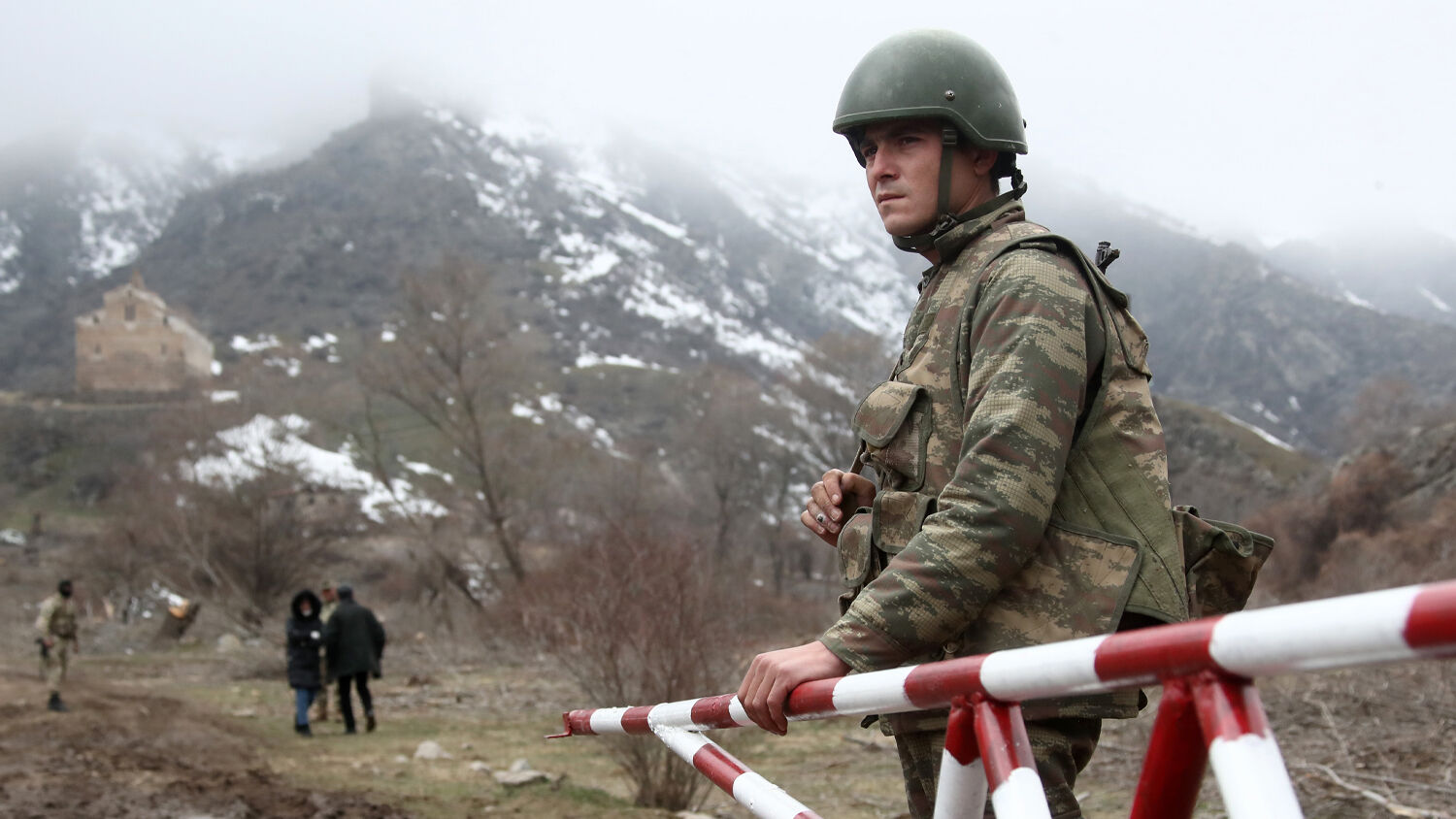 Russian military workers finished building 30 “peacekeeper” bases in Nagorno-Karabakh on May 8. According to the Russian Defense Ministry, the bases took four months to complete and will provide accommodation for Russian troops keeping the peace between Armenia and Azerbaijan.

Nagorno-Karabakh, located in the southern part of the Caucasus, is internationally recognized as part of Azerbaijan. However, the population is largely Armenian. For decades, these two countries have fought for control of this region.

Armenia and Azerbaijan were part of the Soviet Union from its conception in the early 1920s. The Soviets made Nagorno-Karabakh a semiautonomous region within Azerbaijan. The Armenians in the region opposed this decision, but their opinion did not matter to the Communist government. However, as the Soviet Union declined in the late 1980s, Mikhail Gorbachev’s policy of glasnost (“openness”) gave Armenians in Nagorno-Karbakh a chance to express their discontent. In 1988, the regional parliament in Nagorno-Karabakh voted to become part of Armenia. The Azerbaijanis countered with protests, but the government of Armenia supported the initiative.

Both Azerbaijan and Armenia declared independence from the collapsing Soviet Union in 1991. At that point, the conflict between the two nations escalated to a full-blown war, killing 20,000 people and uprooting another million from their homes.

In 1994, the war ended with a ceasefire agreement arranged by Russia. Thomas De Waal, a British author who specializes in the Caucasus region, said about Russia: “Although they are the main mediator, they’ve had their own agenda, which is to keep their influence in the region and if possible, get Russian troops back on the ground.”

Last September, war broke out again between Armenia and Azerbaijan over Nagorno-Karabakh, each side accusing the other of firing on civilians.

Again, Russia resolved the conflict. It gave the coveted territory to Azerbaijan, which the country celebrated as a victory. But Russian President Vladimir Putin was the true victor. The deal allowed Russia to send 1,960 troops to Azerbaijan as “a Russian peacekeeping contingent.” This marked the first time Russian soldiers were stationed in Azerbaijan since 1991, when the Soviet Union collapsed.

Now, Russia has completed these 30 new military bases in Nagorno-Karabakh. It is another sign of its real agenda: getting Russian troops “back on the ground.”

This is not the only territory Putin has taken control of. In 2008, he invaded Georgia and seized control of about 20 percent of the country. In 2014, he pushed into Ukraine and illegally annexed the Crimean Peninsula. He has taken a subtler approach with Belarus, gradually integrating the nation—especially its military—into the Russian sphere. All of these nations were previously part of the Soviet Union.

Trumpet editor in chief Gerald Flurry has pointed to scriptures in Ezekiel 38 describing a “prince of Rosh” in this end time. Verse 2, when correctly translated, reads “the prince of Rosh, Meshech and Tubal” (New King James Version). In The Prophesied ‘Prince of Russia,’ Mr. Flurry explains that Rosh was the ancient name for Russia. Meshech and Tubal are ancient names for the modern Russian cities Moscow and Tobolsk. He makes clear that this passage is referring to Vladimir Putin, writing:

The use of all three names shows that this is an individual ruler of all the peoples of Russia, from the west to the east. The reference to the cities of Moscow and Tobolsk helps us see how vast Russian territory is in these latter days. This giant swath of land indicates the prince will probably conquer more nations of the former Soviet Union. When you study these scriptures alongside current events revealing modern Moscow’s imperialist direction, you see that Russian President Vladimir Putin could well be the prince of Rosh. We strongly believe he is.

Putin’s tightened grip on Azerbaijan and Armenia is just one example of his plan to “conquer more nations of the former Soviet Union.” Please ask for a free copy of The Prophesied ‘Prince of Russia’ to get the full picture of where Putin’s actions will ultimately lead.