Despite getting the conviction they wanted, Democrats and media pundits cry, It’s not enough! 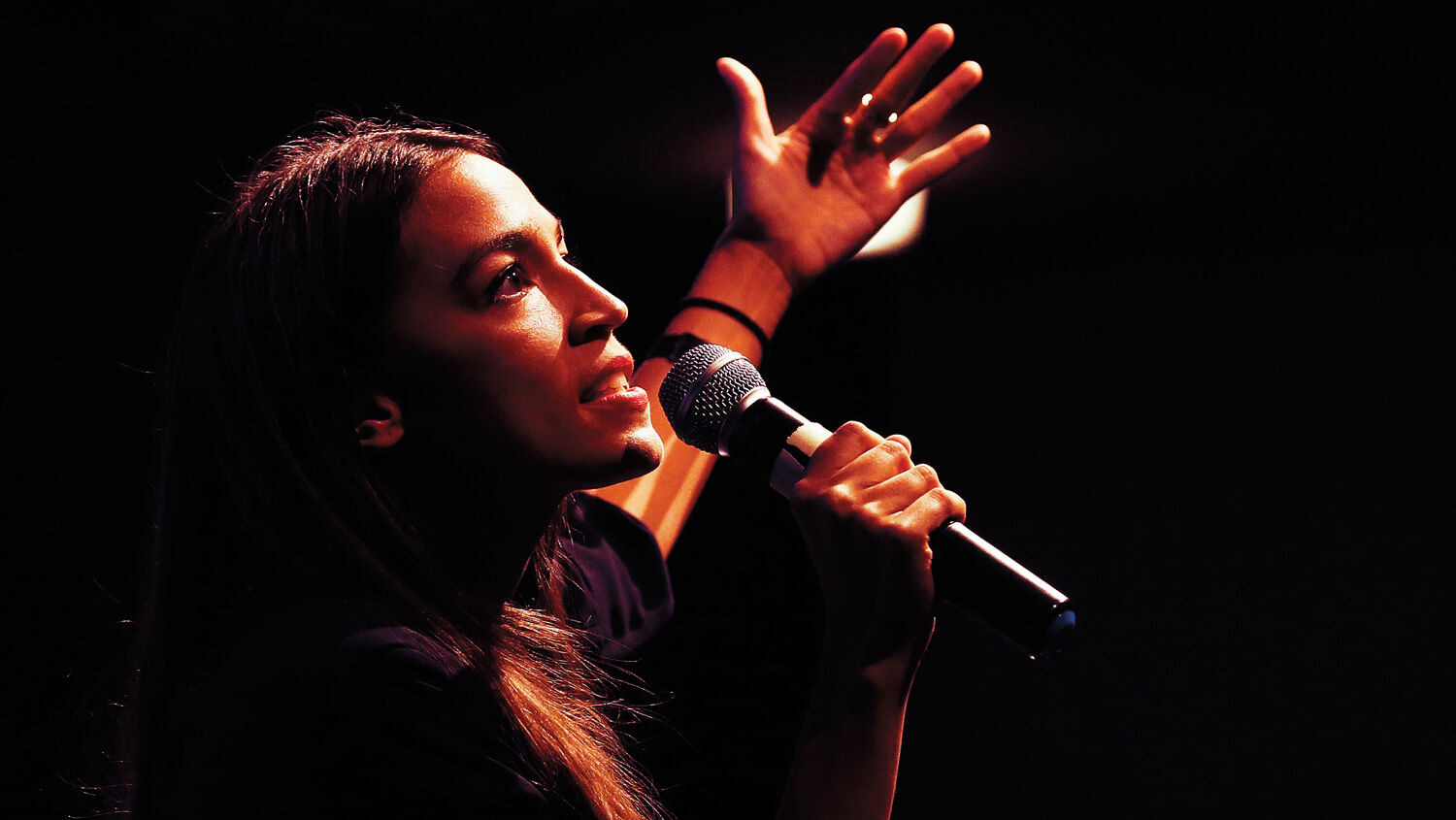 Despite getting the conviction they wanted, Democrats and media pundits cry, It’s not enough!

George Floyd’s death was clearly a tragedy. Whether Derek Chauvin received a fair trial, however, is far less clear.

Chauvin was the police officer at whose hand Floyd died, and who was convicted on April 21 by a Minnesota jury of unintentional second-degree murder, third-degree murder and second-degree manslaughter. Was the trial impartial? The media, politicians including members of Congress and the president did everything they could to intimidate jurors and witnesses into ruling that Chauvin was guilty. A bloody severed pig’s head was found at the door of one expert witness who testified on Chauvin’s behalf. Black Lives Matter protesters made it clear that they would engulf the nation in flames if Chauvin were acquitted.

The judge in the Chauvin trial stated that Waters’s inflammatory remarks could result in the trial being overturned on appeal if lawyers can make the case that jurors were intimidated into making their ruling. The rioting that started after Floyd’s death last year killed at least 30 people and cost the nation an estimated $2 billion. So we will never know how much fear of rioting impacted the jurors’ decisions.

Whatever Chauvin’s guilt, his trial was a classic example of mob justice.

Making matters worse, the mob will not be appeased even if Chauvin gets the maximum sentence of 40 years in prison. Why? There is a sinister reason.

Mob rule is becoming the law of the land in America.

Journalist Ami Horowitz went to the George Floyd memorial the day before the guilty verdict was announced and asked questions of black protesters to get their real views. The truth was shocking. One person told him, “There shouldn’t even be a trial; he should be convicted just as is.” Another said, “Burn the whole city down, what does it matter?” Another said, “I don’t want to say we need to start killing all white folks, but it’s like—maybe they need to feel the pain and the hurt.” When asked whether a civil war was necessary, another protester said, “If that’s what it takes, then we have to do it.”

“How many unarmed blacks were killed by cops last year?” Horowitz asked. “Thousands! Thousands!” one woman said. The correct answer was 18. Another chimed in, “It seems like you’re trying to … destruct the whole African-American race.” Several protesters agreed that police are committing “genocide”—the deliberate and systematic destruction of a racial, political or cultural group—against blacks.

So Black Lives Matter extremists are preparing to burn down cities and start a civil war over 18 tragic deaths because the media are making it feel like thousands and instilling the fear that American police are systematically exterminating over 42 million African Americans.

Rhetoric inflaming such fears is coming from almost every institution in the country: corporations, tech companies, academia, Congress, even the presidency.

In a livestream outside the Capitol, Rep. Alexandria Ocasio-Cortez told her audience, “This verdict is not justice. Frankly, I don’t even think we call it full accountability because there are multiple officers that were there. It wasn’t just Derek Chauvin. And I also don’t want this moment to be framed as this system working.” In other words, even if all four police officers present during George Floyd’s death were convicted of murder, Ocasio-Cortez still wouldn’t be satisfied until the United States has a completely new criminal justice system.

Minnesota Attorney General Keith Ellison said, “I would not call today’s verdict justice, however, because justice implies true restoration. But it is accountability, which is the first step toward justice. And now the cause of justice is in your hands. And when I say your hands, I mean the hands of the people of the United States.” Former President Barack Obama published a statement saying, “Today, a jury in Minneapolis did the right thing …. But if we’re honest with ourselves, we know that true justice is about much more than a single verdict in a single trial. True justice required that we come to terms with the fact that black Americans are treated differently every day …. While today’s verdict may have been a necessary step on the road to progress, it was far from a sufficient one. We cannot rest. We will need to follow through with concrete reforms that will reduce and ultimately eliminate racial bias in our criminal justice system.”

During Barack Obama’s second presidential term, he admitted that he “can’t federalize every police force in the country and force them to retrain.” But he sure acted like he wanted to move in that direction.

When the Obama administration released its Task Force on 21st-Century Policing Plan after Freddie Gray died in police custody, it recommended imposing federal standards on state and local police forces. Critics of the plan pointed out that it underhandedly worked to nationalize law enforcement, violating a crucial principle of the Constitution, by using federal tax dollars as bribes. But racial activists did not seem to care. In fact, some openly proclaimed that a national policing authority is just what America needs.

“There must be national policy and national law on policing,” said racial activist Al Sharpton. “We can’t go from state to state; we’ve got to have national law to protect people against these continued questions.”

In other words, because of racism, we must take power from local governments and give it to the federal government.

The department head of Criminology and Justice Studies at Drexel University summarized the plan to federalize policing power in an article he wrote last year. “Suppose we reimagined the nature of American policing?” he wrote. “And suppose we started by acknowledging that local policing has been a failure in this country since its origins in the 19th century? From slave patrols in the South, to controlling the ‘dangerous classes’ in the North, the foundations of local policing were built on the assumption that state-sanctioned coercion was to be weaponized by the white and wealthy against the poor, black and brown. … And so, at this crossroads, I pose the radical question: Why not disband most local police forces and federalize them?” (Hill, July 17, 2020).

This is why radical leftists will not be appeased no matter what happens to Derek Chauvin. They do not really care about justice for George Floyd. The leftists who are working out their agenda care about creating a national policing authority. They are looking for a pretext to disempower local police departments and to transfer that power to the federal government. Thus they are deliberately fanning flames of racial hatred in an attempt to ignite race riots. They could then use that crisis as an excuse to deprive local voters of the power they have over local police.

In his article “The Real Agenda Behind Black Lives Matter,” my father explained that this is a Machiavellian strategy straight from the Communist playbook. “These leaders are still using phrases like ‘police brutality’ and ‘black power’ to further their agenda,” he wrote. “In a 1950s tract titled ‘And Not a Shot Is Fired,’ Czech Communist Party theoretician Jan Kozák wrote about how Communists took over Czechoslovakia through parliamentary maneuvers. The strategy he described required pressure for radical change from two directions simultaneously: from the upper levels of government and from provocateurs in the streets” (Trumpet, May-June 2016).

The Biden-Harris administration is using a similar strategy to fundamentally transform America. Radical politicians like Representative Waters meet with street provocateurs who advocate rioting as a form of protest, while “deep state” bureaucrats are pushing seizure of police authority as a way to solve those riots.

This strategy may sound shocking, but the late Herbert W. Armstrong predicted it decades ago. In his March 1969 Plain Truth personal, he asked, “Why are our people unable to recognize the Communist line—the Communist plan and conspiracy—in college and university riots, in propaganda accusing ‘police brutality,’ in ‘black power,’ ‘black panther’ and other slogans, even in ‘civil disobedience’ and ‘nonviolent’ movements of protest which lead to violence?” Then he answered with this shocking truth: “The guiding hand in student revolt is the Communist Party. Many students, their emotions stirred and enraged to violence, do not themselves realize this. Yet, actually, these young leaders of the ‘New Left’ movement are going beyond the Communist Party. Their plan is to stir up college-age students to revolt first, and the teenage high school adolescents. If they can corrupt and/or win over tomorrow’s students, they will gain control.”

Some of those college-age students and high school adolescents that Mr. Armstrong wrote about now control the Democratic Party, and they are still using the same racially charged propaganda. Without racial hatreds, real and perceived, they would have no influence or power over the American people!

Tearing Down the System

Left-wing politicians hate the fact that there are 18,000 state and local law enforcement agencies that they cannot control from Washington, D.C. They want a centralized federal policing authority that they can control, and they are willing to incite riots until they get it. But the founders of the United States specifically avoided establishing a national policing power for a very good reason: to prevent government tyranny.

Agents of the federal government exist only to combat interstate crimes, such as counterfeiting, treason and piracy. The vast majority of the law enforcement power that would affect an American’s day-to-day life is left to the states and to the people. Yet radical leftists are distorting history to tell people that local police forces are systematically racist in a way that federal police forces are not—for some unexplained reason.

Discrediting, disheartening, disarming and defunding local police departments across America is only a first step toward establishing exactly what the founders blocked: a national policing authority. Yet Bible prophecy reveals that the radical left’s efforts to tear down America’s local police will spiral out of control.

The Prophet Ezekiel warned of these days: “Make a chain: for the land is full of bloody crimes, and the city is full of violence. … Destruction cometh; and they shall seek peace, and there shall be none” (Ezekiel 7:23, 25).

A lot of Christians don’t realize it, but Jesus Christ was also a prophet. He prophesied that the last days before His Second Coming would be just like the last days before the Flood (Luke 17:26). And what was human society like during the time period Jesus emphasized? “God saw that the wickedness of man was great in the earth, and that every imagination of the thoughts of his heart was only evil continually” (Genesis 6:5).

Jesus Christ was right. The world is again descending into violence. We have multiplied our evil and corruption, so our nation is filled with violence (Genesis 6:11), and our cities are burned with fire (Isaiah 1:7).

The racially charged rhetoric being hurled by politicians is intended to stir up negative emotions and anger that radical leftists can exploit in their quest to fundamentally transform the nation. But by tearing down the police, radical leftists are actually in the process of tearing down the nation’s last line of defense. The flames of hate these agitators are intentionally fanning will spread enough to the point where they can burn down the whole nation!