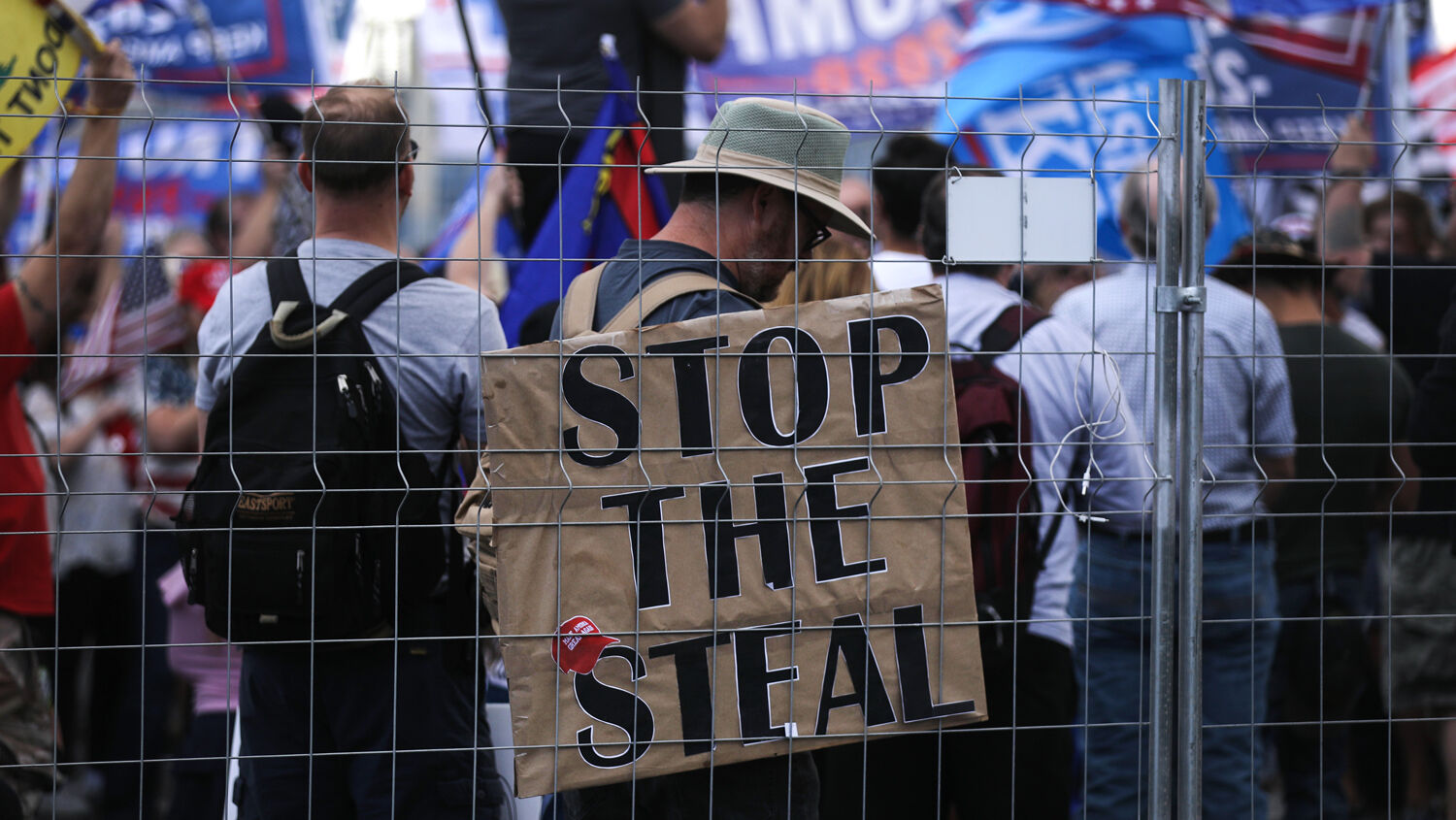 Supporters of President Donald Trump demonstrate at a ‘Stop the Steal’ rally in front of the Maricopa County Elections Department office on November 7, 2020 in Phoenix, Arizona.
Mario Tama/Getty Images

Why are Democrats so afraid of investigating the November election?

An audit of votes cast in Arizona’s most populous county during the 2020 presidential election is proceeding despite a last-ditch attempt by the Democratic Party to stop the recount.

On Thursday, the Arizona Democratic Party and the sole Democrat on the Maricopa County Board of Supervisors filed a lawsuit seeking to delay the audit on charges that Republicans outsourced the recount to an “inexperienced third party with clear bias.” But Maricopa County Superior Court Judge Christopher Coury ruled that the Democrats had to put up a $1 million bond to fund any increase in costs from the delay. When Democrats declared the price tag was too steep, the judge allowed auditors to continue with their recount.

“We are going to do a full hand count of 2.1 million ballots,” said Arizona Republican Party Chairwoman Kelli Ward over the weekend. “It’s not just rerunning these ballots through the same machines to see if the results come out the same. It’s a hand count. We are also going to be looking at digitally adjudicated ballots—the ballots that wouldn’t run through the machines so a team of two county workers looked at them and decided what the voter’s intent actually was. We will be looking at the machines—the software, the hardware, the logs. We’re going to be looking at everything.”

The Democrats are fuming!

This is a thorough audit of Maricopa County’s election, with auditors examining each ballot one at a time. So it may take three months for auditors to examine all 2.1 million ballots. But the propaganda press is already dismissing the recount as part of a giant conspiracy. cnn wrote “Arizona Republicans Begin Reviewing 2020 Ballots in Effort to Undermine Results”; the Associated Press wrote “Election Conspiracies Live On With Audit by Arizona GOP.”

How a live-streamed, nonpartisan, hand recount is a conspiracy, one will never know. But the Associated Press says the auditing “process is alarming election professionals who fear the auditors are not up to the complex task and will severely undermine faith in democracy.”

It seems the experts are nervous about having their work checked.

“It is obviously strange. It’s laughable in lots of ways,” said msnbc host Rachael Maddow. “The former President Trump put out a statement today lauding this, saying it was going to reveal the truth of the 2020 election, inciting a whole bunch of other states to do this and reveal the truth about the 2020 election. He is still maintaining the fantasy that he somehow won and that Joe Biden isn’t really the president. … This is a ridiculous story that will become very dangerous.”

Why is the propaganda media so afraid of investigating the November election? Why are they subtly employing their backup plan of preparing their audience for findings about the 2020 election that conflict with what they have been telling the world?

Judge Coury has already recused himself from presiding over the case challenging the election audit. You can be sure he is coming under intense pressure from Democrats examining his past and any connections he may have with Republicans. It will be interesting to see what judge replaces him, because you know Democrats are hunting for an activist judge who will shut this recount down. You have to ask yourself: What are these Democrats trying to hide?

If the previous recounts of Maricopa County ballots were valid, would Democrats be this desperate to shut down this live-streamed, nonpartisan, hand recount of its 2.1 million ballots? Or are the Democrats nervous because they know this is a real recount that will examine each and every ballot on national television?

Information on the extent of the voter fraud in the 2020 election is copious, but one of the better sources is the third volume of Dr. Peter Navarro’s study on electoral fraud. It reveals that 3,069,002 “possible illegal votes” were cast in the swing states of Arizona, Georgia, Michigan, Nevada, Pennsylvania and Wisconsin. Mr. Biden’s margin of victory in these six states was a 10th of that: 312,992 votes. And when you look at Arizona in particular, the results are even more suspicious. Dr. Navarro identified 254,722 “possible illegal votes” there. Mr. Biden won the state by only 10,457.

No reasonable person can honestly conclude the 2020 presidential election was free and fair. And no observant person can honestly reason that fraud made no difference. The propaganda media know Maricopa County was rigged, so they are doing everything they can to discredit the recount and condition your mind to regard it as dangerous.

This prophecy is why the Trumpet continues to assert that President Trump will return to power. We do not know exactly how this will unfold, but there is a real chance that nation-shaking election fraud will be exposed this summer!