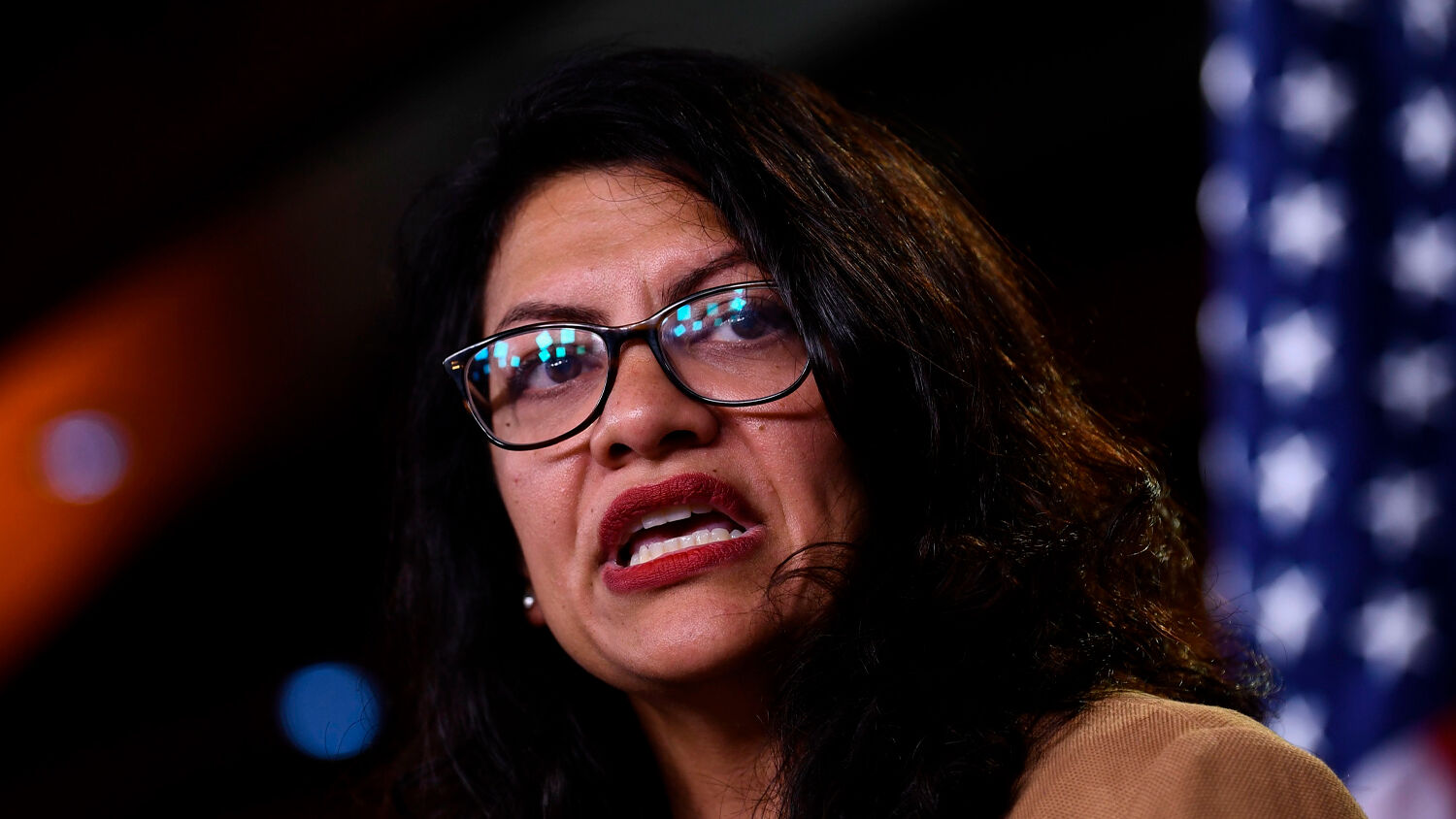 The propaganda media has created a hero out of Daunte Wright and has turned Officer Kim Potter into a monster.

Rioting continues in the Minneapolis suburb of Brooklyn Center, where a police officer fatally shot Daunte Wright as he tried to escape arrest on April 11. Every night since, hundreds of people have gathered outside the Brooklyn Center police station. Mayor Mike Elliott has called on protesters to remain peaceful, but has not instituted a curfew. Protesters have responded by hurling not just accusations and insults but objects as well, with police responding using tear gas and making arrests.

The rioters say they want “justice for Daunte” and will not go away until the officer, Kim Potter, is formally convicted.

Rioters there and in nearby Minneapolis also say they want “justice for George Floyd.” Floyd died while resisting arrest last year, partially from complications related to heart disease and drugs that were in his system at the time. But protesters are demanding no less than a conviction for second-degree murder for Derek Chauvin, the officer who restrained Floyd after he repeatedly resisted him and two other officers.

“I hope we get a [Chauvin] verdict that says guilty, guilty, guilty,” said Rep. Maxine Waters at a Black Lives Matter protest in Minneapolis on Sunday. “And if we don’t, we cannot go away. We’ve got to stay on the street. We get more active; we’ve got to get more confrontational. We’ve got to make sure that they know that we mean business.”

We’ve got to get more confrontational.

The agenda of the propaganda media is to deepen the narrative in people’s minds that America is a racist country and its traditions and institutions must be torn down. In service of that agenda, they are creating a hero out of Daunte Wright and a monster out of Officer Potter.

These characterizations leave out the full picture—and it’s not an accident.

Anyone can search the Internet and immediately find several of Wright’s own social media posts in which he records himself making gang signs, showing wads of money, using drugs and waving a pistol.

Court papers obtained by the Daily Mail show Wright had a warrant out for his arrest when Potter and two other officers stopped him for an expired registration tag. According to the Mail, “Daunte Wright choked a woman and threatened to shoot her if she did not hand over $820 she had stuffed in her bra …. Wright was due to face trial on a charge of attempted aggravated robbery—with a possible maximum sentence of 20 years in prison.”

You won’t hear about these aggravated assault charges at a “Justice for Daunte” protest, but they are extremely significant to understanding what happened on April 11. Potter and her two collogues pulled over Daunte’s white Buick LaCrosse and then followed standard procedure by checking Wright’s name in their database. They then learned that he was a violent criminal with a warrant out for his arrest. Two officers then asked Wright to step out of the car. Wright initially complied, but then broke free and began to drive away. Officer Potter shouted that she would tase Wright, but she unholstered her gun instead of her taser and shot him in the chest.

Three days after the shooting, Officer Potter was arrested and charged with second-degree manslaughter. So there will be an investigation into the circumstances surrounding Daunte’s death. But that has not stopped protesters from making all kinds of accusations and rioters from fighting with officers at police headquarters. It has not stopped race baiters from forcing city officials out of their jobs simply for saying that Officer Potter should receive due process.

Police Chief Tim Gannon resigned on April 13 despite having nothing to do with Wright’s death. City manager Curt Boganey was unceremoniously fired after suggesting that Potter deserves due process of law.

Now Mayor Elliot has called on Gov. Tim Walz to have Minnesota Attorney General Keith Ellison take over Wright’s case. Ellison is a far-left radical with Nation of Islam connections who wrote an editorial for the Communist Party USA in 2014 arguing that grassroots socialist organizations are needed to bring about necessary reform in the United States. He has always believed that American police are irredeemably racist, and in 1989 granted an interview to the Freedom Road Socialist Organization, a radical Communist cell that has suggested splitting the U.S. into an African-American republic in the Southeast, a Hispanic nation in the Southwest, and a Hawaiian kingdom in the Pacific Ocean. Ellison stressed that the “responsible activist has to show young folks out there that white supremacy and capitalism are what’s putting them in the position they’re in.”

Now Mayor Elliott is absurdly claiming that police do not need to carry firearms while executing traffic stops, and Rep. Rashida Tlaib is claiming that policing in the United States is “inherently and intentionally racist” and “can’t be reformed.”

These people do not really want “justice for Daunte.” They want to destroy America’s police!

“It would be overstating it to say there is no racism among America’s law enforcement officers,” my father wrote in “Police Under Attack.” “But there are some few people who are scrutinizing and magnifying this issue for evil purposes. … America’s law enforcement is under attack. On one side people in communities are developing a mistrustful, hostile, antagonistic attitude, yelling at police, assaulting and even killing officers in some cases. Police are pulling back from doing their jobs for fear of attack, or losing their jobs, or going to prison for doing anything that could be perceived as racist. On the other, the federal government is undermining local law enforcement and stripping it of power in an effort to centralize policing power on the federal level.”

So do they want a society with no police? No. They want control of the police!

These are the same left-wing authoritarians who used a mere coronavirus outbreak to force mass shutdowns of businesses and schools, to force people to even stay in their homes. Their goal isn’t to deprive the government of power. It’s to deprive local governments of power.

The founders of the United States specifically avoided establishing a national policing power: Local police departments and sheriff’s offices cannot be used by the national government as weapons against the people. Agents of the federal government exist only to combat interstate crimes, such as counterfeiting, treason and piracy. The vast majority of the law enforcement power that would affect an American’s day-to-day life is left to the states and to the people. That is why Americans elect their local sheriffs and city officials appoint police chiefs. This constitutional provision exists to prevent tyranny.

Discrediting, disheartening, disarming and defunding local police departments across America is only a first step toward establishing exactly what the founders blocked: a national policing authority. The character and purpose of that agency will be to carry out the will not of Americans, but of “deep state” bureaucrats.

The department head of Criminology and Justice Studies at Drexel University summarized this plan to get control of policing power in an article last year titled “What Current Police Reform Efforts Lack: A Call to Federalize.” “Suppose we reimagined the nature of American policing.” he wrote. “And suppose we started by acknowledging that local policing has been a failure in this country since its origins in the 19th century. From slave patrols in the South, to controlling the ‘dangerous classes’ in the North, the foundations of local policing were built on the assumption that state-sanctioned coercion was to be weaponized by the white and wealthy against the poor, black and brown. … And so, at this crossroads, I pose the radical question: Why not disband most local police forces and federalize them?”

Left-wing politicians hate the fact that there are 18,000 state and local law enforcement agencies that they cannot control from Washington, D.C. They want a centralized federal policing authority that they can control, and they are willing to incite riots until they get it. After all, you have to completely tear down the old system before you can replace it with a new one.

The Bible reveals that the radical left’s efforts to tear down the system will spiral out of control. Isaiah 1:7 says that America’s cities will be “burned with fire,” and Ezekiel 5:12 says that “a third part of thee shall die with the pestilence.” The racially charged rhetoric being hurled by politicians is intended to stir up negative emotions and anger that the radical left can exploit in their quest to fundamentally transform that nation. But by tearing down the police, radical leftists are actually tearing down the nation’s last line of defense.