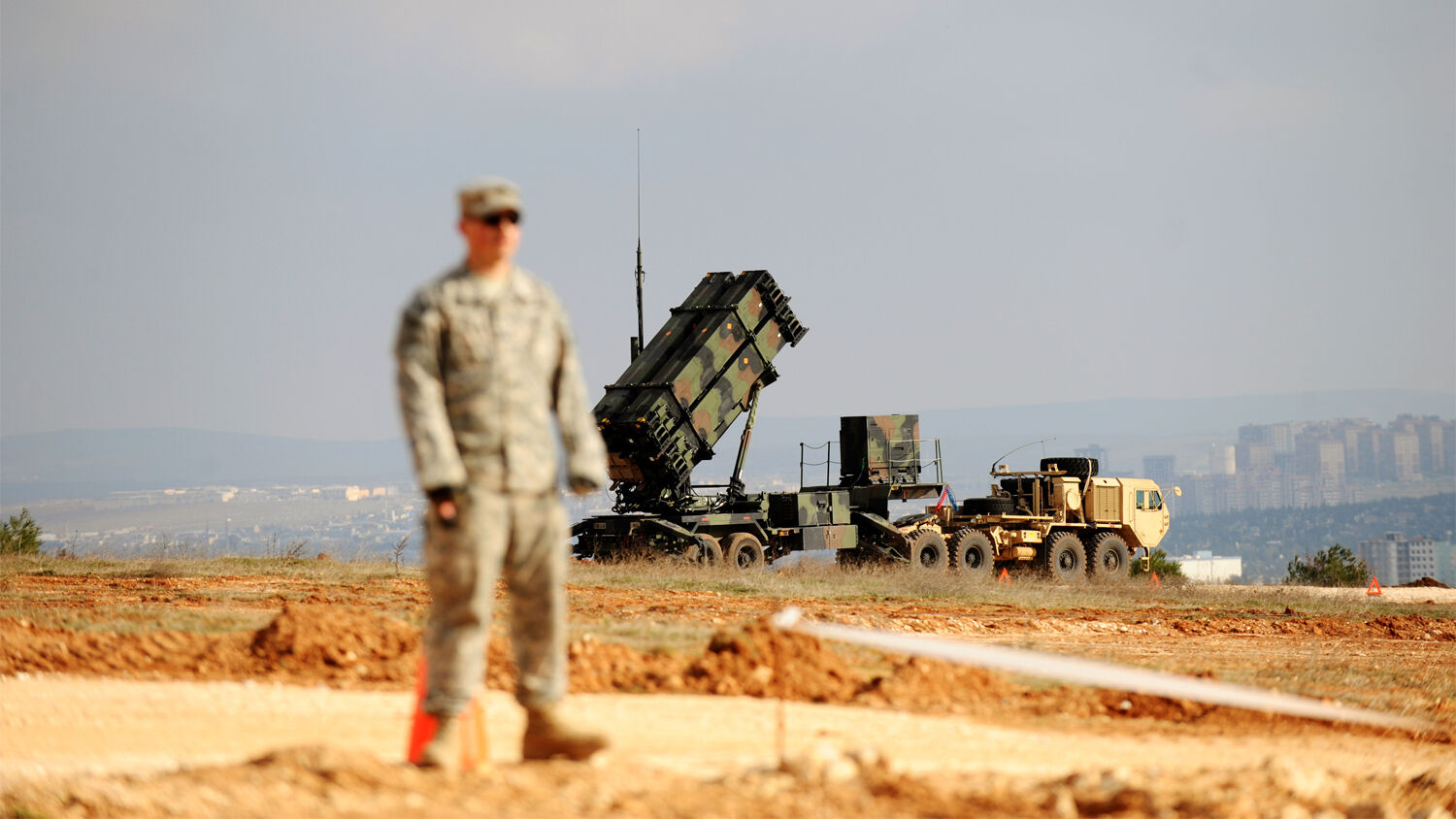 A U.S. soldier stands with a Patriot missile system in the background
BULENT KILIC/AFP/Getty Images

A reduced U.S. military presence in the Middle East is empowering Iran and pushing Gulf states to unite.

In his foreign-policy speech on February 4, Joe Biden announced that the United States would be taking “additional steps to course-correct our foreign policy.” He pledged to end the war in Yemen and recalibrate the U.S.-Saudi relationship, including freezing the sell of offensive weapons that Saudi Arabia has used in its six-year battle in Yemen.

Biden added, “We’re going to continue to support and help Saudi Arabia defend its sovereignty and its territorial integrity and its people.”

Another U.S. official said, “The bottom line is that the Houthis need to know that we are standing with the Saudis, and we will continue to support their right to self-defense.”

According to an April 1 article from the Wall Street Journal, Biden directed the Pentagon to begin taking the first steps to remove U.S. military presence from the Middle East.

In “Biden Trimming Forces Sent to Mideast to Help Saudi Arabia,” the Wall Street Journal showed that at least three Patriot anti-missile batteries were removed from the Gulf region. Additionally, U.S. officials said that other military capabilities, such as an aircraft carrier and surveillance system, were being moved out of the Middle East to help elsewhere around the globe.

For years, aircraft carriers have been a symbol of U.S. deterrence in the Middle East. Earlier this year, the uss Nimitz was ordered home to Washington; the aircraft carrier uss Eisenhower was to replace it. However, the uss Eisenhower isn’t expected to stay the full duration of a normal deployment, resulting in a “carrier gap” in the area that is supposed to be managed by U.S. Central Command.

The U.S. is also looking to remove the missile defense system known as Terminal High Altitude Area Defense, or thaad. This specific type of anti-missile system, which Saudi Arabia needs in its fight in Yemen, protects against the ballistic missiles used frequently by Iranian proxies.

According to the Wall Street Journal, U.S. officials said Saudi Arabia is experiencing an “unacceptable level of violence from rocket and drone attacks from Iranian-backed Houthis in Yemen and pro-Iranian militias in Iraq.” Since January, there have been more than 80 of these attacks. A U.S. official said the war in Yemen was by far “worse than any other period since before the beginning of the conflict.”

If the situation is as bad as they are saying, why is the U.S. leaving the region? Isn’t the U.S. supposed to help spread democracy and bring peace to the region and the world?

U.S. officials say that the military withdrawals are just the early stages of the Biden administration’s efforts to reduce America’s presence in the Middle East. “The idea is to shift more of the burden of defending Saudi territory from Washington to Riyadh,” the Wall Street Journal wrote.

In other words, Saudi Arabia is on its own. We are witnessing a repeat of what happened under the Obama administration.

In his final year in office, President Obama outraged the Saudis by calling on them to “share the neighborhood” with Iran. Such smooth-sounding words were typical from Mr. Obama. But he had just dropped more than $100 billion in the lap of their chief enemy just across the Arabian Gulf.

Now that Team Obama is back, they are using American power more forcefully against Saudi Arabia.

During his campaign, Joe Biden spoke of the need to make the Saudi kingdom “pay the price” for human rights abuses and “make them in fact the pariah that they are.”

During his first week in office, Biden reversed President Donald Trump’s designation of the Houthis as a terrorist organization. On February 4, he announced his plans to end U.S. support for the Saudi-led campaign against the Houthis. The Biden administration also ended the United Nations snapback sanctions, allowing Iran to export weapons to the Houthis. Biden also made his stance against Saudi Arabia clear when he publicly humiliated Crown Prince Mohammed bin Salman by releasing an intelligence report on February 26 that accused the crown prince of approving the operation that led to the killing of Washington Post journalist Jamal Khashoggi in 2018.

Biden is looking to reduce U.S. military presence in the Gulf region and empower Iran in the process.

What we are seeing in the Middle East is the decline of a superpower. The power vacuum left in its wake is causing many countries to band together in ways formerly unheard of. There are already reports of Saudi Arabia, United Arab Emirates, Bahrain and Israel discussing closer military ties to counter Iran.

And your Bible talks of specific actions just like this taking place.

For decades, Trumpet editor in chief Gerald Flurry has said that the “king of the south” is the radical Islamic movement led by Iran. According to this prophecy, Iran will have a pushy foreign policy that will eventually lead to a retaliatory attack from the “king of the north,” a German-led European coalition. (For more information about the identity of these nations, please request our free booklet The King of the South.)

Your Bible specifically talks about an anti-Iran alliance forming in the midst of this king of the south uprising.

Before the Obama administration, America strove to contain Iran’s dominance in the region. President Trump returned to that stance. But with America again switching sides under Biden and empowering Iran, an anti-Iran alliance between the Gulf states is prophesied to form. And the prophecy in Daniel 11 combined with another prophecy in Psalm 83 shows that the king of the north, or a German-led Europe, will join forces with this anti-Iran alliance.

“The Biden administration assures us that the Middle East will not be the focus of its foreign policy,” wrote Nagtegaal. “As one informal adviser told Politico on February 22, ‘They are just being extremely purposeful to not get dragged into the Middle East.’ True the U.S. might not be dragged into it, but it is providing Iran the ammunition it needs to light not just the Middle East, but the world on fire.”

The Middle East is a tinderbox waiting for disaster to strike. And with Iran being given the flint and steel, soon the Middle East—and the world—will explode.