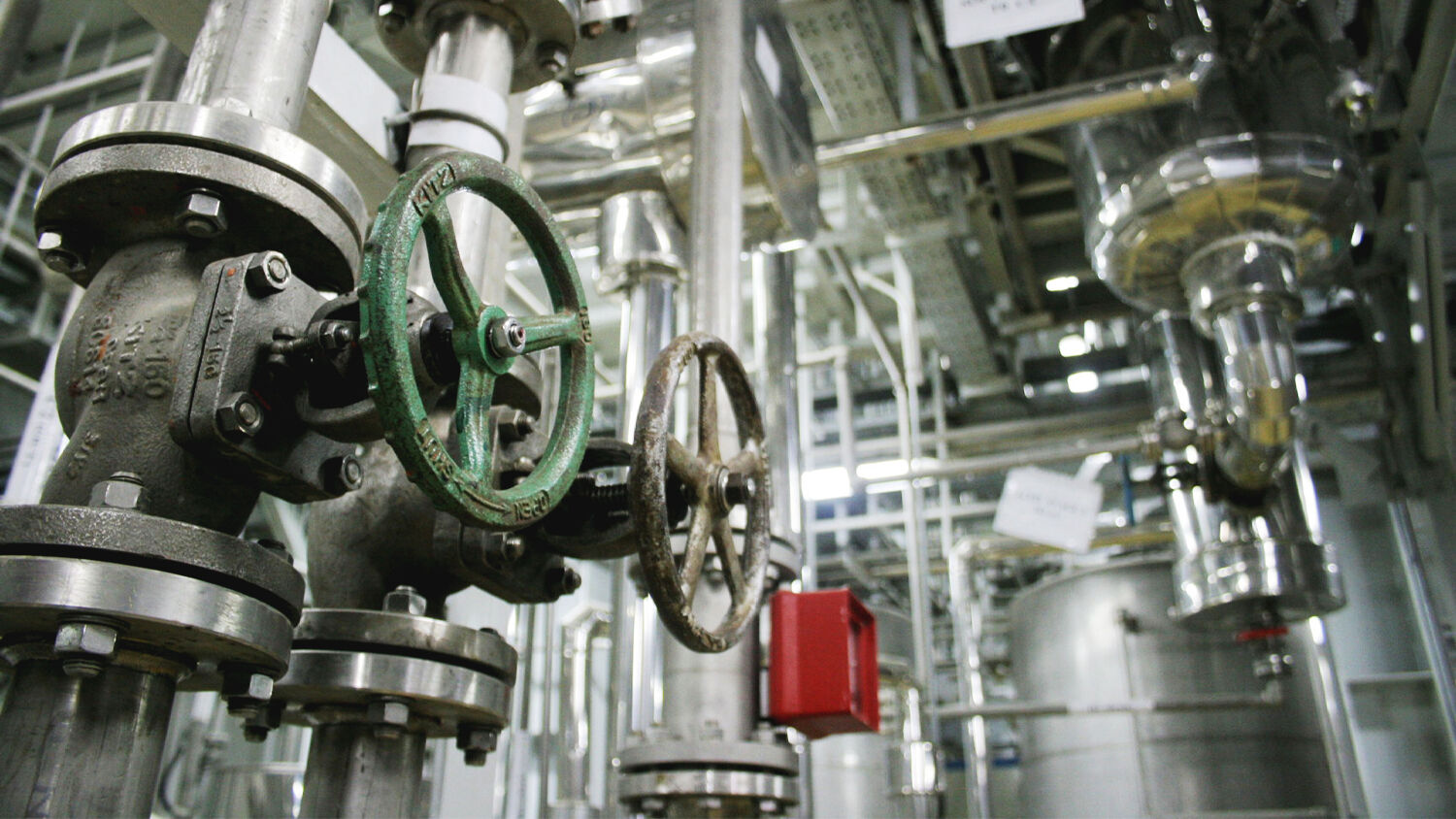 The inside of a uranium conversion facility producing unit just outside the city of Isfahan, Iran
Getty Images

Iran is continuing to violate the 2015 nuclear deal in a bid to pressure Biden and Europe.

The International Atomic Energy Agency (iaea) confirmed on March 15 that Iran has started enriching uranium at its underground Natanz nuclear facility using the advanced IR-4 centrifuge. This latest move by Iran is yet another violation of the 2015 Joint Comprehensive Plan of Action (jcpoa) nuclear deal in a bid to increase pressure on Joe Biden to make the first move in negotiations.

When Iran’s above-ground advanced centrifuge facility at Natanz was destroyed by an explosion on July 2, 2020, the ayatollahs ordered for the facility to be rebuilt—this time, underground. Experts at the time estimated it would take one to two years. Yet a mere eight months later, the new Natanz facility is up and running.

After the July explosion, Iran began moving three cascades, or clusters, of various models of advanced centrifuges from an above-ground plant at Natanz to its below-ground fuel enrichment plant (fep). Iran began the enrichment process underground with its advanced IR-2 centrifuges, yet the nuclear deal only allows Iran to enrich uranium using its first generation IR-1 centrifuges. According to the Nuclear Threat Initiative, the IR-2 is believed to have an enrichment output that is four times greater than the IR-1.

Now, Iran is also using IR-4 machines. “On 15 March 2021, the agency verified that Iran began feeding the cascade of 174 IR-4 centrifuges already installed at fep with natural UF6,” the iaea reported. Natural UF6 refers to uranium hexafluoride, which is the form of uranium that is fed into centrifuges for enrichment. While the IR-4 is not very different from the IR-2, it is still four times more efficient than the IR-1 centrifuge.

This aggressive behavior from Iran is getting Europe’s attention.

French Foreign Minister Jean-Yves Le Drian told a hearing at the French Senate, “There is a tactical problem and also an internal [issue] in Iran, which is in a particular situation because we are quite close to the presidential election in June.” He did not specify what the technical problem was, but he did say that tensions remained and it was of upmost importance to move forward to deescalate and calm the situation.

“We are sending signals to the Iranians so that we can have this return [to the nuclear deal], which would be the prelude to a wider discussion beyond the jcpoa on regional destabilization, but also Iran’s missile capacities,” Le Drian continued. “The return to the jcpoa is just the starting point.”

Additionally, France, Britain, Germany and the European Union are working to bring the U.S. and Iran to the negotiating table. Iran has refused to open discussions until the U.S. removes sanctions, and the U.S. has refused to remove sanctions until Iran complies with the terms of the 2015 deal.

Currently, Iran has the U.S. backpedaling in the Middle East. As America withdraws, Tehran is filling the vacuum. With the recent developments in its nuclear program, Iran’s pushy foreign policy is starting to attract more of Europe’s attention.

At the moment, Tehran is confident and bold. But as Mr. Flurry states in his booklet, “The Iranians are so focused on conquering their own objectives that they don’t see what the Germans are doing. They don’t recognize how Germany is planning for the bigger war to come!” Iran’s confrontational foreign policy will result in a blitzkrieg response from Germany and Europe.

Iran increasing enrichment of uranium is an alarming situation. Underground facilities are harder to destroy, and as a result, fears are rising that Iran could use the underground facilities to weaponize enough uranium at a fast enough rate to take the world by surprise.

As Iran works hard to develop a nuclear bomb, its pushy foreign policy will anger Germany and result in war. To understand what is happening and what the hope-filled implications are in all of this, please read Mr. Flurry’s booklet The King of the South.