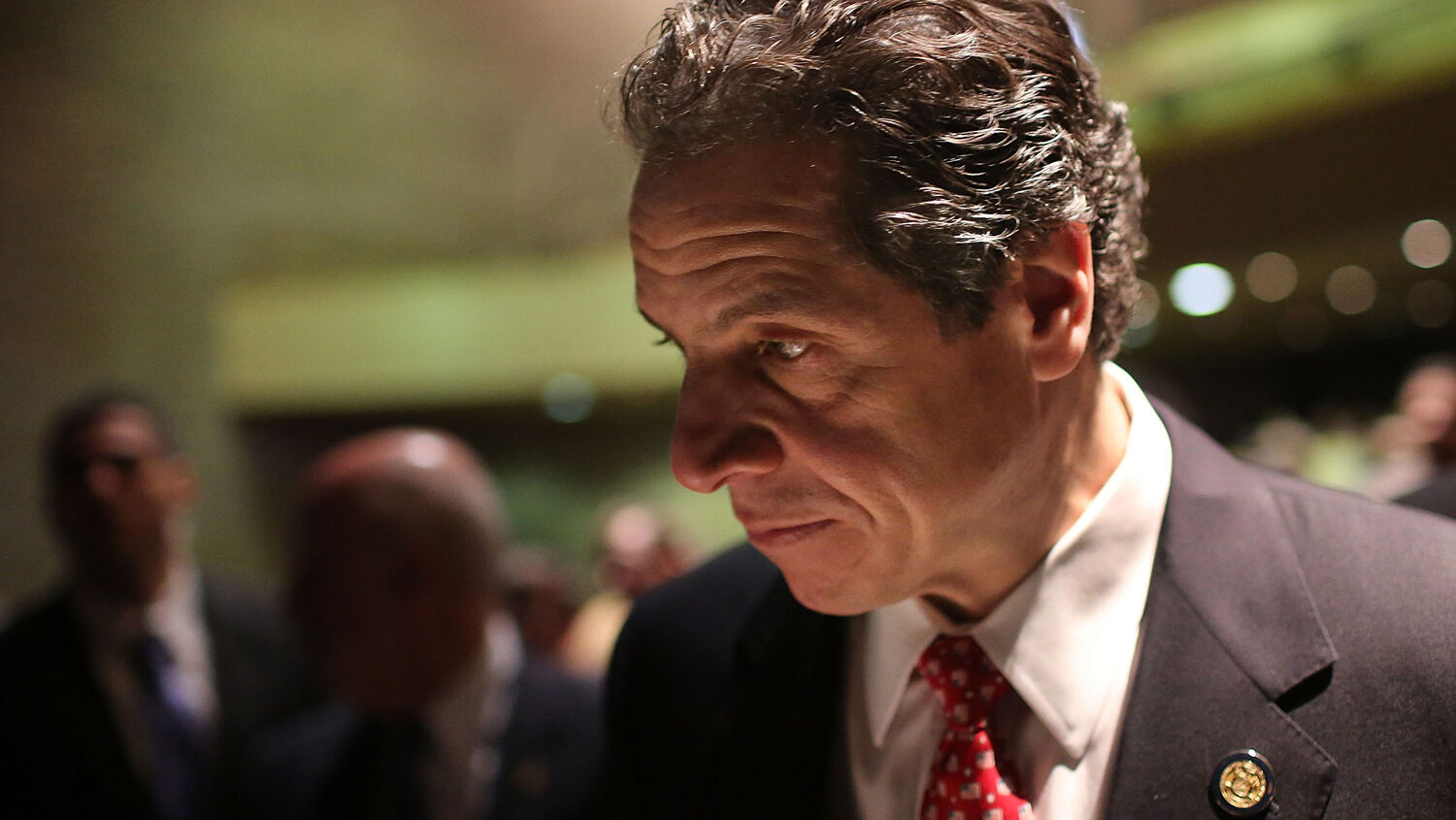 I knew a man whose large family loved Kentucky Fried Chicken. They rarely ate there because it was expensive. But this didn’t stop his children from pleading for it every Saturday on the drive home from Church services. One day, Dad decided to put an end to the obsession.

Instead of driving past kfc, he drove through. The kids, mainly teenage boys, couldn’t believe it. They were ecstatic. Their relentless nagging had worked! Dad ordered buckets of chicken, then took the family to a rest-stop picnic table. Every time one of the boys finished a piece, he handed him another. Then another. And another. And another. He made them eat every last piece. By the time they were done, they couldn’t stand the sight of fried chicken.

There is a psychological term for what this man did. It’s called aversion therapy. The idea is to help a person overcome a behavior by causing him to associate it with something unpleasant. It is generally seen as inhumane, but it can be effective.

We’re told that more than 81 million people voted for this outcome. Although this figure is probably massively inflated, no one denies that tens of millions of Americans, including millionaires, billionaires, executives, professors, teachers, union bosses, celebrities, athletes and other elites and everyday people, voted for the extremist-radical agenda of Joe Biden and Kamala Harris.

Now they have what they wanted.

In the coming weeks, months and years, we will all learn what this really means.

Consider Andrew Cuomo, New York’s governor. Until recently, this man was the fried chicken of public leaders. People couldn’t get enough of him. During covid-19, the media, Hollywood stars and national leaders (including Mr. Biden) pleaded with governors and other national leaders to behave more like Governor Cuomo. His leadership was hailed as the gold standard of crisis leadership. He was awarded an Emmy at the International Emmy Awards for his leadership and “masterful use of television to inform and calm people around the world.” For months, America gorged itself on Andrew Cuomo.

Then it happened. The reality of who Andrew Cuomo is became public. Over the last few weeks, multiple women have accused him of sexual harassment, one of whom has photographic evidence. Before these allegations of sexism and abuse, there was the revelation, disclosed by a former aide, that during the height of the coronavirus crisis Cuomo had manipulated the data to protect his administration from investigation.

We have now reached the point where even Governor Cuomo’s biggest fans have had their fill. Everyone now agrees: Andrew Cuomo is deeply corrupt. He’s a liar, a charlatan, a misogynist and a bully. And he must go.

The sad thing is, this should not be any great revelation. For nearly 12 months, a handful of pundits, including Trumpet Daily host Stephen Flurry, have exposed Cuomo and his dangerous, arrogant behavior, his corrupt politics and agenda and have warned about his proclivity to manipulate facts. But most people didn’t listen. They ignored the warnings. So they’ve had to learn about Andrew Cuomo the hard way.

It is sad, but this is what is about to happen to America. Those who voted for Joe Biden and the radical left are about to learn the hard way just how dangerous these people are to America. Actually, it’s already happening. Mr. Biden has been president less than two months, and already some of his supporters are growing alarmed.

Take Biden’s immigration policies. In an interview with Axios on Saturday, Democrat Rep. Henry Cuellar expressed alarm at the president’s efforts to ease the measures imposed by Donald Trump to restrict illegal immigration. Cuellar explained the negative impact on local communities and infrastructure. “You just can’t say, ‘Yeah, yeah, let everybody in’—because then we’re affected down there at the border,” Cuellar told Axios.

Bruno Lozano, mayor of Del Rio, Texas, has the same concerns. During the recent ice storm, he made a video for President Biden. “I am pleading and requesting with you to please put a halt to any measures regarding the release of immigrants,” he said.

Both of these men are Democrats. They voted for Joe Biden. And already they’ve had enough of Biden’s immigration policies!

The same is happening with Biden’s executive order to cancel the Keystone XL pipeline, a decision that no doubt thrilled America’s eco-warriors. As the reality of this decision sinks in, as employees in the energy industry are laid off and businesses and communities in these areas anticipate similar decisions in the future, some of Mr. Biden’s supporters are getting worried. In a recent opinion piece for cnn, Robert McNally explained that “Biden’s decision to cancel Keystone is one the U.S. will eventually regret.”

It will be interesting to watch America’s law enforcement and the ongoing national debate around the role of the police. Mr. Biden is under a lot of pressure to defund the police and to enact policies and measures that will curb the power of law enforcement officers. Considering the views of the people he is surrounded by, it’s hard to imagine the president not doing something to curtail the authority of law enforcement.

The results will be disastrous. Criminal behavior in cities and communities where this occurs will rocket. Police officers will be disillusioned, and many will quit. This is what happened in Minneapolis and Seattle following last year’s riots, when the “defund the police” movement grew stronger. The city of Chicago, run by Democrat Mayor Lori Lightfoot, is another case example of curbing police powers.

How long will it be before we see articles by Democrat pundits alarmed at the way Mr. Biden has alienated America’s police officers and made some American cities and communities unsafe and unlivable?

This article from cnn explains how the national debt was bad under Donald Trump, but will be a lot worse under Joe Biden. Expect to see similar articles on other issues, including race relations and transgenders. The consequences of leftist views on these issues—and the policy decisions that are made as a result—are going to be catastrophic. They will further divide this nation and cause massive suffering.

The same is happening with Big Tech companies, their intrusion into politics and free speech, and their axis with the Biden administration. We’re seeing it too with cancel culture and the left’s overarching effort to make America go woke. A small but growing number of supporters and advocates of these companies and movements are beginning to see just how dangerous they are.

As the disastrous consequences pile up, what impact will this lived experience have?

Probably none, or at least very little.

They haven’t with Andrew Cuomo. The recent revelations about New York’s governor haven’t initiated any sort of self-reflection or repentance. None of his celebrity friends or media toadies have reflected on their mistake and asked: How did this happen? How were we so wrong? What do we need to do differently so this doesn’t happen again? And none of them have apologized!

Repentance doesn’t come naturally or easily to humans. The human heart is hard and arrogant. Merely seeing the truth generally isn’t enough. Too often, the only thing that makes a person change his mind and views, and especially his behavior, is experiencing the consequences of his wrong thinking. This is what Winston Churchill called the “confirmed unteachability of mankind.”

The truth is, humanity itself is undergoing a treatment in aversion therapy. It began in the Garden of Eden, with Adam and Eve and their momentous decision to eat from the wrong tree. In that moment, Adam and Eve rejected God. They rejected God’s plan for them, and they rejected God’s knowledge and instruction. “Thus the first created human disbelieved God, disobeyed God, chose to go his own way, do his own thing,” wrote Herbert Armstrong in Mystery of the Ages.

This was the pivotal moment in human history. In this moment, it was decided that humanity would have to get to know God and learn to submit to Him the “hard way.”

“Man was started on the wrong way,” explained Mr. Armstrong in a sermon in October 1982. “Man is being given a great dose of aversion therapy. You see what I mean? We have got to come to the place where our stomach’s so full of the rottenness of this world we don’t want any of it; we want to vomit it up. And I don’t know anyone who wants to go out and swallow up his own vomit again.”

You and I are part of humanity, which means we are all participating in this collective aversion therapy treatment. Can you see what Mr. Armstrong called the “rottenness of this world?” Are you so fed up with it that you are ready to come out of it? Sadly, most of us will only learn from personally experiencing the disgusting, terrible consequences of our own actions. But we don’t have to learn this lesson the hard way. We can learn the lesson a better way.

What is the lesson and end goal of the aversion therapy treatment: God wants us to realize that without Him, without His law and knowledge, without the power of His Holy Spirit, we are corrupt and degenerate, totally incapable of producing anything permanently peaceful, righteous and beautiful.