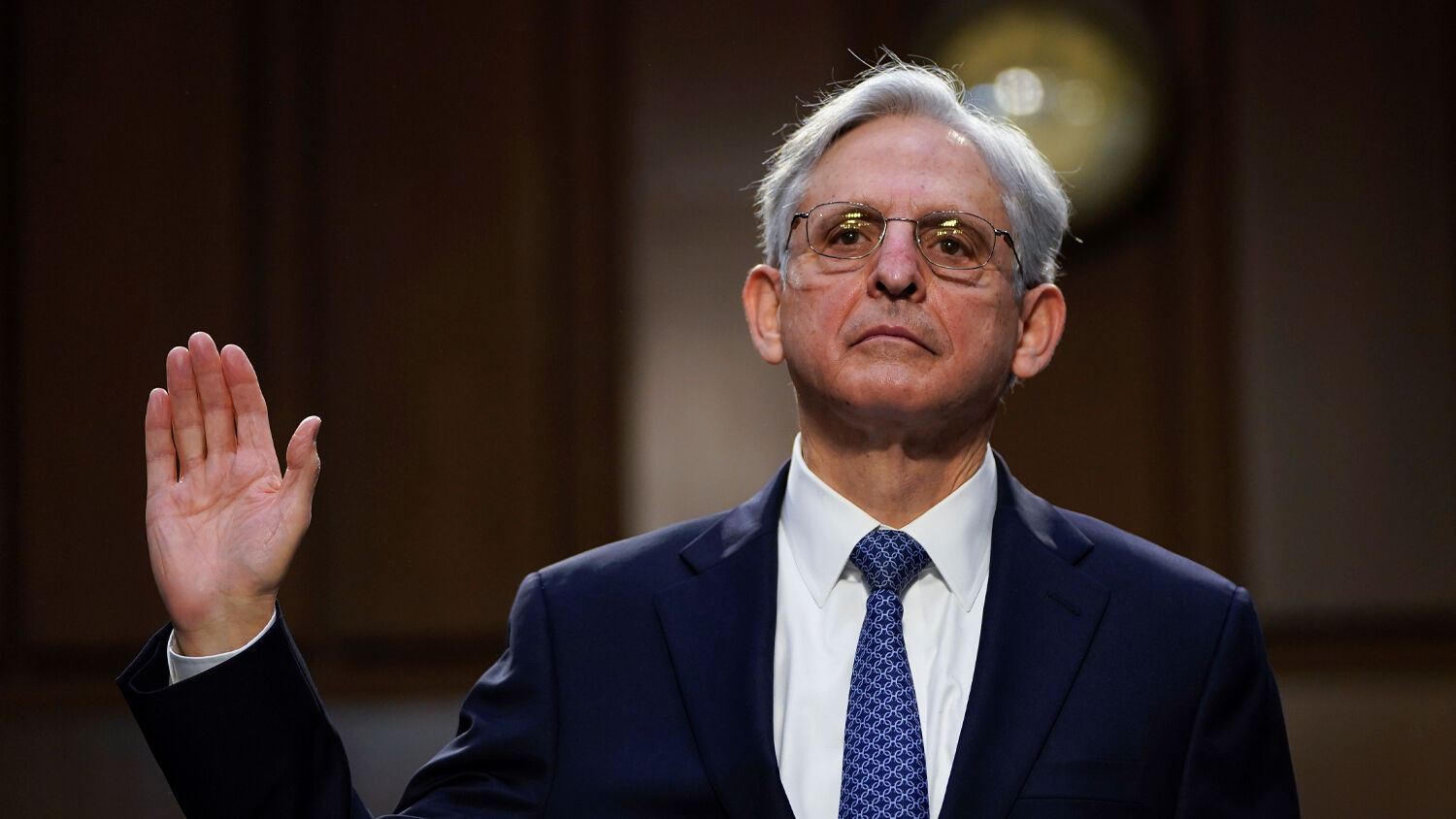 Attorney general nominee Merrick Garland is sworn in during his confirmation hearing before the Senate Judiciary Committee in the Hart Senate Office Building on February 22 in Washington, D.C.
Drew Angerer/Getty Images

‘Disparate treatment in our justice system’ exists, but not in the way the new attorney general thinks.

Merrick Garland, Joe Biden’s nominee for attorney general, was approved by the Senate Judiciary Committee in a 15-7 vote yesterday. The full Senate is expected to vote to confirm him within a matter of days. So what can we expect from Attorney General Merrick Garland?

The man who is about to take control of the Department of Justice has radical ideas about justice. During his two-day confirmation hearing last week, he emphatically stated that the United States does not have equal justice under the law. And, he says, this injustice is perpetrated by an entire system of racists.

Democratic Sen. Cory Booker asked Garland if systemic racism influences outcomes in criminal justice. Garland responded, “Senator, there is no question to me that there is disparate treatment in our justice system.”

In 2016, Barack Obama nominated Garland to fill the Supreme Court seat left vacant by the death of Justice Antonin Scalia; he was not confirmed. President Donald Trump was elected, and that seat was filled by Neil Gorsuch. Democrats portrayed Garland as a judicial moderate when they tried to get him confirmed to the Supreme Court, but his confirmation hearings show he will not be a moderate attorney general.

“We do not yet have equal justice,” Garland told the Senate Judiciary Committee in a sweeping statement. “Communities of color and other minorities still face discrimination in housing, in education, in employment and in the criminal justice system. And they bear the brunt of the harm caused by a pandemic, pollution and climate change.”

Garland is right that there exists “disparate treatment in our justice system.” My father, Philadelphia Trumpet editor in chief Gerald Flurry, wrote a feature in the March issue explaining what the Bible reveals about corruption in America’s court system. Yet what Garland is proposing won’t equalize injustice, it will institutionalize it.

Affirmative action policies already give “communities of color and other minorities” a special advantage “in housing, in education, in employment and in the criminal justice system.” In his feature, my father cited the example of St. Louis Circuit Attorney Kim Gardner, who released all the rioters and looters arrested during a Black Lives Matter protest last summer but prosecuted Mark McCloskey and his family for holding (but not firing) weapons as a blm mob threatened them.

That is unequal justice in favor of “communities of color” in the justice system.

The recently deceased conservative radio icon Rush Limbaugh gave a speech in 1997 on the difference between conservatives and liberals.

Limbaugh understood that radical leftists viewed themselves as righteous and so engaged in the-end-justifies-the-means politics. You can see why the leftists hated Rush Limbaugh so much. He understood them, and exposed them!

On February 22, the Supreme Court denied a case challenging the legitimacy of mail-in ballots that arrived after election day in Pennsylvania. Three conservative justices, Clarence Thomas, Samuel Alito and Neil Gorsuch, dissented, saying the court needed to clarify the case before the next election occurs. Yet Brett Kavanaugh and Amy Barrett, both appointed by President Trump, sided with the court’s leftist wing.

Even the Supreme Court is more concerned about placating the radical left than about upholding the rule of law and the Constitution of the United States. And soon-to-be Attorney General Merrick Garland wants to take it much further!

The radical left sees Donald Trump as evil, so anything goes. In their minds, their opponents are evil and they are good—no matter what they do. So they brazenly stole the 2020 election with fraudulent ballots and hacked voting machines, and now they are working to change election laws so they will win every future election.

In his dissent to the Pennsylvania court case, Justice Thomas quoted a 2012 New York Times article: “[A]bsentee voting replaces the oversight that exists at polling places with something akin to an honor system.” That is what happened this past election. Director of Cybersecurity Kris Krebs said that the election was secure, so everyone just believes him. There is no oversight or transparency. And there is nothing akin to honor.

America’s leaders, especially those in the radical left, have broken judgment!

The late Herbert W. Armstrong proved in his book The United States and Britain in Prophecy that Americans actually descended from the ancient Israelites. And the Prophet Micah warned that the Israelites’ descendants would descend into a justice system akin to cannibalism.

Could America’s justice system really be that bad? Well, that is how God describes it! And now Merrick Garland will take office and openly issue “justice” in different ways to different people. Black Lives Matter rioters, Antifa militants, transgender activists and other left-wing protesters will continue to violate the rule of law. The innocent will continue to suffer. Attorney General Garland will call it justice.

And God will allow this horrible state of affairs to continue until people realize how terrible is human-devised law and justice and how desperately we need the law and justice that comes only from our Creator!

To learn more about what the Bible has to say about the justice system in America today, please request a free copy of my father’s booklet Micah—God’s People Rise Up as His Enemy.