Time magazine spells it out. 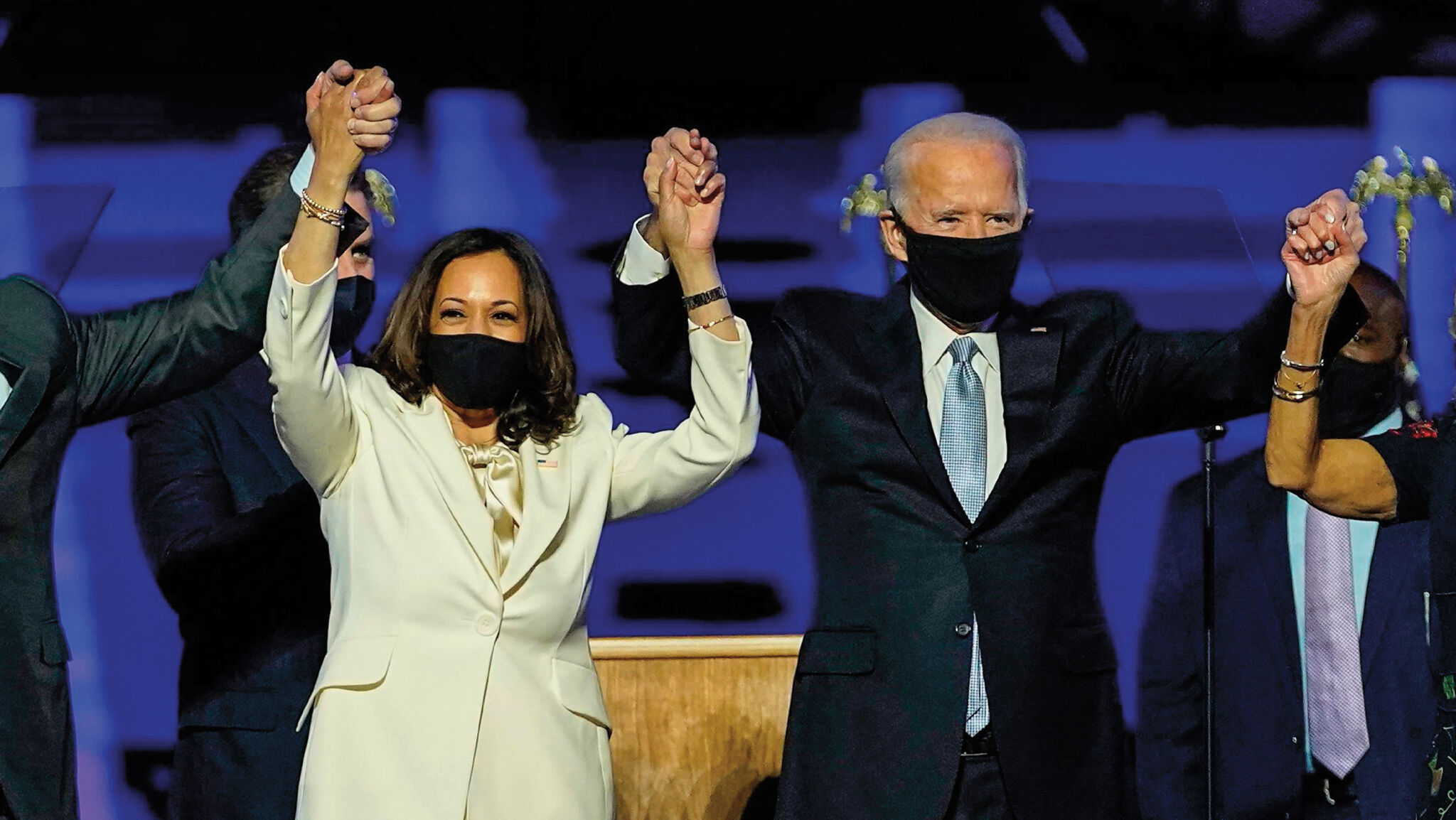 Time magazine spells it out.

In February, Time magazine published a 6,500-word article revealing “the secret history” of “a well-funded cabal of powerful people, ranging across industries and ideologies, working together behind the scenes to influence perceptions, change rules and laws, steer media coverage, and control the flow of information.” This “vast, cross-partisan campaign” spent “hundreds of millions of dollars” committing “a conspiracy unfolding behind the scenes” of “unprecedented scale” that was ready, among other things, to “flood the streets.” The goal? To manipulate the 2020 presidential election.

But, Time repeatedly stated, this was all a good thing.

Following are quotes from the February 4 Time magazine article by Molly Ball titled “The Secret History of the Shadow Campaign That Saved the 2020 Election.”

In a way, Trump was right. There was a conspiracy unfolding behind the scenes, one that both curtailed the protests and coordinated the resistance from ceos. Both surprises were the result of an informal alliance between left-wing activists and business titans. … Both sides would come to see it as a sort of implicit bargain—inspired by the summer’s massive, sometimes destructive racial-justice protests ….

This is the inside story of the conspiracy to save the 2020 election, based on access to the group’s inner workings, never-before-seen documents and interviews with dozens of those involved from across the political spectrum. …

[T]he participants want the secret history of the 2020 election told, even though it sounds like a paranoid fever dream—a well-funded cabal of powerful people, ranging across industries and ideologies, working together behind the scenes to influence perceptions, change rules and laws, steer media coverage, and control the flow of information. …

Protecting the election would require an effort of unprecedented scale. As 2020 progressed, it stretched to Congress, Silicon Valley and the nation’s statehouses. It drew energy from the summer’s racial-justice protests, many of whose leaders were a key part of the liberal alliance. And eventually it reached across the aisle, into the world of Trump-skeptical Republicans appalled by his attacks on democracy.

Time admits massive collusion involving enormous wealth and threatening to reprise “sometimes destructive” protests to influence the election, led by some of the same people who call checking a person’s eligibility to vote “voter suppression” and who spent the summer desecrating the memories of the Founding Fathers who established democratic self-governance. But, Time takes pains to emphasize, “They were not rigging the election; they were fortifying it.”

The handshake between business and labor was just one component of a vast, cross-partisan campaign to protect the election—an extraordinary shadow effort dedicated not to winning the vote but to ensuring it would be free and fair, credible and uncorrupted. …

The scenario the shadow campaigners were desperate to stop was not a Trump victory. It was an election so calamitous that no result could be discerned at all, a failure of the central act of democratic self-governance that has been a hallmark of America since its founding.

Time magazine says that protecting the freedom, fairness, credibility and soundness of the election was the job of an “extraordinary shadow effort”—and that the people laboring in these shadows did not care who won. They had no intention of influencing the outcome—only to make sure it was “fair.” Is your mind performing all the necessary contortions to believe what Time journalists and executives are telling you?

Their work touched every aspect of the election. They got states to change voting systems and laws and helped secure hundreds of millions in public and private funding. They fended off voter-suppression lawsuits, recruited armies of poll workers, and got millions of people to vote by mail for the first time. …

The Voting Rights Lab and IntoAction created state-specific memes and graphics, spread by e-mail, text, Twitter, Facebook, Instagram and TikTok, urging that every vote be counted. … The organization’s tracking polls found the message was being heard: The percentage of the public that didn’t expect to know the winner on election night gradually rose until by late October, it was over 70 percent. A majority also believed that a prolonged count wasn’t a sign of problems.

After every election, votes are counted, and the winners are announced on election night. Except for 2020. This time, the conspirators planned for the count to take longer. And they colluded to change the beliefs of the average American, who might otherwise think there was a problem with the election. But the conspirators were not only altering people’s perceptions, they were altering the actual election system itself.

The first task was overhauling America’s balky election infrastructure—in the middle of a pandemic. For the thousands of local, mostly nonpartisan officials who administer elections, the most urgent need was money. … Private philanthropy stepped into the breach. An assortment of foundations contributed tens of millions in election-administration funding. The Chan Zuckerberg Initiative chipped in $300 million.

Time tells you to view super-rich elites spending hundreds of millions to change the administration of the election—and just in the swing states that would determine the outcome—as unbiased philanthropists courageously “stepping into the breach.” Meanwhile, leftists were preparing an even more forceful threat.

The summer uprising had shown that people power could have a massive impact. Activists began preparing to reprise the demonstrations if Trump tried to steal the election. … More than 150 liberal groups, from the Women’s March to the Sierra Club to Color of Change, from Democrats.com to the Democratic Socialists of America, joined the “Protect the Results” coalition. The group’s now defunct website had a map listing 400 planned post-election demonstrations, to be activated via text message as soon as November 4. To stop the coup they feared, the left was ready to flood the streets. …

[B]ehind the scenes, the business community was engaged in its own anxious discussions about how the election and its aftermath might unfold. The summer’s racial-justice protests had sent a signal to business owners too: the potential for economy-disrupting civil disorder.

Yes, you read that right. It turns out that the conspirators did have a preferred candidate. And if that candidate did not win on Election Day—or whenever the delayed vote-counting finally finished—they were ready to unleash a massive network of “protesters” and rioters. But, Time says, this wasn’t a coup; Trump supporters were the potential coup.

Finally, Election Day came. And there were problems with votes being cast. And there were a lot of problems and delays with counting votes, especially in the swing states. The irregularities favored Biden, yet at 11 p.m. on election night, President Trump’s results were stronger than anyone expected. (Even after the delayed, largely fraudulent vote-counting, he officially won an all-time record 74 million—second only, somehow, to 81 million for Joe Biden.)

Many liberals involved in the conspiracy signed in for an emergency teleconference call, the Time author writes:

Hundreds joined; many were freaking out. … The conversation that followed was a difficult one, led by the activists charged with the protest strategy. “We wanted to be mindful of when was the right time to call for moving masses of people into the street,” [activist Angela] Peoples says.

But some of the conspirators persuaded the others to trust that Biden would ultimately get more votes than Trump, and that a Biden victory would go unchallenged.

So the word went out: Stand down. Protect the Results announced that it would “not be activating the entire national mobilization network today, but remains ready to activate if necessary.”

They instead planned a weekend of celebration, which, Time says “happened to coincide” with the day (November 8) that the major liberal news corporations made their coordinated announcements that they were calling the election for Joe Biden.

The swamp is deep! The “deep state” is deep! This is what Donald Trump warned about: powerful, influential elites who are “enemies of the people.” Conspiracy, cabal, sometimes destructive protests: These words did not accidentally slip by editors. They want you to know there was a conspiracy, perhaps because you would find out anyway, and they want to influence you to think that it’s a good thing.

The world we live in is hanging by a thread, and the thread is rotten. The only answer, the only hope, is not the Republican Party or some new party or even the ideals of conservatism. Your only hope is to see the world and even this once-great nation for what it is and to use this opportunity for what it is: one last chance to repent.