A danger threatens supply lines for virtually every product you use. 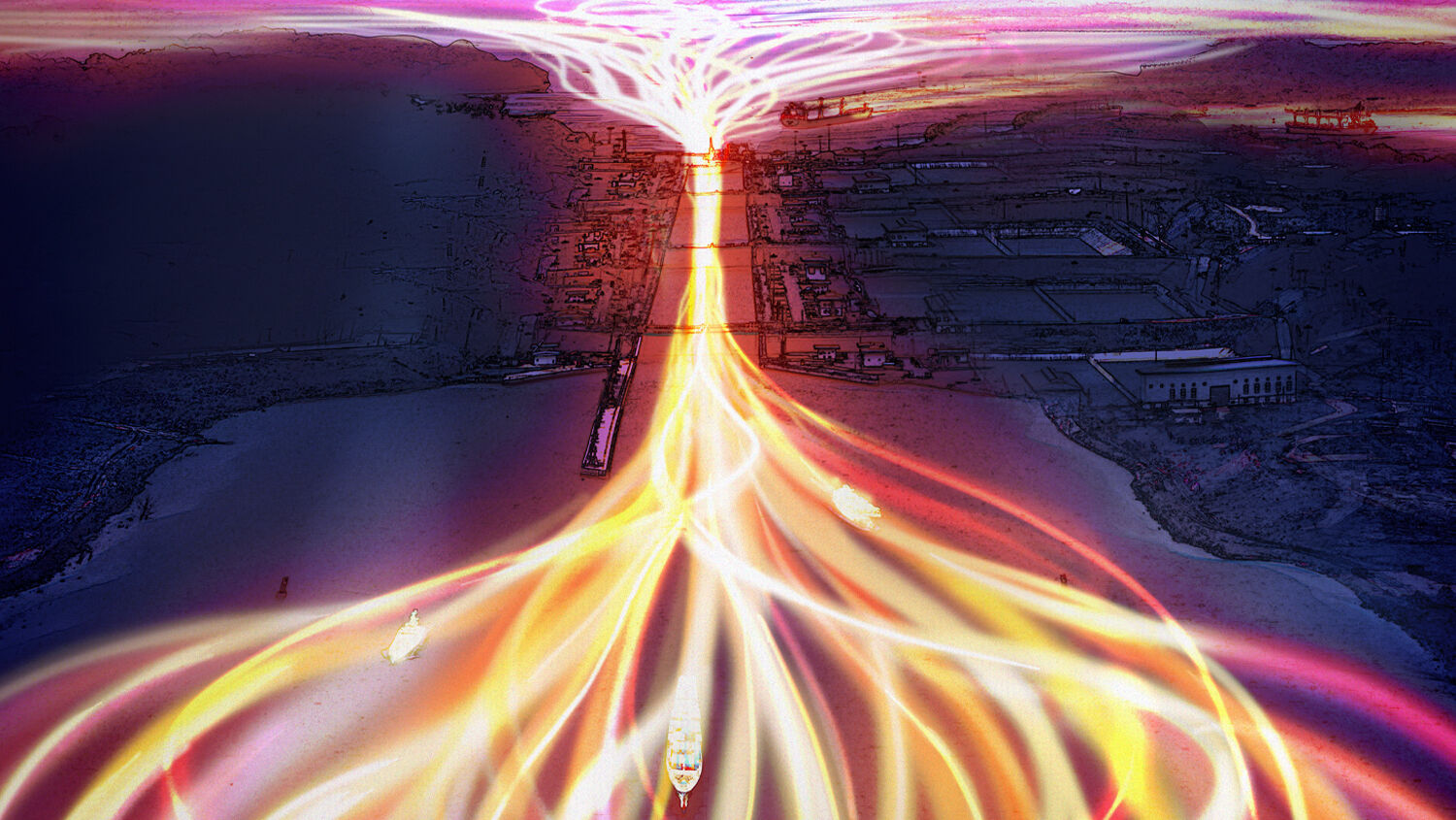 A danger threatens supply lines for virtually every product you use.

Everything you own probably once traveled on a ship. Whether you live in an island nation like I do or a continental expanse like the United States, your clothes, your appliances, your food, your vehicle, your furniture, your copy of this magazine all relied, in some way, on ships to come into existence.

This makes the shift in control of global sea gates one of the most important and most overlooked trends of the last few decades.

America has given up the Panama Canal. Britain has surrendered Hong Kong. By contrast, China is building bases and relationships with the countries that once sat on these crucial choke points.

More sea gates could soon change hands. On Dec. 31, 2020, the United Kingdom and European Union struck an agreement in principle that would see the EU take over Gibraltar’s borders. The agreement still needs to be translated into an actual treaty, but it would see Gibraltar become part of the Schengen Area—the EU’s free travel zone. Though still owned by the UK, it would have no real border with Spain. Instead, European border guards would police people traveling in from the UK.

Brexit could also see the Falklands leave Britain’s orbit. When Britain was part of the EU, member states supported Britain’s control of the islands. With Britain gone, they could switch sides and push Argentina’s claim. The EU could also turn against British control of Diego Garcia.

But does any of this really matter? Aren’t these the aging relics of a defunct imperial power?

The fact is, these sea gates have never been more important. We live in an era “of extreme interdependence,” writes Rose George in her book Ninety Percent of Everything. “Hardly any nation is now self-sufficient.”

Ninety percent of the world’s trade travels by ocean. In the United Kingdom, 95 percent of the products we use came from overseas, according to the Maritime Foundation.

Even the products you own that were manufactured in your country almost always use raw materials or equipment that relied on maritime commerce. The electronic device in front of you, the clothes you are wearing, the coffee mug on your desk, perhaps even the desk itself—these things would be much more expensive or perhaps completely unavailable without overseas shipping.

Shipping doesn’t just provide a good selection of various products, it provides literal lifelines. Most of our food in the UK comes from overseas. Oceangoing tankers carry 60 percent of the world’s oil.

And most of that trade travels through narrow waterways that The Trumpet often refers to as sea gates.

Our everyday lives depend on a constant flow of materials and goods from overseas. This trade in turn depends on a series of sea gates. Close these gates using warships, warplanes, mines, shipwrecks or other means, and the oil market will panic, global economic chaos will result, and nations like the UK will quickly begin to starve.

The Western world doesn’t just rely on oceangoing trade to exist, it also relies on it being prompt. Modern economic practices emphasize efficiency, which minimizes spare capacity and allowance for delay. Here in the UK, most supermarkets stock only enough fresh food for 24 hours.

The UK was given a preview of this in December. France closed its border, citing covid concerns. The closure affected only a tiny amount of UK trade. Goods could flow freely out of other major European hubs, like Rotterdam. Containers that traveled via rail were unaffected. It was only goods carried on lorries that was blocked. Only 20 percent of trade with France was affected. Yet even this minor shutoff, lasting only a few days, caused some supermarkets to experience shortages and had nations worried. A more complete shutoff would be devastating.

“Disruptions to global supply chains are, in fact, more devastating than a traditional military attack,” wrote Elisabeth Braw in Foreign Policy (Aug. 7, 2018). She warned that even a cyberattack on a port or shipping facility could be deadly. “An adversary could bring a country to its knees without dispatching a single soldier,” she wrote.

But if it does come to dispatching soldiers, sea gates are also vital.

Ships are hard to destroy because they are hard to find and hard to reach. They’re at their most vulnerable when they have to come close to land.

An American warship packs a huge amount of power, and in the middle of the Pacific Ocean it is very hard to sink. An adversary needs sophisticated surveillance to find it. It requires accurate long-range missiles or silent submarines to get close. But if that same ship travels through a sea gate, a suicide bomber with a speedboat could take it down.

Submarines face a similar problem. In the vast ocean, they’re almost impossible to find. But maritime choke points tend to be shallower and busier. If a nation can set up listening infrastructure, it is in a much better position to track these vessels.

Sea gates and overseas bases also provide vital staging grounds for ships to refuel and be serviced. Alfred W. McCory, professor of history at the University of Wisconsin–Madison, wrote: “Historian Paul Kennedy has suggested that Britain’s ‘naval mastery’ in the 19th century made it ‘extremely difficult for other lesser states to undertake maritime operations or trade without at least its tacit consent.’ But modern bases do even more. Naval bastions and the warships they serve can weave a web of dominion across an open sea, transforming an unbounded ocean into de facto territorial waters. Even in an age of cyberwarfare, they remain essential to geopolitical gambits of almost any sort, as the United States has shown repeatedly during its tumultuous century as a Pacific power.”

America’s postwar global dominance rested on the foundation of these bases and sea gates. By 1955, America had 450 military bases in 36 different countries.

If a group of nations controlled the world’s sea gates, then it would have incredible power. But there’s an even more important reason to be concerned about sea gates.

The issue of control over crucial sea gates appears in the Bible. Studying into this subject helps you prove the relevance of your Bible to world news and to your life today.

In Genesis 22:16-18, God told Abraham that He would multiply his descendants “as the stars of the heaven, and as the sand which is upon the sea shore.” These descendants, He said, would “possess the gate of his enemies.” Rebekah, Abraham’s daughter-in-law, was told “be thou the mother of thousands of millions, and let thy seed possess the gate of those which hate them” (Genesis 24:60). What, in the context of “thousands of millions” of people, could the Bible be talking about? What gates affect millions of people? What is the closest thing international relations has to a gate?

This has to be talking about sea gates.

The Bible says that one people would dominate the world’s maritime passages.

This is exactly what happened in history. The British Empire ruled the waves with its navy by controlling these gates: the Strait of Gibraltar, the Suez Canal, Sri Lanka, Singapore and numerous ports like Hong Kong. The United States controlled the Gulf of Mexico, built the Panama Canal, and sent its navy and other military forces around the world, stationed in hundreds of overseas bases, often near key choke points.

But the Bible also prophesies that Britain and America will lose these gates. In Deuteronomy 28:52, God tells the recipients of these blessings that if they refuse to obey Him, they will be besieged “in all thy gates.” The gates they once owned will be slammed shut.

Other passages talk about Europe working together with China and Japan to form a trade alliance that shuts out Britain and America.

As Britain loses control of Gibraltar and the Falklands, this should be a major concern for everyone. This power is slipping over to countries that don’t have the same attachment to freedom and free trade. Instead, they’ll use these gates to control the world.

The United States and Britain in Prophecy
People of the Western world would be stunned—dumbfounded—if they knew! The governments of the United States, Britain, Canada, Australasia, South Africa would set in motion gigantic crash programs—if they knew! They could know! But they don’t! Why?
From The March 2021 Philadelphia Trumpet
View Issue FREE Subscription
Next
Previous