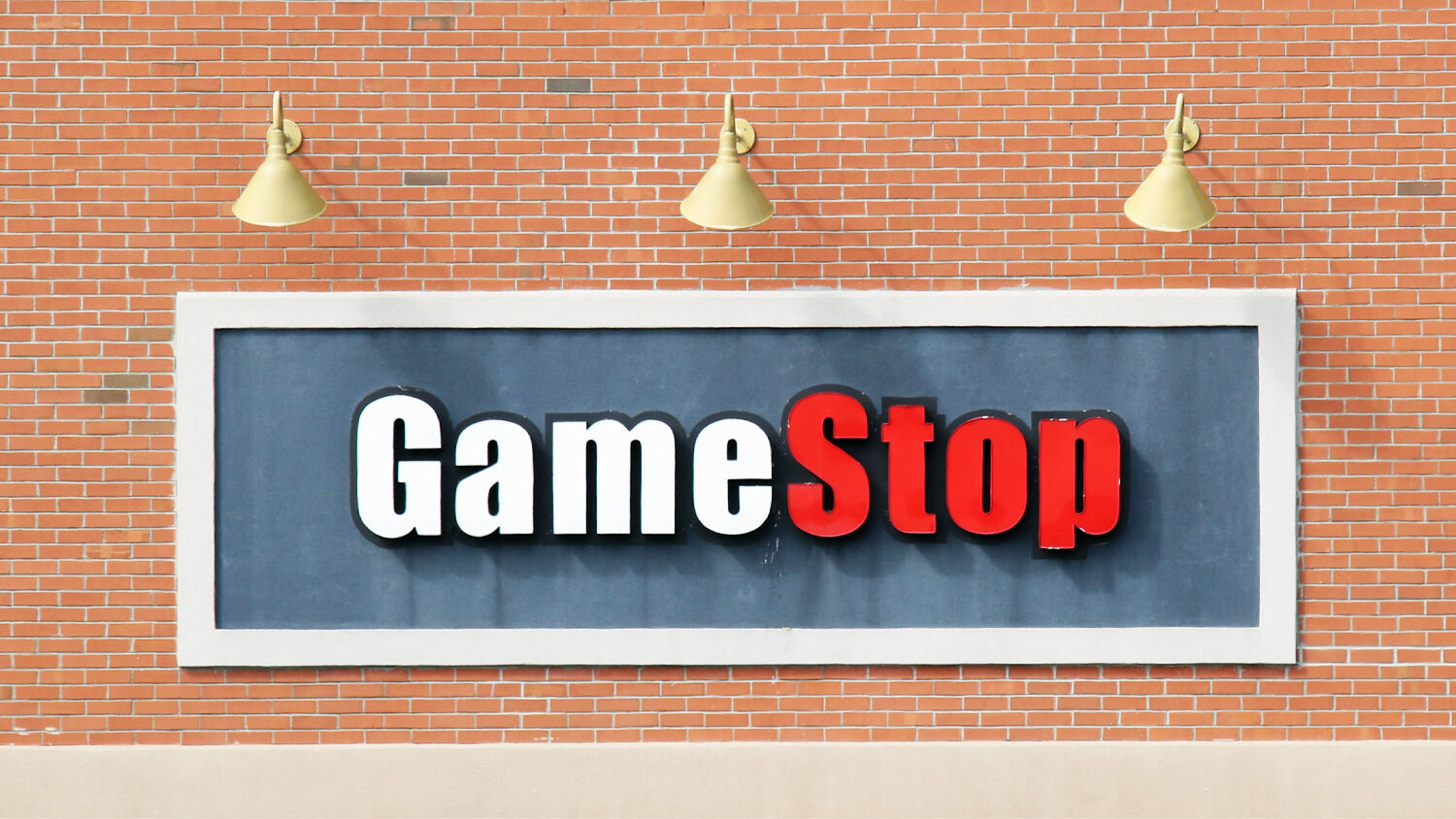 With the world reeling from the financial consequences of a year of lockdowns—growing unemployment, stimulus spending, growing debt—one financial sector is surging: the stock market. Following the market crash in March 2020, when lockdowns began, stocks have been on a steady, sometimes astronomical, rise. Now nearly one year into the covid-19 world, more and more analysts are warning that a market bubble is quickly forming. But what is fueling the bulge?

When the United States government put the brakes on the economy during the lockdown, it became clear that additional action was needed to keep things going. Then came the flush of cash from the U.S. government. Since the start of the lockdown, the federal government has introduced multiple rounds of stimulus to buoy the economic downturn caused by people not going to work. Multiple direct payments to millions of Americans have occurred, the most recent being a $600 payment. The reasoning was that this money would be spent within the economy to keep things going. However, many found other uses for it: investing in the stock market.

With extra money on hand, and the prospect of making even more money, many turned to the stock market with their stimulus money. This influx of cash into the market has been one of the contributing causes to the growing bubble. Bank of America economists wrote a note to clients on January 22 warning of this very thing.

Stretching the bubble more, on the horizon is a newly announced $1.9 trillion stimulus bill that would include $1400 direct payments to Americans. This has prompted investors, including long-time investor Jeremy Grantham, to warn that it could lead to the bursting of the bubble.

“If it’s as big as they talk about, this would be a very good making of a top for the market, just the kind that the history books would enjoy,” Grantham said. “We will have a few weeks of extra money and a few weeks of putting your last, desperate chips into the game, and then an even more spectacular bust.”

‘Gamification’ of the Stock Market

Another contributing factor is the easy access to the market by inexperienced traders, and the “gamification” of stock trading. When the lockdown measures were implemented last March, millions found themselves at home looking for something to do. Many turned to the stock market. From the confines of their home, new investors had a slew of online brokerages offering low- or commission-fee trading.

Charles Schwab, TD Ameritrade, E-trade and Robinhood, popular online trading platforms, saw new accounts increase by as much as 170 percent in the first quarter of 2020. Robinhood had an increase of 3 million accounts from the end of 2019 through May 2020. The majority were young, inexperienced millennials.

With a depressed stock market, many saw it as a once-in-a-lifetime opportunity to “buy the dip.” With stocks low, they could only go up, they reasoned. But as stocks began to surge following the crash, it became more and more evident that new investors were treating the market as their own slot machine. As one Bloomberg opinion writer put it, “Novice investors are learning about investing not through fundamental rules of the road (study the company and its leadership, read its filings, study its markets, consider its price-to-earnings ratios, evaluate its cash generation versus its debt load, review its earnings expectations versus reality, etc) but rather through a casino-like focus on ticker symbols alone.”

Increasingly analysts are reporting that investors are taking more and more speculative risks in their investing strategy. Option trading is becoming an ever popular method that has the potential for “lottery-like payoffs.”

Added to that was the “gamification” that some of these online platforms incorporate to stir more trading. “Gamification” is the process of adding game elements to a non-game activity. And while the technique can be used effectively in some situations to encourage certain productive habits, its use in the stock market has had disastrous consequences on the market and on individuals.

Robinhood, a popular trading site offering zero-commission trading, has been accused repeatedly this year of this practice. The New York Times reported:

[A]t least part of Robinhood’s success appears to have been built on a Silicon Valley playbook of behavioral nudges and push notifications, which has drawn inexperienced investors into the riskiest trading, according to an analysis of industry data and legal filings, as well as interviews with nine current and former Robinhood employees and more than a dozen customers. And the more that customers engaged in such behavior, the better it was for the company, the data shows.

More than at any other retail brokerage firm, Robinhood’s users trade the riskiest products and at the fastest pace, according to an analysis of new filings from nine brokerage firms by the research firm Alphacution for the New York Times.

Features of the app include falling confetti and emoji-filled phone notifications that made it feel like a game, according to Richard Dobatse, a user who lost $860,000 on the platform. The brokerage now faces legal action for its practices.

Despite free time and “free” money, the greatest contributing factor to the growing bubble is a spirit that infects every human being on Earth. Bloomberg recently called it “unchecked animal spirits.” But the spirit driving this is more than just animalistic. The Bible reveals that Satan the devil is the real source of this “unchecked” spirit that is rampant in the world today, as evidenced in the current stock market bubble. This spirit can be called “human nature.” The Bible describes the outcome of this unchecked spirit in passages like Galatians 5:19-21 and 2 Timothy 3:1-5.

That spirit, as described by Herbert W. Armstrong, is the spirit of “get”—of taking. That spirit is manifested in many facets of the stock market bubble. Right now, the cnn Fear & Greed Index, which attempts to measure the emotions driving the market, grades the market as being driven by “greed.” Two of its metrics are rated as “extreme greed.” As the markets balloon more and more, everyone wants their piece of the pie. Not only is stimulus money being spent, but a growing amount of borrowed money is finding its way into the stock market too, referred to as buying on margin. According to a chart produced by Bloomberg, hedge funds prime brokered by Goldman Sachs have raised their leverage at the fastest rate since 2016.

Coupled with the spirit of greed is the spirit of competition, which is also contributing to a growing bubble not based in reality. Human nature is loyal to its team or its group. Companies like Tesla have seen astronomical growth since March, not because the company has experienced explosive growth, but because of the “fanboy” following of Tesla ceo Elon Musk. Company loyalty and fandom are on full display in the current stock market, largely from lone investors on these online brokerages. And if you speak out against a company the fanboy mob supports, watch out.

The latest company artificially “bubbling” has been the popular video game retailer GameStop. This is a company whose business model goes against the common video game market trajectory and has been in decline for years as a result. While most video game retail is now online based, with games available for purchase online and downloaded straight to a console from the comfort of your home, this company is funded through buying and up-selling physical copies of used games for older consoles at physical retail locations.

With GameStop’s stock in decline, large hedge funds have resorted to “shorting” the stock, effectively betting that it will decline in value to make money. On Thursday, January 21, Citron Research group hosted an online video outlining why it was shorting the stock. This set off a firestorm from GameStop supporters who viewed it as an attack on their beloved company.

First, Citron Research’s Twitter account was hacked multiple times and its online video disrupted; then Citron managing partner, Andrew Left ,and his family were threatened. Then came the coordinated effort on the popular discussion board site Reddit to artificially balloon the stock price by getting as many users as possible to buy the stock. This artificially raised the price of the stock, which forced hedge funds to sell their shorts at a loss to prevent greater losses. This caused prices to soar more. It was also exacerbated by social media posts from Elon Musk and investor Chamath Palihapitiya supporting the cause of GameStop, which pushed prices even higher.

In the course of just a week, the stock price went from $39 to $370. Seeing their battle as a “David vs. Goliath” struggle and motivated out of spite for these investment firms, everyday people were able to manipulate the markets. This caused hedge funds to lose more than $5 billion on GameStop stock alone, requiring Melvin Capital to receive a $2.8 billion bailout from other hedge funds to cover its losses.

With human nature playing out in so many disturbing ways in the stock market, it’s little wonder analysts are warning of a market bubble. With stocks increasingly overvalued, a correction in the market is inevitable. Just how big the correction will be remains to be seen. But with U.S. national debt inching closer to $28 trillion, how can the government continue to bail out failing institutions?

As the Trumpet has forecast for years, a major financial crisis is looming. Is that crash on the horizon? The Trumpet’s forecasts are not based on market analysis, but on the sure word of Bible prophecy. God told ancient Israel in Leviticus 26 and Deuteronomy 28 that failure to obey His laws would ultimately result in total economic collapse. Those scriptures applied to ancient Israel, and they apply just as much to the modern descendants of Israel today (referring to America and Britain primarily, as proved in The United States and Britain in Prophecy, by Herbert W. Armstrong).

Current market euphoria shows just how out of touch with reality many Americans are. We are riding the tracks to oblivion, and more and more are jumping on board just to get a piece of the pie. But when the bubble bursts, what will a few extra dollars today be worth? We must wake up to the fact that our sins—living the way of get, greed, selfishness and competition—are the cause of the impending calamity. We are fueling our own destruction.

God, however, has laid out the path to true prosperity. It is the way that produces abundant well-being, financial prosperity and security. It ultimately results in obtaining eternal life in God’s Family. To learn the principles that result in financial prosperity in this life, be sure to request a free copy of our booklet Solve Your Money Troubles! It provides practical tips on keeping yourself financially afloat in these wild economic times.

To further learn about the principles that ultimately lead to eternal life and prosperity, be sure to study our booklet The Ten Commandments. God has laid out for man the path to follow that brings real abundant living. It is His way of love, based on His law, that brings lasting success and happiness. No other way will.