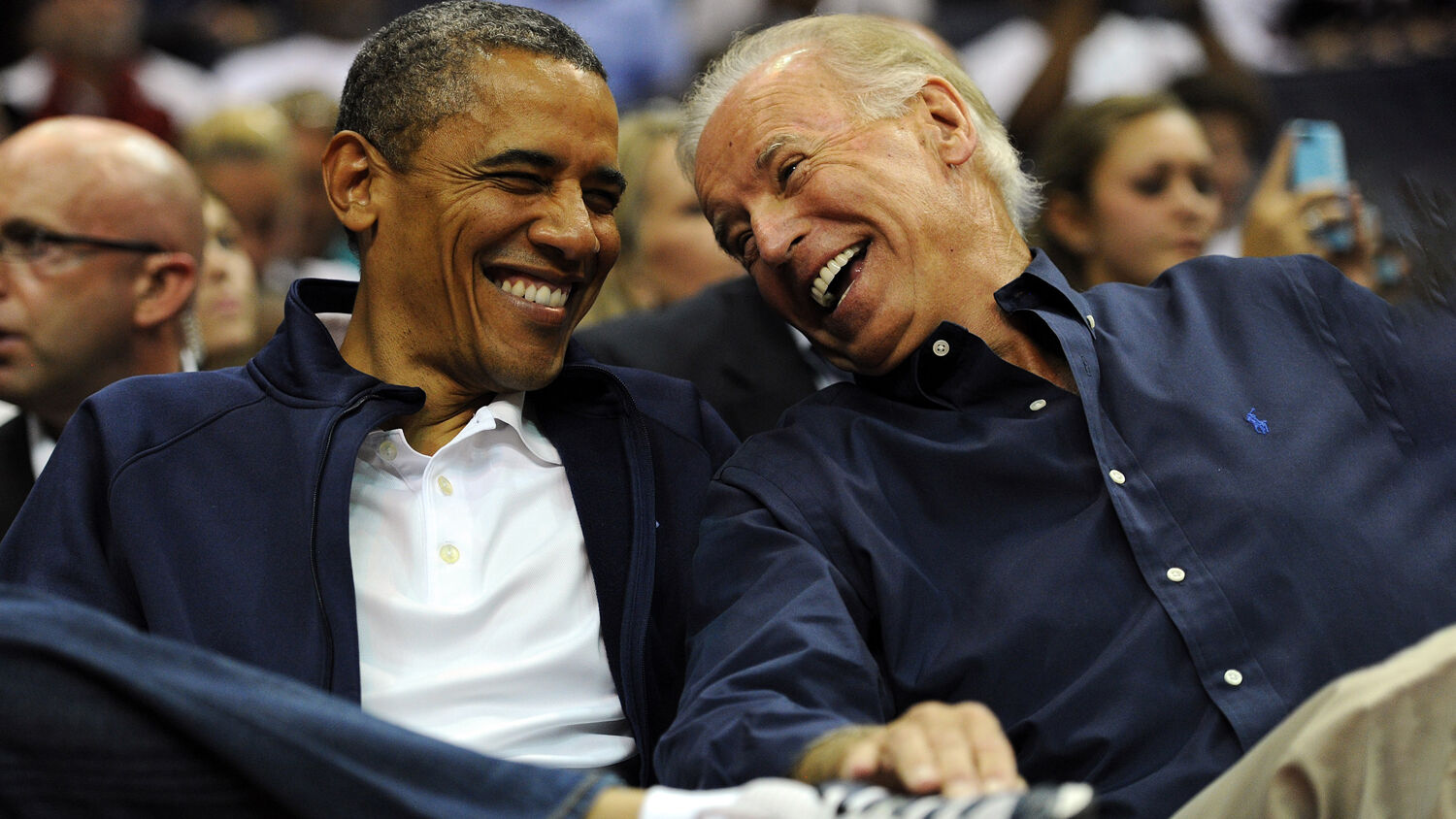 The mastermind behind the greatest election steal in world history has been exposed.

Radical Democrats just pulled off the world’s greatest heist! Surrounded by 25,000 National Guardsmen, Joe Biden and Kamala Harris were sworn into office yesterday in the most unusual inauguration ceremony in American history.

This patriotic-looking ceremony was the culmination of a massive “deep state” plot to destroy Donald Trump—and empower Barack Obama.

“We have put together … the most extensive and inclusive voter fraud organization in the history of American politics,” Joe Biden said in an interview in October. He obviously did not intend to say that, but it’s hard to ignore it when extensive, organized voter fraud is exactly what brought him into office.

The following month, Barack Obama told comedian Stephen Colbert that he would consider a third term “if I could make an arrangement where I had a stand-in, a front-man or front-woman, and they had an earpiece in, and I was in my basement with my sweats looking through the stuff, and I could deliver the lines, but somebody else was doing all the talking and ceremony, I would be fine with that because I found the work fascinating.”

On December 15, cnn reporter Jeff Zeleny said, “President-elect Joebama.” On Inauguration Day, Fox News reporter John Roberts said, “One of the things that President Obama is going to do this afternoon … is that he is going to reverse the travel ban for Muslim countries that are hotbeds for terrorist activities.”

Press Secretary Jen Psaki had to stop herself mid-word from saying “President Obama.”

Biden, Zelney, Roberts and Psaki misspoke, and Obama was joking. But the reality is what many people refused to say or investigate prior to the election, but now is bubbling to the surface in different ways. As former Gov. Mike Huckabee wrote in an article on Monday, “[T]he main goal of the Democrats was to get the Obama machine back in power.”

Obama didn’t run himself, obviously. Presumably he isn’t literally feeding lines to his former vice president through an earpiece. But you can bet that he and his operatives have been working like mad during the Trump presidency, especially during his reelection bid, and especially during the election itself.

There is so much information pouring out about how extensive the voter fraud was, but one of the better sources is the third volume of Dr. Peter Navarro’s investigative study on electoral fraud. It reveals that 3,069,002 “possible illegal votes” were cast just in the swing states of Arizona, Georgia, Michigan, Nevada, Pennsylvania and Wisconsin. Mr. Biden’s margin of victory in these six states was a 10th of that (only 312,992 votes).

“At this point, we have moved dangerously, in what seems like a nanosecond, from a full and vibrant American democracy to a Communist Chinese-style, cancel culture, police state guarded by a collusive social media oligopoly that is beyond our control,” Dr. Navarro wrote. “If the U.S. Congress and state legislatures across the six battleground states ignore this evidence, they will do so not just at their own peril but also at the peril of America’s faith in our elections and the sanctity of our republic.”

This abrupt transformation was not a fluke, but a deliberate strategy enacted by radicals like Obama; deep state operatives like his former spymasters John Brennan, James Clapper and James Comey; oligarchs like George Soros and Mark Zuckerberg; politicians like Jocelyn Benson and Kathy Boockvar; and operatives like former Hillary Clinton campaign lawyer Mark Elias. (See the second volume of Dr. Navarro’s study.)

The Democrat media-Big Tech-electoral fraud complex knows they got “the Obama machine back in power.” And now the Joebama administration is working fast to dismantle President Trump’s legacy. Joe Biden signed 17 executive orders on his first afternoon in office to sweep aside Trump’s pandemic response, environmental agenda and immigration policies.

Biden also deleted the Trump administration’s “1776 Project” the instant he became president. This 45-page report was put together to restore honesty to the teaching of American history and show children that the defining fact of America’s founding was not slavery but freedom. But the Joebama administration is intent on deleting U.S. history so that it can fulfill its goal of, as Obama said in 2008, “fundamentally transforming the United States of America.”

After Barack Obama was reelected to America’s presidency in 2012, my father wrote a startling booklet titled America Under Attack. It revealed that Obama was a modern-day type of the Seleucid King Antiochus Epiphanes. Antiochus obtained the throne through lies. He then betrayed the people of Judah, who were under his rule, slaughtering them, desecrating the temple in Jerusalem with an idol of himself, and attempting to fundamentally transform Jewishness itself.

Although news about Obama went mostly silent after he left office, we at the Trumpet have kept an eye on him. In the February 2021 Philadelphia Trumpet issue, my father wrote that Obama was the “at the epicenter of the election crisis and the radical left’s effort to prevent Donald Trump from being reelected!” He based his analysis on 2 Kings 14:23-29, which describe a Satan-led movement in the end time to “blot out the name of Israel from under heaven,” and Daniel 8:12, which exposes an end-time Antiochus who “cast down the truth to the ground,” as well as Revelation 12:9, which reveals that God has cast Satan down to Earth.

Please read my father’s article “Barack Obama in Bible Prophecy.” It exposes who is the “mastermind behind the vast, elaborate network of lies and lawlessness aimed at destroying America.” It also shows that God is still going to save the nation through President Trump, an end-time type of King Jeroboam ii, so that people have one last chance to repent. But things might get a lot worse before they get better.