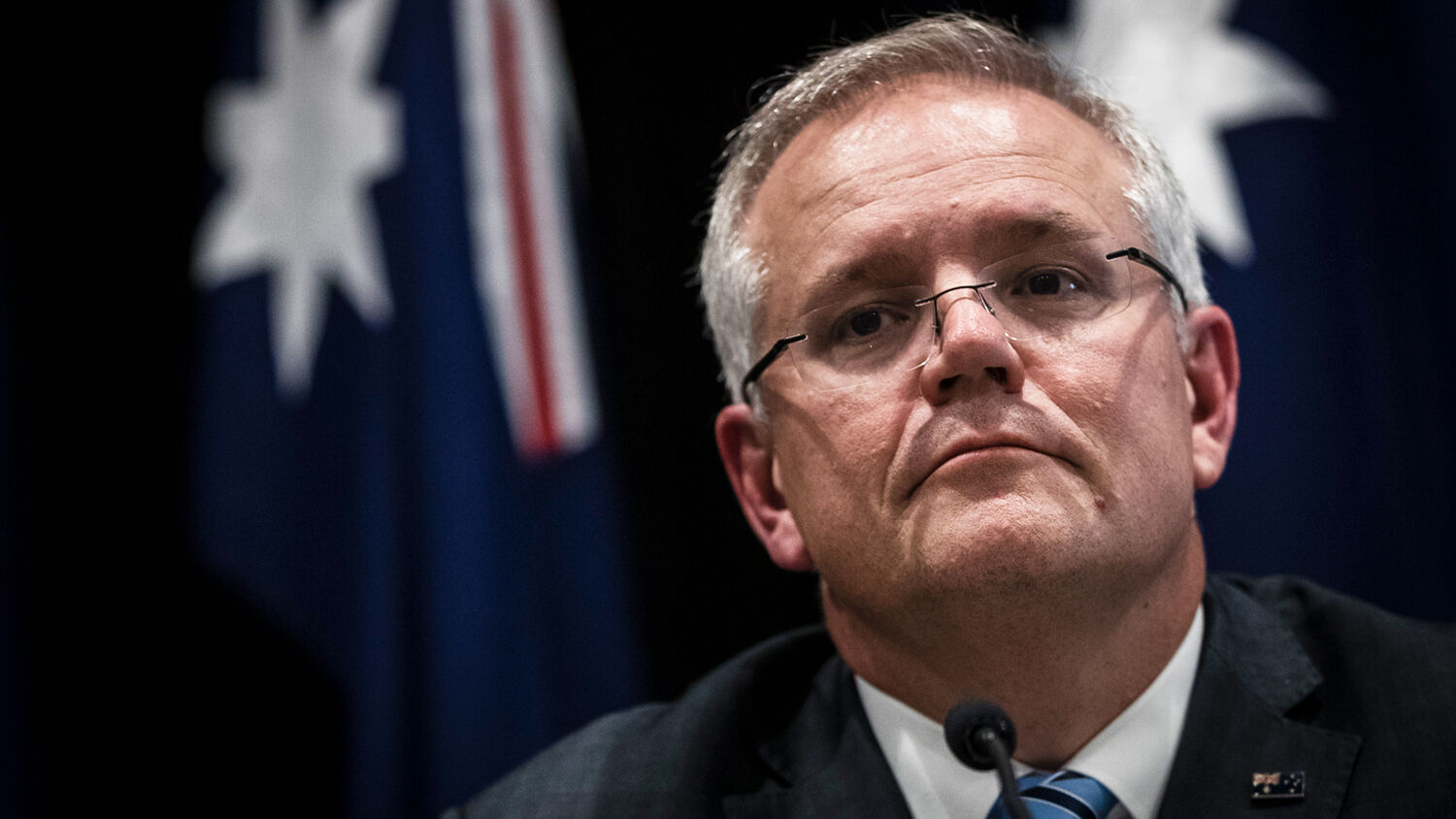 The consequences of growing too cozy with China

For the last three decades, the world has been drawing closer to China. Of all major Western nations, Australia has gotten closer than any other. And now it is realizing the fearsome consequences of that embrace.

It may be too late for Australians to pull out of the relationship. But their fate is a powerful warning to the rest of the world.

It started with a business relationship.

After growing at an astonishing annual rate of around 10 percent for some 30 years, China is now, by some measures, the world’s largest economy. It takes a massive amount of raw materials to fuel such growth, making Australia a perfect trade partner.

In 2017, one third of Australia’s exports went to China, and nearly a quarter of its imports came from China.

By the end of 2019, China was officially Australia’s ninth-largest foreign investor. However, much Chinese investment is also funneled through Hong Kong, Australia’s fifth-largest investor.

The flourishing economic relationship affected other areas of Australian life. In 2015, a Chinese company closely tied to China’s Communist government signed a 99-year lease of Australia’s northernmost port in Darwin. The port is vital to the Australian military and also hosts a United States military base. Chinese companies also signed contracts for a 99-year lease on the port of Newcastle, a share in the port of Melbourne, and a 100-year lease on Western Australia’s Merriden airport.

All this trade necessitated a close political relationship. In 2014 the Australian government invited President Xi Jinping to address Parliament.

But this political relationship developed a dark side. China is being credibly accused of bribing Australian politicians and interfering with Australian elections.

Hamilton warns that China is turning Australia into a puppet state. China, he says, has received a wave of “billionaires with shady histories and tight links to the party, media owners creating Beijing mouthpieces, ‘patriotic’ students brainwashed from birth, and professionals marshalled into pro-Beijing associations set up by the Chinese Embassy.” He alleges that Chinese spies coordinated a penetration into all levels of Chinese society.

In the aftermath of these allegations, Australian Sen. Sam Dastyari resigned, and the nation had to change its rules on politicians receiving donations from abroad.

Other politicians appear to have received thinly disguised bribes. Special Envoy Andrew Robb, for example, was the man who signed off on China leasing Port Darwin for a century. And what was waiting for him immediately upon leaving political office? An estimated $2 million plus expenses over three years—at the company to whom he had just leased the port.

But Chinese influence on Australian governance has been even more aggressive than all this. Three months prior to Australia’s 2019 elections, someone hacked the computer systems of the Australian Parliament and all major Australian political parties. Australian Prime Minister Scott Morrison said at the time that the attack was “sophisticated” and probably the work of a foreign government.

It has since emerged that this sophisticated foreign government was China.

Chinese infiltration and aggression has caused Australians to change their position toward their large, wealthy northern neighbor.

The turnaround started gradually. In 2016 the Australian government blocked Chinese investment in the nation’s energy infrastructure over national security concerns. In 2018 they blocked Huawei Technologies from developing Australia’s 5G network.

But the real break came this year. Australia tried to hold China responsible for the spread of covid-19, and conducted investigations into the origins of the virus.

China reacted with fury. The Chinese Communist Party placed tariffs on Australian barley, wheat and coal. They found a sudden increase of “defects” in Australian copper, cotton, lobster, sugar and timber. It blocked imports of Australian lamb for fear of covid contamination, while meat from countries with much higher rates of covid sail on through. About 40 percent of Australian wine exports went to China. In November, the party imposed massive tariffs as high as 200-plus percent on that wine. Week by week, China is ratcheting up the economic damage with more tariffs.

Other strikes by China have been more below-the-belt. On Nov. 30, 2020, an official Twitter account of China’s Ministry of Foreign Affairs posted a fake photo showing a grinning Australian soldier holding a gory knife at the throat of an Afghan child with the caption, “Don’t be afraid, we are coming to bring you peace!”

Australian inquiries into its troops’ conduct in Afghanistan have found no evidence of Australian soldiers killing children. But China is spreading the lie—an accusation that could easily lead to a terrorist attack against Australia.

As the trade and political skirmish has worsened, China has issued Australia a 14-point ultimatum. Australians can go back to buying and selling with the Chinese the way they used to only if the Australian government opens up the country to Chinese investment and stops criticizing the governing Chinese Communist Party.

How will Australia hold up under this pressure? Chinese infiltration has been so thorough that Australia is sailing into a trade war divided. Some of Australia’s own top politicians actually favor China!

Some of this is surely from bribery and other nefarious activity that we don’t even know about. But a lot of it is from the fact that Australia has put itself in the position where one third of its exports go to one country. Engaging in a trade war with that country will affect hundreds of thousands of jobs, with some political districts facing little consequence but others being devastated.

In 2019 the state of Victoria signed an agreement to join China’s Belt and Road Initiative—a group of countries that receive Chinese investment in their transportation and business infrastructure in exchange for being drawn closer into China’s orbit. Thus far, China has avoided industries that would harm Victoria. State Premier Dan Andrews has criticized the national government’s opposition to China—and Beijing seems to have rewarded him for taking its side. Others, such as Queensland Premier Annastacia Palaszczuk, have also urged the government to quickly end hostilities with China for the sake of Australian jobs.

Business leaders also have a lot to lose, and have taken China’s side. Andrew Forrest, a mining billionaire, brought one of China’s top diplomats to speak alongside him at an official event—without informing the Australian government minister who was also attending. Forrest said, “Australia needs to walk that line where we have a best friend in America, a best friend in China, best friends across Southeast Asia.”

Media mogul Kerry Stokes used the front pages of his The West Australian newspaper to call for an end to the conflict, writing, “If we’re going to go into the biggest debt we’ve had in our life and then simultaneously poke our biggest provider of income in the eye it’s not necessarily the smartest thing you can do.” He said China “probably owes the world an explanation on the origins of covid-19,” but “we need to stop making accusations.”

He rightly pointed out the massive economic cost that will come if the confrontation with China continues. Between that and the destruction wrought by Australia’s covid lockdowns, Australia’s economy risks being broken.

This is the choice Australia now faces. Stand up to China and watch it use its power, influence, hackers and economic realities to devastate the Australian economy and more. Or submit to The Chinese Communist Party’s 14 points.

A Warning for America

America is well down the path Australia is taking. China and America are each other’s primary trading partners. America is also waking up to scandals involving Chinese agents and Chinese money going to powerful politicians. American universities have also been compromised. And China is also using trade wars very specifically—choosing what they put tariffs on based on which U.S. states they want to target.

Australia’s fraught relationship with China is what America’s will become if it continues down this path. After years of infiltration and influence, it already is beginning to face the same choice: Stand up to the Chinese Communist Party, its 1 billion subjects, its world-leading economy, and its proven willingness and ability to exploit your open economy and society—or comply with its continued infiltration and however many points it imposes.

In fact, the Bible prophesies this is exactly where America is heading. Isaiah 23 describes a “mart of nations”—a trading alliance in which “Chittim,” a biblical name for China, plays a major role.

America is a much larger economy than Australia, and China cannot take the Americans down alone. This same prophecy shows that China will work together with other Asian nations under its power, and with Europe!

This is what happens when you let a rival power infiltrate your economy, your education, your society and your policy. China will use all these levers against America. Just like Australia, America will soon face economic destruction. The prophecies are clear, and so is the reality on the ground for Australians and Americans.