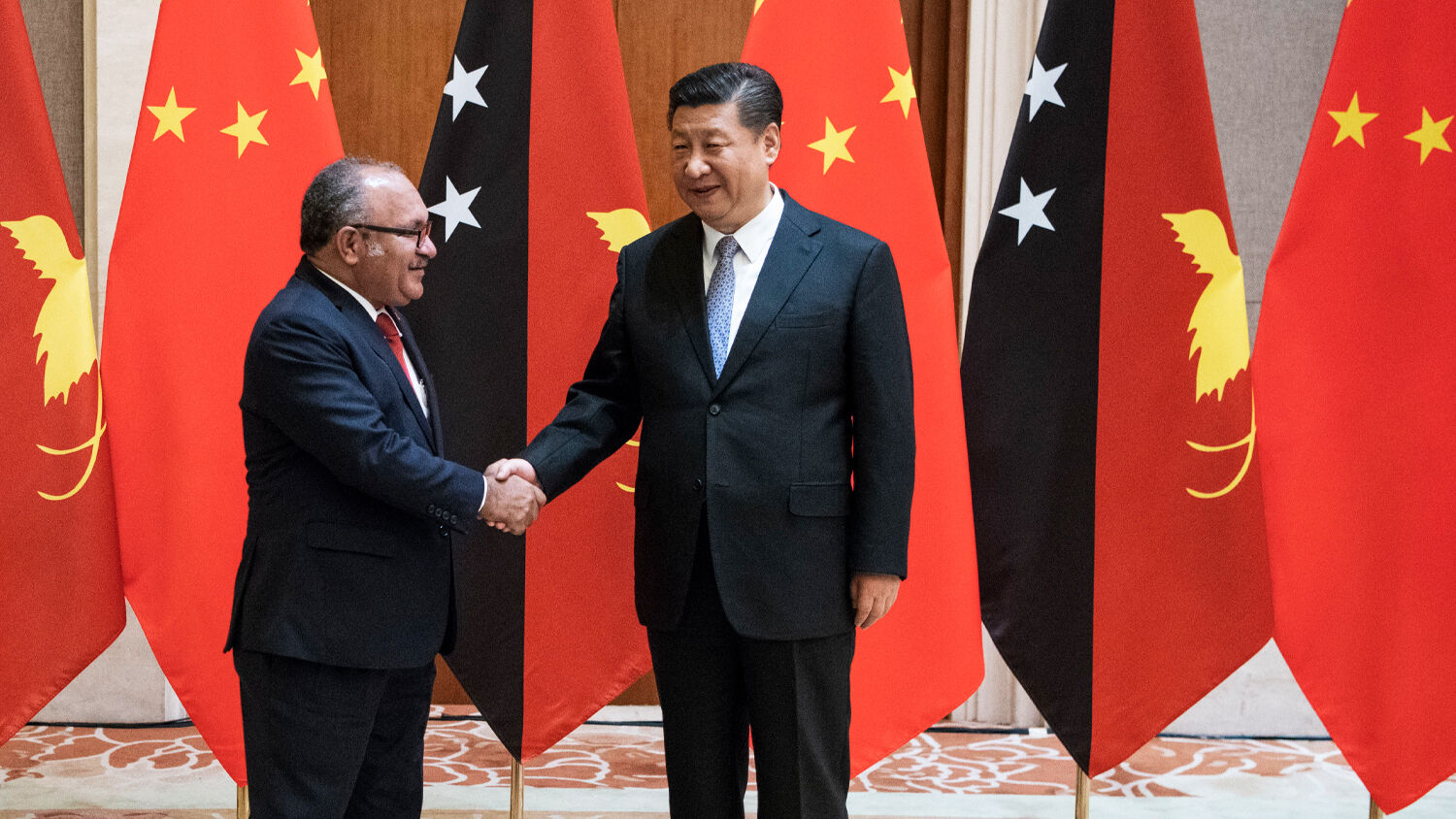 The dragon creeps ever closer to Australia.

Fujian Zhonghong Fishery Company, a Chinese fishing company controlled by the Chinese government, signed a $154 million deal last month with Papua New Guinea to build a “comprehensive multifunctional fishery industrial park” on Daru Island. The deal has sparked concerns because the island is close to Australia and not known for commercial fishing. Why is China investing so much in this project?

Though it is a small island, Daru is in a strategic location just 124 miles from Australia. The island lies in the Torres Strait, the narrow stretch of sea between Papua New Guinea and Australia.

“I’m assured by people with a reasonable knowledge of Papua New Guinea’s fisheries that there are no commercial fishing grounds close to Daru,” stated former Papua New Guinean government adviser Jeffrey Wall. “A $200 million ‘fishery’ investment in an area not known for an abundance of fisheries but strategically as close to Australia as you can get, surely raises questions about the real agenda.”

The Daru project is reminiscent of China’s “fishing militia” strategy of the South China Sea. China trains and pays hundreds of fishermen to act as an undercover navy. China’s fisherman militia has played an important part in its conquest of the disputed Spratly Islands in the South China Sea. These fishing vessels intimidate other vessels by harassing and surrounding them. They are often bolstered from the rear by Chinese Coast Guard ships. The United States Department of Defense has given China’s fishing militia an official name: the People’s Armed Forces Maritime Militia (pafmm).

Beijing is increasing its territorial power through diplomacy, economic investment and military. Papua New Guinea isn’t the only Pacific country to become a victim of China’s debt-trap diplomacy. Beijing has used coercion to exert its power over Sri Lanka, Laos, Cambodia, Vietnam, Malaysia, Solomon Islands, Vanuatu, Fiji, Tonga and beyond.

China is countering the increased U.S.-Australia involvement on Manus Island by upgrading an airport on the same island; satellite imagery shows that the Momote airport has been significantly expanded. China Harbor Engineering Company (chec) is upgrading the airport. chec is a subsidiary of China Communications Construction Company, one of the groups that built China’s artificial naval bases in the South China Sea.

Australia invests in Pacific countries, but it is being outbid by China. Foreign Policy wrote in January:

A growing battle of diplomatic and economic statecraft is playing out on remote islands. China is acutely aware that the fledgling democracies of the Pacific are prone to shortsightedness—and in some cases outright corruption—and, as a result, are at risk of manipulation that goes against their best interests. That lays the groundwork for Chinese expansionism, initially economically, with the long-term goal of a military presence to rival that of the United States.

Australian politicians have also been enticed by China’s “diplomatic and economic statecraft.” One of the most dangerous instances of this is the 99-year lease of the Port of Darwin by a Chinese company. The government of the Northern Territory was paid $383 million for making this deal. As in so many instances around the world, China entices politicians to surrender national security for money.

Evidence is emerging of China giving Australian politicians large donations in recent years. One prominent example is that of the donations former Sen. Sam Dastyari received from various Chinese companies. Similar donations in the U.S. are being exposed almost daily. This corruption is widespread. China uses money to soften foreign policy toward Beijing.

In his article “China Is Steering the World Toward War,” Trumpet editor in chief Gerald Flurry wrote that China’s aggressive, expansionist activities are leading to world war. “China is intimidating the nations of Southeast Asia into submission to its will. It is forcing these countries to do what it wants,” he wrote. “Everything is headed in the direction of war.”

In this article, Mr. Flurry drew parallels between what Imperial Japan did in the lead-up to World War ii and what China is doing today. Imperial Japan exerted its influence in Southeast Asia by drawing those nations into a Greater East Asia Co-Prosperity Sphere. As Mr. Flurry wrote, Japan did this to “force Western influence out of Asia.” After forcing out Western influence, “Japan’s next move was the establishment of an actual Asian empire—using military force!”

History gives us tremendous insight into the future. But Mr. Flurry’s analysis is not based on history alone. As he wrote: “To really understand the significance of what is happening, you must understand the prophecies of the Bible.”

A prophecy in Isaiah 23 shows that Europe will ally with Asia, including China, in a “mart of nations” that will besiege Israel. To learn more about how China is driving the world toward war and how you can escape from suffering in that conflict, read Mr. Flurry’s article “China Is Steering the World Toward War.”