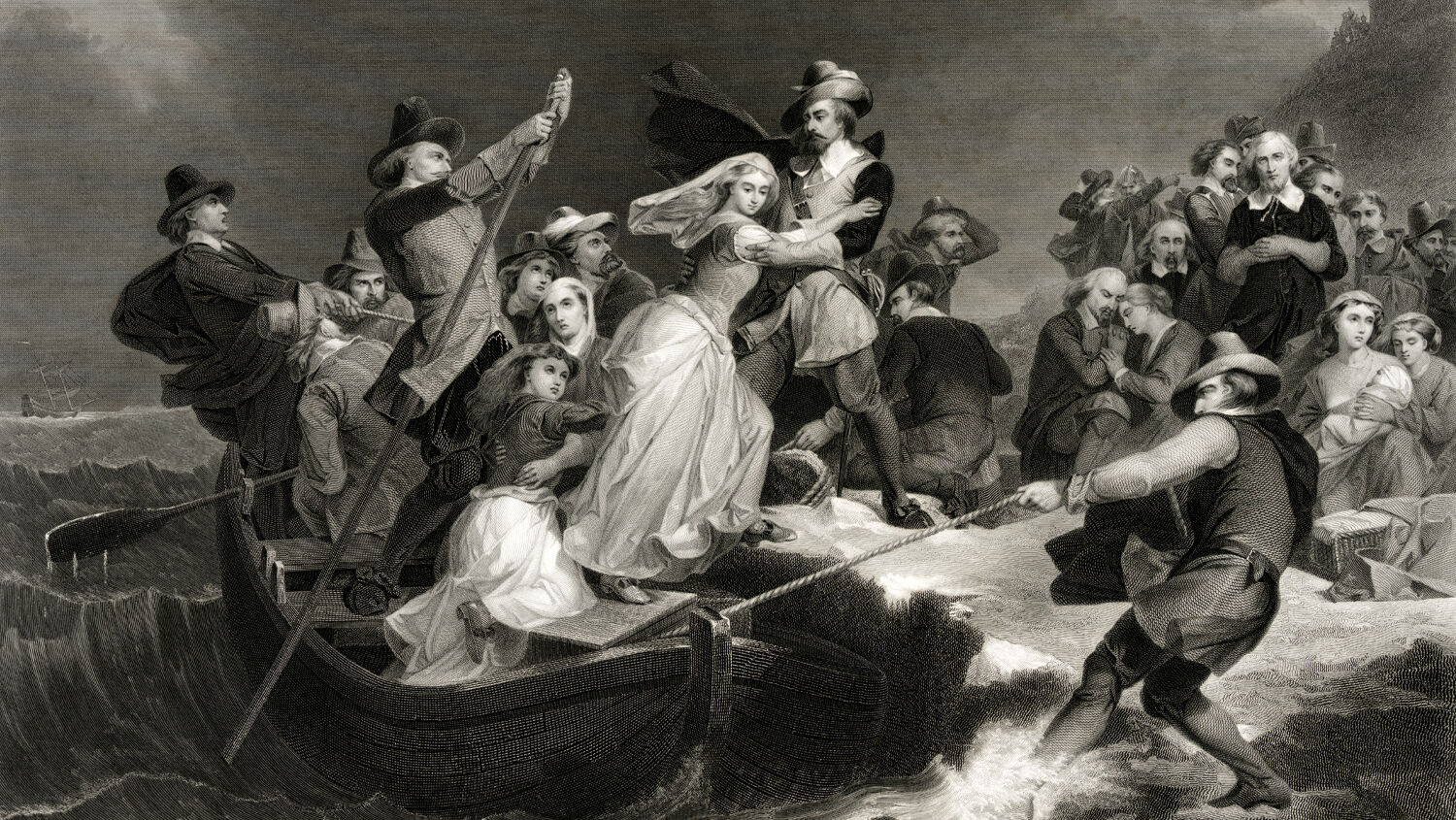 We remember the Mayflower’s perilous journey and the extraordinary character and accomplishments of the pilgrims. We marvel at their courage, their ingenuity and perseverance, their ambition and sacrifice, and their unfailing commitment to the goal of religious freedom. It is an understatement to say these people, and the history they lived, were exceptional. Without them, there is no America.

But there is an even deeper, more important dimension to Thanksgiving. And more than ever, we need to understand this vital dimension and thank God profusely for it!

The reason it has never been more important to understand this dimension is because Thanksgiving and the history this day embodies are under attack.

On November 18, United States Sen. Tom Cotton delivered a speech in which he lamented the demise of Thanksgiving. “Regrettably, we haven’t heard much about this anniversary of the Mayflower,” he said. “I suppose the pilgrims have fallen out of favor in fashionable circles these days.”

Mr. Cotton’s superb speech was entirely uncontroversial. Yet the senator and his message were viciously attacked by the radical left. Ilhan Omar, the radical Democratic representative from Minnesota, retweeted Mr. Cotton’s speech along with the message: “When your sense of history doesn’t go beyond your 3rd grade coloring books and actual history terrifies you.”

The same day Mr. Cotton made his speech, the New York Times referred to Thanksgiving as a “myth” and a “caricature.” It said that it was “high time to re-examine the holiday and a cruel history.”

Where does such hatred for Thanksgiving come from? What is the ultimate goal of radicals like Ilhan Omar? We can answer these questions by thinking about Thanksgiving and the crucial dimension to this wonderful American tradition.

The Bible reveals the source of the radical left’s hatred for the United States of America, its Judeo-Christian history, and its many institutions and traditions, including Thanksgiving. These answers are revealed in biblical passages like 2 Kings 14, Daniel 8 and Revelation 12, all of which show that Satan the devil seeks the destruction of America and the British Commonwealth (to learn more about this, read America Under Attack).

In 2 Kings 14:27, we see that the devil is behind a powerful campaign to “blot out the name of Israel from under heaven ….” This history is dual, which means it is both history and prophecy. Satan tried to destroy the ancient kingdom of Israel, and he will try to destroy the descendants of Israel (America and the British Commonwealth) in the end time.

This prophecy explains the radical left’s herculean effort to destroy America. You can read more about this in Trumpet editor in chief Gerald Flurry’s latest article, “Why Donald Trump Will Remain America’s President.”

For now, let’s concentrate on this goal to “blot out the name of Israel.” What does “name of Israel” mean? And why does the devil want it eradicated from the universe?

The biblical truth about Israel revolves around God’s towering twofold promise to Abraham. This crucial promise, found in Genesis 12 and 17, is mentioned throughout the Bible, in both the Old and New Testaments. In Genesis 32, God gives the name “Israel” to Jacob, Abraham’s grandson. The Abrahamic promise is one of the primary themes of the Bible.

There are two parts to God’s promise to Abraham. First, God promised to make Abraham great nationally—that is, materially and physically. God promised that Abraham’s descendants would become a great and powerful people. Second, there is the promise of grace. This is the promise that all of humanity would be offered salvation through Jesus Christ, a descendant of Abraham.

The “name of Israel” embodies the Abrahamic promise and all it entails!

What does God’s promise to Abraham include exactly? As Herbert W. Armstrong explained in The United States and Britain in Prophecy, this promise explains the identity of America and the British Commonwealth. It explains Britain’s empire and colonial past, its monarchy and its many wonderful traditions and institutions. This prophecy explains why America is exceptional, the reason for the success of the Constitution, and how this nation became the single-greatest nation on Earth. The Abrahamic promise explains why the pilgrims journeyed to America when they did, and the divine and prophetic implications of their endeavors. On the Mayflower and through the triumphs and trials of the pilgrims, God was fulfilling His promise to Abraham!

This is what makes Thanksgiving such a noble and important day: It celebrates the “name of Israel”!

This is why the radical left, inspired by the devil, hates this day so vehemently!

This promise explains human civilization since Abraham and gives context and meaning to world history. And all this knowledge is embodied in the name “Israel.”

But there is much more to the Abrahamic promise and the “name of Israel” than just this physical aspect. In Chapter 5 of Mystery of the Ages, Mr. Armstrong revealed the depth of this truth about Israel.

“It is indeed true that the nation Israel was God’s chosen people,” Mr. Armstrong wrote. “But understand: They were not chosen as ‘teacher’s pet’ nor for special favors. They were chosen for a special purpose preparatory to the ultimate establishment of the Kingdom of God!” Ponder that—the term “Israel” is directly connected to the Kingdom of God!

Mr. Armstrong also wrote: “One cannot understand the real purpose and incredible potential of man without this vital knowledge [about Israel]. The Creator God is reproducing Himself in and through man! God’s ultimate transcendent purpose is breathtaking beyond words. The establishment of the ancient nation of Israel is an integral part of the supreme master plan.”

Take some time today to meditate on this, especially in light of the ongoing effort to “blot out the name of Israel.”

When you truly understand what Mr. Armstrong termed the “mystery of Israel,” you understand God. The entire plan of God—His purpose for creating man, His plan to offer salvation to all humanity, His goal to establish His Kingdom on Earth, His plan to bring human beings into His eternal Family—is embodied in the truth about “Israel.”

The devil doesn’t hate just the people of Israel, the nations of America and the British Commonwealth, which through no individual merit have been the blessed inheritors of God’s promises to Abraham. The devil hates the “name”—the truth and knowledge, the divinely revealed understanding—embodied in Israel’s history.

He hates Israel because America and Britain’s existence proves God’s existence and proves that the Bible is God’s Word.

He hates Israel because its presence and history reveals the gospel of the Kingdom of God.

He hates Israel because Israel has the throne of David from which Jesus Christ Himself will rule when He returns.

He hates Israel because the truth about Israel reveals man’s incredible human potential.

Satan the devil hates Israel because as long as this name exists, men will have the opportunity to consider and study God’s plan and purpose for humanity. And this study will lead a person into the greatest, most fascinating, most inspiring knowledge he could ever learn.

I encourage you to take some time today to study Chapter 5 of Mystery of the Ages. In a world where so many are bent on “blotting out the name of Israel”—and blotting out Thanksgiving—now more than ever, we need to understand the “mystery of Israel” and thank God profusely for it!