How the passage of time made a great leader average 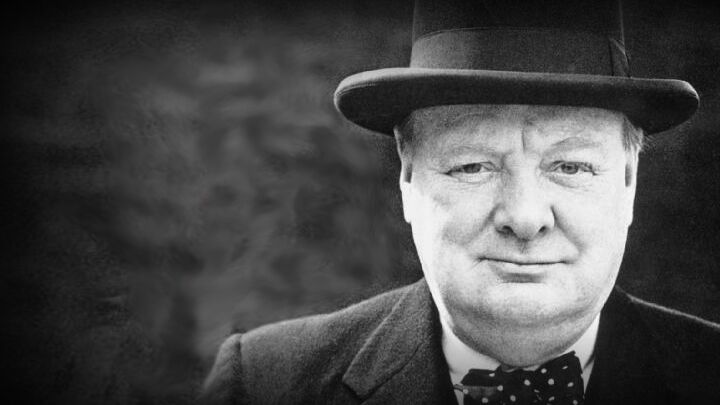 How the passage of time made a great leader average

The editors of Time voted Winston Churchill man of the century—er, I mean man of the half century—in 1950. As for the whole century, he didn’t even make the cut of five finalists. Albert Einstein won top honors, beating FDR, Gandhi, Martin Luther King Jr. and Adolf Hitler.

Defending Time’s selection, managing editor Walter Isaacson argues that the “20th century will be most remembered…for its earthshaking advances in science and technology.” That may be true, in part. But it does not explain how four of the five finalists, all of which made their mark in the first half of the century, leapfrogged Churchill by century’s end.

After Churchill won man of the half century, if anything he bolstered his credentials for end of the century honors. Roosevelt, Gandhi and Hitler were all dead by 1950. Churchill lived another 15 years. He became prime minister for the second time in 1951, just days before turning 77. In 1953, he won the Nobel Prize for Literature. In 1957, Charles de Gaulle presented him with the Croix de la Liberation, the highest award given to those who served in the French forces. He also published another eight volumes of history during the 1950s, including the massive History of the English Speaking Peoples. By century’s end, Winston Churchill became the most quoted statesman in history.

Oh, and before 1950 he saved the Western world from totalitarianism. As Dan Gardner wrote for the Ottawa Citizen, “In the few most crucial days of the last 100 years, [Churchill] did not surrender, and with that one feat he allowed the epic story of the 20th century to play out to its happy conclusion.” It was Churchill, not Roosevelt, who stood up to Hitler. Roosevelt watched impassively as fascism gobbled up Austria, Czechoslovakia, Poland and France. (He finally acted after Japan bombed Pearl Harbor.) Churchill, on the other hand, would have stopped the fascist machine long before it started were it not for weak politicians and a liberal press that put its faith in appeasement.

Even after the British Parliament reluctantly turned to Churchill, when it was almost too late, he still had his skeptics. Dan Gardner writes, “The king wasn’t fond of Churchill, and the queen actively disliked him. The American ambassador, Joseph Kennedy, hated him. Eleanor Roosevelt called him a ‘reactionary’ and denounced him to her husband, President Franklin Roosevelt, who was still unsure of what to make of the man. Worse still for the new prime minister, many powerful aristocrats and some senior civil servants were sympathetic to Germany and quietly critical of the war.”

But Churchill was used to standing alone. He had been ridiculed to scorn for over a decade prior to World War II. Yet, on the eve of his nation’s darkest hour, he ignored his many critics and faced down Hitler. Never, under any circumstances, he told his war cabinet, would Britain surrender. Never, under any circumstances, he told his outer cabinet, would he negotiate with a dictator. “We shall go on,” he said, “and we shall fight it out, here or elsewhere, and if at last the long story is to end, it were better it should end, not through surrender, but only when we are rolling senseless on the ground.”

In the end, Churchill was most responsible for reducing Hitler’s “1000-year Reich” to only 12 years. And for that reason, men like Einstein were able to continue their experiments and live out their lives in pursuit of liberty.

Were it not for Churchill, indeed, Adolf Hitler would have been the man of the century.

How is it, you ask, can a man of Churchill’s stature—after winning man of the half century—be snubbed in 1999? Allow Time’s managing editor to explain: “Well, the passage of time can alter our perspective. A lot has happened since 1950.”

“It has become clear,” Isaacson continued, “that one of the great themes of the century has been the success of those who resisted authority in order to seek civil rights, decolonization and an end to repression. Along with this came the setting of the sun on the great colonial empires.”

Now can you see why Churchill didn’t make the cut?

“In his approach to domestic issues,” Isaacson concludes, “individual rights and the liberties of colonial subjects, Churchill turned out to be a romantic refugee from a previous era who ended up on the wrong side of history…. He bulldoggedly opposed the women’s-rights movement, other civil-rights crusades and decolonization.”

Isaacson is right about one thing. A lot has changed since the 1950s. We’ve become much more “enlightened.” Fascism may have been bad, but colonialism was worse. Families may have been happier and much less likely to fracture when the father was breadwinner and the mother worked at home. But just look at the tremendous strides women have made in the workplace today. Homosexuality may have hid in the closet because of public intolerance. But today, as Isaacson wrote, gays and lesbians have “gained the right to be proud of who they are.”

Thumb through Time’s year-end issue and see just how much has changed since 1950. In effect, it shows how we have come to worship the god of science and technology.

And if, in our quest for a kind of crass materialism, we ever get to feeling guilty or condemned by our own history, that’s all right. Just change it. Winston Churchill wasn’t a great leader who saved the West and championed democracy and freedom.

He was just average.