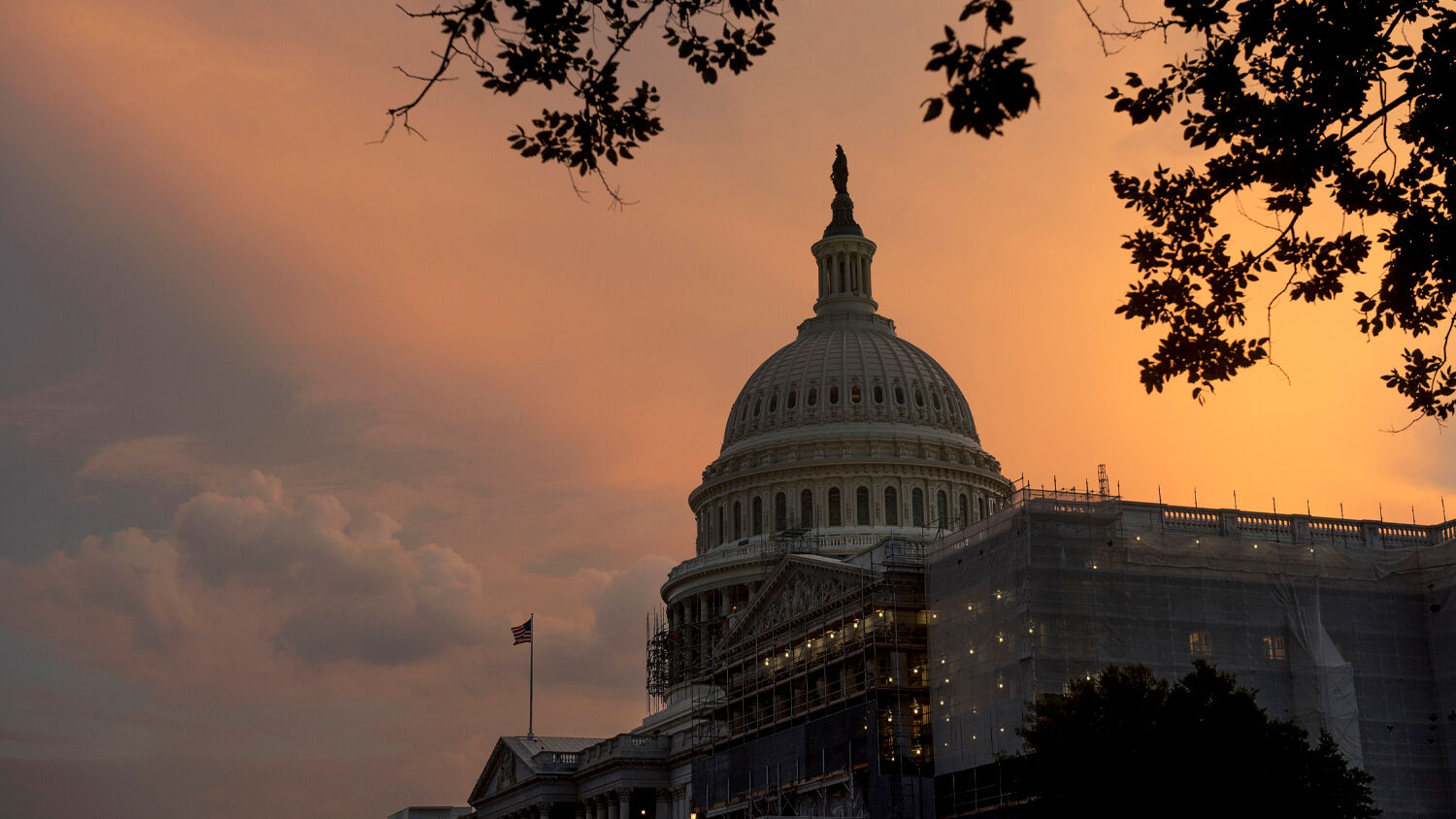 If you took a group of 10 children and gave them a choice for breakfast between Coke and Pop-Tarts or eggs and freshly squeezed orange juice, how many would choose the healthier option? One, two, maybe three. The majority would choose diabetes-for-breakfast.

This is the problem with making decisions by majority rule. If the electorate isn’t sufficiently educated and moral, the decisions it makes will be the product of ignorance more than information, of impulse more than reflection, of selfishness more than selflessness. In a democracy, the mob decides. The problem with this, as Herodotus said, is that “the mob is altogether devoid of knowledge”—which makes it likelier that deadly decisions will prevail.

On November 4, when tens of millions of Americans chose Joe Biden to be president, this great flaw of democracy was exposed. We are told that almost 80 million people voted for Joe Biden, but this figure is almost certainly inflated, perhaps significantly. Even still, and even though we expect Donald Trump to remain president, it’s safe to say that many millions of Americans voted for Joe Biden.

The choice between Donald Trump and Joe Biden was not a choice between healthy and unhealthy. Americans had a choice between two deeply flawed men and administrations. However, one is clearly much worse for America than the other. Mr. Biden and Kamala Harris are both keen advocates of Barack Obama’s great ambition to “fundamentally change America.” They want to radically overhaul the government, economy, military and social structure of the United States.

Yet tens of millions of Americans want this duo to work in the White House.

This should make us think seriously about the moral and intellectual condition of the American people, and even about democracy itself.

Today we are sending the January issue of the Philadelphia Trumpet to the printer. In the lead article, editor in chief Gerald Flurry wrote, “I marvel that so many Americans voted for the radical platform the Democratic Party has embraced. They encourage illegal immigration, even giving them free health care, welfare and education. They want to ravage the economy to combat ‘climate change.’ They accept radical racist ideals and far-out sexual practices. They applaud lawlessness and insurrection. It doesn’t take much to understand that in a democracy, when that many people are so ignorant, it is over. This nation is lost, virtually.”

What a remark: America is over, virtually—thanks to democracy. Did you ever think democracy could be so destructive?

Mr. Biden has a long, easily proven track record of political corruption. The Hunter Biden scandal shone the light of truth on this reality just days before the election. Joe Biden supports both Antifa and Black Lives Matter. He also has a record of rejecting the rule of law and the Constitution (for example, he is a key member of the Obama-led cabal behind the Mueller report and impeachment trial, both of which were unconstitutional). Meanwhile, Kamala Harris, the candidate for vice president, is even more far left than Joe Biden.

This is not opinion, and I’m not being partisan. These are accepted facts. Yet tens of millions of Americans voted for Mr. Biden and Ms. Harris. Again, this election was not a choice between perfection and imperfection. Donald Trump has many, many problems. But for all his issues, he values traditional America and does not want to radically overhaul the nation.

How do you explain the fact that tens of millions of Americans voted for a Black Lives Matter-supporting, pro-Iran, pro-Green New Deal, anti-Constitution, anti-Bible, immoral, socialist government in the White House?

To choose Joe Biden and his radical agenda, one must suffer from at least one of two basic flaws in thinking. First, he would have to be totally ignorant of the facts illuminating Mr. Biden’s condemning record, his radical policies and his sadistic ambitions for America. Second, a person must not sufficiently value America’s continuation as a capitalist Republic, its political and social stability, and the general idea of traditional America. He mustn’t value America’s Constitution, the rule of law, and its Judeo-Christian heritage and morality. As president, Mr. Biden would assault all of these.

Some will disagree with this and argue that the same can be said of those who support Donald Trump, that a vote for Trump also requires plenty of ignorance. While he certainly isn’t an ideal candidate in some ways, the facts and evidence that speak to Mr. Trump’s record, and his policies and ambitions for America, do not reveal a man who hates the nation.

The logic is simple. For democracy to work, the mob must be educated. If the children understood the facts about proper nutrition, if they understood and accepted the disastrous effects of consuming Coke for breakfast, they would be more inclined to make the healthier choice.

For democracy to work, the mob must also have clearly defined values. Even more importantly, if the children were taught to value good health and the laws of good health, they would be more predisposed to making the right choice. This point is crucial, both in a democracy and in life: Ultimately, right decisions depend more on morality, on character, than knowledge. The mere possession of knowledge does not automatically guarantee right choices. Our choices are ultimately shaped by our values, the laws and ideologies we love and believe in. We have to choose the right.

Think too about what this election teaches us about democracy. Perhaps you’re thinking, But the majority of Americans did not vote for Joe Biden. If democracy prevailed, Mr. Trump would be president and we would not be in this present crisis. Not true.

Think about the epic fraud and injustices committed in this election and the vast piles of evidence proving it—where is the outrage from the American people? Even many Republicans and religious people are content to live with the injustices. Aristotle was right. This corrupts the republic and undermines democracy.

Plato said, “The price good men pay for indifference to public affairs is to be ruled by evil men.” This too is incredibly prescient. The indifference tens of millions of Americans on both the right and left are displaying toward fraud is alarming. Unless someone stops it, it can only end in the tyrannical rule of an evil government!

In the West, democracy is the holy grail of governance. We teach our children the merits of democracy. We implore citizens to do their civic duty and vote, as if this alone will save a nation. For decades, America’s leaders and statesmen have promoted liberal democracy all over the world. In recent times, America has buttressed democratic elections in nations like Iraq, Afghanistan and Egypt and celebrated profusely at their successful execution.

But look at these nations now. Not one is a picture of democratic stability and success. In each case, the democratic process was exploited and manipulated, and then replaced by tyranny in one form or another. Iraq’s government is effectively controlled by the mullahs in Tehran. In Egypt, President Abdel Fattah al-Sisi, who won 97 percent of the vote in the 2018 election (take that with a pinch of salt), is sustained not by democratic governance but his firm grip on the military.

In these nations (and others), democracy has failed abysmally. And now it’s failing in America, and for many of the same reasons. First and foremost, America’s democratic system is being attacked by the radical left, which, while it sings the praises of democracy, behaves like a Middle East dictatorship.

Winston Churchill famously said that democracy is “the worst form of government, except for all those other forms that have been tried from time to time.” How right he was. Mr. Flurry is right too, when he wrote, “It doesn’t take much to understand that in a democracy, when that many people are so ignorant, it is over. This nation is lost, virtually.”

If you haven’t read it yet, I encourage you to read God’s Family Government. Mr. Flurry begins the book with this statement: “In man’s entire history, we have not found one government that will truly serve the people. This whole world is in a crisis, and the major problem is government.”

Prior to this election, it might have been difficult for Americans to identify with this statement. While the nation has had some contentious elections, democracy has served the American republic well over the past 244 years. Even now, many probably continue to believe and hope that the democratic system, with all its checks and balances, will sort things out. Will it? Does anyone honestly believe that democracy can fix the hate and lawlessness?

In 1944, as the Second World War was ending and America and others were beginning to laud the merits of democratic governance, Mr. Armstrong discussed the topic of democracy on his radio program, The World Tomorrow. In this program, he traced man’s governments back to their roots in ancient Babylon.

“There have been the various forms of government,” he said, “But remember this: Every single government in this world, of whatever form—whether communism, fascism, autocracy, or yes, even democracy—is merely a different method of administering this same overall Babylonish system. And it’s the system which is the root cause of this world’s ills and of wars!”

He explained that, ultimately, man’s whole system of government, including democracy, is influenced by Satan the devil. As successful as it has been in America and elsewhere, democracy is not the ideal form of government. Like all things man creates, it has deep flaws that cause it to fall apart. Frankly, democracy would flag and fail even if the public were highly educated and moral. Why? Because it is not God’s form of government! It was constructed in Satan’s world.

In Mystery of the Ages, Mr. Armstrong explained that God’s form of government is actually “the very opposite of ‘democracy.’” God’s government operates with God Himself as the ultimate Being in charge. Under God, there is Jesus Christ. And under Christ, at His return, is a whole system of leaders—none of whom will have been democratically elected.

And the best thing is—it will work for everyone. If you would like to learn more about this awesome government, I encourage you to read God’s Family Government.