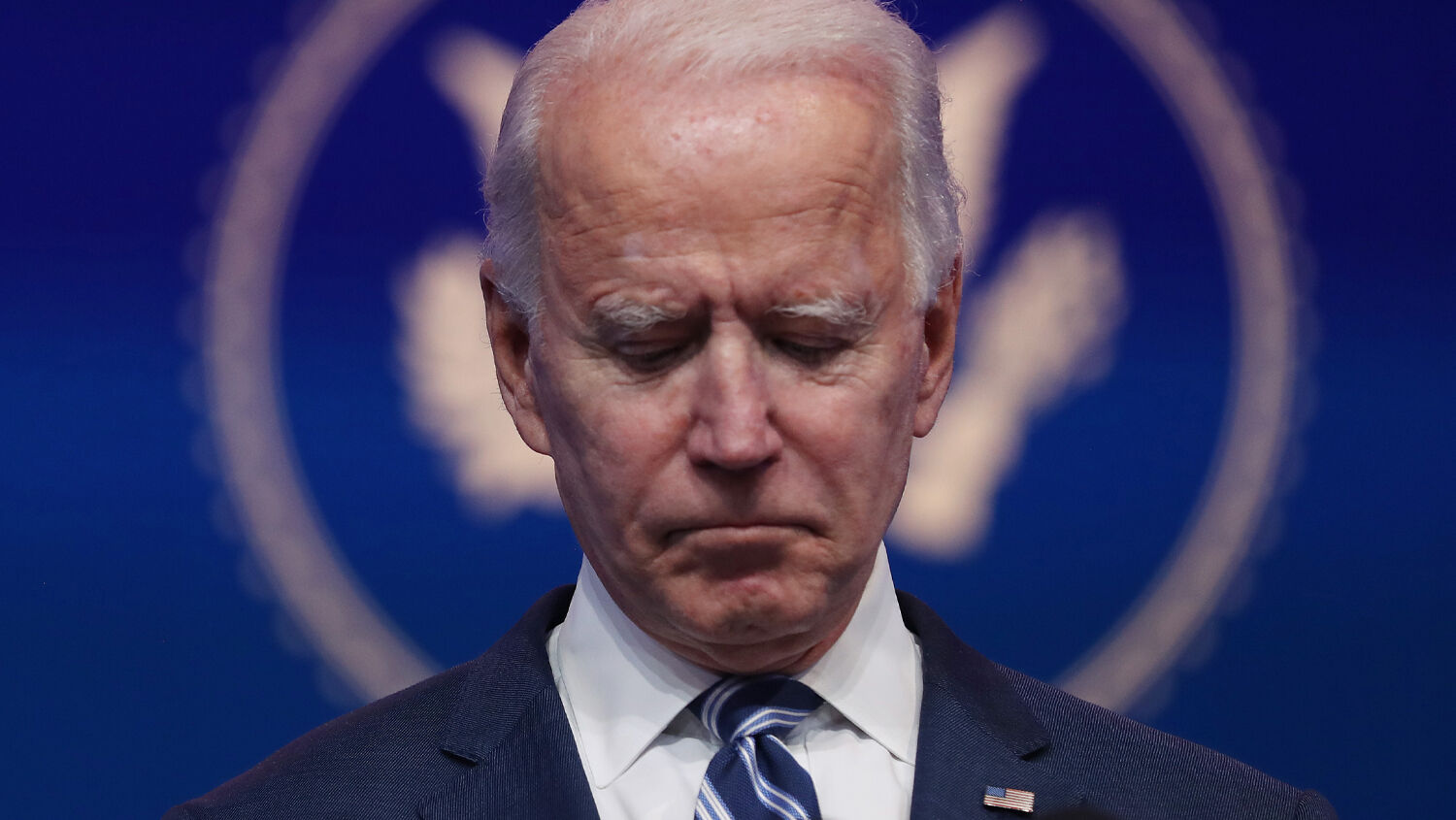 Was this really the most secure election in United States history? That’s what the Department of Homeland Security concluded just nine days after an election in which Republicans made significant gains across the board—except for the presidency. President Donald Trump reeled in an astounding 10 million more votes this year compared to 2016, yet Joe Biden coasted to victory, getting more total votes than anyone in American history, winning the popular vote by more than 5 million and the Electoral College 306 to 232.

At least, this is what the Democrat media complex desperately wants you to believe, despite all evidence to the contrary.

That’s right: The president is saying that the election “irregularities” are in the millions.

Since that tweet, we have learned more important details about Dominion, a company that designs election software and electronic voting systems, and about Smartmatic, which manufactures voting machines.

Both companies are located outside the United States—the first of many red flags insofar as election integrity is concerned. Smartmatic’s holding company in London is called sgo Corporation Limited. For the past six years, its chairman of the board has been Lord Mark Malloch-Brown, a former Labour Party politician with strong ties to far-left billionaire activist George Soros.

Dominion’s voting system has been mired in controversy long before this year’s presidential election. On Dec. 6, 2019, three U.S. senators and one congressman, all Democrats, wrote a letter to Dominion owners warning them about voter irregularities caused by their voting system. They wrote that their researcher “recently uncovered previously undisclosed vulnerabilities in ‘nearly three dozen backend election systems in 10 states.’ And, just this year, after the Democratic candidate’s electronic tally showed he received an improbable 164 votes out of 55,000 cast in a Pennsylvania state judicial election in 2019, the county’s Republican chairwoman said, ‘Nothing went right on Election Day. Everything went wrong. That’s a problem.’ These problems threaten the integrity of our elections and demonstrate the importance of election systems that are strong, durable, and not vulnerable to attack” (emphasis added).

But since President Trump tweeted about Dominion’s vote swaps in this year’s presidential election, Wikipedia, for one, has been hard at work deleting much of Dominion’s shady history and characterizing information about it as “conspiracy theories” spread by Donald Trump and his surrogates. Media and tech executives are working overtime trying to black out all things Dominion.

The U.S. subsidiary of Smartmatic is led by Peter Neffenger, who was President Barack Obama’s Transportation Security Administration chief. And now Joe Biden’s official website lists him as a volunteer member of Biden’s Department of Homeland Security “agency review team.”

While Neffenger was running Smartmatic in the U.S., one of the top leaders at Dominion was Eric Coomer. Coomer got his Ph.D. at the University of California–Berkley, perhaps the most radical leftist university in the country. But that’s the least of it. He was involved in a “skinheads against racial prejudice” group for years, and he posted Antifa manifestos and songs about killing police to his Facebook page. Yet immediately after Coomer’s name came to light, his Facebook page disappeared. A Twitter user who tried to verify that this was the same individual who was “director of security and strategy” at Dominion Voting Systems had his account suspended by Twitter.

Others are reporting that a Dominion lobbyist was a “vote protection director” for the 2012 Obama campaign, and that almost all of Dominion employees’ recorded political donations were for Democrats. One former Dominion employee transitioned to the Michigan Democratic Party headquarters and was elected mayor of a town, running, of course, as a Democrat.

There are also, reportedly, connections between Dominion and staff members and even family members of radical California Democrats Nancy Pelosi and Dianne Feinstein. Others are reporting that on the day before the election, Dominion pushed a mysterious update to its counting software. The same company has also been implicated in fraud in previous elections.

Do you believe elites who claim there is “no evidence” of fraud and that this was the most secure election in American history?

Within hours of the media anointing Joe Biden as the next president of the United States on November 7, my father said he strongly believed that Donald Trump would somehow prevail and win a second term. “If you realize what [the radical left has] done for the past four years, you know they’re going to continue to do something like this, and I think you’re about to see some of the biggest frauds exposed perhaps ever,” he said.

On Friday, one of the president’s lead attorneys, Sidney Powell, said on Lou Dobbs’ television show that she could “hardly wait” to reveal all the evidence they have collected on Dominion. She said the voting system was used to alter voting results in Venezuela in 2004 and that they have “staggering” statistical evidence and witness testimony proving that Dominion helped to rig the U.S. election on November 3.

“It’s been organized and conducted with the help of Silicon Valley people, the Big Tech companies, the social media and even the media companies,” said Powell. “President Trump won this election in a landslide. It’s going to be irrefutable.”

Rudy Giuliani, who is also an attorney for the president, told Fox News host Maria Bartiromo yesterday, “Now, they didn’t do it everywhere. They did it in big cities where they have corrupt machines that will protect them. … Republicans were shut out from enough of the count so they could accomplish what Smartmatic wanted to do. And that pattern that you have there, we have evidence that that’s the same pattern Smartmatic used in other elections in which they were disqualified. In other words, this is their pattern of activity. And yes, there is a back door, and we actually have proof of some of the connections to it.” He later said, “[I]t was done deliberately.

“The fact that it happened in all those states, right, tells you it was a plan. The crooked Democratic leaders in those 10 or 12 places where we were shut out didn’t all develop that idea by themselves, right? They didn’t have the same dream that night. This is a plan. This is maybe the plan Joe Biden was talking about: He’s got the best voter fraud plan in the world. Well, he has a really good one, but lucky we caught it.”

In the same program, Powell told Bartiromo, “[W]e’re fixin’ to overturn the results of the election in multiple states, and President Trump won by not just hundreds of thousands of votes but by millions of votes that were shifted by this software that was designed expressly for that purpose. We have sworn witness testimony of why the software was designed. It was designed to rig elections. He was fully briefed on it. He saw it happen in other countries. It was exported internationally for profit by the people that are behind Smartmatic and Dominion. They did this on purpose. It was calculated, they’ve done it before. We have evidence from 2016 in California. We have so much evidence I feel like it’s coming in through a fire hose.”

She also said she was collecting evidence from whistleblowers who say that Dominion Voting Systems bribed election officials, and said, “It’s really an insidious, corrupt system, and I can’t tell you how livid I am at our government for not paying attention to complaints, even brought by Democrats. … No one in our government has paid any attention to it which makes me wonder if the cia has used it for its own benefit in different places. And why Gina Haspel is still there in the cia is beyond my comprehension. She should be fired immediately. …

“They can stick a thumb drive in the machine or upload software to it, even from the Internet. They can do it from Germany or Venezuela even. They can remote-access anything. They can watch votes in real time. They can shift votes in real time. We have identified mathematically the exact algorithm they used and planned to use from the beginning to modify the votes, in this case to make sure Biden won. That’s why he said he didn’t need your votes now, he would need you later. He was right. In his demented state, he had no filter and he was speaking the truth more than once, including when he said he had the largest voter fraud organization ever. Well, it’s massive election fraud; it’s going to undo the entire election. And they can do anything they want with the votes. They can have the machines not read the signature. They can have the machines not read the down-ballot. They can have the machines read and catalog only the Biden votes.”

Radical leftists and deep state elites were daring President Trump to tell the truth and thereby challenge the entire electoral system. And that is exactly what he did.

At American Greatness, Bruce Bawer wrote, “Those who have bought the line of the Democratic Party and the mainstream media sneer: How can you possibly believe in such an elaborate plot? In so much high-level criminality by so many people in positions of authority? To believe in massive voter fraud, they argue, is to buy into the wildest conspiracy theory ever.

“The people who tried to pull off this election heist are drawn from the same swamp as the conspirators in the Russia hoax. And in both cases they’ve had the Times and the rest of the mainstream media on board, eager to spread their disinformation to the world.”

If you don’t really follow the news closely, now is the time to do it. The radical left is attempting a revolution and feels strong enough to commit major electoral crimes brazenly across the country in an attempt to seize power!

I especially recommend you subscribe to and read our Trumpet Brief e-mails. In “America’s Election: Where ‘Truth Dies in the Streets,’” Brad Macdonald wrote on Thursday, “There are Pulitzer Prize-winning stories to investigate here, but no one seems to want to seriously search for the truth. This isn’t just a political crisis. This is a moral and spiritual crisis, and it infects virtually the entire leadership structure of America.

“The message coming from the mainstream media and from most politicians is clear: There is no evidence of fraud; the claims are unfounded; there is nothing to investigate. It’s exactly as Isaiah warned, ‘justice is outlawed’—it’s forbidden, banned, totally unnecessary!”

Americans out there who are not part of the radical left might cheer these revelations from Giuliani, Powell and others. And the truth should come out. The truth is coming out. I think we’re going to see more election bombshells almost by the week, as my father said. But these shocking revelations of an elaborate plot, high-level criminality and massive voter fraud don’t just show that President Trump should win another term. It shows our entire electoral and political system is corrupt and compromised! In some cities, it’s been that way for a lifetime!

Even when President Trump emerges from this somehow still holding onto power, the truth—that our system of government is hopelessly corrupt and vulnerable to enemies foreign and domestic who are willing to manipulate it—will be plain for everyone to see. We need a lot more than brave whistleblowers and top-notch lawyers to save this country. We need the book of Isaiah, we need the Bible, we need God, and we need repentance!