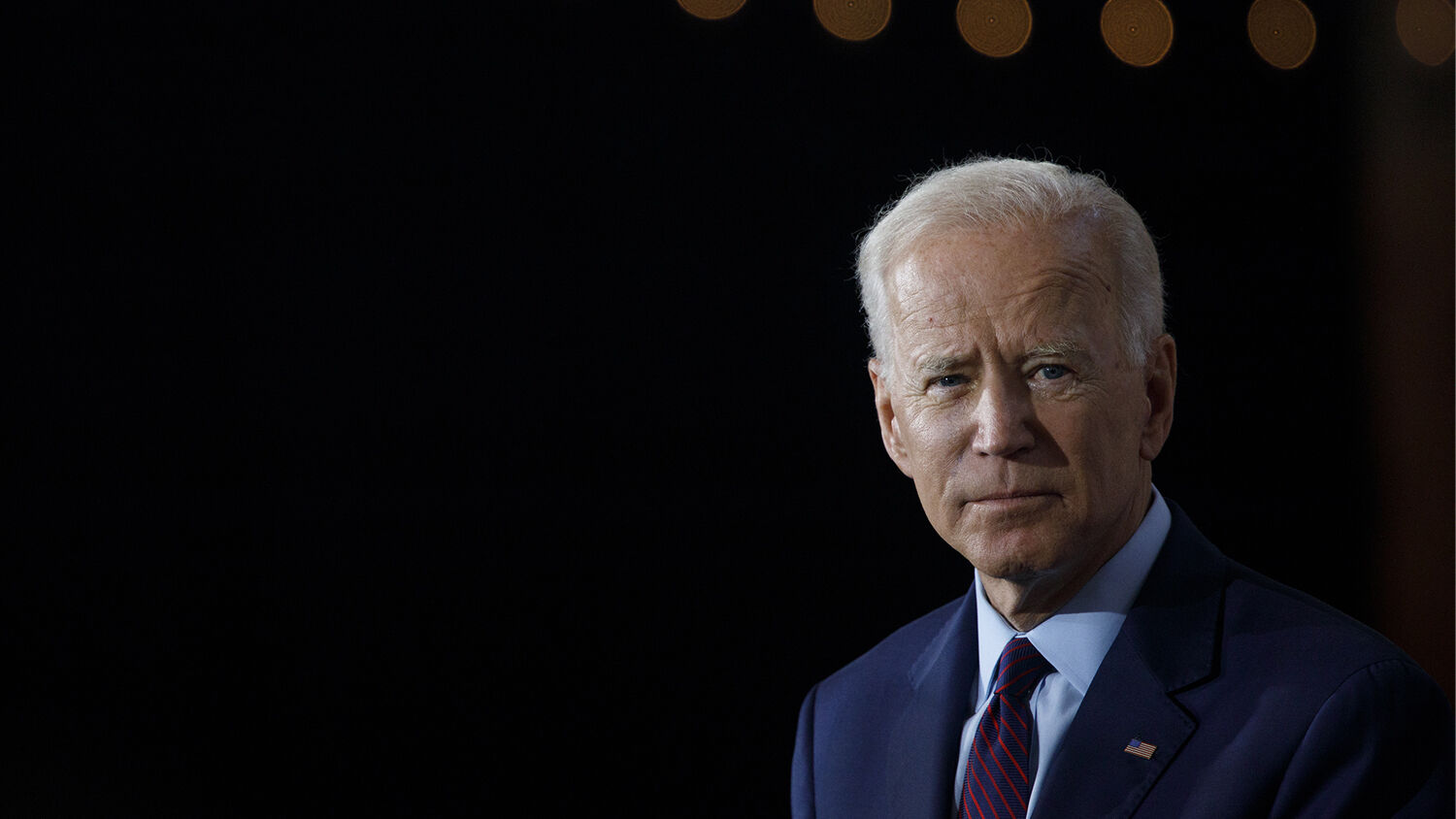 Everyone is waiting anxiously for the results of the United States presidential election. Those results, and their legitimacy, will give Americans and the world an idea of what is to come. But when you think about it, the lead-up to this election has already shown us everything we need to see.

One of the biggest revelations over the past few years has been how powerful and how biased American elites are. Top American journalists, commentators, celebrities and tech executives used to present themselves as apolitical, tolerant, fair and not overly powerful. They dropped that facade during the Barack Obama campaigns in 2008 and 2012. In 2016, everyday Americans reacted against their bias quite strongly and elected Donald Trump. In 2020, the elites fought back, smashing through every traditional, moral, ethical, political or legal barrier in their obsessive drive to end the Trump presidency.

Examples of this reality are all around us. One of the most vivid is what just happened to Glenn Greenwald at the Intercept.

Greenwald is known for investigative reporting of the federal government. He was an attorney who litigated constitutional law and civil rights cases, then became a political writer. His personal views are very liberal, as are much of his writings, but he made a name for himself publishing information that reflected badly not only on Republicans but on Democrats as well. He is best known for reporting on the National Security Agency’s spying on Americans during the George W. Bush administration, and on its massive prism spying scandal during the Obama administration. He then helped found the Intercept in 2014.

It has been a messy divorce. In his resignation letter, Greenwald wrote that Intercept editors censored an article he wrote exposing Joe Biden’s dealings as vice president. He said his editors refused to publish his article unless he removed “all sections critical of Democratic presidential candidate Joe Biden, the candidate vehemently supported by all New York-based Intercept editors involved in this effort at suppression.”

The editors even said he was forbidden from publishing his article with any other publication! Greenwald tried to work with the editors, proposing they write a follow-up article to his so that readers could decide for themselves. But he was shut down. “Modern media outlets do not air dissent,” Greenwald said. “They quash it. So censorship of my article, rather than engagement with it, was the path these Biden-supporting editors chose.”

Greenwald is one of the few journalists standing up for constitutional protections like freedom of the press. In fact, he helped establish the Intercept as a whistle-blowing outlet that exposed corruption in government intelligence agencies. He now sees that many in the media are actually working right alongside these many corrupt government agents!

“The pathologies, illiberalism and repressive mentality that led to the bizarre spectacle of my being censored by my own media outlet are ones that are by no means unique to the Intercept,” wrote Greenwald. “These are the viruses that have contaminated virtually every mainstream center-left political organization, academic institution and newsroom.”

For Greenwald, the Intercept’s decision to kill the Biden story was the last straw. “The brute censorship this week of my article—about the Hunter Biden materials and Joe Biden’s conduct regarding Ukraine and China, as well my critique of the media’s rank-closing attempt, in a deeply unholy union with Silicon Valley and the ‘intelligence community,’ to suppress its revelations—eroded the last justification I could cling to for staying.”

When you think deeply about what Greenwald is saying here, it is truly terrifying. The media, Big Tech, America’s intelligence community—they’re all working together. It’s a radical left-wing alliance that is fundamentally un-American.

Last week, Greenwald appeared on Fox News’s Tucker Carlson Tonight to talk about his resignation. He said, “This is the real story of the last four years of the Trump administration which is that for a long time on the left there was a healthy skepticism of the cia, there was a lot of anti-war activism in the Bush and Cheney years. That has all disappeared. And the reason it’s disappeared is because the cia from the very first days of the Trump administration, even before he was inaugurated, devoted themselves to sabotaging the administration because Donald Trump questioned just a few of their pieties and that can’t be done in Washington; whoever does that must be destroyed. And so the cia and the ‘deep state’ operatives became heroes of the liberal left, the people who support the Democratic Party, they’re now in a full union with the neocons, the Bush-Cheney operatives, the cia, Silicon Valley and Wall Street. That is the union of power, along with mainstream media outlets, that are fully behind the Democratic Party; which is likely to at least take over one branch of government if not all of them in the coming election. And that is a very alarming proposition because they’re authoritarian; they believe in censorship and they believe in suppression of information that exposes them in any kind of a critical light.”

Greenwald said he cofounded the Intercept to serve as a watchdog of America’s intelligence agencies. Now his own media outlet is in the “union of power” that is the deep state. And the goal of the deep state is to destroy Donald Trump.

Greenwald continued to explain that American law prohibits the national security state from focusing on domestic targets. They certainly aren’t meant to be motivated by politics or to be actively disseminating propaganda. But, Greenwald says, “Go turn on any of those other cable networks, or pick up the op-ed page of any of the biggest newspapers, and all you’ll see are ex-members of the cia, the doj, the fbi, the nsa, telling Americans what they ought to believe. They’ve infiltrated the means of communication domestically; they do it through leaks, they do it through clandestine operations, and through lies. They propagandize the American people in a way that is incredibly dangerous no matter what your ideology is.”

He’s completely right. The Obama administration prosecuted dozens of journalists during its time in the White House. And the attacks continued long after it left office.

Do you know why much of this is being exposed?

In the May-June 2018 issue of the Trumpet magazine, my father wrote a feature article titled “Saving America From the Radical Left—Temporarily.” If you’re concerned about the direction of America, this article contains the answers you need.

“For eight years under President Obama,” my father wrote, “the forces of the radical left were on the march, virtually unchecked. Even Republican leaders caved in, and that was after they had taken control of Congress and had a lot of power to stop the president!

“Donald Trump has proved himself willing to take a stand where others have not. It is quite something to behold him resisting these anti-American forces! He has inspired a few other leaders to challenge the radical left and help expose it for what it is.”

President Trump is helping expose the sickness in Washington, D.C. He is inspiring others to fight against the anti-American forces coming from within. But as we have explained many times, President Trump’s success will only be temporary.

Why is that? Why would God have a man come on the scene to temporarily save America? Why would he expose all of this evil and wrongdoing? Here’s an excerpt from another feature article written by my father, in the November-December 2018 Trumpet magazine:

Since Donald Trump became president, the depth of lawlessness and corruption permeating America’s leadership, aided by America’s media, is being uncovered. As I wrote in that [May-June 2018] article, “This is corruption on a deep level—so deep that most people won’t even believe it!” If Hillary Clinton had won the last election, “None of this corruption would have come to light!” But God wants it exposed! He is saving America temporarily—and one reason is to expose this evil.

“We are getting a hard look at just what the radical left is willing to do in order to seize power and stay in power,” I wrote. “They have no respect for the rule of law! They believe they are above the law. It is no exaggeration to say that such contempt for the nation’s founding principles is a threat to the republic!”

President Trump made a very perceptive remark in an interview with the Hill, published September 18. Talking about the corruption in the fbi that has come to light, he said, “I hope to be able to put this up as one of my crowning achievements, that I was able to, through the help of a lot of good people … expose something that is truly a cancer in our country.”

God wanted that cancer exposed. We all need to think seriously about why—and the responsibility that puts on us individually!

God wants the evil to be exposed! But He isn’t doing this so people will look to Donald Trump for the answers. He wants people to see the failure of human government! He wants that evil exposed so that people will see it, be horrified by it, and turn to Him! The undeniable truth is that our nations have forsaken God!

Notice what my father wrote in the September 2020 issue of the Trumpet magazine: “God wants this conspiracy exposed to give people one last chance to repent. America’s temporary resurgence is giving people a window to repent, but that window will soon close. Eventually, warnings are followed by consequences for inaction.”

America is in the midst of a sharp decline. That decline would be even steeper if not for God temporarily intervening to give people our one last chance to repent! If you are reading this, you must take this warning seriously. Is another four years of President Trump really going to fix America? What happens after 2024? Time is short!