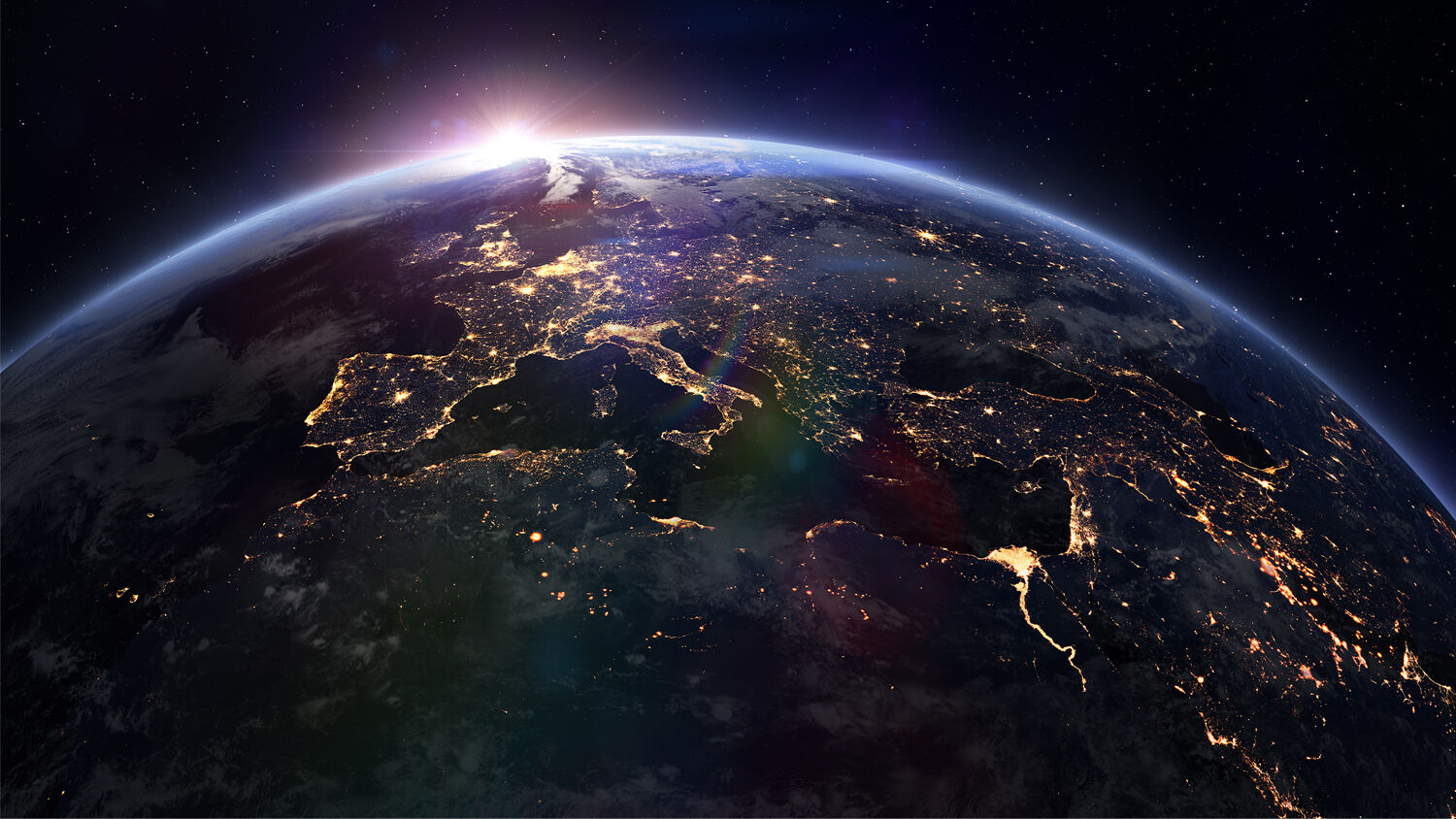 Between coronavirus and America’s election, news coverage in the United States is dominated by domestic issues. These stories are important, but don’t let yourself be distracted away from critical events—dramatic and rapid-fire changes—happening around the world.

On Friday, for example, a teacher was beheaded in broad daylight on the streets of Paris. Samuel Paty had given a lecture on, of all things, free speech—showing pictures of Mohammed. The lecture sparked outrage within France’s Muslim community, and one radical Islamist executed him.

This vividly showed how the tide is turning in Europe. Not long ago, mainstream political leaders simply would not talk about Islam in any kind of negative light. Now, President Macron—about as mainstream a politician as you will find in Europe—is using the type of rhetoric that only extreme groups would have used a few years back.

Days before this latest attack, Macron gave a speech that was quite critical of Islamism. “That Macron even gave an anti-Islamism speech was itself a sign of how fast the debate is moving in France,” wrote Ayaan Hirsi Ali in the Spectator. “Five years ago, when Fox News referred to ‘no-go zones’ in Paris, the city’s mayor threatened to sue. Now we have an avowed centrist like Macron warning that the ‘final goal’ of the ‘ideology’ of Islamism is to ‘take complete control’ of society.”

Radical Islam is rising in Europe—but now so too is anti-Islamism. This is building toward the clash between the Christian, Catholic-dominated “king of the north” and the Islamist “king of the south” referred to in Bible prophecy that the Trumpet has been talking about for so long.

Then look at Germany. Die Welt published an article earlier this month calling explicitly for a revived Holy Roman Empire to replace the U.S.-led world order. “Pax Americana,” the article says, “is disappearing.”

“A new world order is sorely needed, and Germany, which flourished under the Pax Americana and, against all expectations, became a late-blooming, 20th-century success story, must play its part in establishing one,” it said. How? “[W]e must look back to the Holy Roman Empire and its role in shaping Europe.”

“America has nothing left to offer,” stated Die Welt. “And there is nothing in today’s world to suggest that something better is on the horizon.” Instead, “It’s time for the country in the middle of Europe, together with others, to have another go” at forming a kind of Holy Roman Empire. This is chilling language coming from a mainstream German paper—and it points directly to some of the Bible’s most important end-time prophecies.

Another interesting article came from Robert Kaplan last week: “The Afterlife of Empire.” In a world where the media, the academic community and so many others emphatically condemn all forms of empire and colonialism, we are seeing this supposedly discredited institution rearing its head again. Kaplan noted that “as we enter an age of great power conflict, imperialism lurks behind the scenes as an organizing principle of geopolitics, difficult as it may be to admit.”

As evidence, Kaplan pointed to the giants of Asia. China is creating a new trade empire through its Belt and Road Initiative. “bri’s network of roads, railways, pipelines and ports across Eurasia is grounded in geopolitical, mercantile and military—that is, in imperial—logic, and follows the pathways of the medieval Tang and Ming dynastic empires. Russia’s attempts at undermining the countries of its near-abroad—from the Baltic states and Belarus, through the Balkans and Ukraine, to the Levant—is a naked attempt to re-create the contours of the Soviet empire and its shadow zones,” Kaplan wrote.

The Financial Times is also warning about China—and specifically how it could take advantage of America’s political preoccupation and division: “The din of the American [domestic political] campaign is drowning out increasingly aggressive words and actions by China, as it threatens to use military force to combat what it regards as intolerable ‘separatism’ by Taiwan, which is, de facto, an independent state, but claimed by Beijing,” wrote Gideon Rachman. He wrote that if the U.S. spends the next two months arguing and litigating election results, China could take advantage of America’s distraction and take Taiwan.

Kaplan also pointed to Iran projecting its power using proxies throughout the Middle East, “in the same places where Persia has been active for thousands of years. The map of Iranian influence bears striking resemblance to the imperial cartography of the Achaemenid, Sassanid and Safavid empires, in which the people of the Iranian plateau sought to dominate the Arabs and other peoples of the Middle East.”

There is also the European Union, Kaplan wrote, “in which a bureaucratic elite only partially answerable to its subjects and headquartered in northwestern Europe governs the daily lives of far-flung peoples ranging from Iberia to the Balkans.” He noted prominent EU politician Guy Verhofstadt saying last year, “The world of tomorrow is not a world order based on nation states or countries. It is a world order based on empires.”

This is powerful insight into major forces driving global events beyond America’s insular shores. Yet how many Americans are paying attention? Foreign policy hardly registers a blip among the concerns of American voters. President Donald Trump mostly wants to shrink America’s presence in the rest of the world and leave it to other nations to rule as they please. Joe Biden is a big believer in the internationalism that is allowing these foreign empires to flourish.

Foreign-policy experts writing for War on the Rocks believe America should support the rise of this European empire. “The United States needs a stronger Europe,” they wrote this week. “[T]he United States should become the biggest advocate for a stronger European foreign policy,” the article says, arguing that the U.S. should push Europe to become a military power. “Washington should want the European Union to be a much more prominent and capable actor on the world stage, because the United States urgently needs strong and able partners as its own strategic attention shifts more and more to the Indo-Pacific.”

These are all critical stories—yet you will likely hear little about them on your nightly news. France confronts Islam. China pushes back against the U.S. A major German news source advocates for a Holy Roman Empire. Empires around the world are rising—empires hostile to the U.S. And they are rising exactly the way the Trumpet has been warning they would for years. Events are building toward the fulfilment of some of the Bible’s most important prophecies.

There are important prophecies being fulfilled in U.S. politics as well. But don’t lose sight of these international developments. Here at the Trumpet, we work hard to keep you up to date with the most important stories from around the world. Keep watching that news, and understand these prophecies!