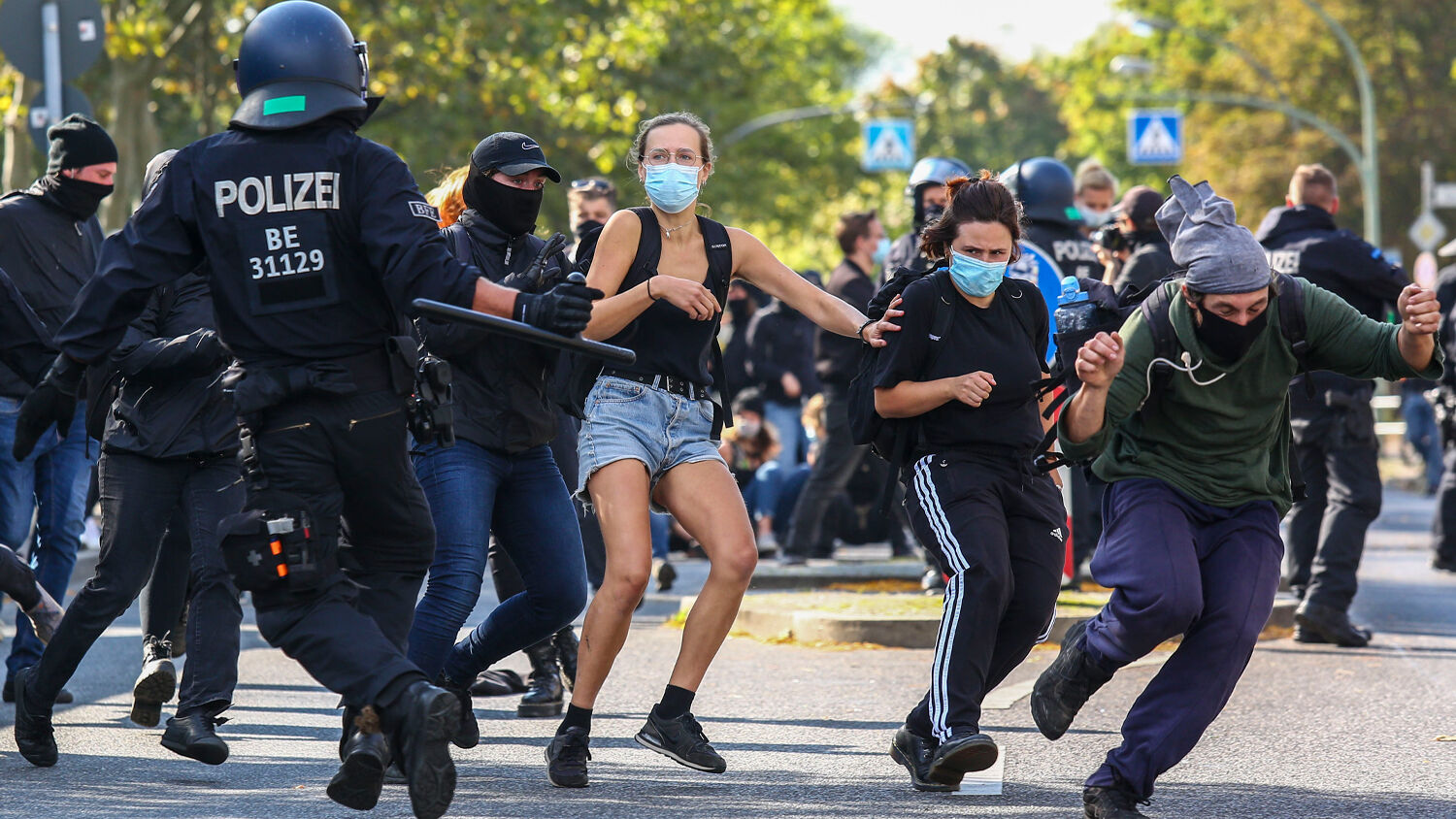 On Saturday, Germany celebrated 30 years since its reunification. The next day, during the Jewish festival of Sukkot, a man brutally beat a Jew as he stepped out of a synagogue. The attacker used a spade to inflict severe head wounds on his victim, who went to a hospital for treatment.

This rise of the far right as Germany celebrates its 30th anniversary is causing some to ask searching questions. The New York Times’ Katrin Bennhold used the occasion to warn of trouble stirring in modern Germany.

“Germany can rightly celebrate being an economic powerhouse and thriving liberal democracy,” she wrote. “But reunification has another, rarely mentioned legacy—of unifying, empowering and bringing into the open a far-right movement that has evolved into a disruptive political force and a terrorist threat, not least inside key state institutions like the military and police.”

This reunification “laid the groundwork for a resurgence that has burst into view over the past 15 months,” she wrote.

Over the last few months, Bennhold has produced a series of excellent articles exposing the rise of the far right in German society, politics, military and intelligence services. Her latest piece continues the trend, showing how East German authorities covered up and ignored violent neo-Nazis. Bennhold warned that a “potent neo-Nazi movement was growing underground.”

In 1945, Herbert W. Armstrong forecast that the Nazis would go “underground.” Now, the New York Times is saying that happened—and it’s rising again.

Once the Berlin Wall fell, extremist violence swept across Germany. German authorities, however, turned a blind eye—something we warned about at the time.

But the world didn’t pay attention to the warning signs. Instead, it focused on the Germany shown in events like the 2006 World Cup—a sophisticated, progressive, liberal nation. “I wanted to believe that that’s who we are as a country—and I did believe it,” said Tanjev Schultz, an author and journalism professor. “But it wasn’t true.” This German journalist now warns us that that public face was a mirage.

“Westerners have no feel for how fragile things are,” Bernd Wagne, a former East German police officer told her. “The elites don’t see the post-democratic decline. Easterners have seen a system collapse before” (emphasis added).

The world should be paying attention to this kind of reporting from America’s paper of record. But these warnings have no impact on our politics.

We’ve written often about how the Bible forecasts a sudden change for Germany. Most recently, I wrote “Why Does Germany Have So Many Neo-Nazi Conspiracies?” Mr. Armstrong could make such a specific forecast in 1945 because of specific Bible prophecies. You can read about those prophecies in my article.

But today, I want to focus on a different question. What is the solution for Germany? Churchill, Stalin and Roosevelt all signed a document promising never to let Germany rise again. Yet here we are—soon the world will see Germany as a major danger once again.

But it’s not just Germany. The world is full of conflicts and antagonisms that won’t go away. As I wrote about last week, Armenia and Azerbaijan are once again fighting a conflict that goes back over 30 years. Russia, once the enemy in the Cold War, is opposing America yet again. The relationship between Pakistan and India has been tense for decades. What is the solution?

For the answer, I’d like to point to one of my favorite articles from our archives: “A Nation Worth Applauding.” Bible prophecy forecasts a time when God will use Germany to punish Britain and America. But it also says that after that, these nations will all be great again—and all work together for the good of the whole world.

God will soon intervene in world events. He will forcefully show all nations “that the most High ruleth in the kingdom of men” (Daniel 4:17). Once nations learn that lesson and submit to Him, they will reap tremendous blessings.

Britain, America and Germany will all learn that crucial lesson very soon. Once that happens, these countries all have so much they can give to the world.

Bible prophecy teaches the same lesson today. This is why God gave the prophecies that allowed Mr. Armstrong to write so accurately about a Nazi “underground.” Today, the Trumpet preaches a prophetic message that proves, to those who listen, that God rules and that He is in charge of world events. Those who learn the lesson, repent, and submit to Him can reap abundant blessings now.

Soon, God will teach that lesson to the world so painfully that it will be impossible to ignore. But that painful lesson will last only a short time. Learning that lesson will lead to a wonderful time of peace for the whole world.

“A Nation Worth Applauding” gives a short look at how Germany will respond in this time of peace. It’s a beautiful picture of how God will remove ancient enmities and bring peace and prosperity to all nations very soon. You can read it on our website now.