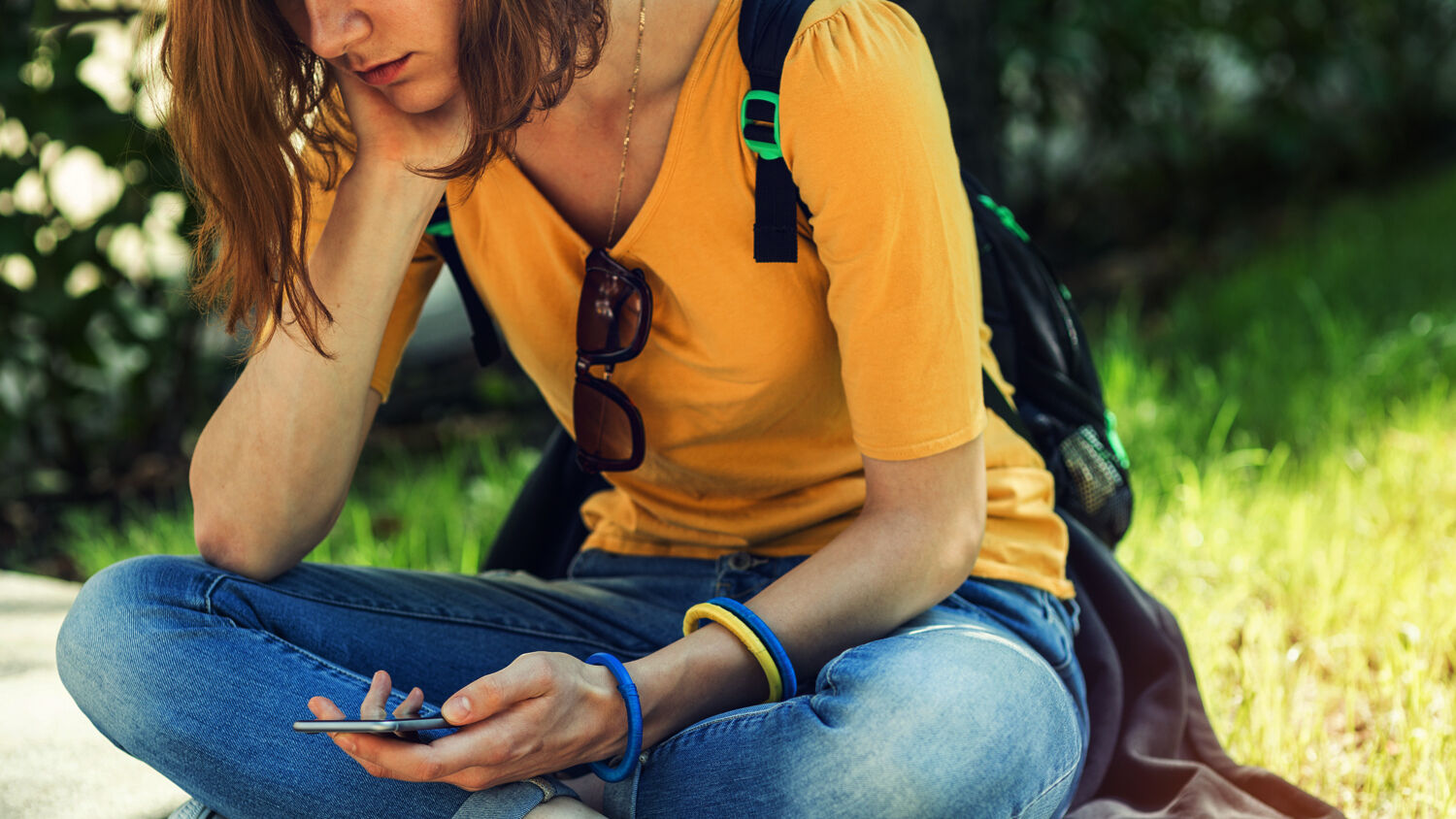 What is the cause of the rising level of depression—and the solution?

Forty percent of adults in the United States are struggling with mental health issues, according to a study from the Centers for Disease Control and Prevention (cdc), published on August 14. The study of 5,470 U.S. adults between June 24 and 30 of this year found that 40.9 percent of Americans say they are dealing with “an adverse mental or behavioral health condition.”

The cdc has reported that the rates of suicide for teenagers rose between 2010 and 2015 after about 20 years of decline. Other studies have shown that depression may be linked to the use of social media and smartphones.

Jean Twenge, a psychology professor at San Diego State University, warned about the rise in depression in an article for the Conversation. She wrote: “In just the five years between 2010 and 2015, the number of U.S. teens who felt useless and joyless—classic symptoms of depression—surged 33 percent in large national surveys.”

Twenge asked an important question: “What happened so that so many more teens, in such a short period of time, would feel depressed, attempt suicide and commit suicide? After scouring several large surveys of teens for clues, I found that all of the possibilities traced back to a major change in teens’ lives: the sudden ascendance of the smartphone.”

“Interacting with people face to face is one of the deepest wellsprings of human happiness; without it, our moods start to suffer and depression often follows. Feeling socially isolated is also one of the major risk factors for suicide,” Twenge wrote.

Smartphones began to rise in popularity with the launch of the iPhone in 2007. With their ease of use and attractive touchscreen displays, smartphone sales have increased greatly since then. According to a report by the EXCLI scientific journal published last year, “95 percent of Americans own cell phones and 77 percent own smartphones.”

The smartphone has proved to be an addictive device. The EXCLI report wrote:

Such too much dependency makes us “Mobile addictive.” … Mobile addiction not only has physical effects but also psychological and academics effect at the same time. Sleep deficit, anxiety, stress, and depression which are all associated with Internet abuse, have been related to mobile phone usage too (De-Sola Gutiérrez et al., 2016). All entities which can stimulate a person can be an addiction. Whenever a habit is converted into an obligation, it becomes an addiction (Alavi et al., 2012).

Many of us have grown accustomed to using smartphones and have underestimated the incredibly strong pull these devices possess. Many have also underestimated the irresistible pull that social media apps have. Unsuspectingly, many of us today—particularly young people—have become addicted to devices and social media. A Common Sense Media Report found in 2016 that 50 percent of teenagers “feel addicted” to mobile devices and 59 percent of parents believe their children are addicted to their devices.

Some of the inventors of smartphones and social media apps have revealed that they have set limits on how much they and their children use their inventions. In an interview with the Mirror in April 2017, Microsoft founder Bill Gates said he put limits on his children’s device use: “We often set a time after which there is no screen time, and in their case that helps them get to sleep at a reasonable hour.”

In an interview with the New York Times in 2011, Apple founder Steve Jobs said he also limited his children’s device use. He didn’t even let his children use the iPad. “We limit how much technology our kids use at home,” Jobs said.

The fact that the inventors of today’s devices limit their childrens’ device use serves as a wake-up call. It should especially be a warning to parents of teenagers.

Sean Parker, the first president of Facebook and cofounder of Napster, admitted that Facebook was created to consume as much of people’s “time and conscious attention as possible.” He said this in an incredibly revealing interview with Axios in November 2017. Facebook was made to create a “social-validation feedback loop,” he said, exploiting a “vulnerability in human psychology.”

Chamath Palihapitiya, a former Facebook executive, also gave some revealing information about Facebook at a Stanford Graduate School of Business event in November 2017. He said that “the short-term, dopamine-driven feedback loops we’ve created are destroying how society works.” The former Facebook executive said he hardly uses the social media site anymore because of the “huge tension” it makes. He said that social media sites leave users feeling “vacant and empty” and that these sites use “short-term signals” like “hearts, likes” and “thumbs up” to influence users to combine those signals with value and truth. “What it really is is fake, brittle popularity that’s short term and leaves you even more vacant and empty before you did it.”

Though many people use social media sites like Facebook for business activities and other good purposes, these remarks made by the very people who built these sites should be a warning to all of us. We should at least consider limiting the amount of time we spend on social media—even better, avoid using social media wherever possible. Why should we subject ourselves to feeling “vacant and empty”?

We don’t have to subject ourselves to this needless suffering. We can stop using certain social media sites. People who have stopped using social media have benefited. They are more productive, have healthier relationships with their family and friends, and are happier than those who needlessly scroll social media for hours each day.

The same applies with smartphones. Many people are realizing the dangers of smartphones and that they are better off replacing their smartphone with a feature phone. Feature phone sales have actually begun to rise again within the last few years, especially in Asia and the Middle East. There is a range of new feature phones one can choose from. The best choice of feature phone—especially for young people—is one that has very limited access to the Internet.

By decreasing the amount of time we spend on social media and smartphones, we can find more time to develop our relationships with God and our families, and to accomplish more in other productive activities. This is a sure way of increasing happiness, self-control and a sense of freedom.

In our free book Child Rearing With Vision, under the section “Seven Steps to Protect Your Child From the Misuse of Technology,” we give specific ways parents can “counter the negative effects of technology in your children’s and teens’ lives.” These seven ways are valuable for your family. Put Proverbs 22:6 to the test: “Train up a child in the way he should go: and when he is old, he will not depart from it.”