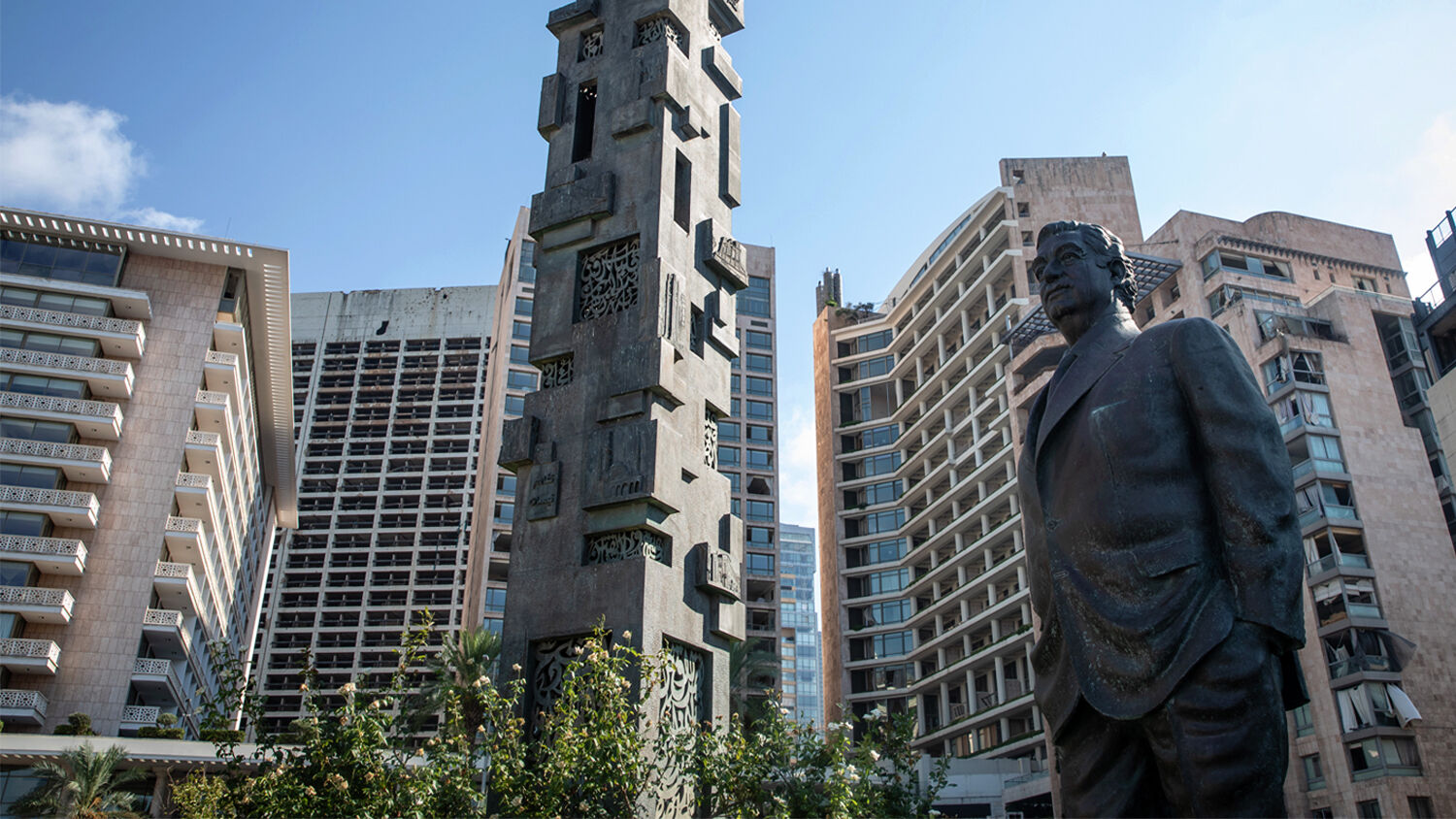 A statue of Lebanon’s former prime minister Rafik al-Hariri is seen near the site of the 2005 bombing that killed him.
Chris McGrath/Getty Images

The UN Special Court verdict stoked the fire of anger and outrage.

On Tuesday, August 18, the United Nations Special Tribunal for Lebanon (stl) released its verdict that Salim Jamil Ayyash, a Hezbollah operative, was guilty of the 2005 assassination of former Lebanese Prime Minister Rafik al-Hariri. The court acquitted three others of any involvement with the assassination. The four men first went on trial on Jan. 16, 2014, at the stl in the Netherlands in absentia.

Some hoped for international justice and appropriate punishment for the criminals; however, the verdict simply repeated already known facts and left several questions unanswered.

Lebanon is currently trying to recover from the recent explosion in Beirut, the following resignation of its government, and the ongoing economic crisis caused by years of mismanagement and neglect. So why does this court decision matter?

In September 2004, Prime Minister Hariri supported the UN Security Council’s Resolution 1559, which called for the withdrawal of Syrian forces from Lebanon and the disarmament of Hezbollah, yet he remained under Syria’s control. In protest of Syria’s role in Lebanon, Hariri resigned from office in October 2004.

In early 2005, Hariri began preparing for parliamentary elections, urging others to back the UN resolution.

On Feb. 14, 2005, a suicide bomber exploded a truck near Hariri’s convoy in Beirut, killing him and 21 others, and injuring 226 more. The explosion was so powerful it damaged nearby buildings and left a large crater. This wasn’t a discreet assassination; it was a well-planned, coordinated explosion.

Suspicion immediately fell on Syria, which dominated Lebanon and Hezbollah at the time. Soon after, Lebanon plunged into the Cedar Revolution, consisting of mass protests against Syria’s presence in Lebanon. Under the intense pressure, Syria withdrew its troops and Lebanon’s government was reshaped.

On August 18, the stl explained who didn’t kill Mr. Hariri—so who was responsible? The director of the Arab Reform Initiative, when commenting on the court’s verdict, tweeted: “Ultimately, it is a deeply unsatisfactory outcome because the basic questions are left unanswered and will continue to divide the Lebanese. International investigation did not manage to crack the case.”

The stl was not tasked with establishing the culpability of groups or nations—it could only try individual cases—so blaming Hezbollah for the assassination was not expected.

But after 15 years, many Lebanese citizens have already made up their minds about Hezbollah’s involvement in the assassination. “The results of the tribunal have already been based in, because it’s not a surprise and the real shocks came years ago,” said Paul Salem, president of the Middle East Institute in Washington.

In response to the court’s decision, Saad Hariri, Rafik Hariri’s son who also served as Lebanon’s prime minister, said: “Today, the party that should make sacrifices is Hezbollah. It is clear that the network responsible is from its ranks. We will not rest until the punishment is carried out.”

Many Lebanese view Hezbollah to be “at the core of a corrupt political system.” They are also blaming Hezbollah for the years of negligence and corrupt rule that culminated in the recent port explosion in Beirut.

In response to the stl’s conviction of Ayyash, the Israeli Foreign Ministry said: “The Hezbollah terror organization and its people were involved in murder and obstruction of justice. … Countries of the world need to act against this terror organization to help Lebanon be freed from this threat.”

Saudi Arabia is speaking up as well. “In calling for Hezbollah and its terrorist elements to face justice and be punished, Saudi Arabia stresses the need to protect Lebanon, the region and the world from the terrorist practices of this group,” Saudi Arabia’s Foreign Ministry said.

Whether Hezbollah as a whole is legally charged with being involved in the assassination or not, the people of Lebanon are outraged. Even before the court ruling, the Lebanese were furious with Hezbollah. They won’t back down.

Iran practically controls Lebanon through its proxy, Hezbollah. But Hezbollah has lost all credibility in the people’s eyes. Trumpet editor in chief Gerald Flurry wrote in “Why You Need to Watch Lebanon,” “Hezbollah’s contributions to the war in Syria are changing people’s view. Ever since the bloody violence spilled over into Lebanon, Hezbollah has refused to end its involvement in Syria. And the Lebanese people blame this organization for every bomb that goes off inside their country.”

Iran’s sway over Lebanon is slipping, but for a major shift in power to occur, Lebanon will need foreign support.

“Time will tell how the details come about, but the possibility of European fighters coming up against Iran is something we have been watching for years,” Mr. Flurry wrote.

At the Trumpet, we fully expect Hezbollah to lose control of Lebanon. We base this forecast on the Bible, and a specific prophecy found in Psalm 83. Please read “Why You Need to Watch Lebanon,” by Mr. Flurry to understand more.