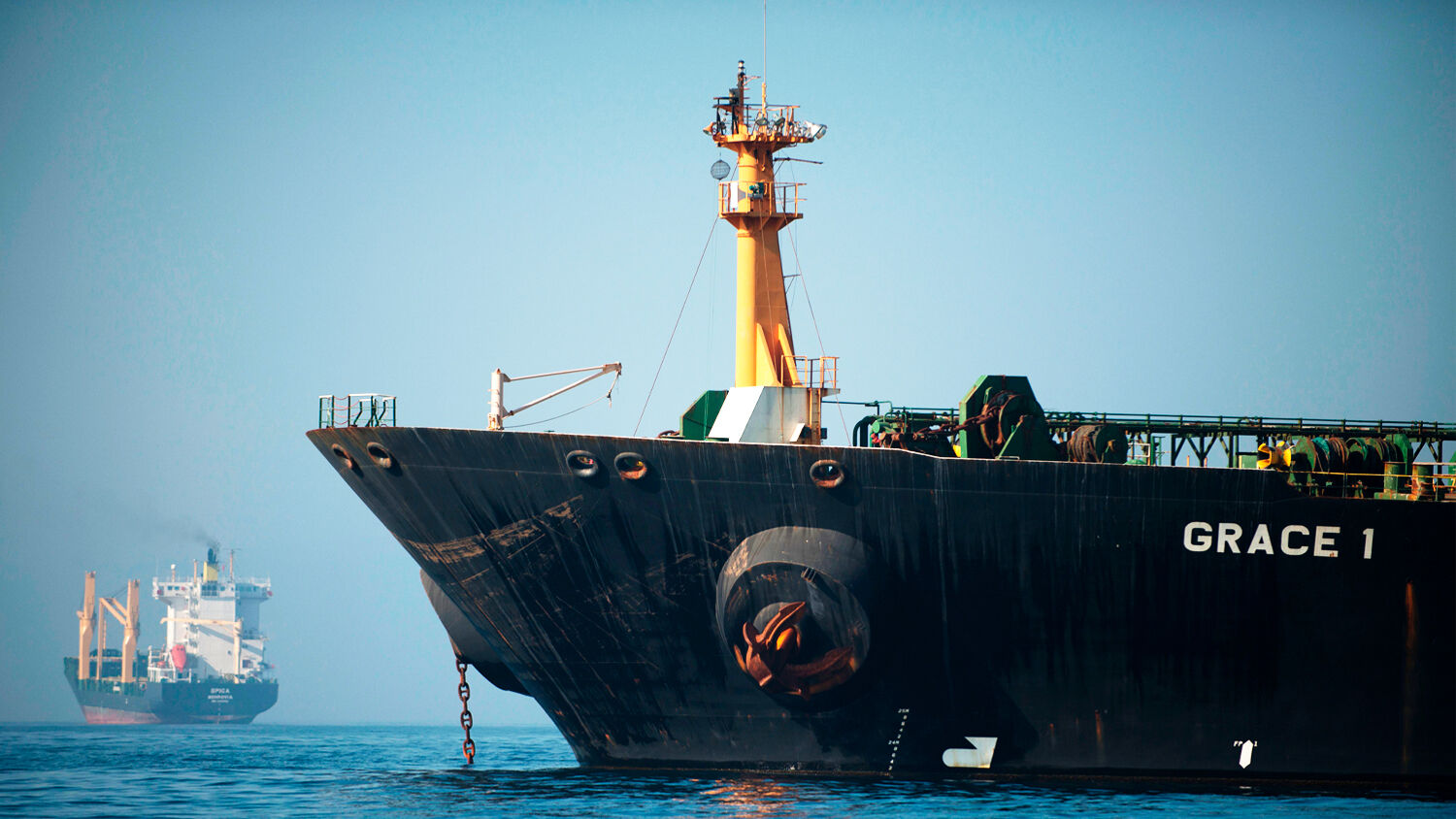 Iranian supertanker Grace 1 off the coast of Gibraltar on Aug. 15, 2019
JORGE GUERRERO/AFP/Getty Images

President Trump is proving to Iran that he will follow through on his warnings.

The shipment violated U.S. sanctions placed on both Iran and Venezuela and shows that the U.S. is increasing its campaign to enforce these sanctions. The intervention is a bold warning to companies around the world not to work with either country. U.S. officials say the move will deter companies from attempting to evade U.S. sanctions.

In July, U.S. federal prosecutors filed to seize the cargo of the four tankers containing an estimated 1.1 million barrels of Iranian gasoline. Those involved in arranging the shipment reportedly have ties to Iran’s Islamic Revolutionary Guard Corps.

While the prosecutors were granted a court order to seize the cargo, the failure of a similar mission last year caused experts to believe it would be impossible to enforce the order in international waters. An unnamed senior U.S. official reported that the cargo was successfully seized without the use of military force. By threatening sanctions, those involved in the shipment—ship owners, insurers, captains, etc—were pressured to hand over the cargo.

While the cargo is now U.S. property, some of the details related to the intervention have not been confirmed. The Wall Street Journal reported that the four ships are now being accompanied to Houston, Texas, a major fuel port, while other sources, including the Financial Times report that the cargo was transferred to American ships that are now on their way to the American harbor. The Financial Times wrote, “The cargo was subsequently voluntarily transferred into U.S. hands at two separate locations—the first in July from two vessels to a single vessel contracted by the U.S., and the second last week by a similar process. The U.S. departments of justice, homeland security and state, and the coast guard, were all involved.” All four ships—the Bella, Bering, Pandi and Luna—turned off their tracking devices weeks ago, making it impossible to locate the vessels.

Hojat Soltani, Iranian ambassador to Venezuela, rejected the reports in a carefully worded tweet: “Another lie and psychological war of the U.S. imperialist propaganda. Neither the ships are Iranian nor their owner or flag has anything to do with Iran. Terrorist Trump cannot make up for his humiliation and defeat against the great nation of Iran with false propaganda.”

Under President Donald Trump, the U.S. has increasingly pressured the regimes in Iran and Venezuela. This latest seizure, a first of its kind for the U.S., has gone further than ever before. A U.S. official told the Financial Times, “We have never done anything quite like this before.”

The Wall Street Journal reported that despite attempts between Iran’s and Venezuela’s leaders to increase energy trade, U.S. pressure is taking a toll. Over the last two years, Iranian crude exports have dropped from 2.5 million barrels a day to an estimated 70,000 barrels per day in April. President Trump has accomplished what former President Barack Obama never dared to do.

This show of power and influence over America’s adversaries is a sign that God is using President Trump to fulfill a specific Bible prophecy.

2 Kings 14 records a resurgence in ancient Israel under King Jeroboam ii. “He restored the coast of Israel from the entering of Hamath unto the sea of the plain, according to the word of the Lord God of Israel, which he spake by the hand of his servant Jonah, the son of Amittai, the prophet, which was of Gathhepher. For the Lord saw the affliction of Israel, that it was very bitter: for there was not any shut up, nor any left, nor any helper for Israel. And the Lord said not that he would blot out the name of Israel from under heaven: but he saved them by the hand of Jeroboam the son of Joash” (verses 25-27). Through Jeroboam, God “saved” Israel from being blotted out. America is one of the modern-day descendants of ancient Israel. (For detailed proof, please read The United States and Britain in Prophecy, by Herbert W. Armstrong.) The book of Kings is part of the former prophets, meaning this is an end-time prophecy for the United States.

Regarding this passage, Trumpet editor in chief Gerald Flurry wrote:

Donald Trump has proved himself willing to take a stand where others have not. It is quite something to behold him resisting these anti-American forces! … When you compare what this president is doing to what his predecessor did, there has been a clear change in direction, one that will slow the speed at which America is being pulled apart. …

Yet like anciently, this is only a temporary resurgence. Look at what happened anciently, and you recognize that the short-term gain in the nation was followed by extremely strong correction!

What we are witnessing during Donald Trump’s presidency is a temporary resurgence by God Himself. President Trump has reversed some of Obama’s policies that allowed the Iranian regime to amass power and money. But this resurgence will not continue forever. The details of this prophecy regarding America’s temporary resurgence are explained in Mr. Flurry’s free booklet Great Again. But beyond the collapse following this resurgence are prophecies showing that America’s “greatest glory ever is imminent.” This is the lasting hope that Great Again will fill you with.