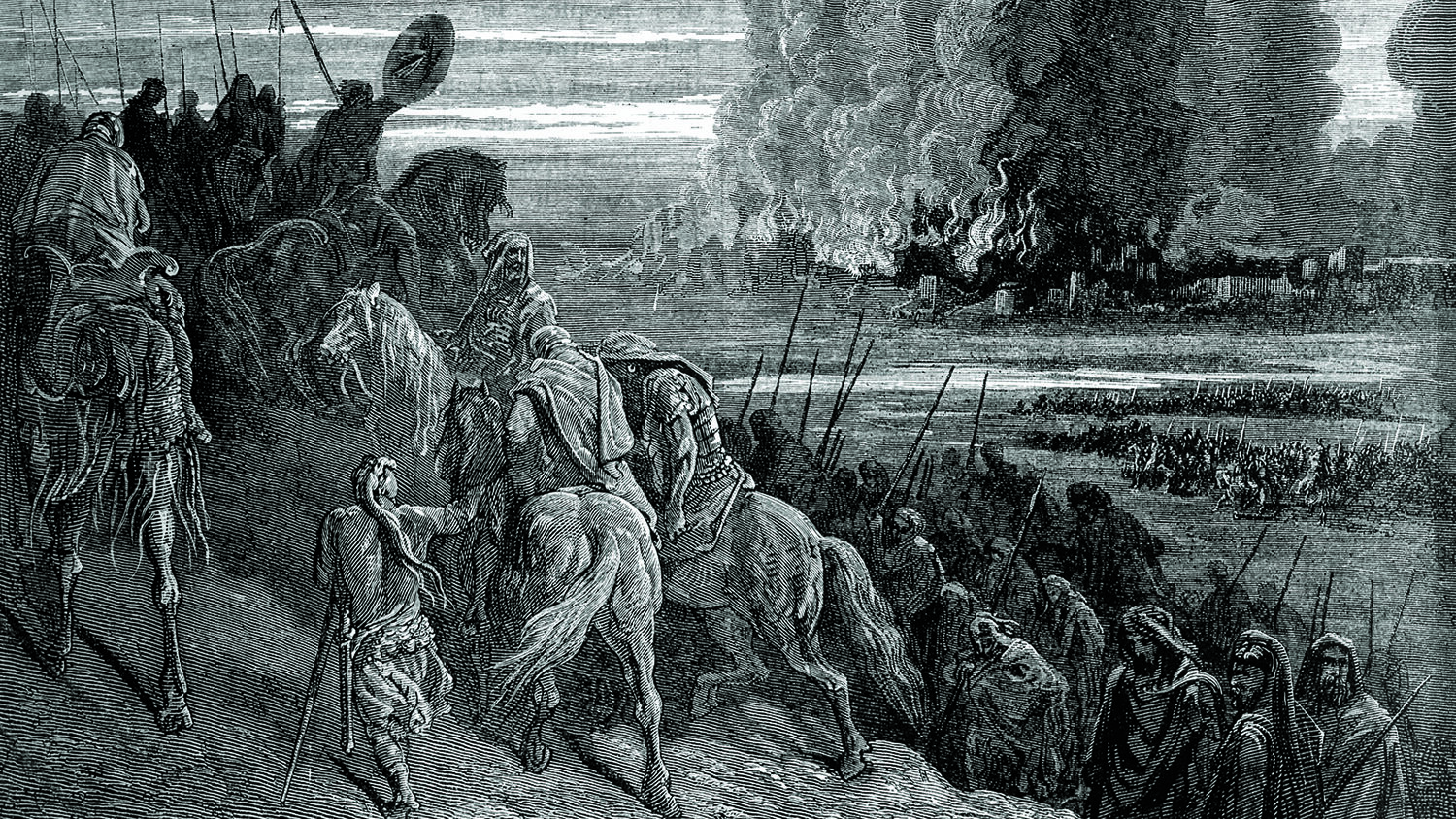 This world is changing dramatically—and fast. A powerful spirit influence that crosses borders, classes and ideologies changed the world with unprecedented, self-destructive coronavirus restrictions, then with the riots and outright assault on American and British history, culture and the last remnants of biblical principles.

This spirit of hate is inspired by Satan the devil. Evil is real, and this enraged spirit being is very real. You must understand this crucial principle to understand what is happening to the world. (This is explained in my father’s free booklet America Under Attack. Request a free copy.)

You can feel the hate—and the fear. But don’t be afraid.

God is also real. Even in this rising tide of hatred, God has done for the Americans what He did for their Israelite ancestors: He saved them “by the hand of Jeroboam” (see 2 Kings 14:23-27). The fact that God (temporarily) saved this nation by the hand of its leader means that He used not only miracles far beyond this man but also certain qualities within this man.

The current president is flawed. King Jeroboam was flawed. Many more godly men have been flawed: Abraham, Moses, Joshua, David, Gideon, Ezekiel, Jonah, Paul. These flawed men faced fearsome times that caused others to fall. Yet God intervened by their hands because they all had one quality: courage.

You are going to need courage. You might be a nice person or an intelligent person, but to face the satanic hatred that is literally ending the world as we know it, you must become a courageous person!

Some of these men God used started with little courage. But God gave them courage and used their courage to save them and to save others.

God gave Jonah a life-threatening mission. He literally fled. But after God strongly corrected him, he went straight into the heart of one of the most cruel and powerful empires in human history and delivered a message that could have gotten him tortured to death. Jonah learned courage. (God also used Jonah to prophesy to King Jeroboam ii that by his hand He would save Israel from being blotted out: 2 Kings 14:25-27.)

Gideon asked God for multiple signs before he summoned the courage to lead a host of impoverished Israelites against a huge multinational force. Then he watched God dismiss 31,700 of his men. Yet he and the 300 men who were left courageously risked their lives for their people, and God saved Israel by their hand.

You need courage like this to face the violent physical threats coming your way—and the hateful spiritual force that is behind them.

“It appears that the Joshua of Moses’s time had one outstanding strength—spiritual courage,” my father wrote in Malachi’s Message, citing Joshua 1:5-7. Many true Christians in this generation have turned away from God. To them, he wrote that “spiritual courage may be the greatest need. Without it, the other virtues are of little value!”

Without it, the other virtues are of little value.

Winston Churchill said, “Courage is rightly esteemed the first of human qualities … because it is the quality which guarantees all the others.”

Joshua was strong and of good courage, and God conquered fortified city after fortified city by his hand. Regardless of your strength, physical or otherwise, God can conquer by your hand as well.

How can you take courage? How could Jonah stand alone? How could Gideon advance after God dismissed 99 percent of his men? How could Joshua fight for six or seven years without failing?

The world has changed. It’s clearer than ever that we are facing a spirit being spewing more rage than ever. Don’t fear. But don’t take courage from physical supplies or human intelligence—what’s coming is too overwhelming for that. Take courage in God, and He will do mighty things by your hand.

“For we wrestle not against flesh and blood, but against principalities, against powers, against the rulers of the darkness of this world, against spiritual wickedness in high places” (Ephesians 6:12).

Take courage in God’s spiritual armor: belted with truth, armored with righteousness, booted with the gospel, shielded by faith, helmeted with salvation, and armed with God’s Word (verses 13-18).

Joshua 10:25 states: “Fear not, nor be dismayed, be strong and of good courage: for thus shall the Lord do to all your enemies against whom ye fight.”

Without spiritual courage, you are helpless. With it, you are fearless. It will be Satan who will have to fear you. Be brave. Be solid. Be hard. Be of good courage.