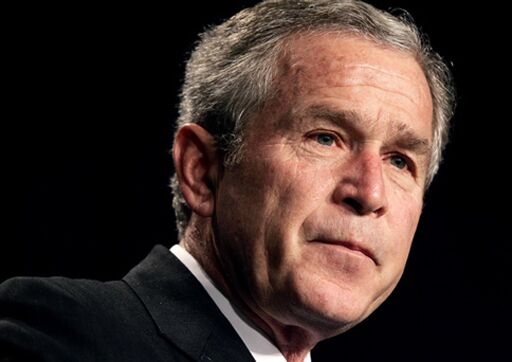 It appears Israel is turning its back on its greatest ally when it needs it the most.

What do Israelis consider the greatest challenge to their nation’s security?

The fact that terrorists have just taken over the administrative organization that governs part of Greater Israel would seem to make Hamas a good contender for enemy number-one. Or perhaps the country that inspires and backs the various terror groups bent on Israel’s obliteration—Iran. Certainly, Israel has no shortage of enemies in the Middle East that challenge its security.

For that matter, Israel has no shortage of enemies around the world. Witness how Israel is treated in the United Nations to see the type of opposition it contends with: The Commission on Human Rights routinely adopts a hugely disproportionate number of resolutions against Israel (26 percent of the total); Israel is the target of more investigative committees and such than any other country in the UN; the Security Council routinely condemns Israel while not once adopting a resolution critical of Palestinian attacks on Israel.

In all this, one country has stood by Israel more than any other—at least, has purported to stand by Israel. Whether it be by vetoing UN resolutions or supplying military and economic aid, Israel’s most reliable ally in recent decades has been the United States.

So let us consider again, just who might Israelis, at this time of increased danger for their nation, see as the obstacle to Israel’s progress?

An article appearing in the International Herald Tribune April 4 by Israeli Daniel Levy (originally printed in Israel’s Haaretz) purports that it is America’s pro-Israel stance that is preventing Israel from going forward—from implementing Kadima’s objective of handing over Israeli territory to Hamas control. Yes—the very country that has continually stood up for Israel, Levy considers, in effect, the enemy!

Daniel Levy was the lead Israeli drafter of the Geneva Accord launched in 2003, a peace initiative that would, if implemented, give most of the West Bank and Gaza Strip and part of Jerusalem to the Palestinians. Prior to that, Levy served as a senior policy adviser to Labor Prime Minister Ehud Barak’s government (1999-2001), during which time Israel both withdrew from Lebanon and offered the Palestinians strategically vital chunks of Israel at the failed Camp David 2000 Summit.

Levy, it seems, has not learned that this approach is a failure. The only difference between past failed peace plans and the approach Levy endorses today is, perhaps, that Yasser Arafat was a little more transparent (although, shockingly, still able to deceive the Israeli government as to his motives): He blatantly refused the Camp David parcel of concessions—because it wasn’t enough. Hamas, on the other hand, is likely to take what is given to it (witness Gaza)—claiming it as a victory for terrorism—and then press on with its goal, namely, to get rid of the Jews.

In fact, it seems the Israeli people as a whole have not learned that the Camp David-giveaway approach does not work. Unless you consider giving away control of land unilaterally—without a peace agreement—a superior idea to attempting to hold the other side to a commitment to peace.

In fact, the populace that jeered Barak for his efforts to give up Israel in 2000, and shortly thereafter voted him out of office, has now voted into power a party predicated on the policy of retreat—concessions without demanding anything in return.

In any case, there is good reason to believe—not the least of which is Kadima’s success in the recent elections based upon a policy of withdrawal from the West Bank—that Levy’s thinking reflects that of at least a slim majority of Israelis. Various polls suggest that well over half of Israelis are even open to giving up parts of Jerusalem.

So, it seems, Israel is a little confused as to who the enemy is.

Consider the statement of Prime Minister Olmert in February—after Hamas’s takeover of Palestinian politics: “Hamas is not a strategic threat” (abc News, February 22). “We’re not afraid of the Hamas in any way. They do not threaten our existence,” Olmert asserted. Other senior Israeli politicians have made similar statements. Since his election, Olmert has even vocalized his supposed desire to help Hamas fulfill its dreams.

Meanwhile, Levy is articulating what appears to be a general feeling in Israel that it is America’s support of Israel that is impeding its progress toward peace. “In short,” Levy stated in his article, “if Israel is indeed entering a new era of national sanity and de-occupation, then the role of the pro-Israel lobby in U.S.-Israel relations will have to be rethought, and either reformed from within or challenged from without” (emphasis ours throughout).

Levy was commenting on a recent Harvard study that contends that America’s (and Israel’s) interests are ill-served by the pro-Israel lobby in the U.S. This study puts forward the case that America comes to Israel’s defense not because Israel is a vital strategic asset or has a uniquely compelling moral case, but mainly because of the influence of the pro-Israel lobby in Washington.

In response to this Harvard paper, Levy puts forward the need for open debate on the Israeli-Palestinian conflict. The premise for such debate, he more or less says, is that Israel’s friendship with the “neo-conservative,” “Christian evangelical right”—those in America who support Israel’s “extremists” who simply want to defend their homeland—is hurting Israel. The alliance of pro-Israel Americans with the Israelis who don’t want to retreat, he says, is “sickening irresponsibility.” According to Levy, Israel would do well to distance itself from those who suggest that Israel’s problems—specifically Prime Minister Ariel Sharon’s demise—could have something to do with “punishment from God.”

Levy also submits that America’s war on terrorism has hurt Israel and criticizes those who monitor anti-Semitism in the U.S. Finally, Levy states that the pro-Israel bloc in America “denies Israel something many other countries benefit from—the excuse of external encouragement to do things that are politically tricky but nationally necessary.” In other words, he says, Israel needs more international pressure to push through policies—namely the giving away of Israeli land—that are difficult to implement through democratic means! If the people won’t support these nationally necessary concessions, the reasoning seems to go, then we just need to rally some outside support.

The Trumpet has written previously about signs of strain in U.S-Israeli relations. America’s friendship with Israel makes the U.S. an enemy of Arabs in the Middle East. Because of this, we have posed the question: Is it possible that Americans will begin to think, Why are we making ourselves such a target over that little country?

Now, it seems, Israel doesn’t even want that friendship. As voiced by Daniel Levy, Israel’s ruling class seems to believe America’s support actually hurts Israel—by hindering it from executing its policy of unilateral withdrawal. “The signs that Israel and the pro-Israel lobby are not on the same page are mounting,” said Levy. “For Israel, the withdrawal from Gaza and future evacuations in the West Bank are acts of strategic national importance,” he said. So—it follows—those who oppose Israel’s retreat from strategic, hard-won territory are against Israel. “For Israel,” Levy goes on, “the election of Hamas raises complex and difficult challenges”—which, his logic seemingly goes, cannot be dealt with adequately from a pro-Israel stance.

In Levy’s view, Kadima’s goal cannot be achieved if the U.S. supports conservative Israelis who want to hold on to and protect their homeland.

On the other hand, Israel is a tiny country surrounded by enemies. Perhaps the biggest weapon in its arsenal currently keeping those enemies at bay is its alliance with America. Does Israel realize what it is doing, rebuffing the one nation—it appears—that is deterring its enemies? What happens if that alliance deteriorates?

In Zechariah 11:14 is a prophecy that God would “break the brotherhood between Judah and Israel.” This may well refer to a future rift between America (biblical Israel) and the Jewish state (Judah). If America turned its back on the Jews, it would leave little Israel isolated and vulnerable. This would, in turn, set the scene for a further biblical prophecy to be fulfilled: one that sees Israel seeking help from Germany—biblically, Assyria (Hosea 5:13). Why Germany? Why not America? Evidently, by this time the U.S. is no longer willing, or able, to come to Israel’s aid.

This is where the current thinking in Israel is heading: to the point where the Jews will go to their former enemy, the Germans, for help, instead of their “brother,” America. The mentality of being more wary of friends than enemies will prove to be the Jews’ undoing.

Furthermore, the mindset that heaps ridicule upon those who would suggest that God has something to do with the fate of Israel will be severely corrected by that same God. He will prove to the Jews—and to all the world—that He does have power over the affairs of men: “that the most High ruleth in the kingdom of men, and giveth it to whomsoever he will” (Daniel 4:17).

Request our booklet Jerusalem in Prophecy to better understand the future of Israel.