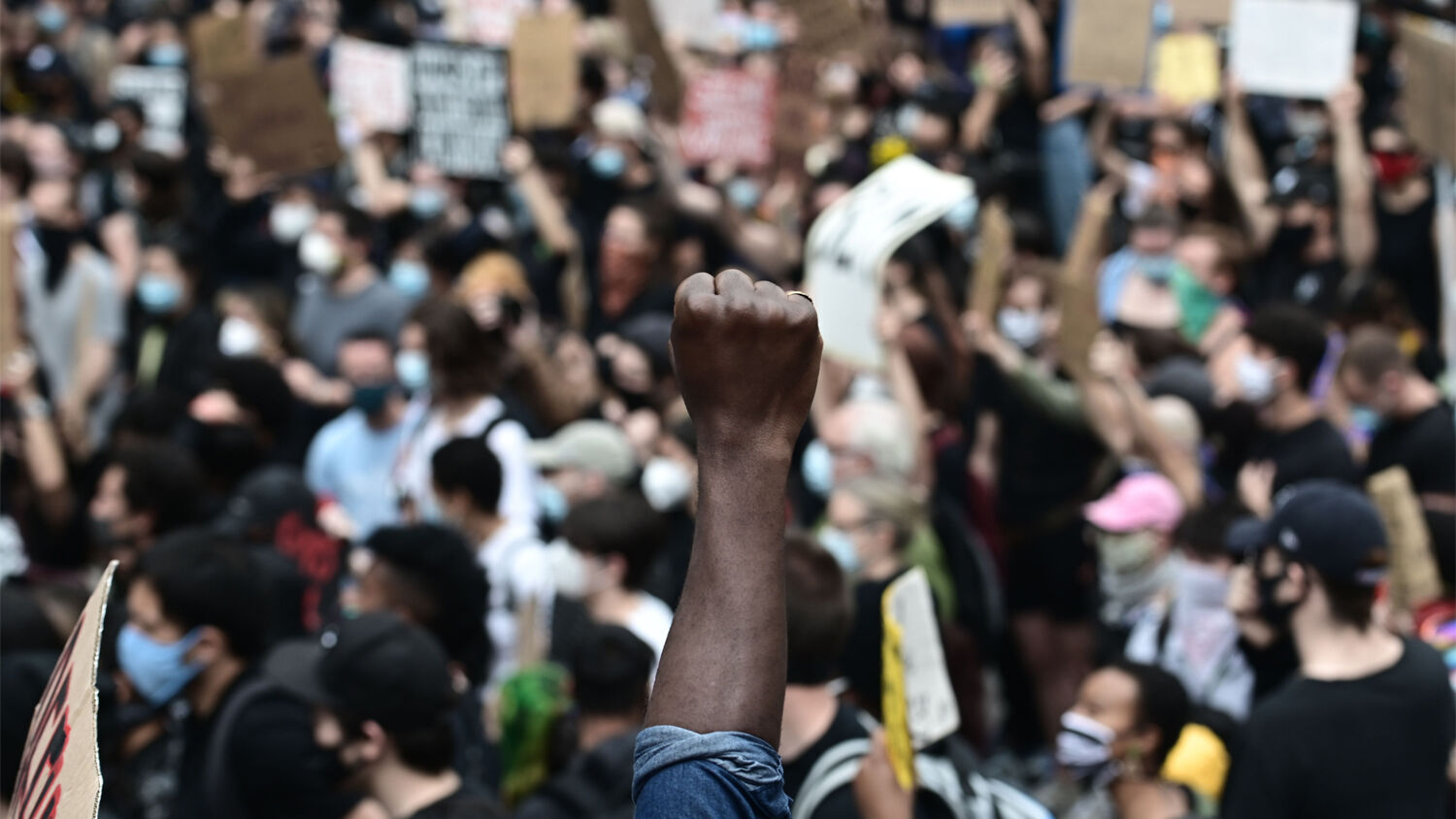 These movements have deep roots in America, and they are seeking to destroy the nation.

The Black Lives Matter (blm) movement and Antifa have never been more powerful. Around the world, politicians, celebrities, businessmen and crowds are pledging allegiance to blm. But what are these movements and what do they really represent?

Black Lives Matter sounds good; very few, if any, believe that black lives don’t matter. But this group is about a lot more than anti-racism.

The group was founded in 2013 after the acquittal of George Zimmerman over the killing of Trayvon Martin. Each time a black person dies at the hands of a white man or a police officer, specifically, the blm movement grows stronger.

blm was founded by three black lesbians—Alicia Garza, Patrisse Cullors and Opal Tometi. As Medium wrote, the movement, with roots all the way back to the mid-20th century, is “unapologetically feminist, womanist and queer.”

Alicia Garza has said that she is influenced by Assata Shakur, an African-American activist of the Black Panther party and the Black Liberation Army. Shakur sought asylum in Communist Cuba after killing a New Jersey state trooper and is on the Federal Bureau of Investigation’s most wanted list.

The group is about much more than “freedom and justice for black people,” as its own website brings out. Here are a few objectives from its website:

But the words of its leaders are even more telling (emphasis added throughout):

Furthermore, Blake Simons, a blm activist, summed up the movement’s real agenda in a Nov. 4, 2015, article:

Our Black Lives Matter protests have stormed the country, yet cops continue to kill us daily, and the judicial system continues to justify our deaths with acquittals, non-indictments and light sentences—all in the name of upholding the Constitution. … I have come to realize that the Constitution is the root of virtually all our problems in America. … In order to understand the injustices against black folks in the United States, we must look back to its foundation. … The U.S. is a country that was founded on slavery, genocide, rape and white male patriarchy. The colonizers that we condemn for enslaving Afrikans [sic] and murdering indigenous peoples are the same people that produced and upheld the document we use to govern our nation to this day. Our bloodshed is rooted in this nation’s founding document, the Constitution. A body cannot be separated from its head and remain living. The Constitution and all the evil that it allows to be perpetuated are the head of White America, or more so corrupt America. Racist America. If you separate the head, the racism will die. … A constitution written by only white men will never serve the interests of black people. The Constitution was written for the ruling class of white men, which constructed whiteness to be more valuable than any other race. When we discuss institutional racism, it is essential that we realize the Constitution created it.

Clearly, Black Lives Matter is not about protecting or enhancing black lives. It is an attempt to tear down the United States of America and its founding documents.

Meanwhile, another force is also at work among the protesters: Antifa. The group is responsible for pre-planning violent clashes, including raising bail money before protests began and sending in medics in anticipation of violent clashes.

Antifa stands for “anti-fascism.” While this sounds good—most people would agree that they are against fascism—it does not tell the whole story.

To learn about the origins of Antifa, dating back to the same period as the rise of the Nazi movement in Germany, watch our video “What You Need to Know About Antifa.”

As the video points out, Antifa seeks to destroy four main pillars of American society—the same pillars that blm is attacking: capitalism, the police, the government, the U.S. Constitution.

Antifa has been described as having a combination of anarchist and Communist views. With no formal leadership or hierarchy, the group commonly combines the red flag of the Russian Revolution and the black flag of the anarchists to represent its group.

In Antifa: The Anti-Fascist Handbook, Mark Bray calls for “militant anti-fascism” to replace “the austerity and incompetence of the governing parties of the right and left.” He admits its roots in “communism, anarchism, socialism and anti-racism.” It is a movement founded on destroying capitalism.

As the Anti-Defamation League (adl) points out, “The current political climate increases the chances of violent confrontations at protests and rallies. Antifa have expanded their definition of fascist/fascism to include not just white supremacists and other extremists, but also many conservatives and supporters of President Trump.”

Another major area where the name Antifa comes up is the emerging autonomous zones in the U.S. Take for example Seattle’s Capitol Hill Autonomous Zone, or chaz. The area was set up by Antifa members, as well as others, after the East Precinct Police Department surrendered. The group seized the region because the police department and democratic lawmakers allowed them to take it. When law enforcement and officials move out, it leaves a power vacuum that blm and Antifa members are quick to take hold of. As Fox News’s Sara Carter wrote, “This is what happens when you don’t have law and order.”

Antifa is a dangerous and violent group. When its members turn up at protests, it often turns ugly. And you can be sure they are militarizing chaz too. Seattle Antifa tweeted last week, “We need more people with guns at the chaz.” Antifa members with guns are patrolling the zone. Sources report that as the Antifa mob took over, police officers were nowhere to be seen.

Both blm and Antifa are rooted in similar ideologies aimed at taking down America. At the root of both of these parties is communism, which has infiltrated America at the highest levels, primarily seen in the left-wing Democratic Party.

With these developments, Herbert W. Armstrong’s forecasts during much of the 20th century take on new meaning. In 1944, he wrote, “From official Communist literature anyone can learn, if he wishes to know the truth, that communism is a plan, in action, for the violent overthrow of capitalism and the capitalistic governments. And capitalism means democracy, since it is the democracies who control more than two thirds of the world’s capital.”

What we fail to grasp, in the struggle with Russia, is this: We are not fighting a single nation in a military war, but a gigantic worldwide, plain-clothes army, masquerading as a political party, seeking to conquer the world with an entirely new kind of warfare. … It’s a kind of warfare we don’t understand, or know how to cope with. It uses every diabolical means to weaken us from within, sapping our strength, perverting our morals, sabotaging our educational system, wrecking our social structure, destroying our spiritual and religious life, weakening our industrial and economic power, demoralizing our armed forces, and finally, after such infiltration, overthrowing our government by force and violence! All this, cleverly disguised as a harmless political party! Communism is worldwide psychological warfare!

This is exactly what we are seeing today. Black Lives Matter and Antifa are, in all actuality, political movements. And there is one very powerful political party, as Mr. Armstrong said there would be, allowing and even pushing for these Communist agendas—the Democratic Party.

These ideologies are bringing to pass prophecies such as those found in Isaiah 1:7: “Your country is desolate, your cities are burned with fire: your land, strangers devour it in your presence, and it is desolate, as overthrown by strangers.”

Antifa and Black Lives Matter will not bring about a better world; they are only hastening the destruction of America. And you can see it in their ideologies and in the war zones they are leaving in their wake.

What is happening in America today is a planned attack by Communists. To learn how purposeful this attack has been at so many levels, read “The Communist Infiltration of America Was Prophesied.”