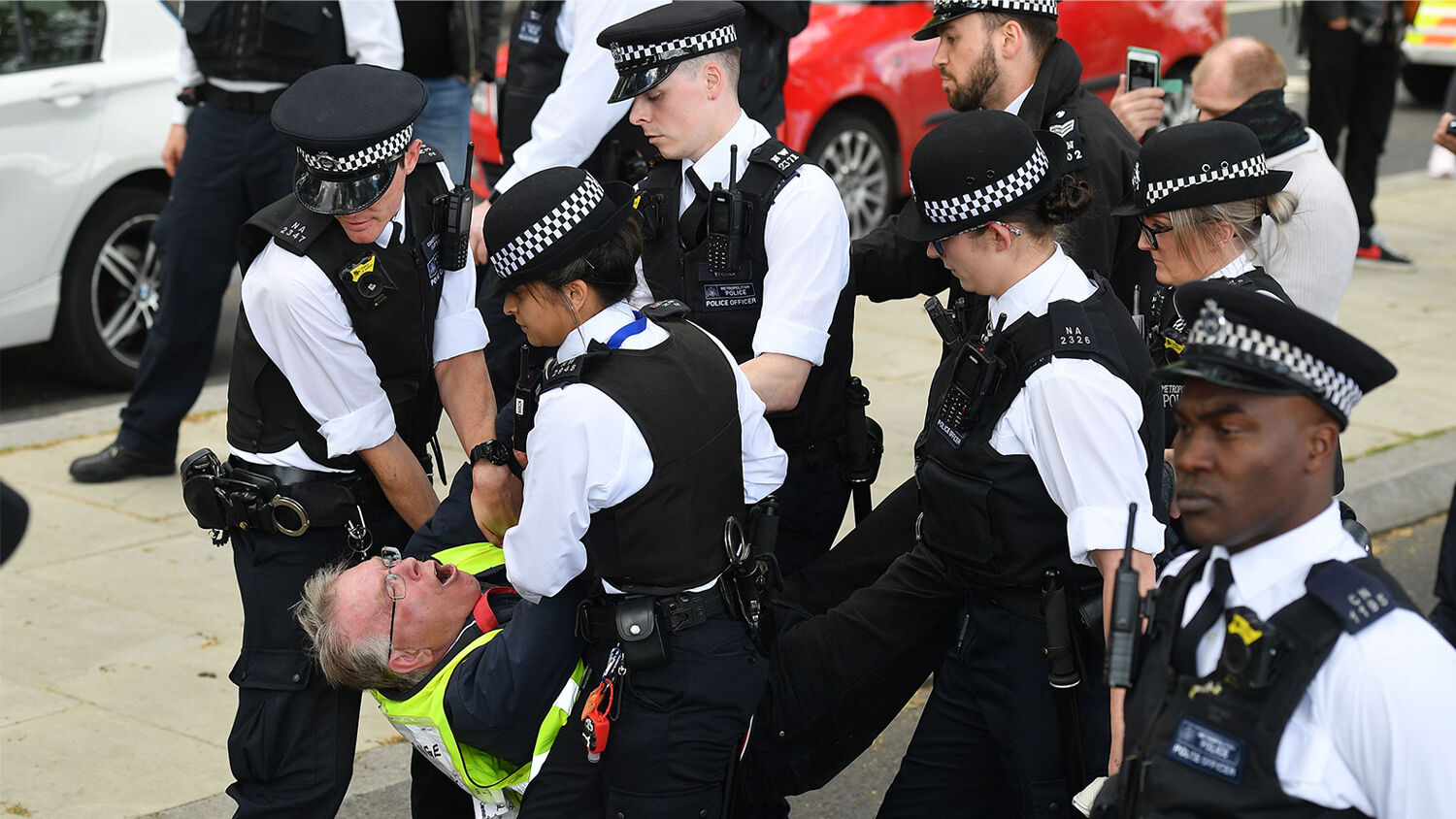 I’m writing to you from what is almost a fascist state. The government dominates the economy. Public gatherings are banned. The entire country is under house arrest. Even Russians and Cubans can visit the park if they want. But not here—in the United Kingdom.

And it all happened quite quickly. It’s a lesson in how fragile our freedom is.

I never thought Britain would respond this way. Maybe Africa, Asia and even Europe, but not the nation of common law, common rights, the Petition of Right, the Magna Carta, habeas corpus, the Bill of Rights and Parliament. But suddenly we were under house arrest—saved from being a police state only by a shortage of police.

On March 23, the government nullified the “common right” of the Englishman—who previously thought, erroneously, that his government’s power was restricted by law.

“From this evening, I must give the British people a very simple instruction: You must stay at home,” declared Prime Minister Boris Johnson on March 23. Must? What compelled the conservative prime minister is not British law. Nothing in British legal history says a British subject needs his government’s permission to leave his own house. I thought I lived in a country where a government’s power was restricted by law.

One of the saddest parts of Britain’s situation is how little people care. Polls indicate that 93 percent strongly or somewhat supported the new rules and only 4 percent oppose them.

But look at what we get excited about. Thousands will try to shut down London to protest climate change, but not the end of our freedom.

Our ancestors endured great hardship and even death for these freedoms. We are giving them up for something that has killed slightly more people than an especially bad flu season.

The oppression is being rationalized the same way oppression is always rationalized: Yes, we’re taking away your freedom, but we’re doing it for an important reason! I’m sure the restrictions will be eased and we will feel “free” again. But now the world knows how easily we will give them up.

So many in the media and in politics want to empower the government’s control over people by casting off legal and constitutional restraints. That was their agenda before coronavirus, and that’s what it will be after coronavirus. Already some are calling for the government to exert similar power in climate change and other areas.

Trumpet editor in chief Gerald Flurry has repeatedly warned that America is abandoning the rule of law and its Constitution. Too many leaders want to cast aside “the foundational law of the land,” he writes in America Under Attack, “and telling us, Look—that is just getting in the way. We don’t need that old law. We know what justice is. You can trust us!”

This is exactly what we saw in Britain on March 23. Mr. Flurry continues, “That reasoning paves the way for tyrants!”

Mr. Flurry writes that too many respond to warnings of tyranny by saying, Oh, please! You know that could never happen!

“But government tyranny is routine in human history ….”

I’ve read that. I’ve agreed with it. But now I realize that I still took freedom for granted. The idea that tyranny could actually happen in Britain wasn’t real to me.

“[O]ur people have kind of settled into an unreality about what is really happening around us. They don’t understand how deadly dangerous it is!” (ibid).

I now realize I had settled into that same kind of “unreality.”

“Are you willing to face reality? Most people are not. A haze of deception enshrouds our world. It’s absolutely stunning how easily the people in this land today are duped.”

Freedom is fragile. And it is under attack.

Perhaps, like me, the idea of freedom being taken away wasn’t real to you. But this threat is real, and one you must understand.

Our free booklet America Under Attack exposes the fight for your freedom. It was written while Barack Obama was America’s president, and it focuses on America. But the reality it talks about is still true, and it’s true in Britain and just about anywhere else.

Understanding this war won’t just help you understand what’s going on in the world, it will also give you a true source of hope.

It is easy to get distressed, frustrated and angry about this attack on freedom. I’ve certainly experienced my share of all those emotions the last few months. But understanding the reality behind this attack also contains a sure hope—individually and for our nations. So if you want to remain sane while the world around you goes crazy, please read America Under Attack. It’s the only thing stopping me from going mad.