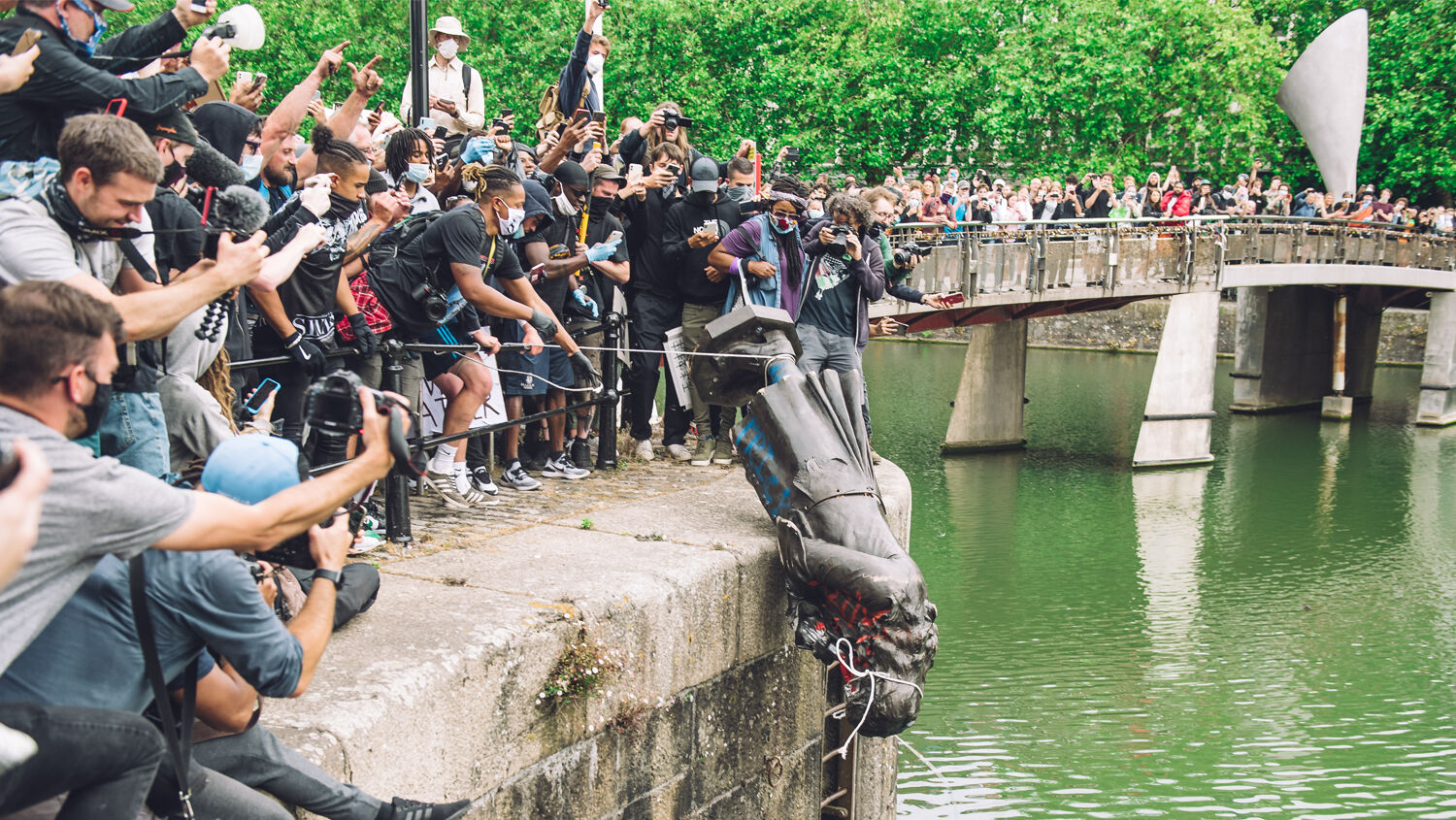 The statue of Colston is pushed into the river Avon in Bristol, England, on June 7, 2020.
Getty Images

The statues of two of Britain’s most honored historical figures—Sir Winston Churchill and Edward Colston—were desecrated when protesters vandalized one and dumped the other into Bristol Harbor.

Five years ago, the Trumpet warned about this vicious attack on law enforcement and told you where it was leading.

The left-wing media are losing any credibility they had left. First, they told us to stay inside and socially distance ourselves lest we kill someone. Now, we are encouraged to assemble together, closely, and protest for justice.