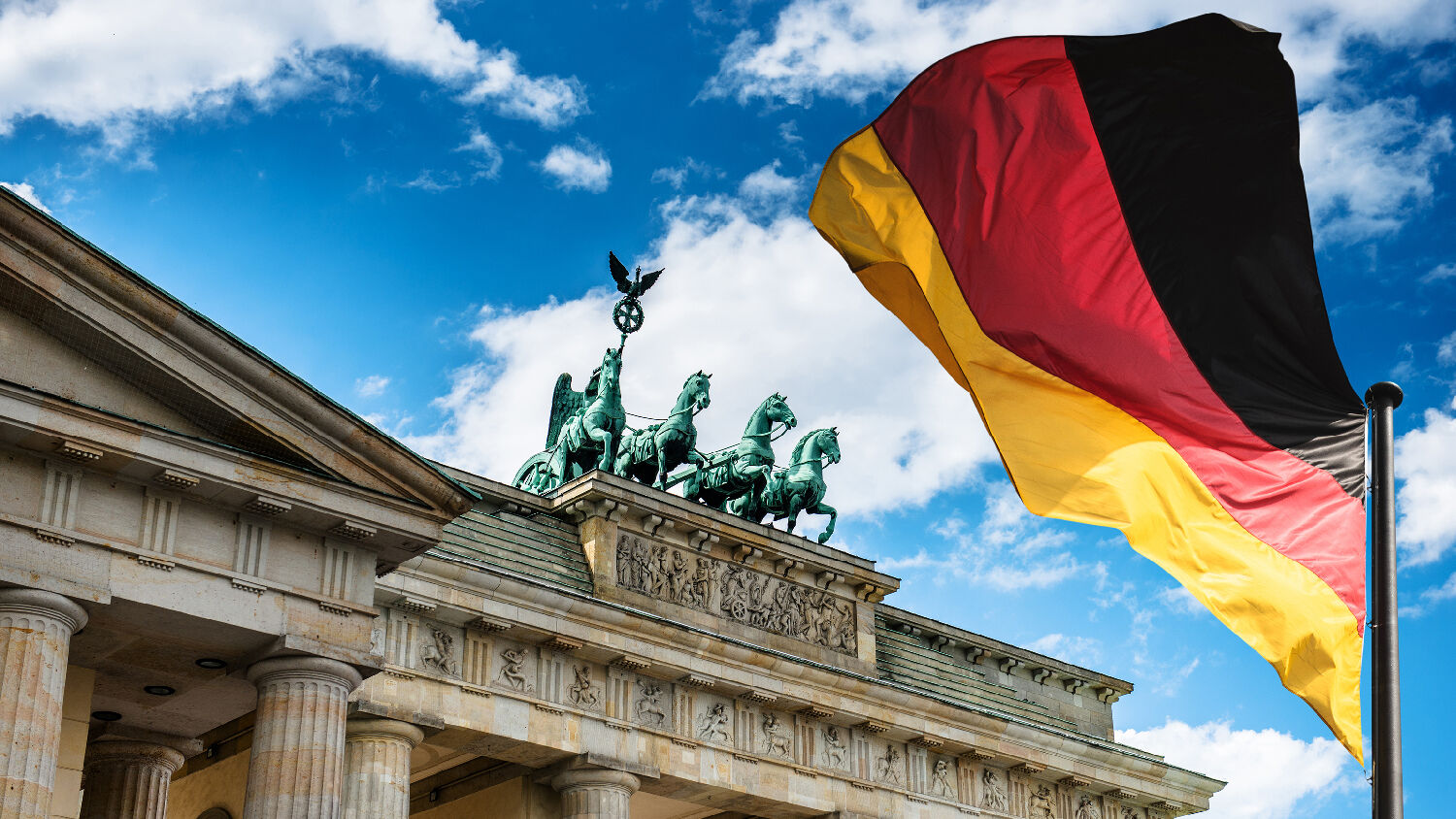 Coronavirus, and governments’ response to it, has caused economic carnage across the world. But Germany prepared for the storm ahead of time and is coping much better than most. It’s using that advantage to cement its dominance of Europe.

To get a picture of how indebted a country is, it’s useful to compare the size of its debt to the size of its economy, or gross domestic product. At the end of last year, America’s debt-to-gdp ratio was 107 percent. That means if the entire economic output of the United States were devoted to paying off its debt, it would take a little over a year to pay it off.

Much of Europe is in a similar position. Here are the figures for a few countries:

These figures were from the end of last year, before the coronavirus hit. Anything above 90 percent is generally considered “the danger zone”—where high debt starts slowing down the economy.

Among the major economies, one country stands out for its prudent financial policy: Germany. Its debt-to-gdp ratio is 60 percent—less than half of Italy’s. Instead of borrowing money to make ends meet, it has consistently been paying back its debt.

The result: Germany is in a strong position. Across Europe, businesses are failing. Germany can afford to bail out its firms, while other countries cannot. As companies go bust around the world, German businesses stand ready to snap up assets at bargain basement prices.

“No country in Europe is in a better position than Germany when it comes to funding domestic economic recovery,” wrote Tobias Kaiser at Die Welt. “But in Brussels, Rome and Madrid, politicians see that as a potential problem: They’re worried that less economically stable countries might be left behind by the coronavirus pandemic, and that Germany and other countries with strong economies will widen the gap between themselves and the rest of the EU.”

Countries like Poland and the Netherlands also have low levels of debt, and also seem set to weather the storm well. But Germany’s economy is by far the largest in Europe—making it the big worry.

Typically Germany’s high level of state aid would be against EU law. But it’s a law Germany has never been keen on. The country has been censured 67 times for breaking EU state-aid law; by comparison, the UK has only been censured four times. Since the coronavirus crisis, those rules have been relaxed.

You can’t blame Germany for using good economic times to prepare for the bad. But many have pointed out that while Germany is a stickler for other countries to keep Europe’s economic rules, when it suits Germany, the state aid rules are quickly thrown out the window. The Telegraph’s Ambrose Evans-Pritchard described how Germany’s massive bailouts mean that its companies “will be able to pick through the corporate ruins of the south, acquire productive plant on the cheap, and entrench northern dominance of the emu [Economic Monetary Union] system. It repeats the austerity episode. Who bought up Greece’s airports when the Troika forced Athens to sell off state assets for a pittance? Just guess.”

At the same paper, Jeremy Warner contrasted Germany’s loose approach to state-aid rules to the way that its judges have blocked the European Central Bank from offering significant help to more indebted countries. “As it is, and with treaties on state aid suspended, Germany has been throwing money at its economy on an almost unimaginable scale,” he wrote. “Its judges seem to want to starve others of the ability to do the same. Far from being a benign economic hegemon at the heart of Europe, Germany finds itself accused of returning to its bad old imperialist ways.”

The 2008 economic crisis clearly revealed that Germany was the leader of Europe. That crisis led to Greece and Cyprus becoming virtual German colonies.

Could the coronavirus fallout take Germany to an even higher level of power within the EU?

In August 1950, Herbert W. Armstrong predicted that “the world will be stunned, dumbfounded, to see Germany emerge suddenly in a power never equaled by Hitler—by a union of 10 nations in Europe, probably including some at present puppets of Russia—in a gigantic United States of Europe. … Soon the ‘United States of Europe’ will emerge, with Germany at its head” (Plain Truth).

Those “puppets of Russia” are now part of the EU. The “United States of Europe” is not quite here yet, but Germany is clearly the head.

Trumpet editor in chief Gerald Flurry writes in his booklet Germany’s Conquest of the Balkans, “It will not be long before Europe is reunited as the Holy Roman Empire. It will be led very assertively by Germany.”

That booklet was first published in 1999. It is full of statements that would have been controversial at the time, but are now all over your newspapers. “The historical plan of the European Union was to control a dangerous Germany. But it is clear that Germany is controlling the EU!” writes Mr. Flurry.

He writes that “it is now the politics of Germany that powerfully influence politics in all of Europe.” That may have seemed controversial at the time. It’s not now.

As the economic crisis got underway, he wrote: “However it happens, Germany is prophesied to come out on top in this financial crisis.” He warned that it would lead to a union “led ultimately not from Brussels, but from Berlin.”

Germany’s position in Europe keeps getting stronger and stronger. The coronavirus is accelerating the trends we’ve been warning of for decades.

Mr. Armstrong and Mr. Flurry based these forecasts on Bible prophecy. That may seem like an unusual way to analyze the news, but you cannot deny their accuracy. The Bible forecasts a power dominated by Germany and comprised of a union of 10 nations in Europe. This is the direction Europe is clearly heading.

You can learn more about where Europe is heading, and what the Bible says about it, in Mr. Flurry’s article in the May-June Trumpet issue “Coronavirus and the Holy Roman Empire.” And if you haven’t already, please become a subscriber to our free newsmagazine. This full-color magazine comes out 10 times a year, and is full of the information you need to understand your world. It is free of charge, you can cancel anytime, and we will never share your personal details. Subscribe here.