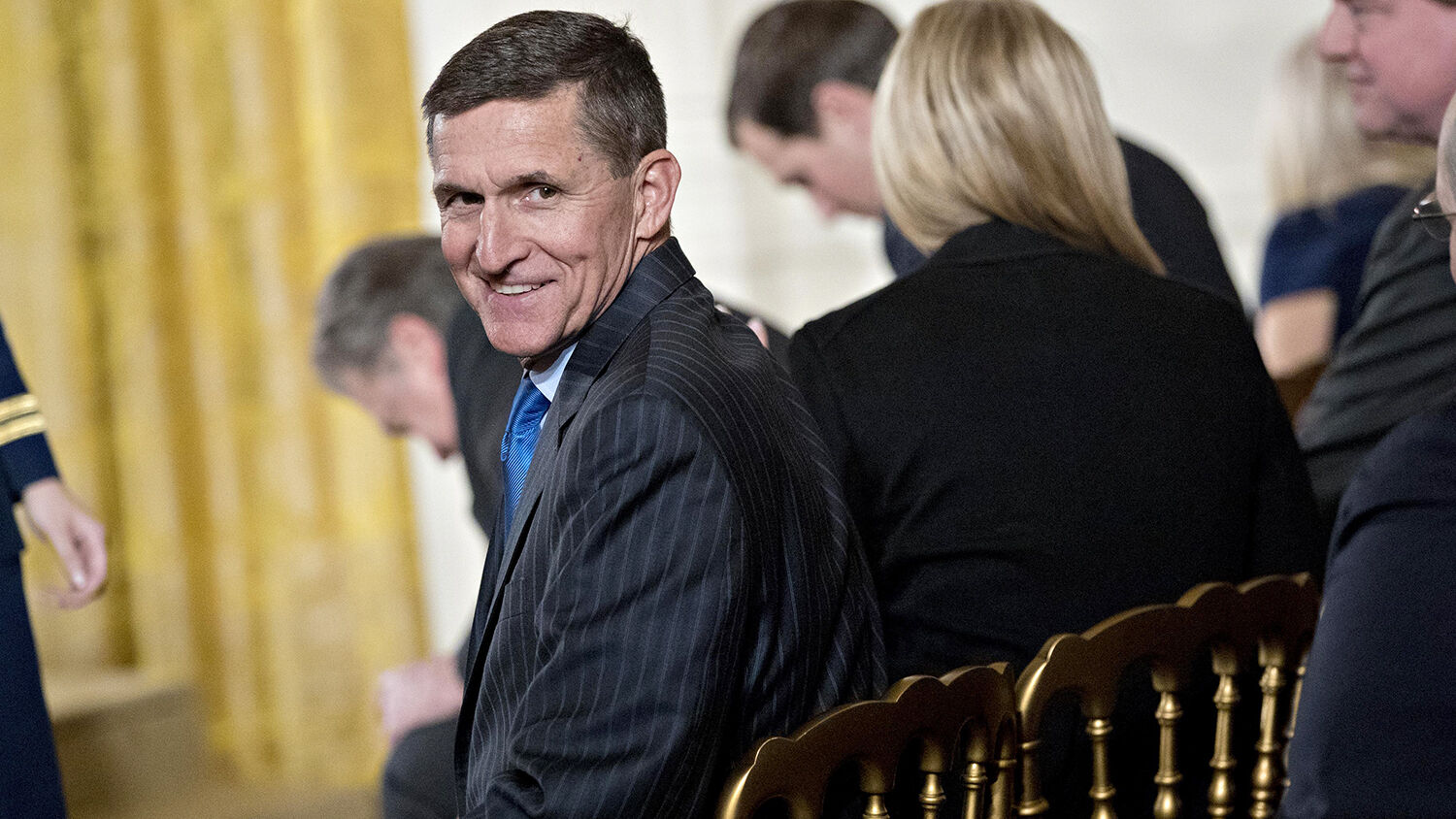 One man is exonerated while an entire past administration is incriminated.

The United States Department of Justice dropped its case against Lt. Gen. Michael Flynn (Ret.) on Thursday, May 7, following the release of court documents that revealed that the case against him was a setup. Flynn’s vindication, spearheaded by U.S. Attorney General William Barr, is another victory for President Donald Trump in his battle to take back control of the Justice Department.

In the court documents filed on May 7, Flynn’s prosecutors admitted that the Federal Bureau of Investigation’s interview of General Flynn was “unjustified” and was not “conducted with a legitimate investigative basis.” Attorney General Barr said the fbi’s investigation laid “a perjury trap for General Flynn.”

The “deep state’s” hatred for General Flynn goes back to when he served as former President Barack Obama’s director of the Defense Intelligence Agency from 2012 to 2014. He was forced out of the Obama administration over strong dissent about President Obama’s Islamic State strategy and the Iran nuclear deal, among other things.

After being ousted, Flynn became an outspoken critic of the Obama administration. In November 2015, Flynn called for an investigation into the Obama administration’s weak handling of the Islamic State that was contrary to intel-community warnings. In an interview with Fox News, Flynn called for the investigation “to start at the top,” to begin with Obama himself (emphasis added).

Tonight, Americans stand as one, with strength and confidence to overcome the last eight years of the Obama-Clinton failures, such as bumbling indecisiveness, willful ignorance and total incompetence. It has challenged the very heart and soul of every American and single-handedly brought continued mayhem, murder and destruction into our neighborhoods and onto the world’s streets.

After the Trump victory in November 2016, Flynn spoke with Russian Ambassador Sergey Kislyak over the phone on Dec. 22, 2016, requesting that Russia vote against or delay the pending UN resolutions concerning Israeli settlements, which the incoming administration—President Trump’s administration—would be against.

In January 2017, a “high-ranking” Obama official leaked Flynn’s transcript to David Ignatius at the Washington Post, which is a felony. As PJ Media reported later, the leak “remains the only serious crime to have emerged in the Russia investigation.”

With the deep state determined to take Flynn out for his actions and in a combined effort to take down President Trump, the fbi opened a criminal investigation on Flynn, an extension of its Russia probe against President Trump.

On Jan. 24, 2017, just two days after Flynn had been sworn in as national security advisor, fbi special agents Joe Pientka and Peter Strzok interviewed Flynn at the White House. The fbi agents made it out to be a casual discussion, but they were there to entrap him. They didn’t warn Flynn of what they were doing, as is normal protocol; they bypassed the Justice Department and White House protocols, early warning signals that this was “not a legitimate counterintelligence investigation,” as Barr told cbs News.

In 2018, then fbi Director James Comey bragged on msnbc that he just sent the two fbi agents into the White House, foregoing all the required approvals, saying that this was something he probably wouldn’t have “gotten away with” in a more organized administration. He admitted to taking advantage of the Trump transition.

During the January 2017 interview, Flynn was asked about the two conversations he had with Ambassador Kislyak in December 2016, when Flynn was still a private citizen and before Trump took office.

Because of the investigation against him, Flynn resigned on Feb. 13, 2017, acknowledging that he misled Vice President Mike Pence and others in the administration about his conversations with Kislyak. “I inadvertently briefed the vice president elect and others with incomplete information regarding my phone calls with the Russian ambassador,” Flynn said.

The deep state got what they wanted: Flynn was out. But they didn’t stop there. The Mueller probe went on to charge him with lying to fbi agents. While this was a setup to trap Flynn, the Justice Department inadvertently set a trap for itself, as recent weeks have proved.

Though Flynn’s lawyers at the time capitulated, under the direction of his new lawyer, Sidney Powell, Flynn retracted his guilty plea in January this year. And with the help of other legal appointments through Attorney General Barr, revealing court documents have been released.

On April 29, the handwritten notes from discussions between top fbi officials Bill Priestap, James Comey and Andrew McCabe about the January 2017 interview were released to the public.

“What is our goal?” one of the notes read. “Truth/Admission or to get him to lie, so we can prosecute him or get him fired?”

As Powell put it, the notes proved “Mr. Flynn’s allegations of having been deliberately set up and framed by corrupt agents.” On the same day the notes were released, Powell told Fox News’s Sean Hannity that there was “[a]buse of their authority at every turn … because they were determined to take [Flynn] out.”

Kimberley Strassel at the Wall Street Journal, in her article “The FBI’s Flynn Outrage,” documented the string of evidence of “law enforcement’s abuse of power.”

While the law allows for investigators to wiretap foreigners, there are strict protections for the privacy of American citizens—privacy protocols that the investigators ignored when they “unmasked” Flynn and the transcripts of his calls to the press.

After finding nothing unlawful to investigate from the calls, the interview that followed in January 2017 was an attempt to trap Flynn. The fbi already had the transcript of the call, so this was not what the interview was about. As Strassel wrote, “The only reason for an interview was to coax Mr. Flynn into saying something at odds with that transcript. They worked hard at it.”

When Special Counsel Robert Mueller got involved, Flynn “initially explained that he misremembered what he’d discussed with the Russian, a highly plausible claim. But Mr. Mueller’s lawyers pursued him to near penury and threatened to prosecute his son,” which led to the plea deal.

Strassel went on to explain why all of these revelations are so frightening:

The fbi exists to investigate crimes, not to create them. Some might add this shameful behavior to the long list of the fbi’s “collusion” malfeasance: the surveillance-court abuse, the Steele dossier, the leaks. But the Flynn case is something different. This isn’t the fbi playing fast and loose with sources or the courts. This is law enforcement abusing its most tyrannical power—to strip citizens of their reputations, their livelihoods and their liberty.

The fbi’s treatment of Mr. Flynn lives up to Americans’ worst fears.

Attorney General Barr is continuing to investigate the abuse of power at the highest levels and warned that there will be consequences for these actions once they have proved criminal behavior “beyond a reasonable doubt.”

Meanwhile, President Trump blasted the Obama administration about the revelations, saying: “[W]hat the Obama administration did is unprecedented. It’s never happened. … A thing like this has never happened before in the history of our country. I hope a lot of people are going to pay a big price because they’re dishonest, crooked people. They’re scum, and I say it a lot. … They’re human scum. This should never have happened in this country.”

President Trump has spent his entire presidency fighting these “dishonest, crooked people.” Slowly but surely, with the help of men like Attorney General Barr who fight to uphold the Constitution, he is achieving his stated goal: to drain the swamp.

Trumpet editor in chief Gerald Flurry forecast these very revelations in his article “Can President Trump Get Control of His Own Divided Government?” He wrote that with Barr involved, the deep state was now “being pursued by a man who reveres the law and loves the Constitution. I believe we are going to start to get an even clearer view of the rot that was there, and it will be significantly cleaned up!” The scandal-ridden Obama administration is slowly but surely being exposed, and President Trump is consistently coming out on top.

As Mr. Flurry pointed to in his article, this “rot” within America’s government is actually a sickness that plagues the entire nation. In Isaiah 1:4, God calls America a “sinful nation, a people laden with iniquity, a seed of evildoers, children that are corrupters: they have forsaken the Lord ….” In verse 5, He draws particular attention to the corruption in the government, saying that “the whole head is sick.”

We are getting a vivid picture of this description in Isaiah as the deep state is exposed. Mr. Flurry wrote that this sickness would never “have seen daylight had Mr. Trump not won the election. But God wanted it exposed ….” Not only will it be exposed, but as Mr. Flurry went on to say, “President Trump will actually gain more control of these government agencies that have been working to unseat him.”

Mr. Flurry explains that this verse implies that Trump will gain a strong religious backing, “king’s chapel.” He then explains the “king’s court”:

In Washington, D.C., is the Supreme Court building, where judges are to interpret the law. In the same area are buildings for the cia, the fbi, the Justice Department, the State Department, the Pentagon and others. … It is logical this prophecy is talking about these government structures, or agencies. After all, if Jeroboam is going to be used to save Israel, he would need the law on his side. He wouldn’t be able to use the government like he needed to without the legal structure behind him. He needs that power. The leader of end-time Israel in Amos 7 has a lot of power, but he has had to fight to get that power and hold it.

It is through these prophecies, and others, that Mr. Flurry is able to foresee the direction America is heading under President Trump. To understand these prophecies more thoroughly, and where this temporary resurgence is heading, please read Mr. Flurry’s article “Saving America From the Radical Left—Temporarily.”