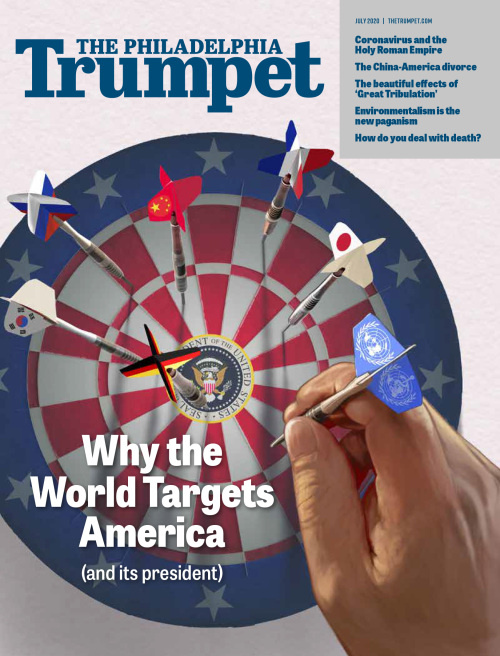 Total household debt in the United States increased by $155 billion in the first quarter of 2020, according to a new report from the Federal Reserve Bank of New York. That means U.S. consumer debt stands at $14.3 trillion, $1.6 trillion higher than the pre-recession peak of $12.68 trillion in the third quarter of 2008.

And this figure may be an underestimate. The report, which was published on May 5, noted, “The data do not fully reflect the potential effects of COVID-19 that materialized in the second half of March 2020.”

About $890 billion of this consumer debt is credit card debt—over $7,500 per household. And credit card debt is likely to rise further due to layoffs resulting from COVID-19 quarantine measures.

The main debt-based economic theory teaches that people should borrow when times are bad and save when times are good. But this is not what Americans have done. They borrowed their way out of the 2008 financial crisis, and they have kept borrowing every year since. The average American household is more than $119,000 in debt. Assets like houses and cars secure much of this debt, but almost 20 percent of it is unsecured.

And over 32 percent of Americans have no savings to use when their income drops.

The Bible says a wise person saves during times of plenty so he has an emergency fund when he needs it. “Go to the ant, thou sluggard; consider her ways, and be wise: Which having no guide, overseer, or ruler, Provideth her meat in the summer, and gathereth her food in the harvest” (Proverbs 6:6-8). Summer is ending for America, and the nation has not saved for the hard times.

Collateral damage from war on COVID-19

A OnePoll survey published on April 14 interviewed 2,000 American residents in lockdown and estimated that the average person streams eight hours of movies per day. Fifty percent of those surveyed admitted to watching a complete television series in 48 hours or less. Children are also watching more television and movies, said 65 percent of parents surveyed. The poll found that the average American subscribes to four streaming services, and 38 percent are “usually logged into five or more at any given time.”

Pornography viewing is also increasing. The biggest seller of Internet pornography has offered more free access during the lockdown, and its web traffic has increased significantly.

Drug and alcohol consumption also rose. Marijuana purchases reached an estimated all-time high in March as people stocked up in panic before the lockdown closures. Some areas deemed liquor stores “essential businesses” and allowed them to remain open. Places where liquor stores were closed reported an increase in alcohol purchases from supermarkets.

The Covid-19 scare is quantifying some aspects of our moral decline. This decline was prophesied in the Bible thousands of years ago.

2 Timothy 3:1 warns of “perilous times” in the “last days.” These days we are now living in. “For men shall be lovers of their own selves, covetous, boasters, proud, blasphemers, disobedient to parents, unthankful, unholy, Without natural affection, trucebreakers, false accusers, incontinent, fierce, despisers of those that are good, Traitors, heady, highminded, lovers of pleasures more than lovers of God; Having a form of godliness, but denying the power thereof: from such turn away” (verses 2-5).

In 2017, traditional marriages in Britain hit an all-time low. This was revealed by an April 14, 2020, report from the Office of National Statistics, and it highlights a trend that has radically changed British society.

In total, 235,910 heterosexual marriages were registered in England and Wales during 2017. Compared to 1972, the number of marriages has fallen by 45 percent. This continues a trend that began in the 1960s and ’70s.

On average, marriage rates for younger people are falling. Those married before age 30 are now in the minority. The average age of marriage has gone up by 11 years since 1970. More people are waiting to marry, and many more people are simply living together without getting married. In 2017, 88 percent of couples cohabited before marrying.

Marriage is not just a tradition. It was established by God, and it prepares human beings for their incredible potential, in this life and beyond. To learn more, request your free copy of Why Marriage—Soon Obsolete? by Herbert W. Armstrong.