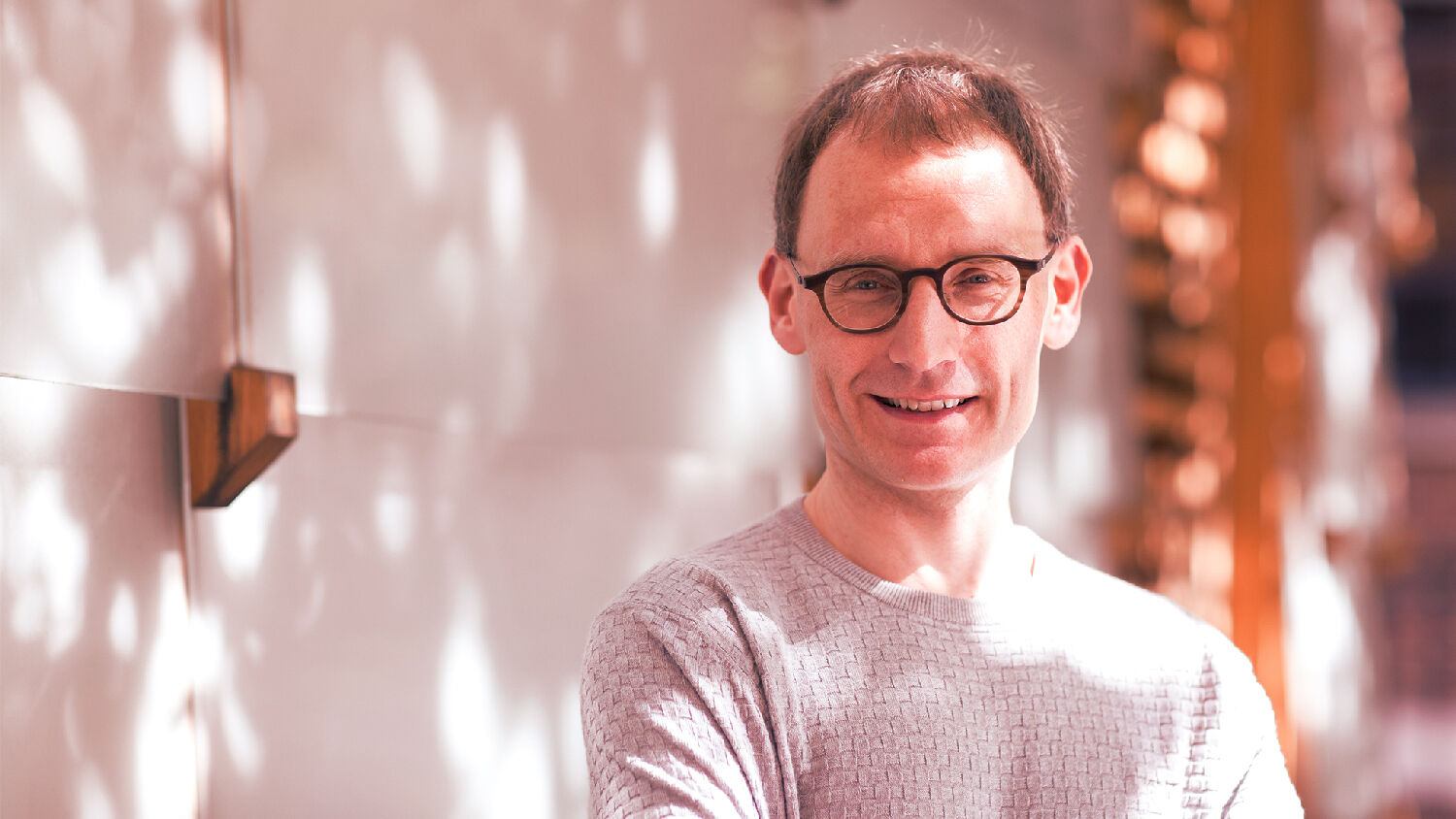 Neil Ferguson, the distinguished Imperial College professor and the United Kingdom government’s leading scientific adviser, resigned last night after it was revealed he had been violating the lockdown rules—rules he created and pushed with Goebbels-like fervor on 66 million British.

Acting largely on Ferguson’s advice, Britain has been in lockdown since March 23. Couples and families not already dwelling together have not been allowed to meet. Children have been separated from grandparents. Thousands of key workers haven’t seen their families in weeks. Many couples, some married for decades, have been separated, some even dying alone.

Over the last six weeks we’ve seen police drone-stalking hikers in the wilderness, then publicly shaming them on Twitter; chastising people for playing in their front yard; fining people for straying too far from home; and telling people to refrain from playing music too loud, as it might draw a crowd. The nation has been told daily and in no uncertain terms that if we break these rules, we will kill people. A country that once lived by the motto “God, king and country” today lives by “stay home, protect the nhs, save lives.”

Now we learn that Ferguson, a venerated professor treated like a demigod the last two months, has been breaking his own rules and having an affair with a married woman. The Telegraph broke the story, explaining that Ferguson’s lover would leave her husband and children and travel “across London from her home in the south of the capital to spend time with the government scientist, nicknamed Professor Lockdown.”

There is much to say about the rank hypocrisy and colossal betrayal of trust here. Perhaps the most important man in Britain the last two months has been exposed as a giant quack. “I originally had Neil Ferguson down as a kind of Henry Kissinger figure,” Toby Young wrote in the Spectator, but as it turns out, he’s “Austin Powers in a lab coat.” But there’s a lot more to this story than the epic hypocrisy of Neil Ferguson.

For two months now, this man hovered like Zeus, supreme and infallible, over Britain. His models and recommendations have dictated government policy. Everyone from Boris Johnson, the government and media to huge swathes of the British public revered him. Now he’s gone—taken out by an extramarital affair.

Surely it says something about Britain that a minor sex scandal has achieved what two decades of flawed science was unable to do: expose Neil Ferguson as a liar and hypocrite.

Professor Ferguson has a long track record of mishandling data, engaging in dishonest debate, and using national health crises to push radical and damaging solutions. Some of the brightest scientists in the world have evaluated Ferguson’s science and models and found it deeply flawed.

In 2001, Ferguson’s models on bse (mad cow disease) influenced the government’s decision to cull more than 6 million cattle, sheep and pigs, costing the UK economy £10 billion (us$12.4 billion). Ferguson predicted that between 50 and 50,000 people would die from mad cow disease. Over the last 19 years, 177 people have died from mad cow disease.

In 2005, Ferguson warned that up to 200 million people could be killed from bird flu. In the end, 282 people died worldwide from the disease between 2003 and 2009. In 2009, Imperial College scientists, under Ferguson’s leadership, forecast that swine flu had a fatality rate of 0.3 percent to 1.5 percent. Using Ferguson’s models, the UK government estimated that in a worst-case scenario the disease would result in 65,000 deaths. As it happens, 457 people were killed by swine flu and it had a mortality rate of only 0.026 percent.

Over the past few weeks, Britain has erected massive temporary hospitals (costing taxpayers tens of millions) that were never used and are now being closed down. We were told that thousands of ventilators would be needed, so they were ordered. Turns out, they weren’t needed. These decisions (and more) were based largely on the science and models of Neil Ferguson, who was considered the “gold standard” of modeling.

This man has a 20-year legacy of botched science. Yet it took Ferguson getting caught in a minor sex scandal before Britain finally questioned his credibility!

Ferguson shouldn’t be the only one ashamed and embarrassed today. This entire nation, particularly the millions who listened to him—and especially the prime minister and his government and the mainstream media—should be ashamed. Ashamed that it took us so long to run this mad scientist from Downing Street. Ashamed that Ferguson’s integrity was only called into question because of a tabloid sex scandal. Ashamed that virtually an entire nation (with exceptions, obviously) could be so easily and thoroughly swindled.

Britain fancies itself as one of the most advanced and enlightened countries in the world. This is where the Industrial Revolution began. This is the land of Newton and Darwin, Shakespeare and Kipling, Gladstone and Churchill; the land of the Magna Carta and limited government; the land of the individual’s rights and Locke’s “life, liberty and property.” The British have a reputation for being sensible and logical, cautious and understated, for having a stiff upper lip during times of crisis.

Sadly, we haven’t seen a lot of sense, caution or logic over the last two months. There hasn’t been much concern about individual rights and freedoms, and not even a whiff of Churchillian leadership. Britain today isn’t the Britain you read about in the history books. This is partly why so many were so easily duped by Ferguson.

Britain today is a real-life example of Romans 1. Here, the Apostle Paul describes what happens when people become consumed by intellectual vanity. He describes the devastating impact the acquisition of material knowledge can have on the human mind if it doesn’t establish that knowledge on God’s truth, revealed through the Bible. He describes the outcome of mathematic, scientific and technological advancement, of philosophical insight, when it’s not built on God’s law.

“Professing themselves to be wise, they became fools,” verse 22 says.

What an apt description of Prof. Neil Ferguson, a supposedly brilliant mathematician. But it applies to Britain in general, from the highest political office in the land, right down to the rest of us. We have access to a colossal amount of knowledge; as a whole we are better educated, more enlightened and more sophisticated than any who came before us; we can create complicated computer models and all sorts of graphs and charts. We are extremely adept at compiling facts, knowledge and evidence.

But as we are seeing right now, we are even more adept at rejecting facts, discarding evidence and following our own unsubstantiated, often irrational ways. Thinking we are behaving wisely, that we are “following the science,” we behave like fools.

Verses 28-31 describe what happens when vast amounts of knowledge are not given meaning and direction by God’s law and truth. “And even as they did not like to retain God in their knowledge, God gave them over to a reprobate mind, to do those things which are not convenient; Being filled with all unrighteousness, fornication, wickedness, covetousness, maliciousness; full of envy, murder, debate, deceit, malignity; whisperers, Backbiters, haters of God, despiteful, proud, boasters, inventors of evil things, disobedient to parents, Without understanding, covenant breakers, without natural affection, implacable, unmerciful.” This is the state of Britain today, and the rest of the world too.

What a great paradox: We have never had access to as much knowledge as we do now, yet we have never been more ignorant and foolish!

The late Herbert W. Armstrong explored this paradox in Mystery of the Ages. If you haven’t read it yet, you should. There isn’t a better book on Earth outside the Bible to explain these surreal and disturbing times, and the brighter, cheerier days just ahead.