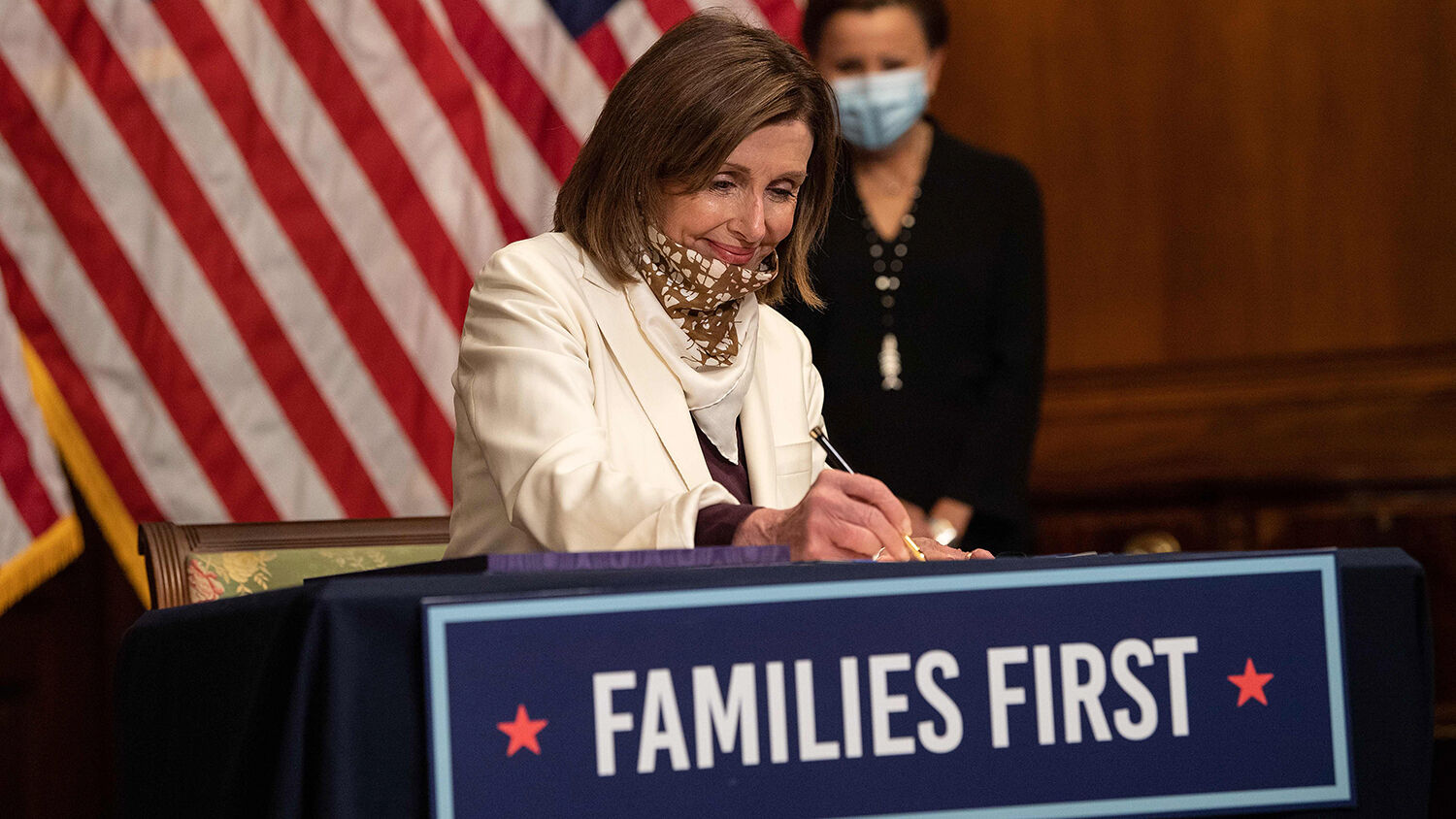 In a matter of weeks, the U.S. has passed trillions of dollars’ worth of stimulus packages—and more are on the way.

The United States passed its fourth stimulus package in less than two months, amounting to another $484 billion. The legislation, which passed on Thursday, April 23, brings U.S. coronavirus spending to $2.8 trillion.

This most recent package includes $320 billion for small business under the Paycheck Protection Program. Another $25 billion will support increased covid-19 testing across all states, and $75 billion will be provided to hospitals and health-care centers.

This rampant spending is a grave threat to the U.S. It is simply unsustainable. On his April 22 program, Trumpet Daily Radio Show host Stephen Flurry asked, “Where does it end? Answer: Nowhere. … It just keeps skyrocketing up.”

Democrats, led by Nancy Pelosi, are already formulating the next spending package, cares 2, which is intended to provide unemployment benefits, food stamps, medical protective equipment and testing. Analysts predict that this package could exceed $1 trillion.

President Donald Trump is right on board with more spending, as well. On Tuesday, April 21, before the latest spending package was passed, he was already looking ahead to the next relief package, tweeting, “After I sign this bill, we will begin discussions on the next legislative initiative with fiscal relief ….”

Under the Paycheck Protection Program, with billions of dollars going to businesses and individuals, millions of people are effectively employed by the government. American lawyer and radio host Mark Levin responded to these stimulus packages, asking, “Why would you adopt a Maduro economic plan?” When the $2.2 trillion stimulus was passed, Levin said that America became socialist. Under socialist President Nicolás Maduro, Venezuela descended into economic and social chaos. That country is a vivid, modern-day depiction of the results of socialism.

And where is all this money coming from? Mostly from the printing presses. The Federal Reserve is simply printing money out of thin air. This is raising fears that the world’s single greatest superpower is heading for hyperinflation and rapid decline if the country does not change course fast.

[T]his has nothing to do with stimulus—printing money left and right and shoving it into an economy. … Both parties, both branches of government are exploiting us now. Don’t make America into Venezuela, or the Weimar Republic, or Zimbabwe. Don’t turn us into some poor, declining European country while the Chinese are on the move and on the rise. … The laws of economics are like the laws of physics—they don’t change.

Those countries Levin mentioned are prime examples of what the U.S. will become, based on its current trajectory. Bloomberg reported that America is set to reach a deficit of nearly $4 trillion this year, or 18 percent of its economy.

With millions of people now employed by the government both in America and Britain—essentially being paid to do nothing—why would people want to go back to work? “As a nation, we are losing the will to work,” the Telegraph reported on April 21.

As Mr. Flurry asked on his radio show, if this is the result of a comparatively weak virus, what will happen when a real disaster hits these nations? By printing and borrowing money, the U.S. is weakening its security. If it continues in this direction, it will soon be unable to afford its massive military spending, which underpins global security.

“Facing this much economic damage, the United States also faces a threat to its power and security, and the world order on which its security depends,” wrote the American Interest. “On this point, it is important to recall that American global hegemony rests on its unparalleled ability to project force abroad. That ability is sure to be tested going forward. The U.S. defense budget will have to end up on the chopping block—if not now, then in the coming years when deficits really start to soar.”

Other powers are going to challenge the U.S. “What happens when the world has gotten everything that it [can] from this great superpower and then decides, ‘You know what, it’s time to pull the rug out from under this’? The greatest fall that ever befall any nation,” said Mr. Flurry in his April 22 program.

Do you think so great a fall could not come to so great powers as Britain and America? Do you say, “It can’t happen here?” Do you think the great God who was able to give them such unprecedented world leadership and power and wealth is not able to take it away from them and throw them, like their ancient forefathers, back into slavery?

You need to open your eyes to the fact that Britain’s sun already has set! You need to wake up to the fact that the United States, even still possessing unmatched power, is afraid—fears—to use it, just as God said: “I will break the pride of your power”; that the United States has stopped winning wars—that America was unable, with all its vast power, to conquer little North Vietnam! The United States is fast riding to the greatest fall that ever befell any nation! The handwriting is on the wall!

Leviticus 26 contains promises from God, in which He says He will bless His people if they obey His law. If they disobey, however, He will curse them. America has turned from God and from His law and now it is reaping the consequences. Verse 20 reads, “And your strength shall be spent in vain: for your land shall not yield her increase, neither shall the trees of the land yield their fruits.” As Americans and Britons bunker down in their houses, this prophecy is being fulfilled. The land is yielding almost nothing. Instead, the economy is in rapid decline.

This coronavirus pandemic has brought Mr. Armstrong’s words to life more than ever before. If the handwriting was on the wall when he published the first version of The United States and Britain in Prophecy in 1967, the reality could not be more stark than today. In a matter of weeks, the U.S. has added almost $3 trillion to its debt at a time when the land is yielding almost nothing. It is now more evident than ever that the U.S. “is fast riding to the greatest fall that ever befell any nation!”

To more thoroughly understand these prophecies for the immediate future of Britain and America, please request your own copy of Mr. Armstrong’s free book The United States and Britain in Prophecy.