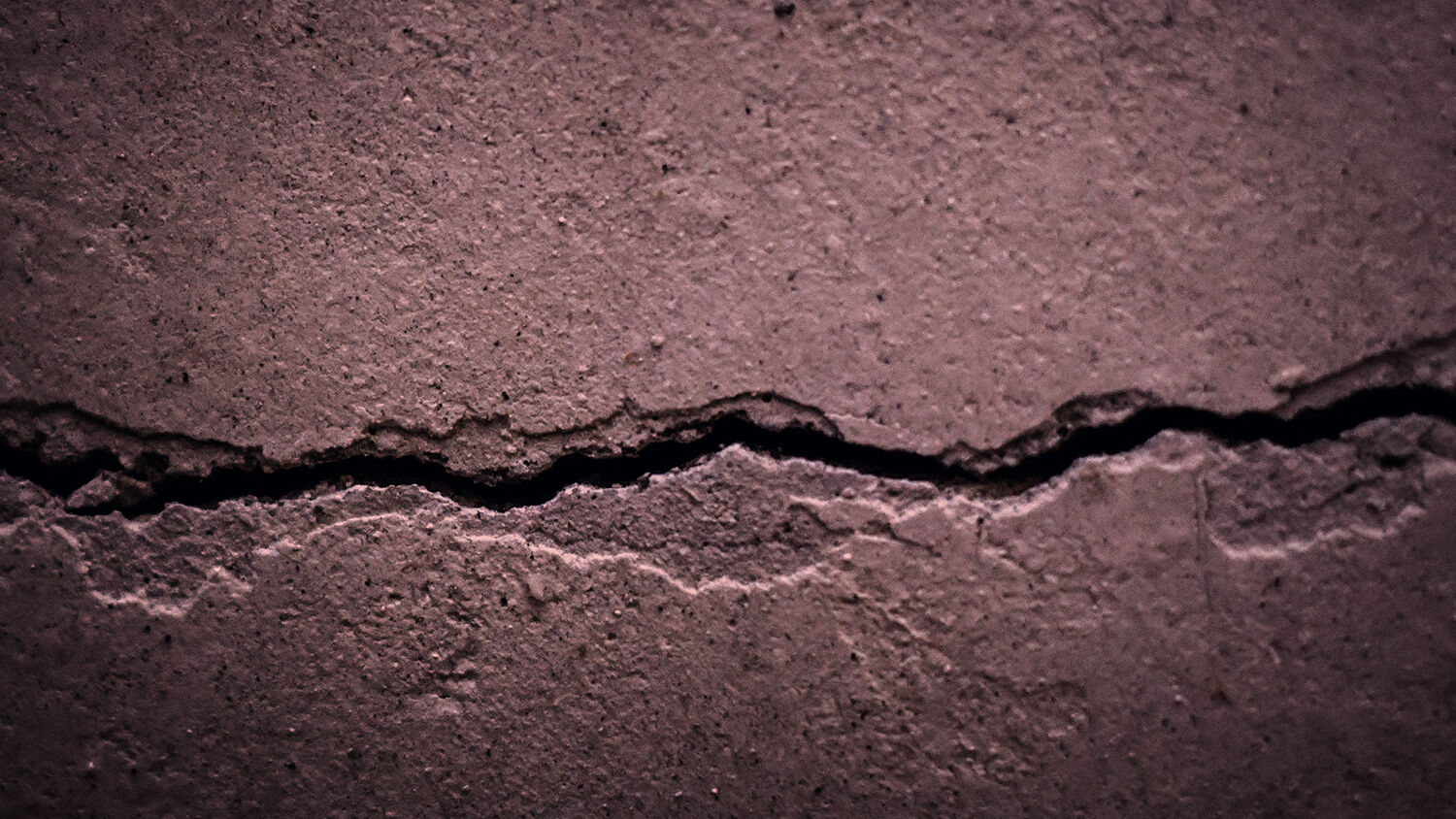 Following the death of Herbert W. Armstrong in the 1980s, the new leadership of the Worldwide Church of God (wcg) fired my father for faithfully following in Mr. Armstrong’s steps. (You can read much more about some of that history in Malachi’s Message to God’s Church Today and Raising the Ruins.) After God established the Philadelphia Church of God through my father in 1989, a number of other churches broke away from the wcg in the early to mid-1990s.

Since that time, many of God’s people have come to believe that there are true Christians in many different “branches” of God’s Church. We’re all God’s Church, they reason. But is that what they believed when they were in the wcg before Mr. Armstrong’s death?

Does your Bible teach that there are many different religious organizations with different leaders and different beliefs and yet all of them, somehow, are right with God?

The Apostle Paul wrote, “Now I beseech you, brethren, by the name of our Lord Jesus Christ, that ye all speak the same thing, and that there be no divisions among you; but that ye be perfectly joined together in the same mind and in the same judgment” (1 Corinthians 1:10).

Here is what Mr. Armstrong wrote about this passage in his book The Incredible Human Potential: “Some of them wanted to follow Peter, some wanted to follow Apollos, some Paul. But Paul was their apostle, and Christ taught them by Paul. The separated individual believer will follow his own idea of God’s truth. That is not God’s way. God in His almighty wisdom has raised up the Church as His means of teaching all the same truth—all speaking the same thing! Not each individual his own thing!”

There is one Church. That one Church must speak that same thing or it will become divided. That’s what happened after the death of Herbert W. Armstrong—the Church split apart and everyone started speaking different things.

One prominent leader to break away from the Worldwide Church of God in the early 1990s was the late Rod Meredith. He left the wcg to start a new church in 1993, and rejected the way Mr. Armstrong had governed the wcg. In Church Government and Church Unity, he wrote that the subject of church government had been seriously misunderstood during the days of Mr. Armstrong’s leadership. He wrote that God’s Church had rarely ever been governed by one administration, with one man in charge—and Mr. Armstrong knew it.

God restored the doctrine of Church government through Mr. Armstrong. Especially in the later years of his ministry, he understood and wrote clearly about this subject and its crucial importance. His writings flatly reject this revisionist reading of Church history. He wrote in April 1981 that God always works through one man at a time. “He worked through Abraham. He worked through Moses, through Joshua, through one ‘judge’ at a time, through Samuel, through David, through Solomon. He worked through Peter and when Peter had left the Middle East, through Paul. These men had, in greater or lesser number, staff assistants under them, but God’s work was through the one man at a time!” Mr. Armstrong wrote (emphasis added throughout).

In his booklet, Mr. Meredith said he and fellow minister Herman Hoeh were largely responsible for the top-down government Mr. Armstrong adopted. “Even after several years of guiding the college [which began in 1947], Mr. Armstrong still did not understand much about Church government,” Meredith wrote. “Consequently, in the early to mid-1950s, Herman Hoeh and I each were inspired to write articles along this line.”

So Mr. Meredith and Mr. Hoeh were the ones responsible for helping Mr. Armstrong set up the government structure. Mr. Meredith noted that “all of us leading ministers,” understood that for the wcg to do God’s work, it needed to be unified. He wrote that as long as there was a dedicated man like Mr. Armstrong at the top, a hierarchical government would best preserve unity. Mr. Meredith’s description was that the leading ministers devised this pyramid structure and wrote about it in articles; then, “Mr. Armstrong accepted these articles and immediately published them in the Good News.”

Meredith said that, over time, this form of government led to all sorts of hardships and abuses. According to his booklet, everything started going haywire when wcg ministers began to compare Mr. Armstrong to Moses.

“Frankly there was never—in the New Testament Church—any example of a Moses figure,” Meredith wrote. “God guided many apostles and elders to work in a brotherly, nonthreatening, collegial atmosphere, and no single one of the apostles towered over the others.”

According to Meredith, this collegial “New Testament” approach is what the Church failed to grasp during the days of Mr. Armstrong. This is why, Meredith said at a ministerial conference in July 1993, he didn’t understand the right approach to government during the 1960s and ’70s.

“I’ve learned the right approach in servant leadership,” Meredith told his ministers in 1993. Later he added, “Let’s try to do it right this time, as shepherds with a loving approach.”

The inescapable implication is that Church government under Mr. Armstrong was not loving, not shepherding, not servant leadership, not brotherly, but dominated by one man towering over the others in a threatening atmosphere.

It is well worth noting that this is the same deplorable tactic the Tkaches used to destroy Mr. Armstrong’s legacy. We’ve made so many mistakes in our past, they often said. And unfortunately, Mr. Armstrong didn’t live long enough to correct these many errors. But now, God has led us to make the necessary changes!

How convenient that argument was for them. And how pitiful and ignorant it made Mr. Armstrong look.

In Mr. Meredith’s case, he implied, If only Mr. Armstrong would have lived long enough to learn the right approach to servant leadership. If only he would have been able to administer government the right way, with a loving approach.

That was the message that came through loud and clear in Mr. Meredith’s Church Government and Church Unity booklet. That booklet was not just inadvertently misleading or in need of a few minor corrections, as Mr. Meredith and his supporters would later claim. From beginning to end, that booklet was a blatant attack against the form of government Mr. Armstrong administered—which was God’s government! It revealed so much about the problem Mr. Meredith had with that government.

Men like Mr. Meredith had been called into God’s Church decades after God had used Mr. Armstrong to build it. They had been taught, trained, baptized and ordained by Herbert W. Armstrong. But then they thought they knew more than he did! And on the subject of Church government, of all things!

There never was a Moses-like figure in the New Testament Church? Mr. Meredith certainly didn’t get that from Mr. Armstrong. “Peter was the first and chief apostle,” Mr. Armstrong wrote in Mystery of the Ages. The surname that Jesus Christ Himself gave him was a title designating a religious leader!

Mr. Meredith rejected this truth right out of the starting gate. He then added that it was incorrect to even think that Jesus Christ directly guides His Church! Instead, Meredith told his followers, Christ uses many “different branches”—all coexisting—to do His work.

Sounds good. But is it biblical? Is it what Mr. Armstrong taught? In his landmark June 24, 1985, Worldwide News article, “Recent History of the Philadelphia Era of the Worldwide Church of God,” Mr. Armstrong actually wrote that the “different branches” idea was one of the “fruits” of the ’70s-era rebellion in the Church. He wrote:

Little groups, splintering off centered in Washington, D.C.; Eugene, Ore.; Tyler, Tex.; Monterey, Calif.; and other places with groups too small to mention. They are not bearing fruit for the Kingdom. They are not pleasing God or being blessed by Him. Jesus said, “By their fruits you shall know them.” They usually claim to be “branches” of the Church of God. But Jesus said, “I will build my church” (Matthew 16:18). He did not say denominations, sects, cults, branches or a church divided against itself. Rather He said a house divided against itself cannot stand. There is one true Church and one only. The Apostle Paul pictured humanly self-appointed “branches” when he said to the elders of the local church at Ephesus that some of their own selves would depart to draw a following after themselves.

Mr. Armstrong then referred to 1 Corinthians 12:25, saying there should be no divisions in the body—“no branches or branch organizations.” Paraphrasing Ephesians 4, he added, “The Church is organized and fitly framed together, not organized with competing and differing branches.”

Now please—consider this carefully. The reason this history is so critically important is because there are many thousands of brethren—people who once devoted their lives to upholding the teachings of Herbert Armstrong—who now are laboring under the delusion that there are many different branches of God’s Church doing God’s work today.

That kind of thinking is a deadly delusion. And as Mr. Armstrong wrote in the article quoted above, it started during the liberal rebellion against God’s government in the 1970s. And six months before he died, he felt compelled to remind the brethren about this history.

“I want you, brethren, to think about and understand what happened to God’s Church in the 1970s ‘lest history repeat itself!’ I want you to see the ‘fruits’ of rebelling against God’s way and God’s government,” Mr. Armstrong wrote.

Seven years after Mr. Armstrong delivered that sobering warning, Rod Meredith left the Worldwide Church of God to, as he claimed, faithfully preach “the truths proclaimed by Herbert W. Armstrong.” And yet, in his very first booklet—the battle cry for his church and the establishment of its government—Mr. Meredith said Jesus Christ almost always uses many different coexisting branches to do His work. And Mr. Armstrong, he added, believed this too!

None of it was true. But many people believed it. And today, many still do.

Mr. Meredith’s collegial government kicked him out of his own church in 1998. He then established a new church, this time resorting to a form of government in which he retained more power, prior to his death in 2017. It was a more hierarchical style, yes, with one man holding more power at the top. But when you are trying to find God’s true Church, the question isn’t just whether one man is leading it, but—far more importantly: Is Jesus Christ leading that man?

It falls to you to prove for yourself the one true Church (not branch) that Jesus Christ is directly leading. That means Jesus Christ is directly governing it. The fruits of Mr. Armstrong’s ministry and the biblical doctrines God used him to restore prove that it was not just the work of a man. Today, many churches that splintered from the Worldwide Church of God—or splintered from those splinters—claim to continue parts of that legacy. But there is only one that has the doctrines of the Bible, the government of the Bible and the leadership of the Bible—not just the leadership of one man, but of Jesus Christ.