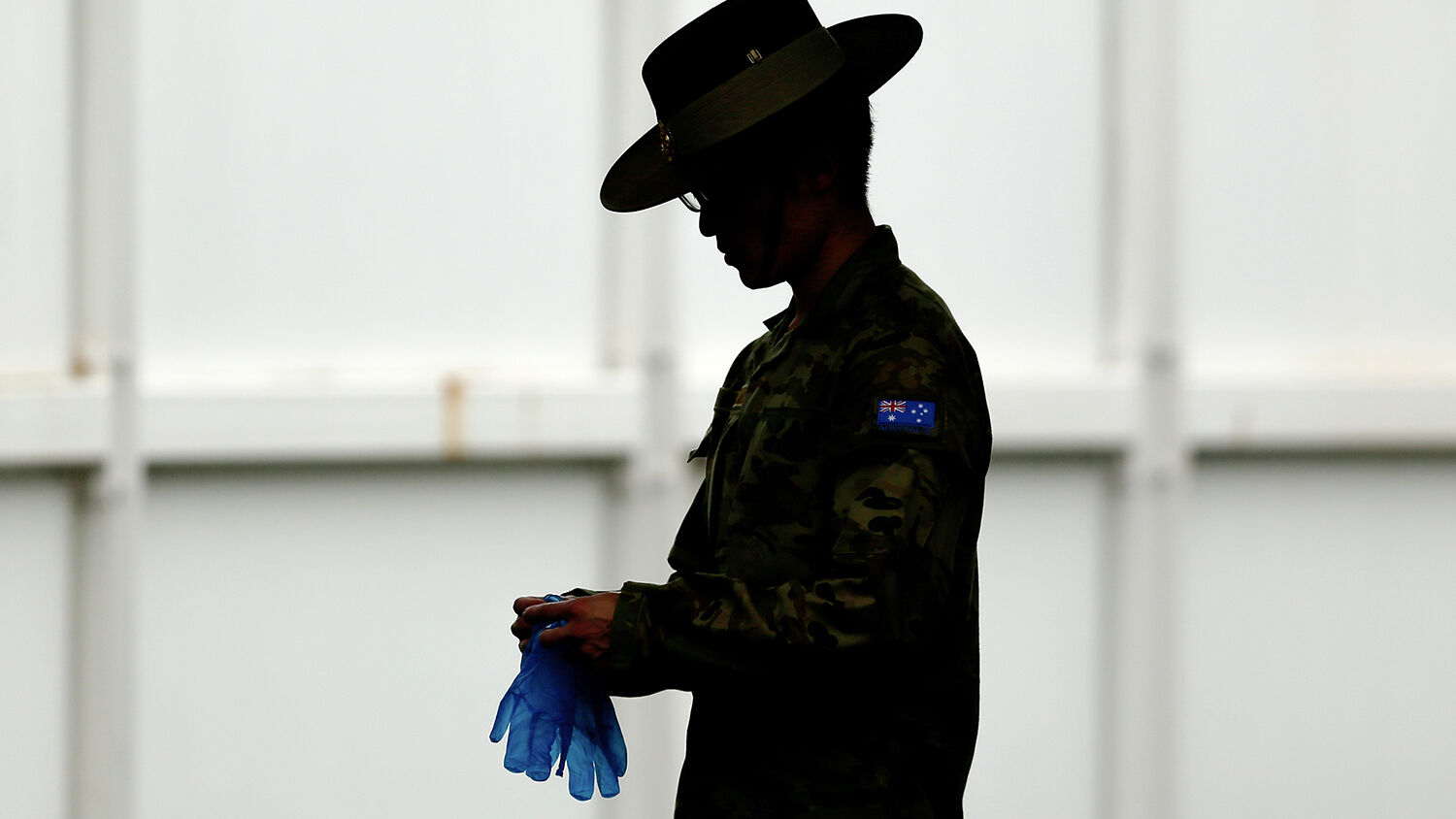 A member of the Defense Force puts on protective gloves at Sydney Airport on March 30 in Sydney, Australia.
Brendon Thorne/Getty Images

The Army is deployed while the nation’s largest-ever financial stimulus threatens to destroy Australia’s economy.

Australian Prime Minister Scott Morrison has announced a raft of unprecedented measures in combating the coronavirus crisis in Australia. He announced on March 27 that the Australian Defense Force will be deployed to assist police officers in ensuring compliance with self-isolation rules. In addition to giving the police extra powers, the government also announced a record-breaking amount of money in stimulus packages. Aside from the issue of how willing officials will be to relinquish their new powers once the virus passes, we need to understand what these government measures are doing to the economy.

Australia has never seen so much money given in emergency funding. At the time of this writing, the total the nation will spend is over $200 billion. Of this amount, the federal government will be contributing $130 billion, with the rest coming from state governments and the Reserve Bank of Australia. This makes the bushfire recovery fund of $1.3 billion look like lunch money.

The stimulus package will increase Australia’s net debt by at least a third. The nation’s debt was originally forecast to peak this 2019–2020 financial year at $237 billion, or 19.5 percent of gross domestic product. Now, the debt will likely reach $307 billion by the end of June, hitting 26 percent of gdp.

The late Herbert W. Armstrong, founder of the Plain Truth magazine (predecessor to the Trumpet), warned where this increased economic reliance on the government will lead. “When any nation begins to look to its government to provide, that nation is on a greased toboggan-slide to decay and oblivion,” he wrote in 1956. “It brought about the fall of Rome. It brought about the fall of proud Babylon long before. And it’s bringing about the fall of America today.” America and the British Commonwealth, which includes Australia, are descended from ancient Israel. (Request a free copy of Mr. Armstrong’s The United States and Britain in Prophecy for proof.) These nations, which have historically had a relationship with God, are not following the motto found on America’s currency: “In God We Trust.” Instead, they are trusting in governments of man.

Mr. Armstrong was able to accurately predict what to expect in the end time because he believed God’s Word. He wrote in 1968:

If the dollar is devalued, inflation will almost surely result and eventual economic collapse for the United States. Those of you who truly believe the prophecies of your Bible know such economic collapse is prophesied to happen! … We have shown how God prophesied a virtual trade war will get underway against the United States and Britain—and how our national economies will falter, and then collapse!

Our nations are being cursed because of disobedience. In Deuteronomy 28, God explained to ancient Israel that it would be blessed for obedience and cursed for disobedience. In verse 44, he explicitly stated that if we disobeyed His laws, we would become indebted and subdued by other nations: “[Strangers] shall lend to thee, and thou shalt not lend to him: he shall be the head, and thou shalt be the tail.”

Elsewhere, God warns that if we disobey He “will even appoint over you terror, consumption, and the burning ague, that shall consume the eyes, and cause sorrow of heart: and ye shall sow your seed in vain, for your enemies shall eat it” (Leviticus 26:16). These verses are relevant to our time and show that enemy nations—some of which we are indebted to—will take advantage of us like never before.

But it isn’t all bad news in the time just ahead. Just as the Bible has proved right about the curses we are experiencing because of disobedience, the Bible will also be proved right about the prophesied wonderful World Tomorrow. At that time, mankind will experience more peace and prosperity than it could ever hope for. To learn more about Mr. Armstrong’s accurate predictions of the dark days ahead and also that of the prosperous, peaceful World Tomorrow, please read our free booklet He Was Right, especially the section titled “Our Financial 9/11 Was Prophesied!”