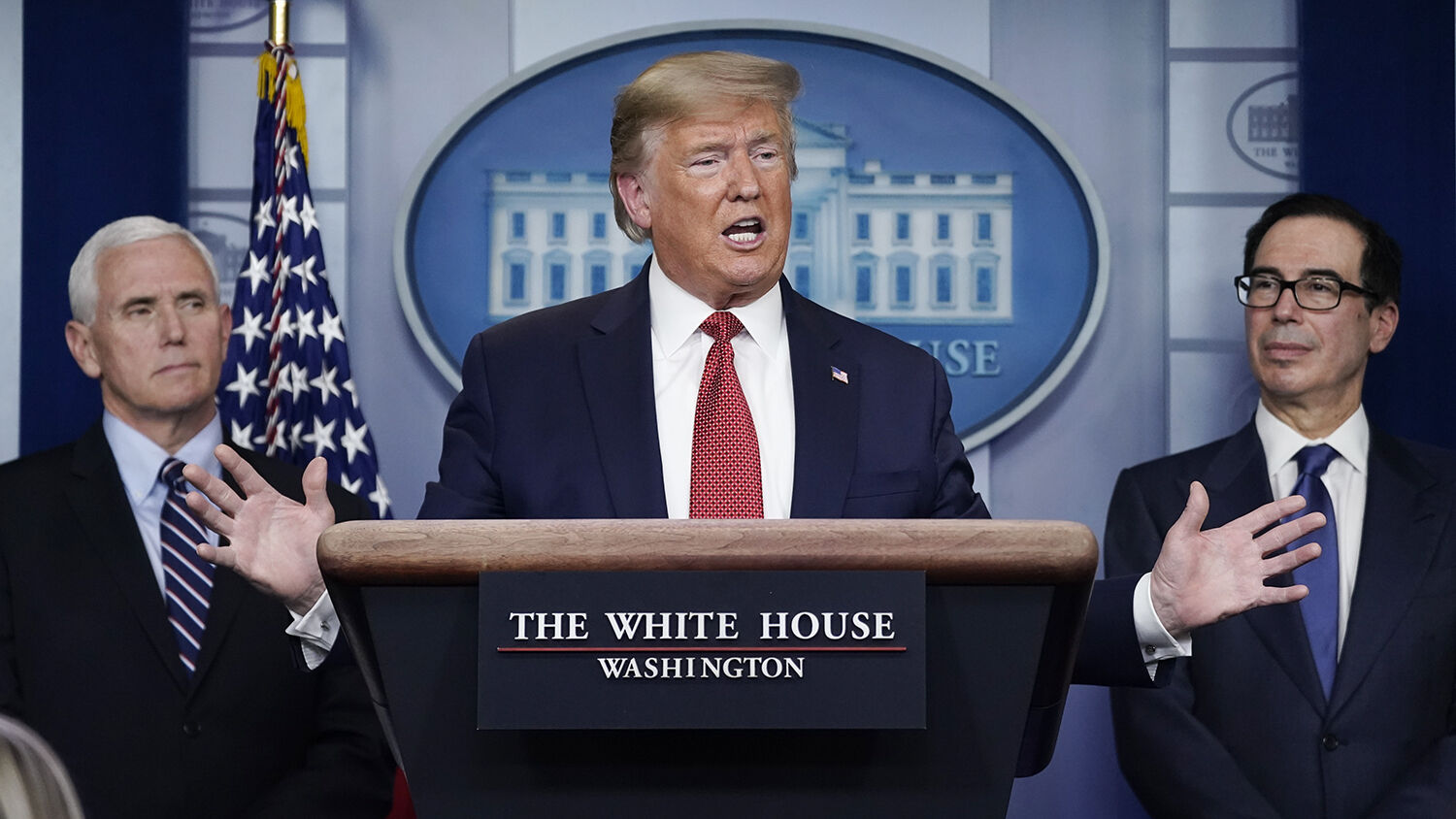 American debt is rocketing toward record levels, and covid-19 is only exacerbating the problem. On March 25, the United States Senate passed a $2 trillion coronavirus emergency package, adding massive debt and uncertainty to the U.S. economy.

The coronavirus package, which includes direct checks to some Americans, funding for struggling companies, aid for the medical industry, and added economic support for state and local governments, is the largest economic rescue package in American history. The Senate passed the bill 96-0. It is scheduled to be voted on in the House on Friday.

Meanwhile, the amount of distressed debt quadrupled in less than a week, almost reaching 2008 levels. Distressed debt refers to the bonds bought from companies in considerable financial trouble or bankruptcy. Bloomberg wrote that covid-19 “has caused the worst sell-off since the global financial crisis and deepened stress in credit markets.”

Senior distressed credit analyst at Bloomberg Intelligence Phil Brendel said that this trend is faster and more violent than what we saw in 2007 and 2008. He warned that if the virus isn’t suppressed, then “the worst is yet to come” and President Donald Trump’s stimulus package won’t be enough.

The Federal Reserve Bank of New York announced on February 11 that U.S. household debt surpassed $14 trillion for the first time in history. This is the 22nd consecutive quarter it has increased and a $1.5 trillion increase on the previous record set in 2008. Auto debt has also risen for 35 straight quarters, with 5 percent of repayments delinquent by 90 days or more. Add to this the significant delinquency on student loans and you have a recipe for disaster.

New York’s Federal Reserve Bank also released statistics showing record credit card debt. The strong economy and decreasing unemployment (prior to the coronavirus panic) led to more spending, but more Americans fell behind on their repayments. Credit card debt has exceeded $930 billion, soaring past the previous record set immediately before the 2008 financial crash. The percentage of those behind on payments by more than 90 days is at its highest rate in eight years, and the worst among 18-to-29-year-olds.

This level of debt and the direction it continues to head is a very dangerous trend and should be a warning to the nation. But America seems to be blind to the reality it is plowing toward.

Federal Reserve Chairman Jerome Powell was in Congress on the same day this report was released, pleading with its members to cut federal spending. He warned that while the economy is strong they must reduce federal spending to avoid having to pump stimulus spending in an economic downturn. But instead of heeding the warning, politicians, including the president, blamed Powell for the slight dip in the Dow Jones that occurred while he was speaking.

Just days before delivering this warning, the Congressional Budget Office released its 10-year projections for federal revenues. This federal year, the government was expected to spend $1 trillion above what it would earn in tax revenues. This means that by the end of the year, the national debt will be at $23.8 trillion, the interest alone costing $382 billion.

But these were predictions before coronavirus. Add to this the $2 trillion stimulus package, decreasing tax revenue, and other economic hits from the coronavirus and you don’t have to be an economics whiz to know that these kinds of numbers are unsustainable.

America’s situation today is a result of disobedience. In Deuteronomy 28, God told Israel it would be blessed for obedience and cursed for disobedience. Verse 44 warns that, if we disobey His law, we will become debtors, suppressed by other nations: “[Strangers] shall lend to thee, and thou shalt not lend to him: he shall be the head, and thou shalt be the tail.”

In 1984, he again warned of coming economic collapse causing the many other disasters prophesied for this end time. “Now we’re hearing in the news of a soon-coming nuclear winter,” he wrote. “Nuclear explosions will produce an Earth-covering cloud that will give us a nuclear night. The sun will not get through. Crops will not grow. Billions will be killed by the nuclear blasts. Those remaining will starve. [T]his is no wolf-wolf cry! It is prophesied in your Bible! It is real! And … economic crisis threatens to bring this about ….”

We saw a glimpse of these prophecies with the 2008 financial crisis, and economists warn that we are long overdue for another one. If consumer and federal spending in America continue on the trajectory they are on, America is destined for a long, hard crash. And it is prophesied to occur! Could coronavirus be preparing the way for the economic crisis Mr. Armstrong said threatens to spark the prophesied Great Tribulation?