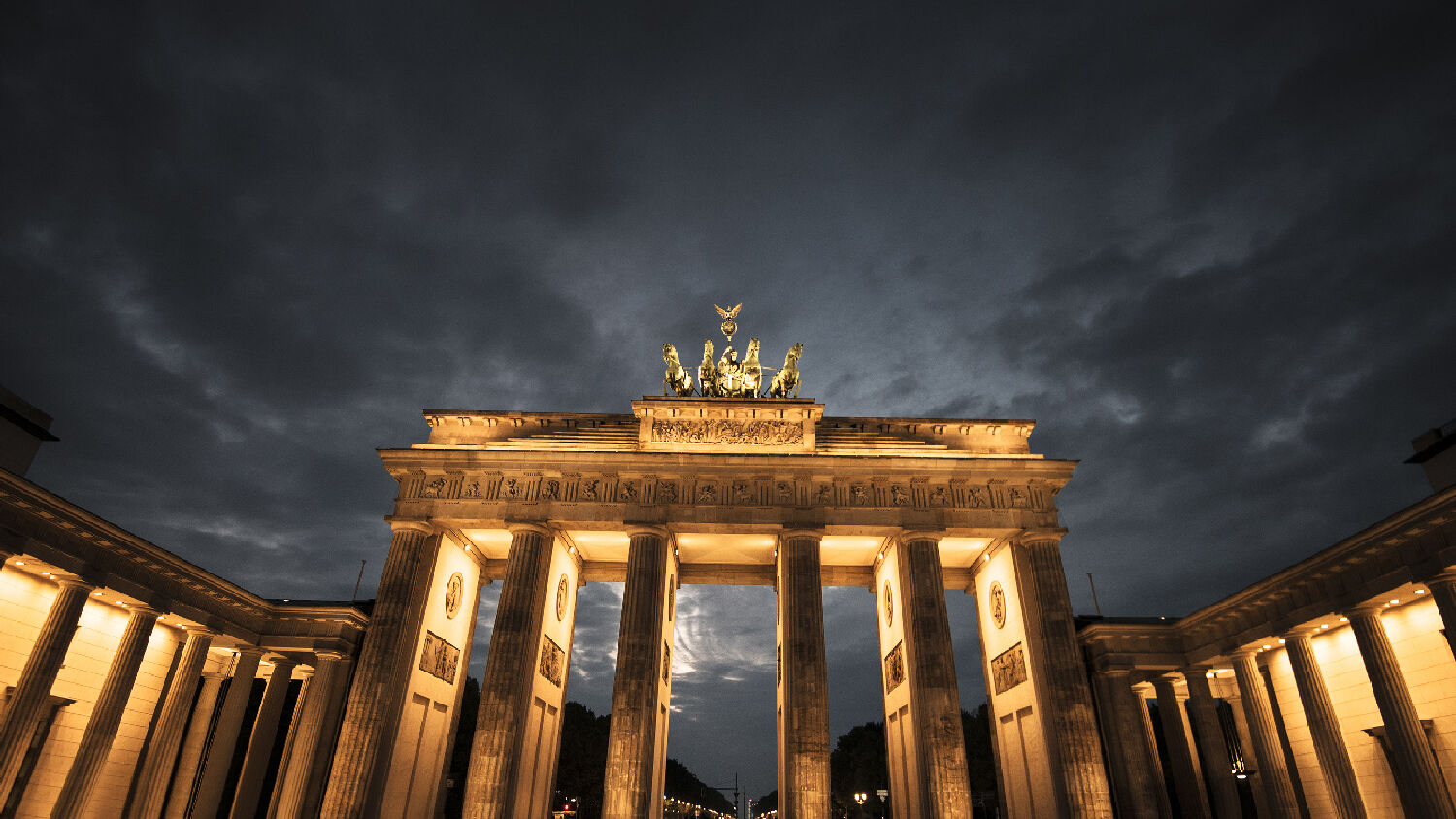 As Germany struggles to navigate some of its biggest challenges in its postwar history, it is essentially leaderless.

German Chancellor Angela Merkel has already announced she will not stand in another election—meaning she’ll be out of her job by the end of next year. Today, her chosen successor quit.

Annegret Kramp-Karrenbauer became the leader of Merkel’s Christian Democratic Union (cdu) in December 2018. As leader of Germany’s most popular political party, she was the most likely candidate for Germany’s next chancellor. Until today.

Kramp-Karrenbauer became a casualty of the political earthquake that struck Germany last week.

Last Wednesday, for the first time in Germany’s postwar history, a far-right party played a role in forming a government in Germany. Merkel’s cdu worked with the far-right Alternative für Deutschland (AfD) to elect a candidate from a third, moderately right-wing party, in the state of Thuringia.

After that taboo was broken, it’s no longer just the Trumpet warning about the parallels with the rise of the Nazis. Thuringia is where the Nazis first gained power in 1930. The dam is cracking in exactly the same place it did before.

The backlash was immediate. Ms. Merkel was very critical of her own party’s role in the debacle. The newly elected state premier resigned after about a day in office.

Kramp-Karrenbauer came under attack for not stopping the deal with the far right. She was party leader—had she lost control of her own party? She was also accused of not speaking out forcefully enough against the AfD.

Germans were already disappointed with her tenure in office. And so, today, she announced that she would not stand as a candidate for Germany’s chancellor, and that she would resign as party leader—to be replaced in the summer.

Germany is in crisis. Its future as a democracy is in doubt. As Spiegel Online wrote on Friday, the events of last week were “a sign of the gradual decay of German democracy, even if a worst-case scenario appears to have been averted.”

“Every new attrition chips away at our democratic system,” it wrote. “To stop this, what happened in Thuringia must be seen as a warning shot, a harbinger.”

This is not the only storm looming on Germany’s horizon. The migrant crisis has created tensions that still haven’t be solved—and it could break out with each new crisis in the Middle East. Germany’s manufacturing sector is suffering its largest decline in orders in a decade. Many fear the economy could easily tilt into recession. All of Europe has not yet solved the problems exposed by the 2008 financial crisis. Another financial crisis would be a storm of hurricane-force proportions.

Who can Germans look to to guide them through the storms? Germany’s largest party has no leader and is not planning to have a leader until the summer. Germans aren’t particularly enthusiastic about any of the candidates. The nation’s main left-wing party doesn’t have a leader—it has two: a man and a woman, neither of whom are particularly prominent.

As this leadership crisis was developing in 2016, theTrumpet.com managing editor Brad Macdonald wrote: “This is a potentially dangerous scenario. Politics abhors a vacuum. The greater the number and intensity of the crises, the stronger the desire for someone with real solutions. This is exactly the scenario that facilitated the rise of Adolf Hitler and the Nazi Party.”

Anyone familiar with the Trumpet’s message will recognize the situation we’re in right now. One of the biggest predictions we’ve made—based on Bible prophecy—is the rise of a German strongman.

The Bible forecasts this strongman. And it has a lot of specifics about how he will come to power.

Daniel 11:21 tells us to watch for the arrival of “a vile person, to whom they shall not give the honour of the kingdom: but he shall come in peaceably, and obtain the kingdom by flatteries.” The Jamieson, Fausset and Brown Commentary writes about this verse that “the nation shall not, by a public act, confer the kingdom on him, but he shall obtain it by artifice, ‘flattering.’” He doesn’t come to power in a normal election process.

With Germans desperate for a strong leader, and none on the horizon, circumstances are almost perfect for someone to come into power in an unorthodox way. What happens if there’s some kind of crisis between now and summer, and Ms. Merkel is forced to step down? Germany’s top two leaders are both lame ducks.

Trumpet editor in chief Gerald Flurry showed just how many specifics the Bible gives us about this coming strongman in the cover article for the January issue of the Trumpet magazine. He explained that this strongman “will somehow manipulate the political system to effectively hijack Germany and, by extension, Europe.”

“Knowing that such political intrigue will occur makes the bureaucratic turmoil in Berlin important to watch,” he wrote. “The government is shaky, the need for strong leadership is clear—but the path to achieve it is unknown. This prophesied leader may well exploit this frustration and confusion by rallying a coalition behind him and vaunting himself to power. … Look at the public resentment and anger in Germany and Europe. The opportunity is growing ripe for someone to take power by flatteries!”

The events of last week show that opportunity is riper than ever.

Germany has the potential to be a major, even a military, power. “For now, though, the nation lacks a leader willing” to take the steps necessary, wrote Mr. Flurry. “This will change overnight when a strongman gets control! Germany’s transformation under Adolf Hitler in the 1930s, dramatic as it was, will not even compare to what is coming!”

This strongman could come to power very fast, and he will change your world. You need to understand what the Bible says about him.

If you’ve not done so already, please read Mr. Flurry’s January cover article: “Is KT zu Guttenberg About to Come to Power?” It will give you the biblical truth you need to understand events in Germany. More importantly, it will show how these events directly connect to your own life.