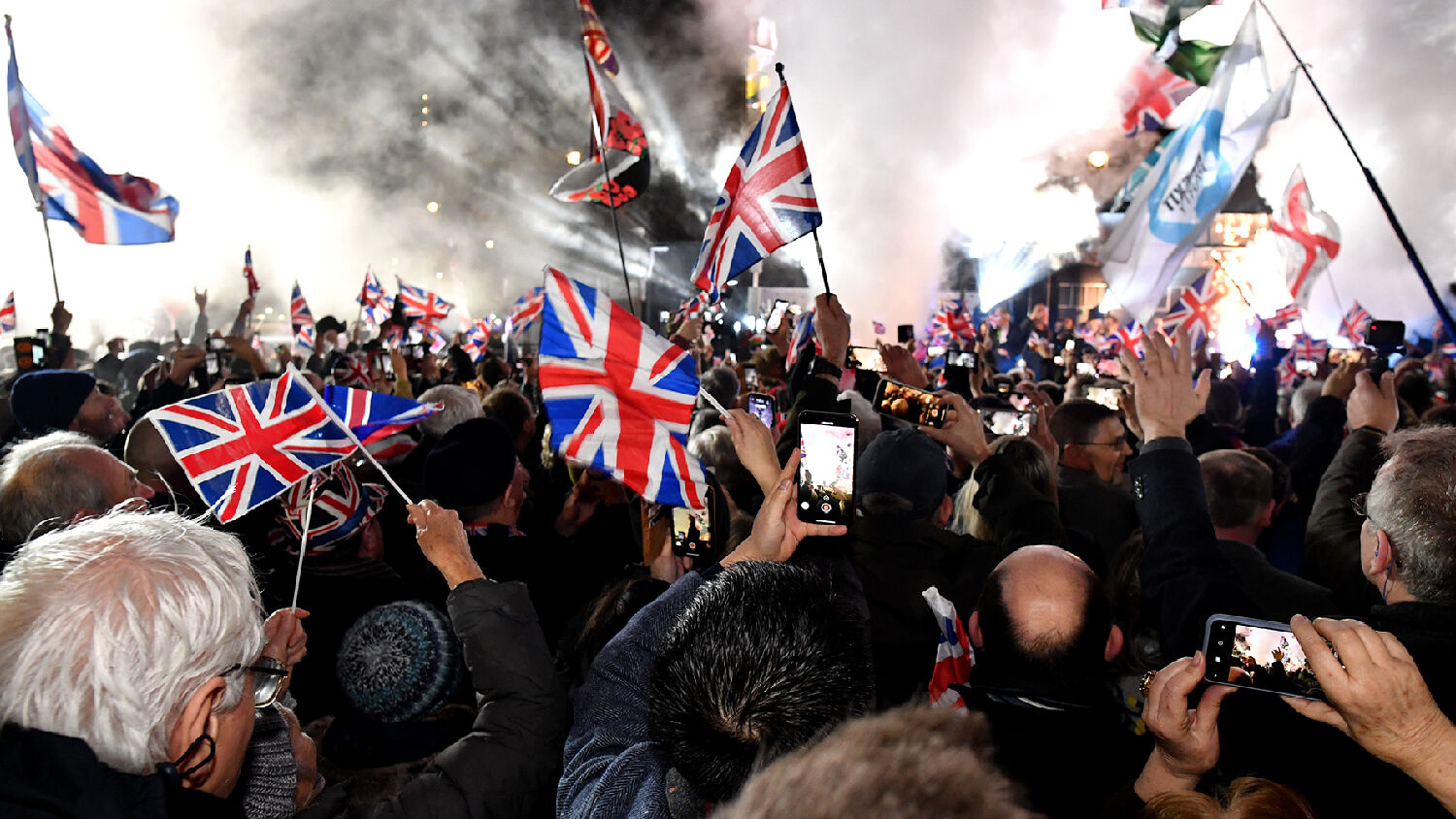 For those in the UK, that’s cause for celebration or commiseration, depending on your view.

But this date is also of huge importance for everyone everywhere. This one event teaches the most important lesson anyone can learn.

How? Because it is proof that a divine Being directly forecast present-day world events thousands of years ago.

Herbert W. Armstrong spent decades warning about world events based on Bible prophecy. He consistently said Britain would not be in a soon-coming European superstate.

In 1945, broadcasting as World War ii came to a close, Mr. Armstrong predicted that Germany would rise again within “a European union.” As this union took shape, and some talked of Britain joining, he wrote in 1956, “Germany is the economic and military heart of Europe. Probably Germany will lead and dominate the coming United States of Europe. But Britain will be no part of it!”

When Britain joined in 1973, he forecast that we would regret it, writing, “Britain is going to look back on Monday, Jan. 1, 1973, in all probability, as a most tragically historic date—a date fraught with ominous potentialities! For that date marked the United Kingdom’s entry into the European Community.”

Over a decade after Britain joined the Common Market, Mr. Armstrong continued to forecast that it would not be part of this European superpower. “[T]he soon-coming resurrected ‘Holy Roman Empire’—a sort of soon-coming ‘United States of Europe’—a union of 10 nations [will] rise up out of or following the Common Market of today (Revelation 17),” he wrote in 1985 in Mystery of the Ages, published less than a year before he died. “Britain will not be in that empire soon to come.”

That unwavering forecast was based on Bible prophecy. And it is being proved true before your eyes.

Where does the Bible say this?

A “brief” article is not the place to give you comprehensive proof of what the Bible says about Britain and Europe. But I can point you to where you need to go to get that proof.

But Britain and America are not the only powers identified in your Bible. Several scriptures talk about a European power. Revelation 17, for example, talks of a beast—or empire in Bible prophecy. This empire is controlled by a woman—a symbol of a church. The beast has “seven heads,” which represent seven kings (Revelation 17:10). The chapter goes on to show that this beast rises and falls seven times.

Where in the world is there an empire, led by a woman, that rises and falls throughout history? This could only be referring to the Holy Roman Empire—the attempts to resurrect the Roman Empire, guided and controlled by the Catholic Church.

Other passages show that God is using this empire to punish Israel. In Isaiah 10:5 God calls it “the rod of mine anger.”

You can prove what the Bible says about this beast by reading Mr. Armstrong’s free booklet Who or What Is the Prophetic Beast?

When Mr Armstrong was on the scene, this empire had risen and fallen six times. We’re seeing it rise before us one last time—in the form of the European Union. Mr. Armstrong knew that the Bible said one more empire would rise. That is why he forecast, in 1945, that a “European union” would soon come on the scene.

But there’s a sobering side to this forecast.

If Mr. Armstrong’s Bible-based forecasts were right about Brexit, then doesn’t that mean they’ll also be accurate in describing what comes next: The rise of a superstate that terrorizes the world? It could seem far-fetched. But then so did the idea of a “European union” in 1945, or Brexit in 1973.

This European superstate is going to have a massive impact on everyone around the world. It’s critical that we know it’s coming. But it’s not the most important thing to take from Friday’s news.

Friday proved that the Bible is a now book—a book that speaks to us today, a source we can rely on totally. One third of the Bible is prophecy. And as the inspired Word of God, the Bible speaks to us today. As Daniel 4:17 says, “[T]he most High ruleth in the kingdom of men.” Fulfilled prophecy confirms this. God forecast events like Brexit. When they’re fulfilled, they demonstrate His power. Trumpet editor in chief Gerald Flurry wrote that this lesson—that God rules in the kingdom of men—is “the greatest lesson mankind could possibly learn.”

To understand this lesson, however, you can’t just take my word for it that the Bible prophesies Britain’s break from the EU. You must prove it for yourself.

If you’ve never read them, please read our free books The United States and Britain in Prophecy and Who or What Is the Prophetic Beast?

“This book will open, to open minds, this hitherto closed vital third of all the Bible,” he wrote. “No story of fiction ever was so strange, so fascinating, so absorbing, so packed with interest and suspense, as this gripping story of our identity—and our ancestry.”

This “active existence of the living God” was on vivid display last Friday. That is why it was a critical day for everyone on Earth.