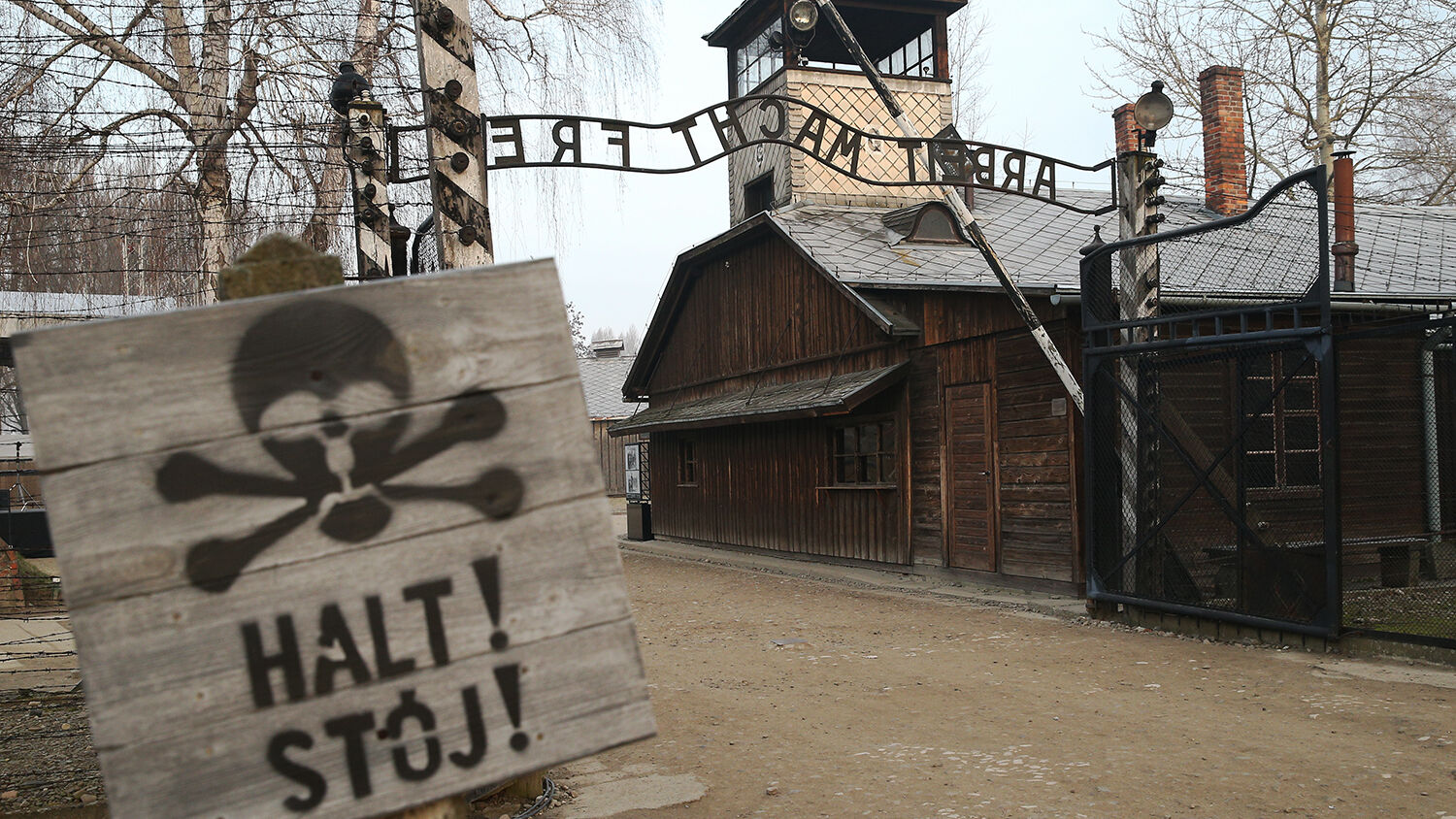 View of the main gate of Nazi concentration and extermination camp Auschwitz during the 75th anniversary of Auschwitz liberation and Holocaust Remembrance Day.
Damian Klamka/SOPA Images/LightRocket via Getty Images

According to one European judge, the shocking answer is ‘No.’ On this Holocaust Remembrance Day, it is clear that we have not learned from history.

French-Jew Sarah Halimi was beaten to death in 2017 by her Muslim neighbor, Kobili Traoré, as he shouted, “Allahu Akbar.” But last month, a judge ruled that Traoré was not guilty of murder.

In the lead-up to the attack, Halimi endured repetitive verbal abuse from her neighbor because she was a Jew. Traoré even admitted that the Jewish candelabra and Hebrew prayer book in Halimi’s apartment had enraged him. Despite all this, the judge pronounced him not guilty on the grounds that he was not “criminally responsible” for his actions because “he was not aware” that his cannabis-abuse was driving him crazy.

As can be expected, the ruling caused an uproar within an increasingly persecuted Jewish community. Anti-Semitic attacks throughout Europe, and especially France, are soaring. While Jews only comprise about 1 percent of the French population, they suffer more than half of the racist attacks. Following Traoré’s acquittal, France’s chief rabbi Haïm Korsia wrote a letter to the minister of justice, warning that the decision was a “license to kill the Jews.” Halimi’s brother said, “There is a willing blindness on behalf of the French authorities to see and do justice.”

Gavin Mortimer wrote for the Spectator on January 18 that the ruling reinforced “the belief among some that they are being abandoned by a government more interested in appeasing the country’s Islamists. Jews can certainly expect little support from the left, once their firm ally in the face of far-right anti-Semitism. Despite the deaths of so many Jews in recent years, the preoccupation of the left is what they perceive as the scourge of Islamophobia. In November several leading figures on the French left attended a Stop Islamophobia march in Paris where some demonstrators chanted, ‘Allahu Akbar.’”

Stories of the widening acceptance of anti-Semitic acts in the name of appeasing Islam are rife. One woman told how her son was beaten up by a gang of thugs. Fifty others stood by watching, while shouting, “Shame it’s not Gaza, so we could exterminate the Jews.” Anti-Semitic attacks in 2019 were up 78 percent from the same time in 2018.

On this 75th anniversary of the liberation of Auschwitz, we have a frightening reminder of where today’s events are leading us. Of the 6 million Jews who were killed during World War ii, more than 1 million were killed at Auschwitz alone.

Why have the Jews been so persecuted over and again throughout history? Trumpet editor in chief Gerald Flurry answers this question in his booklet The Key of David. He writes:

So why is there so much hatred of the Jews? …

Satan the devil understands the plan of God. He has a great hatred for God. Because of the plan of God, the word Jew can really stir up Satan’s wrath. The Jews are a type of what all men are to become spiritually. It is God’s association with the Jews that has turned Satan even more violently against them! Hatred for the Jews has been inspired by Satan. He knows that he was never offered what has been offered to mankind. He wants nothing more than to destroy the plan of God. … Most people who hate the Jews don’t even know why they do. Can we see Satan behind such lies and hatred?

This is where the hatred for the Jews is coming from—Satan the devil.

On this anniversary day, in addition to reflecting on the past, we must look forward to where current events are leading. The worst of this persecution against the Jews is yet to come. Mr. Flurry continues:

Satan can stir up vicious hatred. He loves to use out-of-control emotions. A religion taken to the extreme—such as radical Islam—gives him a great field to work in. Nazi Germany exhibited fanatical hatred for the Jews. The Nazis also used emotion to stir up a repugnant hatred. The coming beast power will exhibit the same hatred for the Jews as well.

There is a coming beast power that will embody the hatred of Satan that was on full display at Auschwitz over 75 years ago. But it is a hatred that God will soon put an end to forever.

To understand the depth of the hatred of the Jews in Europe, why this hatred exists and God’s resplendent plan for the Jews physically and spiritually, read “The One Minority Society Loves to Hate.”