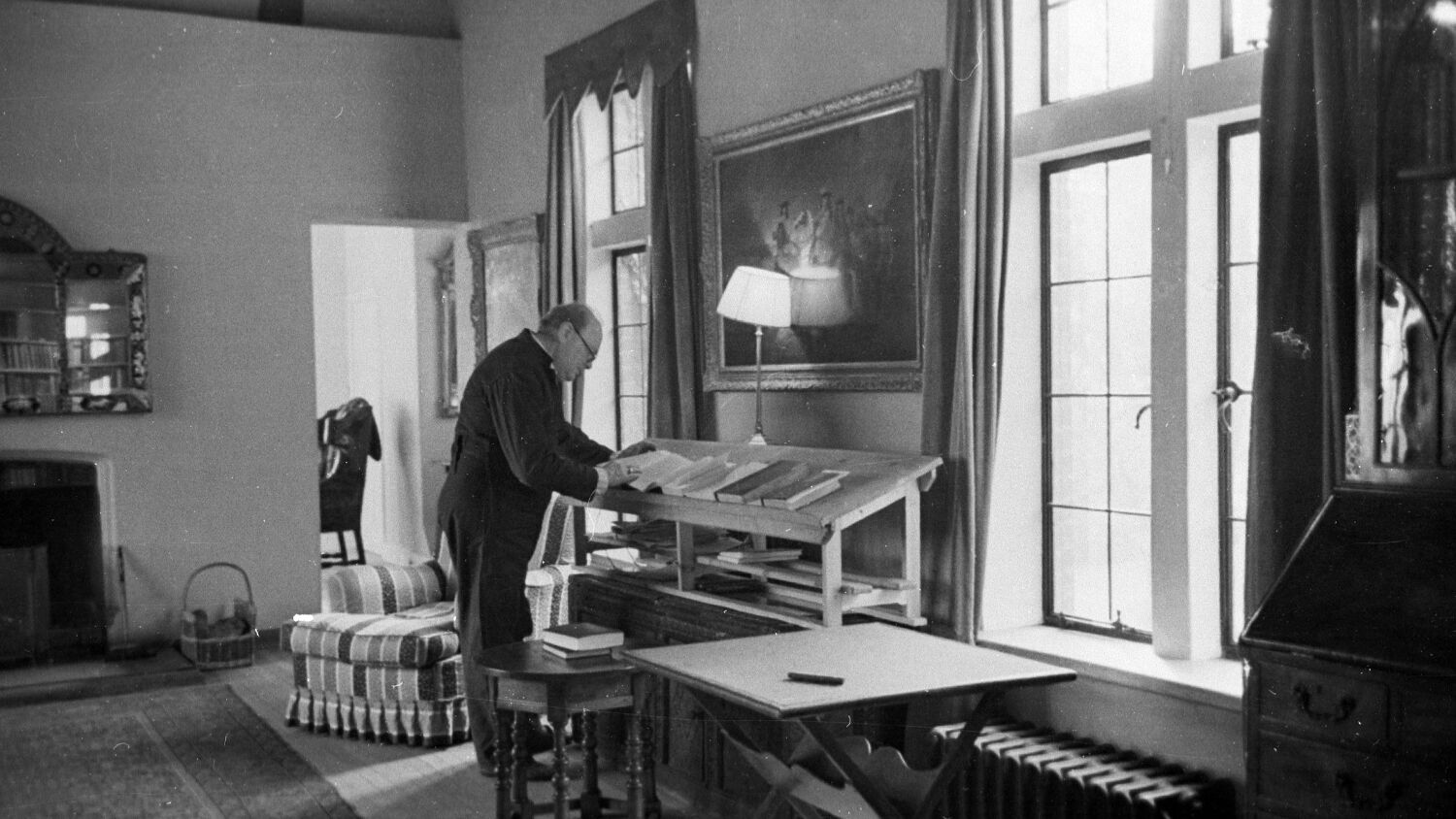 Young Winston Spencer Churchill was disadvantaged. Being born into a wealthy, aristocratic family certainly had enormous advantages, but when you realize the irreplaceable importance of the involvement, teaching, correction, discipline and encouragement of a father and mother, you realize that young Winston suffered a poverty of child rearing. His father told him he was a failure, and he died when Winston was only 20. Despite his pleas, Winston’s mother took no interest in him prior to his rise in stature and fame. As a youth, he received little to no love or attention from his father and mother.

Yet he became the greatest statesman in modern history. How?

It actually started with failure. Winston had been a failure in school, and as he became a young man, he recognized that, and he decided to educate himself.

“The discipline of self-education that Winston so passionately and aggressively practiced during those hot Bangalore afternoons remained with him throughout his life,” Stephen Mansfield writes, regarding Churchill’s intensive studies as a young man in India. “He read ravenously and broadly, laying the foundation for the kind of leader he would one day be. By doing so, he proved that knowledge does not belong alone to the school or the professional, but to the hungry and willing” (Never Give In; emphasis added throughout).

He was hungry for knowledge, and for history in particular. He especially craved the history of his own Anglo-Saxon people and their glorious British Empire.

In God’s Church, we must hunger for spiritual knowledge (see Matthew 5:6; John 6:12, 26-27). That involves a deep and abiding understanding of our spiritual history and God’s royal family empire. In Galatians 6:16, the Apostle Paul refers to God’s Church as the Israel of God. The history of ancient Israel, going back thousands of years, is a forerunner of the spiritual kingdom of Israel that God is establishing in His Church today. This glorious history and all that it encompasses is our heritage, our national identity as the Israel of God!

Hungering for God’s Word is actually hungering for history. Winston dedicated himself to reading and learning everything he could from books of history. He became the greatest statesman of his age by teaching himself. That’s how hungry he was for history. This is a rare attitude today. Even college students, whose job it is to study and who have teachers providing them calibrated reading assignments for that purpose, frequently skip their reading and justify it by saying, I just don’t have the time. It is not lack of time that keeps our minds empty of history and other subjects. It is lack of hunger.

Hunger for learning is how Churchill was able to accomplish so much. His hunger was an active hunger; his study was an active study. Among other things, his ravenous consumption of knowledge gave him command of the English language, which in turn endowed him with exceptional writing ability. He wrote extensively, to say the least, and almost all of his books were works of history.

Why was Churchill great? Much of it was because he loved, craved, read, studied and wrote about history.

Today, most people are caught up in the present and have forgotten even their own history, even their own recent history. As Hal Brands and Francis Gavin wrote in “The Historical Profession Is Committing Slow-Motion Suicide,” “The study of history, it seems, is itself becoming a relic of the past” (Dec. 10, 2018).

Those who do take interest in history often view the subject through a distorted lens. Brands and Gavin went on to write, “During the 1960s and after, the discipline was therefore swept by new approaches that emphasized cultural, social and gender history, and that paid greater attention to the experiences of underrepresented and oppressed groups.” Howard Zinn’s popular textbook, A People’s History of the United States, even goes to the extreme of portraying America as a dark, evil nation that only gained power and influence by oppressing “marginalized” people.

No wonder so many students today hate America! It’s what they are being taught. That is the “history” they are absorbing.

Winston Churchill foresaw this historical amnesia. In 1931, the same year he concluded the final volume of The World Crisis, he wrote, “How strange it is that the past is so little understood and so quickly forgotten. We live in the most thoughtless of ages.” Churchill wrote five volumes on the subject of the First World War and its immediate aftermath. Near the end, he asked, “Is this the end of the story?” He feared that horrible, unprecedented carnage would repeat itself. And within the decade, that is exactly what started up again.

Following the second world war in his lifetime, Churchill wrote in The Gathering Storm: The Origins of the Second World War, “It is my earnest hope that pondering upon the past may give guidance in the days to come.” Churchill sought guidance, counsel and more from his diligent and passionate study of history! He wanted others to remember the history of these world wars and to learn the bitter lessons from these catastrophes so that we won’t make the same mistakes again!

On the first page of The Book of Chronicles, my father writes, “This world is lost in the present. God is always challenging His people to keep the overview—to see the grand sweep both historically and prophetically.”

In the introduction to Churchill’s biography of his ancestor Marlborough, Henry Steele Commager wrote that Churchill viewed history as a great teacher. “Indeed we can say of Churchill what he himself wrote of Rosebery, that ‘the past stood ever at his elbow and was the counselor upon whom he most relied. He seemed to be attended by learning and history, and to carry into current events an air of ancient majesty.’”

History served as Churchill’s guide! “He read history as a stupendous moral scripture, and for him the writing was, if not divinely inspired, at least authoritative. More, it was straightforward and simple. History was a struggle between the forces of right or wrong, freedom and tyranny, the future and the past. By great good fortune Churchill’s own people—‘this island race,’ as he called them—were on the side of right, progress and enlightenment; by great good fortune, too, it was given to him to buckle these virtues onto him as armor in the struggle for a righteous cause” (ibid).

Every day, this greatest statesmen of our modern era strapped on historical armor and went out to battle!

Commager wrote about the many lessons that our history is ready and waiting to teach us. It’s both memory and prophecy. It’s our identity, our national character, and also the lens through which we view the future. History, Commager wrote, follows great cycles. “The same themes recurred, again and again, the same drama was played out, from age to age.” History repeats itself. Churchill believed, “The longer you look back, the farther you can look forward.”

You can gain advice not only from history, as Churchill did, but also from history recorded in advance. To those whom God calls, history can be understood in advance through Bible prophecy. These forecasts of the future are indeed obscure to even the great men. But God chooses those of humbler wherewithal to submit to Him, and He opens their minds to the basic principles of human existence, the laws of cause and effect, those “forces of right or wrong” that have determined every human interaction in every generation in every age. With Bible prophecy, He also opens their minds to specific predictions of what will happen with certain nations and even certain individuals in our lifetime.

The Former Prophets, written by my father, Gerald Flurry, shows you that history is prophecy, especially Bible history—and especially the former prophets. This is history that has been miraculously recorded and preserved for thousands of years by God Himself so that it—and He—can be your counselor.