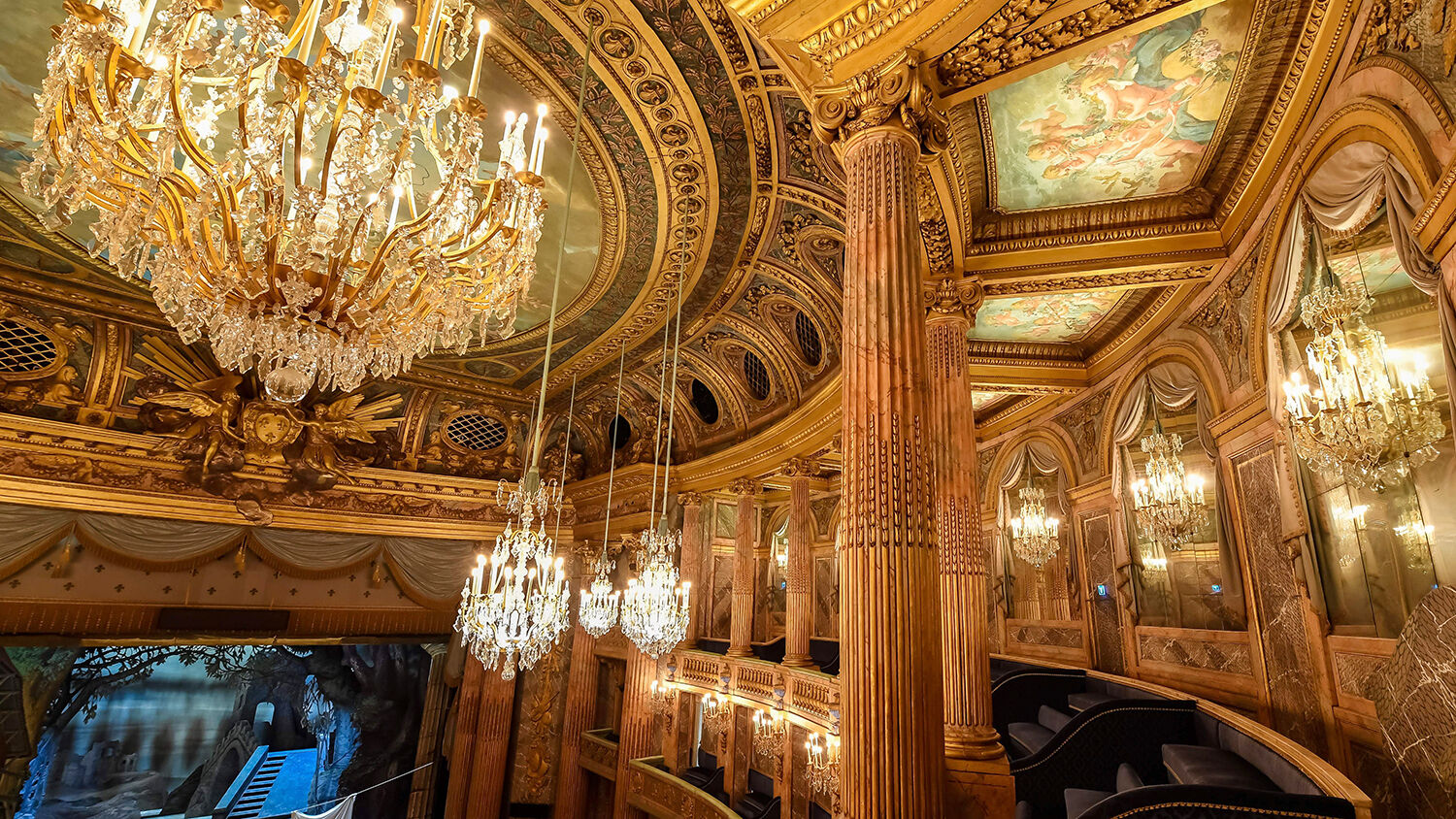 The Royal Opera of the Chateau de Versailles, west of Paris.
BERTRAND GUAY/AFP via Getty Images

God created fine arts and right culture for mankind to enjoy. And science continues to prove its many benefits.

The study, conducted by University College London, analyzed data on 6,000 English adults over the age of 50. After measuring their interest and engagement in the arts over 2004–2005, each adult was then tracked for an average of 12 years.

The researchers found that the adults who spent more time enjoying high culture and the finer things in life lived longer on average. Those who engaged in the arts once or twice a year had a 14 percent lower risk of dying during the tracking period than those who reportedly never engaged in the arts. Those who enjoyed the arts more regularly, at least every few months, had a 31 percent lower risk of death.

This is the first time that cultural experience has been linked to mortality. However, as it is only an observational study, researchers admit that further research is necessary. Its findings could also suggest, for example, that wealthier people are able to enjoy the arts more often, and that wealthier people live longer. But other studies also show the positive impact the arts have on physical and mental health, depression, chronic pain, dementia and other illnesses.

This study fits with God’s perspective on culture and the arts. Throughout His Word, God promotes the arts and pursuing the highest quality possible. He promotes these things because of the good they do us—and this study adds another dimension: extended lifespan.

Many other benefits come from quality cultural and fine arts experience. God’s Church has always had a central role in establishing God’s culture because it points to man’s incredible human potential.

In every way, Ambassador College is unique. In magnificence of its campus—in the tone and character of its buildings and grounds—the physical setting in which it has produced tone and character in young men and women—Ambassador College is certainly unique in a world where education has drifted into materialism. Ambassador has dared to recapture the true values; to restore the most necessary missing dimension in knowledge; to become a cultural character-building institution, concerned with moral, spiritual and ethical values as well as with the intellect.

This wasn’t an idea that originated with Mr. Armstrong. He was merely following the pattern God has established throughout eternity.

God … is the most cultured, brilliant and sophisticated Being. He appreciates the finest things. He is a God of quality. … God is surrounded by brilliance and sophistication.

In the Apostle John’s vision of God’s throne room, he records: “And he that sat was to look upon like a jasper and a sardine stone: and there was a rainbow round about the throne, in sight like unto an emerald. And round about the throne were four and twenty seats: and upon the seats I saw four and twenty elders sitting, clothed in white raiment; and they had on their heads crowns of gold. … And the four beasts had each of them six wings about him; and they were full of eyes within: and they rest not day and night, saying, Holy, holy, holy, Lord God Almighty, which was, and is, and is to come. And when those beasts give glory and honor and thanks to him that sat on the throne, who liveth for ever and ever” (Revelation 4:3-4, 8-9).

In Revelation 5, we read that these 24 elders sing a new song before the throne (verse 9).

All this, you could say, is God’s throne-room culture.

God has His very own culture—this throne-room culture. And as Mr. Malone went on to write, He gave humans a mind like His, minds that can think and reason and appreciate these fine things. God expects us to benefit from this culture and export it around the world and, eventually, to the whole universe. Mr. Malone continued:

Your ability to be inspired by a symphony, to be enriched by a sculpture, or to be uplifted by a sunset is a miracle. That ability is due to a God-like mind that God created in you. … This ability makes the human being a unique creation. No animal has this ability. God gave it only to man, because of our unique and special purpose. Part of the unique God-like mind that humans possess is the ability to appreciate creative, artistic endeavors. … As rulers in the World Tomorrow, we will teach that the physical things are temporary and are not to be idolized, but that they can teach us about God’s mind and character. They point us to spiritual excellence.

We can look to many of the great biblical figures as examples in how to export this throne-room culture. Abraham established Austria as the cultural center of Europe, and to this day, Vienna is the music capital of the world. Moses was trained in the royal Egyptian court. The Levites were arrayed in the finest attire and received the highest education with which to serve ancient Israel. Kings David and Solomon brought Israel to the zenith of cultural prowess. And Solomon built God’s temple, an unmatched architectural accomplishment.

This is the culture that God wants spread throughout the universe. For more information on how highly God values right culture, read our free booklet How God Values Music, by Ryan Malone.