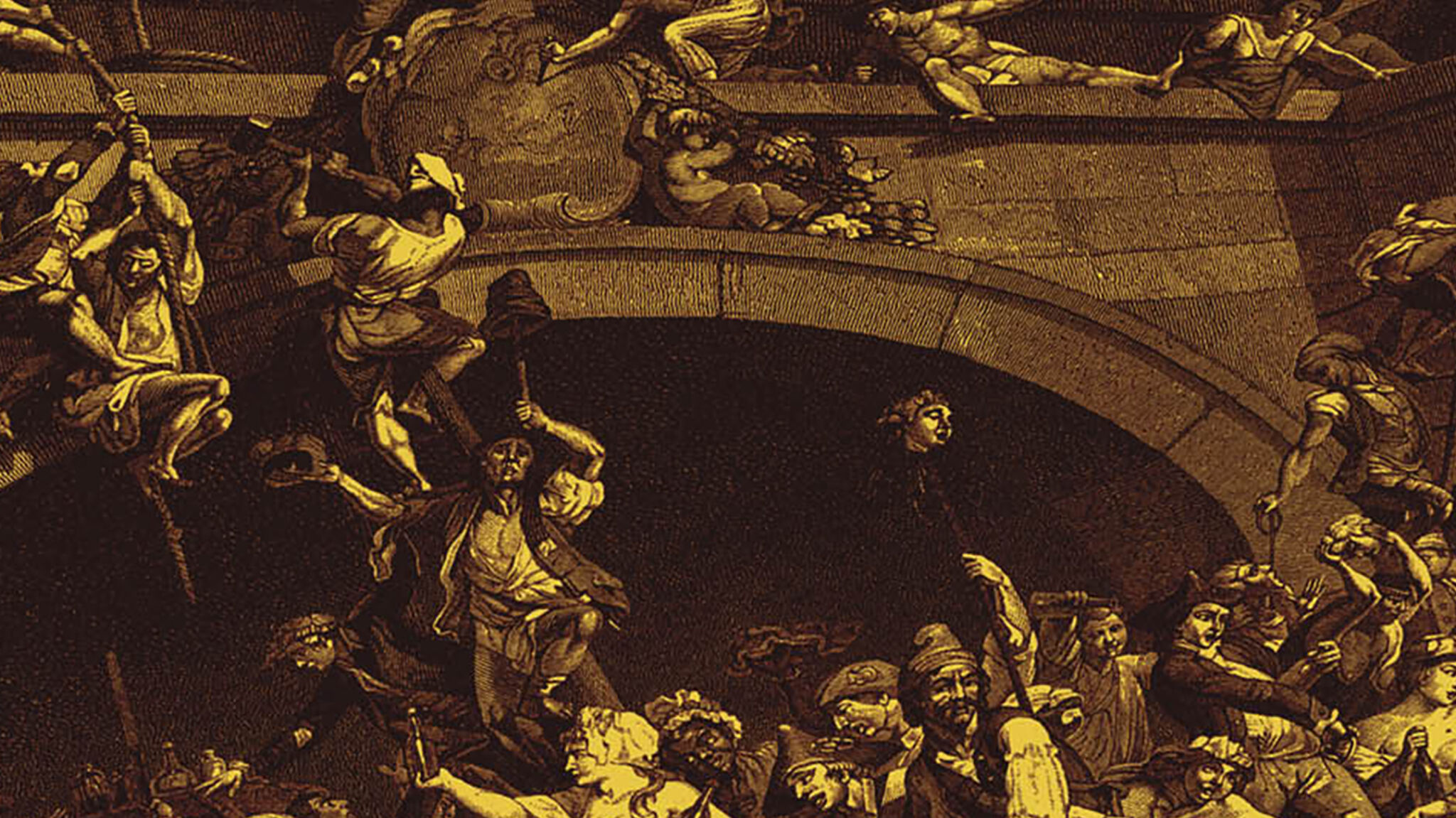 The French Revolution began in 1789 (depending on how you count it). The first constitution, in 1791, created a constitutional monarchy. But the king and the revolutionaries were too divided to work together. A year later, France declared itself a republic. In 1793, it created a new constitution. This helped empower Maximilien Robespierre and the Committee of Public Safety. The Committee soon gained the power to kill anyone it wanted, which it did with gusto. The ensuing Reign of Terror imprisoned 300,000 and executed an estimated 40,000—a precursor to the Communist purges of the 20th century. To describe it, a new term entered the English language: “terrorism.”

Before long, those who were left of France’s leading citizens realized that if they did not destroy the Committee of Public Safety, it would soon destroy them. In 1794, there was a coup. Another constitution followed. Having just received a terrible lesson on the perils of unchecked power, France swung to the other extreme. The new constitution was full of checks and balances constraining the government, making it impotent in the face of hyperinflation, food shortages and military defeat. And because the constitution was nearly impossible to amend, the problems were insoluble. Another coup followed in 1797. Then another in 1798. Then another in June 1799. With government paralysis embedded in an unchangeable constitution, a coup was practically the only way to get anything done.

This constitution was finally destroyed in November 1799. Democracy had repeatedly failed to take hold. Thus, a popular young military officer decided to take charge: Napoleon Bonaparte. As in Rome, the democratic government had already failed—it was just a case of who would pick up the pieces.

Very few democracies founded in the decades after this time survived. In the 19th century, around 25 countries became independent. Of these, only three have survived until the present day without enduring some kind of coup or dictatorship. Canada gained independence (as a British dominion) in 1867 through negotiation. Its government followed the British pattern; to this day, the queen of Canada is Queen Elizabeth ii. Liberia became independent from the United States in 1847; it patterned its constitution after America’s. Belgium became independent from the Netherlands in 1830 as a constitutional monarchy. It was occupied by Germany but suffered no self-inflicted wounds. The other 20-plus nations either never achieved democracy in that century or destroyed their own democracy.

That’s not to say a faulty constitution caused the failures of the rest. In most cases, that wasn’t even a factor; the great majority of these newly independent nations began in a much weaker position than the infancy of the United States. Instead, it shows how few examples we have of long-lived democracies. Failure is the norm. When you consider that most of Europe did not become democratic until the 20th century—in many cases not until after World War ii—it becomes clear that there are few proven ways of organizing a democracy to survive the test of time.

Francis Fukuyama proclaims that the end of the Cold War signaled “The End of History,” as he titled his book. “What we may be witnessing is … the end point of mankind’s ideological evolution and the universalization of Western liberal democracy as the final form of human government,” he writes.

Few have stated this so explicitly, but this has been the general worldview: We have this figured out; democracy is the way to go. But the reality is, this view of democracy as the ultimate end point of human history is simply ahistorical. Instead, democracy has proved fragile and generally short-lived.