An election landslide has Conservatives euphoric. But we need to put it in context. 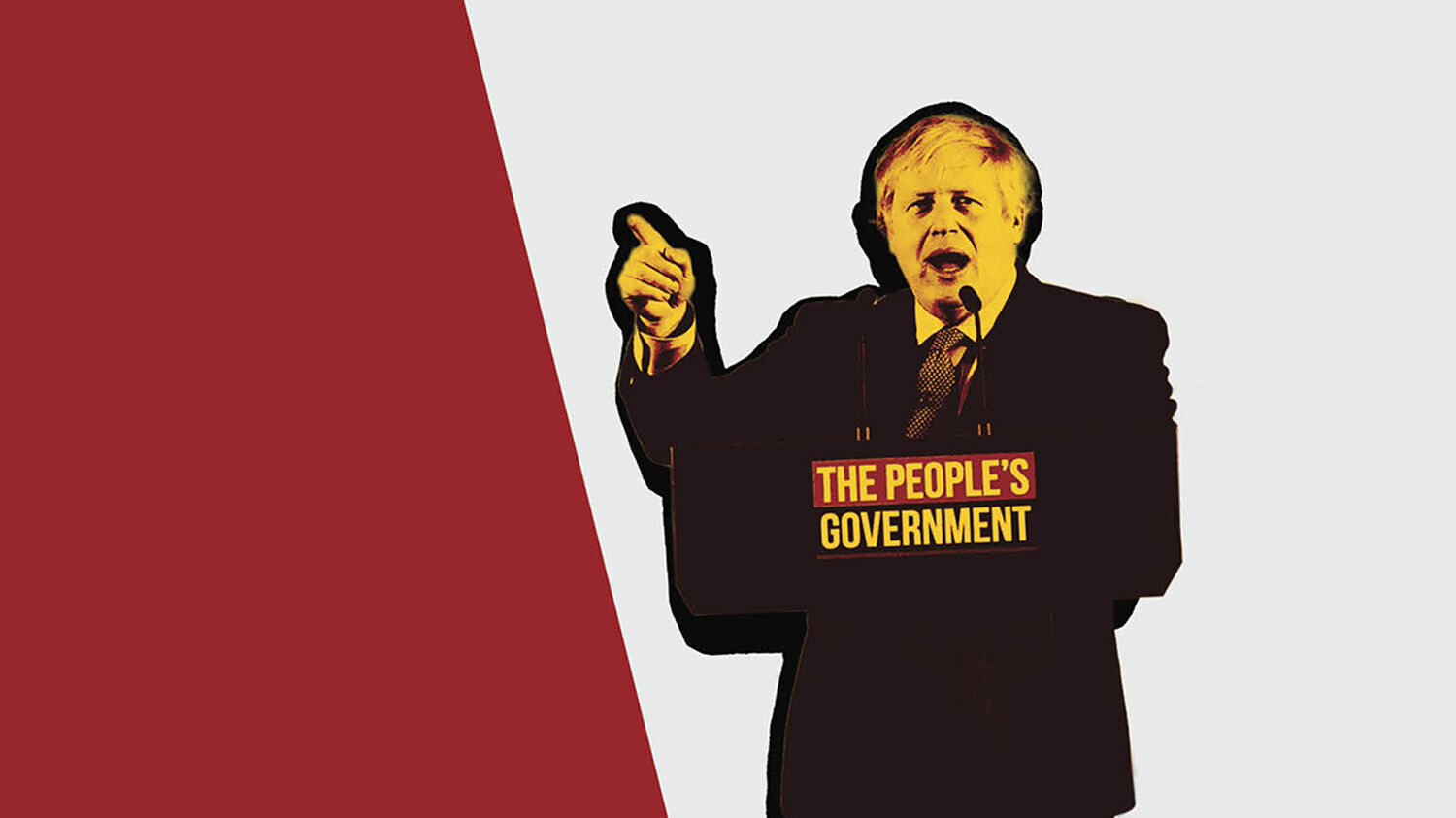 An election landslide has Conservatives euphoric. But we need to put it in context.

You can’t help but notice how closely linked America, Britain and Israel have been recently—in turmoil. In all three countries, the political left has been fighting the will of the people: in America against Donald Trump, in Israel against Benjamin Netanyahu, and in Britain against Brexit. The resulting division and deadlock has been appalling.

But suddenly in Britain, it seems the deadlock was broken. In an election in December, the British people handed Prime Minister Boris Johnson’s Conservative Party a landslide victory—the party’s biggest win since Margaret Thatcher’s astounding victory in 1987. Much to the political establishment’s dismay, Mr. Johnson now has more than enough power to deliver on his signature promise: Get Brexit done.

Before the election, Britain’s liberal media claimed the polls were tight; it was too close to call; the nation was headed for a hung Parliament, or possibly a government led by Jew-hating, Communist-loving Jeremy Corbyn. All wrong: Mr. Corbyn led the Labour Party to its worst election drubbing since World War ii, and he will no longer even lead his own party.

Suddenly the forecasts of a British demise have been forgotten, and Conservatives are euphoric. They represent the perennial hope that comes with such elections: Now we can start fixing things.

Is the hope justified? One thing is certain: This dramatic election accelerated the fulfillment of key end-time biblical prophecies.

Even before World War ii ended, Herbert W. Armstrong forecast that Germany would rise again and lead a union of 10 European nations in a seventh and final resurrection of the Holy Roman Empire. He based this forecast on Bible prophecy (see Revelation 17:12). “Probably Germany will lead and dominate the coming United States of Europe,” Mr. Armstrong wrote more than 60 years ago. “But Britain will be no part of it!” Thanks to Britain’s stunning election, that prophecy will soon be fulfilled.

Mr. Johnson also promises to implement a much more conservative agenda. Melanie Phillips called this a seismic shift that might have “redrawn the British political landscape forever.” The Telegraph’s Allison Pearson considers this “the start of something that could be extraordinary for Britain.”

This too is momentous prophetically. After the election of Donald Trump as United States president in November 2016, Trumpet editor in chief Gerald Flurry indicated that this would help temporarily improve conditions in America and strengthen the nation abroad. Furthermore, he said, since the Bible prophesies that Britain will leave the EU, we would see Britain carry out its June 2016 Brexit referendum, separate from Europe, and follow President Trump’s lead, especially on trade.

While establishment media and prognosticators keep getting it wrong, the Trumpet’s forecast has proved spot on.

This is an Anglo-American resurgence. And it is prophesied in your Bible! In the eighth century b.c., God intervened to save the kingdom of Israel “by the hand of Jeroboam” (2 Kings 14:26-27). The modern descendants of ancient Israel are principally the U.S. and Britain. God is now using a type of King Jeroboam ii to lead our nations through one final period of prosperity and relative peace. It’s not because we deserve it. It’s because of God’s overflowing mercy and love. He is giving us one final opportunity to humble ourselves and turn from our wicked ways (2 Chronicles 7:14).

While Britain’s Conservatives are rejoicing, they are overlooking this sobering truth. Amos 7:8 adds that, after this modern counterpart of ancient Israel’s temporary resurgence, God “will not again pass by” His people Israel anymore. In other words, this is the last warning. Time is almost up for our nations! We only have one brief period of prosperity left.

The reality is that soon, Conservative jubilation in Britain will, for one reason or another, give way to frustration, disappointment and dismay. Conservative promises will ultimately prove illusory, the nation’s rebound fleeting. Then will come the same fate that befell Israel anciently.

The kingdom of Israel declined and was conquered by the Assyrian Empire in 718 b.c. The kingdom of Judah, however, was not conquered at that time; it fell 130 years later. But look carefully at Hosea 5:5: “And the pride of Israel doth testify to his face: therefore shall Israel and Ephraim fall in their iniquity; Judah also shall fall with them.”

Clearly, this too is prophecy. In the end time, the modern nations that descended from the ancient tribes of Ephraim (modern-day Britain), Manasseh (here called “Israel”—the superpower America) and Judah (the prophetic name for the Jewish state of Israel) will collapse together—suddenly!

Why is God so angry with these three nations? “Because they received the most blessings of all—they are the birthright nations and the scepter nation—yet are mired in deep sin,” my father wrote on Nov. 23, 2016, just after Mr. Trump’s election. “In addition, all three of them rejected God’s message from Mr. Armstrong and from His work today. These three nations have a history with God ….”

The news from the nations continually befuddles the mainstream media. Now, conservative sources are giddily headlining this resurgence. But the only way to understand its context is to know Bible prophecy. Then you can not only know where they are leading, you can see the great God behind them.

The United States and Britain in Prophecy
People of the Western world would be stunned—dumbfounded—if they knew! The governments of the United States, Britain, Canada, Australasia, South Africa would set in motion gigantic crash programs—if they knew! They could know! But they don’t! Why?
From The February 2020 Philadelphia Trumpet
View Issue FREE Subscription
Next
Previous