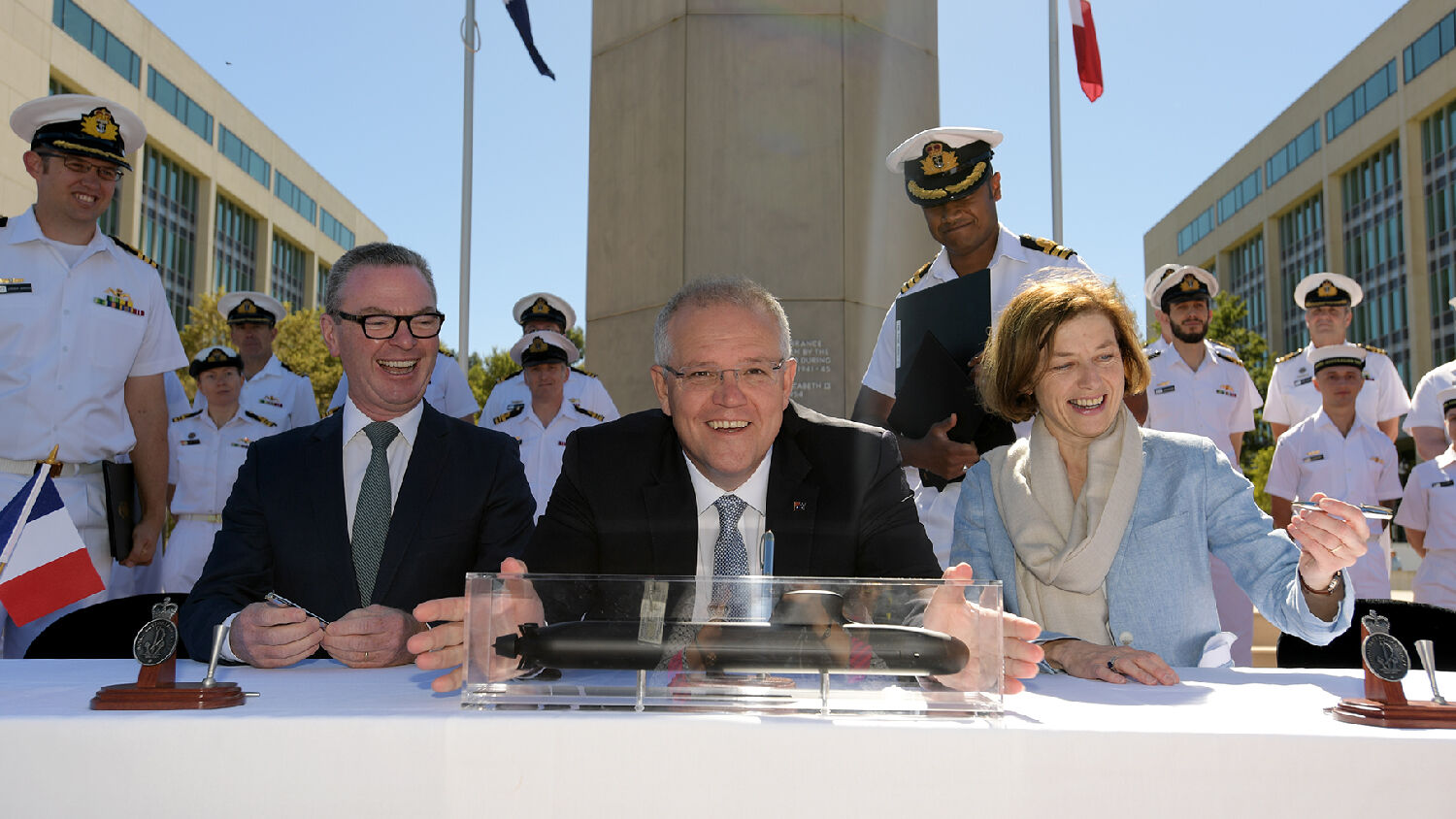 Australian defense officials disclosed recently that its record-breaking submarine deal with France is expected to cost much more than the original estimate. The cost of building the 12 French-designed attack submarines has crept up from the initial estimates of roughly us$35 billion to $55 billion. The Australian government summoned the head of the French shipbuilding company dcns to Australia last month as the two worked to finalize the deal. It is the largest-ever defense procurement project for both Australia and France. For a nation surrounded entirely by water, Australia is putting a lot of trust in France for its future defense.

The deal is proving to be a drawn-out process. dcns won Australia’s contract for more attack submarines in 2016, outbidding Japan’s Mitsubishi and Germany’s ThyssenKrupp. The first of the 12 attack submarines is estimated to enter service in 2034 or 2035. With the explosive rise of China and tensions in the South China Sea, many defense experts claim that the new fleet would not pose a strong enough deterrent in the event of war. Defense and intelligence expert Andrew Davies said: “You could be forgiven for thinking that defense doesn’t really believe the intelligence agencies’ darker prognostications about the near future.”

This deal forces Australia to trust heavily in France. Australia has to rely on France not to abuse the fleet’s technologies and systems. French Defense Minister Florence Parly was present at the signing ceremony in Canberra. Parly said, “It takes a lot of confidence for Australia to bet on France and a lot of confidence for France to share with Australia the capability that is so close to the core of our sovereignty and our strategic autonomy and a result of immense investment over decades.”

Can Australia rely on France? The late Herbert W. Armstrong, founder of the Plain Truth magazine (predecessor to the Trumpet), long warned that France would betray America and the British Commonwealth. Mr. Armstrong consistently taught that France would be included in the prophesied seventh and final resurrection of the Holy Roman Empire.

Most of the French people today are descendants of the biblical patriarch Reuben. The mighty blessings that God promised to Abraham—which were passed on to Isaac, then Jacob—would ordinarily have passed to Jacob’s firstborn son, Reuben. Reuben lost this tremendous birthright because he “defiled his father’s bed” (1 Chronicles 5:1-2). These Bible verses show that the birthright was passed on to Joseph, Jacob’s firstborn son by Rachel, his other wife.

In jealousy, Reuben and the other brothers betrayed Joseph, selling him into slavery. Your Bible says that Reuben’s descendants will once again betray the descendants of Joseph—America and the British Commonwealth, including Australia. (To learn more about the modern-day identities of Joseph’s descendants, request our free book The United States and Britain in Prophecy, by Herbert Armstrong.) In “France Is Betraying America and Fulfilling Bible Prophecy!” Trumpet editor in chief Gerald Flurry wrote:

It was a betrayal that ended up enslaving [Reuben’s] younger brother [Joseph]!

Your Bible says Reuben’s modern descendants will again betray the latter-day descendants of Joseph—America and Britain!

The Bible prophesies of a European superpower led by Germany. France will meekly submit to and participate in this German-dominated “beast” of Revelation 13. In so doing, France will cruelly betray the allies it fought alongside in two world wars against Germany! Yes, Reuben’s descendants will play a treacherous role in “selling” their brother into captivity and slavery, just as their ancestor did more than 3,700 years ago!

We are seeing the lead-up to this prophecy being fulfilled before our eyes.

In the submarine deal, France’s dcns is partnering with Italian shipbuilder Fincantieri. This alliance sets a precedent for further industrial teamwork between the two nations. As the Bible shows, both France and Italy will be included in the final resurrection of the Holy Roman Empire!