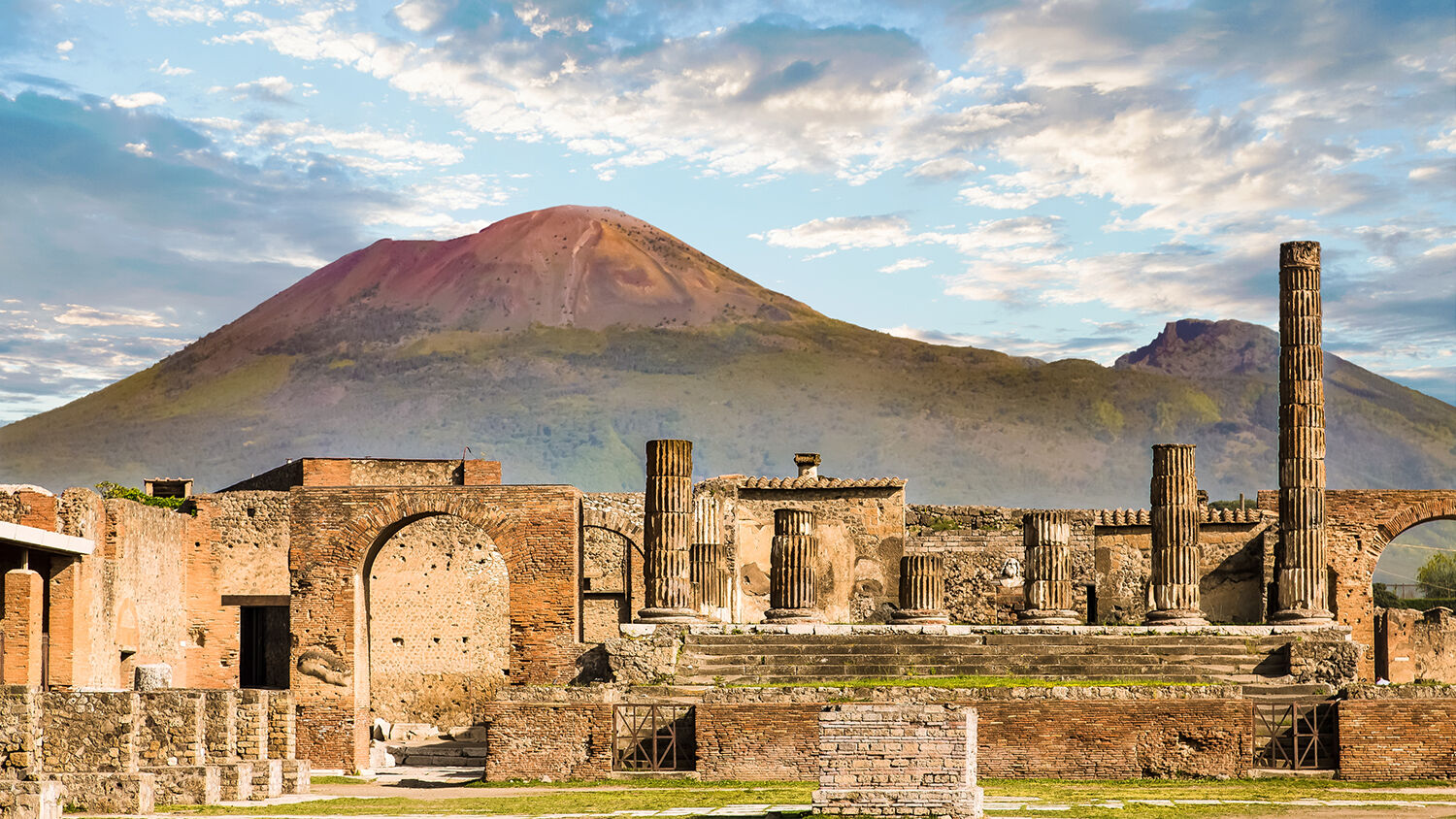 Man has often dreamed of building some kind of machine to go back in time. That is, of course, impossible; but over the Thanksgiving break, my wife and I visited what may be the next best thing.

We were indulging my fascination of all things Roman by visiting the city of Pompeii.

This is one of the most amazing archaeological sites I’ve ever visited. About 10,000 people lived there until a volcanic eruption in a.d. 79 destroyed the whole town. Today, it’s incredibly well preserved. You can walk down streets and wander through houses that have been empty for nearly 2,000 years. I don’t think I’ve been anywhere that makes the past so tangible.

Pompeii is part of a vast array of Roman sites, artifacts and texts that survive to this day. You could spend a lifetime studying them, yet not master all of the material. The wealth of details about a time period so distant is part of what makes Rome so fascinating to me.

The history of Pompeii and Rome opens a window to a past that is both strangely alien and strikingly familiar.

Looking through this window helps give us critical insight into our modern society.

Parts of Pompeii feels familiar. The amphitheater held 20,000 sports fans, who bought food at street-side fast-food stands and who supported their sides so passionately that fights sometimes broke out between opposing fans.

Then you remember what the “sports” were that took place there, and it feels quite unfamiliar: This structure, the oldest known Roman building of its kind, was built solely for the purpose of watching slaves fight and kill each other.

At the archaeological museum in Naples, you see paintings of family life from Pompeii. So much looks familiar: A husband and wife nervously pose for a picture. Two brothers do their homework. Guests come over for dinner. Other parts are abhorrent: A child didn’t count as human until he or she was accepted by the father. A rejected child had no legal rights and would be left to die of exposure on a rubbish dump.

The Roman world had an advanced economy, high-rise apartment blocks and sprawling cities. It also had slavery. Some estimates put the first-century population of slaves in Italy as high as 40 percent.

These were people just like us. They had the same human nature, with similar hopes, fears and pleasures. We see it in their homes, their shops and their musical halls. There’s something sobering in realizing that people so much like us committed such appalling evils and did not consider them evil.

As we stroll through the ruins and pace past the exhibits, we muse at how shocking were these evils of bygone eras. Romans murdered babies. Early Americans owned slaves. They are barbarians compared to us.

Then you realize something else about the Romans. When they looked at other societies, they surely saw barbarity. Surely they conversed casually about the child sacrifices of some Eastern religions as they sat in restaurants or strolled past the rubbish dump on the way to the gladiator deathmatch.

People don’t see their own evils. Looking in from the outside, we clearly see some horrors for what they are. Looking at the city around us, we see everything as normal.

What about us? Are we doing things that an outside observer from the future will recognize as abhorrent?

Take this view from higher up, and it’s clear that there are. We may leave babies to die only in rare instances, but every year, Americans reach into the womb with crushing and tearing instruments and vacuums to kill about 600,000 babies. That dwarfs anything that went on in Rome. Written evidence shows that Romans allowed the murder of babies, but archaeological evidence indicates parents rarely exercised that “right.” You can’t say the same about us today.

There is probably much more. I’m sure there are things that I myself am accustomed to. I may regard them as unpleasant or bad, but they’re “normal,” and I’m sure I don’t fully recognize the evil as clearly as I would with this outside perspective.

“Today we are lost in the present—rejecting the past and blind to the future!” wrote editor in chief Gerald Flurry in a 1998 Trumpet article. “We have lost the big overview.”

Wandering in the present means having no sense of where we came from or where we are going. It means losing your moral compass. Because you have no idea which standards are right or wrong, you go along with whatever is accepted in the here and now.

Mr. Flurry wrote about being “lost in the present” in regards to human nature. Jeremiah 17:9 tells us that the human heart “is deceitful above all things, and desperately wicked.” Herbert W. Armstrong wrote, “Human nature wants to be good—to consider itself and be considered good, while it wants only to do evil.” This is exactly what happens if you’re lost in the present. We judge societies by our own current standards. The result is that the current society always looks pretty good! It gives the illusion of perpetual progress. Everywhere you look in the past, you see evils—but you don’t see anything remotely as bad today.

But get to know people in another era, and you see people just like us. They weren’t primitive barbarians or ape-like creatures. We see that they committed appalling evils while considering themselves to be good. If you have even an ounce of humility, you have to ask yourself, Are we not doing the same thing?

Instead, if we study history at all, it’s with a political agenda, or it’s “gotcha history.” We don’t try to understand the past, we just search for faults—and when we find them, use them to bolster our own superiority. In many cases, we don’t even realize we are doing it.

For a society to refuse to confront its evils is deadly. Yet no society wants to. When Christians in the first century showed that society around them was evil, they were killed in the same amphitheaters built to house gladiator fights. Today, you can be denounced and shouted down by a vicious media.

In our present world, most of us passively or actively think we are much more sophisticated and good than any who have gone before us. This arrogance blinds us to all lessons from history. If those in the past are our inferiors, with these glaring evils, what can they teach us, and why should we study them? Our ignorance of history makes us arrogant. And our arrogance makes us stay ignorant.

Mr. Flurry called our failure to see the evil in our own hearts and minds “the number one problem of humanity today.” Understanding the truth about Jeremiah 17:9 and the evil of the human heart is “more important than any education in this world.”

“When we understand it, radical action is necessary,” he wrote.

We are no more righteous than the people of Pompeii. We just see the sins of other societies more clearly than we see our own.

The truth is, we have the same kind of huge flaws. And as a society or as individuals, we need to take radical actions to fix them. To learn more about the human heart, and the radical action we can take, read “No Hope in Man” from our free booklet Jeremiah and the Greatest Vision in the Bible.